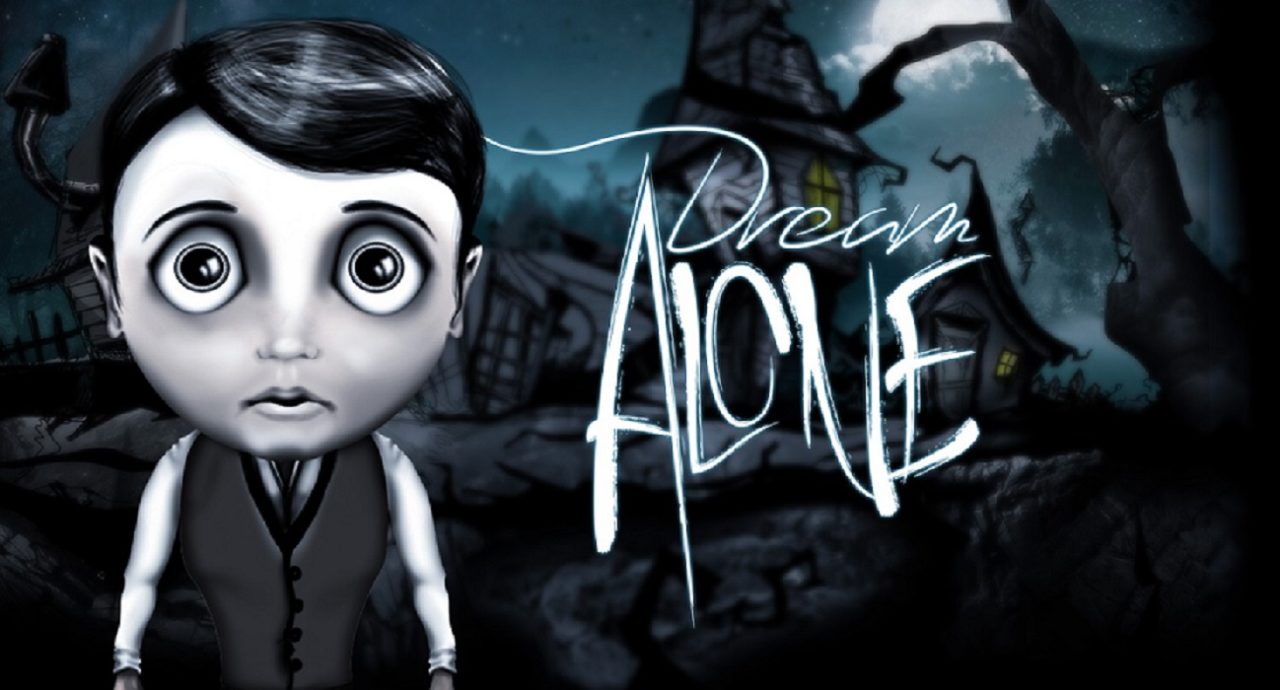 Dream Alone absorbs you immediately into the darkness of its world. The creepy black and white art style establishes in a matter of seconds what kind of game it will be.

The sunken eyes and swollen heads of the characters in the story are reminiscent of Tim Burton films, with a darkly atmospheric background and narrative to match. You play as the only member of a community who has not yet been rendered unconscious by a mysterious disease. After your whole family is struck by the illness, you decide to go on a quest to find Lady Death, a sorceress rumoured to have the ability to reverse the sickness and revive your loved ones.

The gameplay is simple but enjoyably challenging. The 2D side-scrolling format is familiar enough, with a level of creativity that makes you think hard about how to get from stage to stage.

You come across traps in the ground and enemies that can kill you at a single touch, and you’ll need to put some effort into solving the more complex transitions from place to place.

The twist in the gameplay comes in the form of magical abilities that you develop through drinking glowing white bottles you find on your journey. These allow you to jump temporarily into another dimension, slow time or create a clone of yourself to pass by puzzles with no solution in your own reality.

The world you traverse is wonderfully atmospheric. It is dark enough that you feel as if you are just as immersed in fog and rain as your character. The ongoing rain adds to this sensation, with flashes of thunder and lightning creating a genuinely chilling setting for your adventure.

When you cross into the other world, the eeriness gets even stronger. Instead of the black and white world you started in, this one is red as if doused in the blood of those you have lost. Corpses are speared all around you and creatures with bald heads and stretching arms loom out of the darkness towards you.

If you do manage to stumble into a trap or get on the wrong side of a monster, your death is brutal and violent. Blood an offensively bright shade of red splatters across the screen as your head tumbles away from your body.

It takes a while to get used to.

Dream Alone is simple enough in its structure, but makes good use of innovations in the format to make it really interesting. Probably its most defining feature is the atmosphere, which is consistently tense and draws you deep into the mystery and doesn’t let you out again until you’ve solved it.

Even amongst the wealth of great games available on the Switch, there aren’t many that can offer all of that for less than $10.

Dream Alone has a simple premise and a big atmosphere, with a background design that is genuinely chilling and puzzles that will make you think.