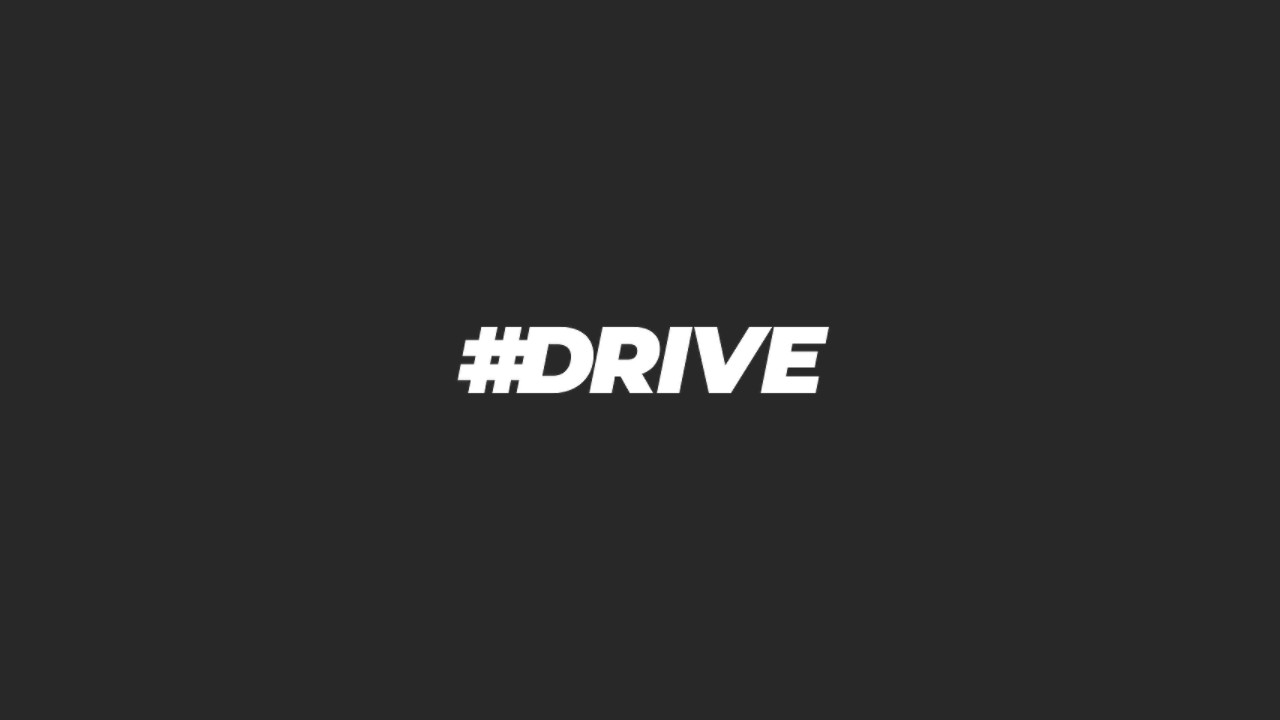 #DRIVE is a simulation game where you do what the title says: drive. The premise of the game is to hop in a car and keep driving to see how far you can go. Oh, and try not to hit anything along the way. 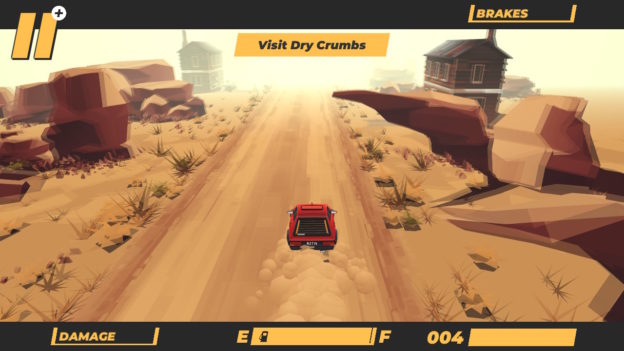 To be honest, there isn’t a whole lot to say about this game. When turning it on, you can choose a few different cars to drive, but only one is available at the beginning. You can choose which controls you want—using the left analog stick to steer, A to drift, and B to brake (which is what I chose), or you can use the shoulder buttons to steer, drift, and brake. Then you hit the road.

While there are eight different locations to drive through, it’s an endless course. The point is to see how far you can go in one sitting. You’ll always begin in the same area and keep driving through the rest.

Along the way, there are pit stops you can drive by to get more gas or fix your car in case you bump into the occasional car or building. You can graze other objects, but if you hit something head-on or too hard then you crash and it’s game over. Of course, there are no lives or anything like that. Once you crash, you start at the beginning again. 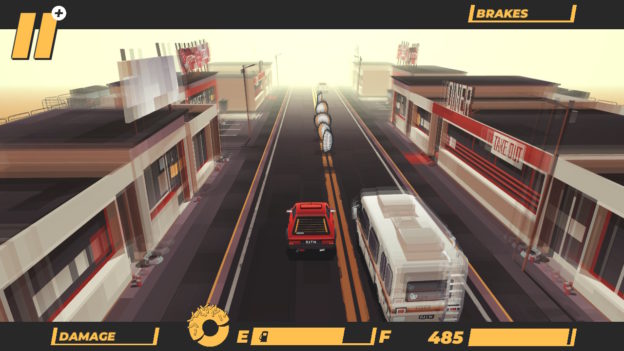 Coins are on the road for you to collect, and you can sometimes get temporary power-ups. For example, there’s a magnet that will bring the coins to you. These coins can be used to buy other cars. The cars are versatile enough, some being faster than others. However, I stuck with the first car, the basic car, because that’s what I was used to.

For a simulation game with only one focus, controls are a big deal. Trust me, it’s going to take a few tries to get used to the controls. The car acts like it’s hydroplaning, so you need to carefully tilt the analog stick to take it easy and utilize the drifting mechanic. This was frustrating at the beginning, and it’s quite easy to lose control of your car. So, if you’ve made it pretty far and you suddenly crash into a utility pole, you may feel like rage quitting. 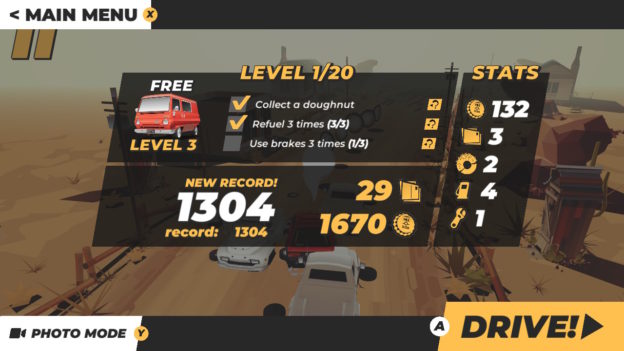 There’s nothing to work toward in #DRIVE other than to see how far you can get. You can try to beat your score through the point system, but there’s no online capability or anything to compete with others. You gain levels, as well, if you complete tasks such as getting gas or pressing the brake three times throughout your run. The problem with this is that you don’t know these tasks until you lose and have to start over. You can’t check what you’re trying to work toward. So, if you’re having a good run and would like to complete new tasks, your only option is to fail the current run and start again.

Overall, #DRIVE wasn’t a bad game. It’s not as fun as a racing game with friends or NPCs, but this isn’t a bad game if you want something chill. You just need to get used to the controls and understand there’s not much of an endgame.

#DRIVE is a low-key simulation game with pretty backdrops that will relax you but may not keep you entertained for long.