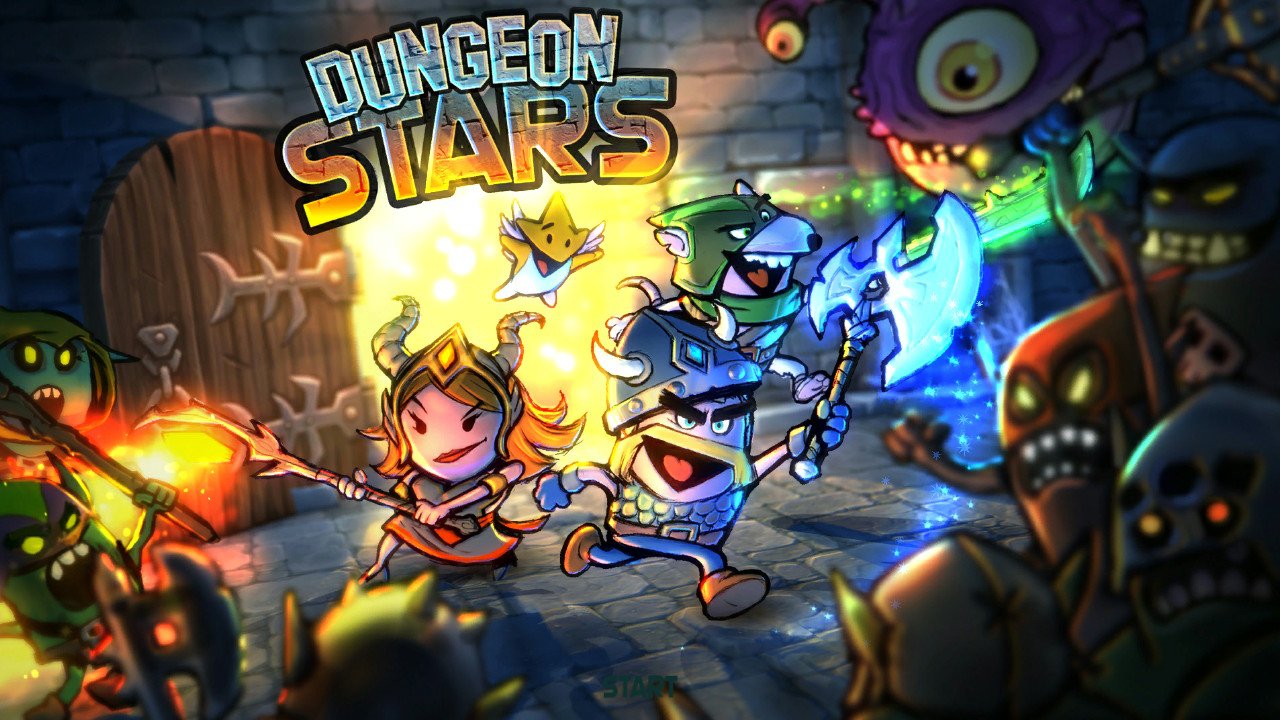 For side-scrolling, dungeon-crawling gamers, Dungeon Stars is a casual game that fits most players’ lifestyles.

The designs consist of goblins and playable characters that almost remind me of Globoxes (from Rayman) with helms. The little noises the NPCs make as they battle you also feel very much like the characters from similar past adventure titles – little high-pitched growls as they charge toward you and swing.

Developed by Furnace Games, Dungeon Stars begins telling the tale of a world full of light now left in looming darkness as a mysterious monster takes over the dungeons below and quaint village around it. It is up to your band of playable characters to take on these foes that have risen from the darkness and restore the light back into the world. 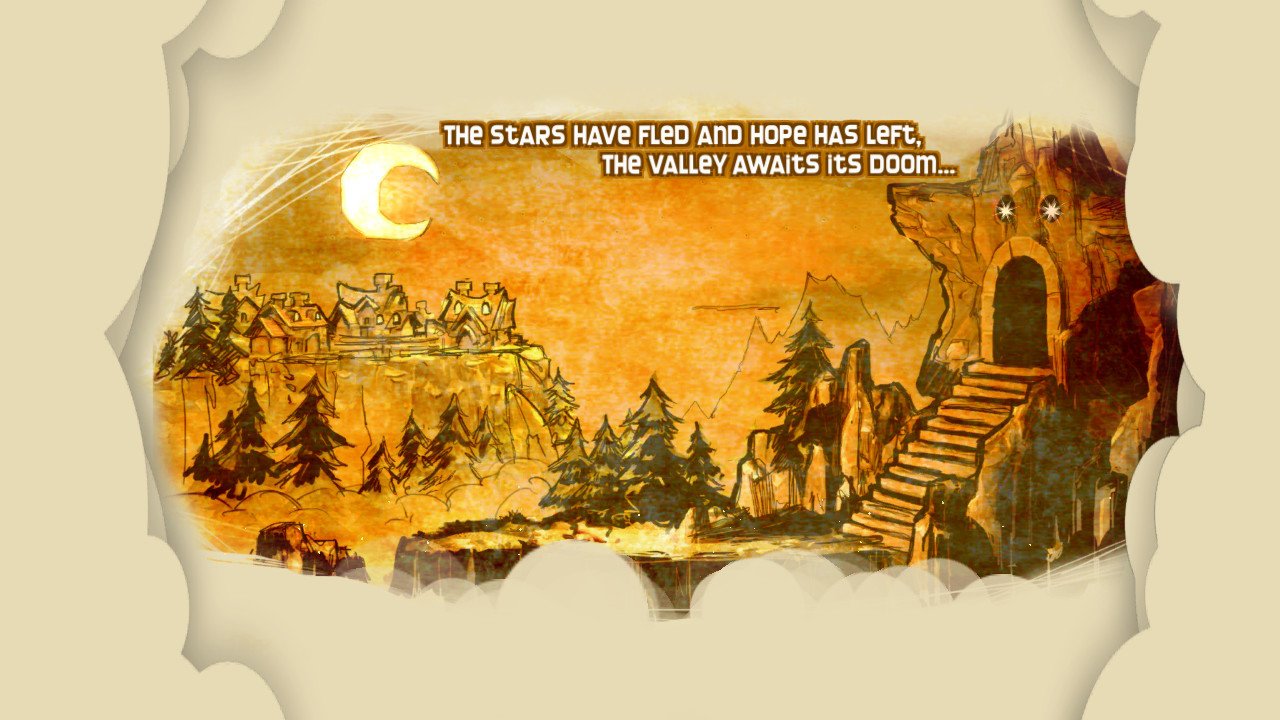 You do this by collecting stars and releasing captured friendlies throughout each level of the dungeon.

The dungeons look and feel like fantasy orc or goblin mines, in a cartoon-sense, with smoothed detailing of stone, even balances of lantern light and shadow, and a soundtrack that feels battle-ready but blends into the background easily as to not be a distraction.

When I first started playing, I found myself a little bored until I was able to upgrade my weapons and characters. While the title possesses its own charm, the gameplay benefits from the utilization of different skills and weapons to make the overall experience more enticing.

Each level is more or less the same, but even if you die and play through a level, the actual enemies and environments may change. 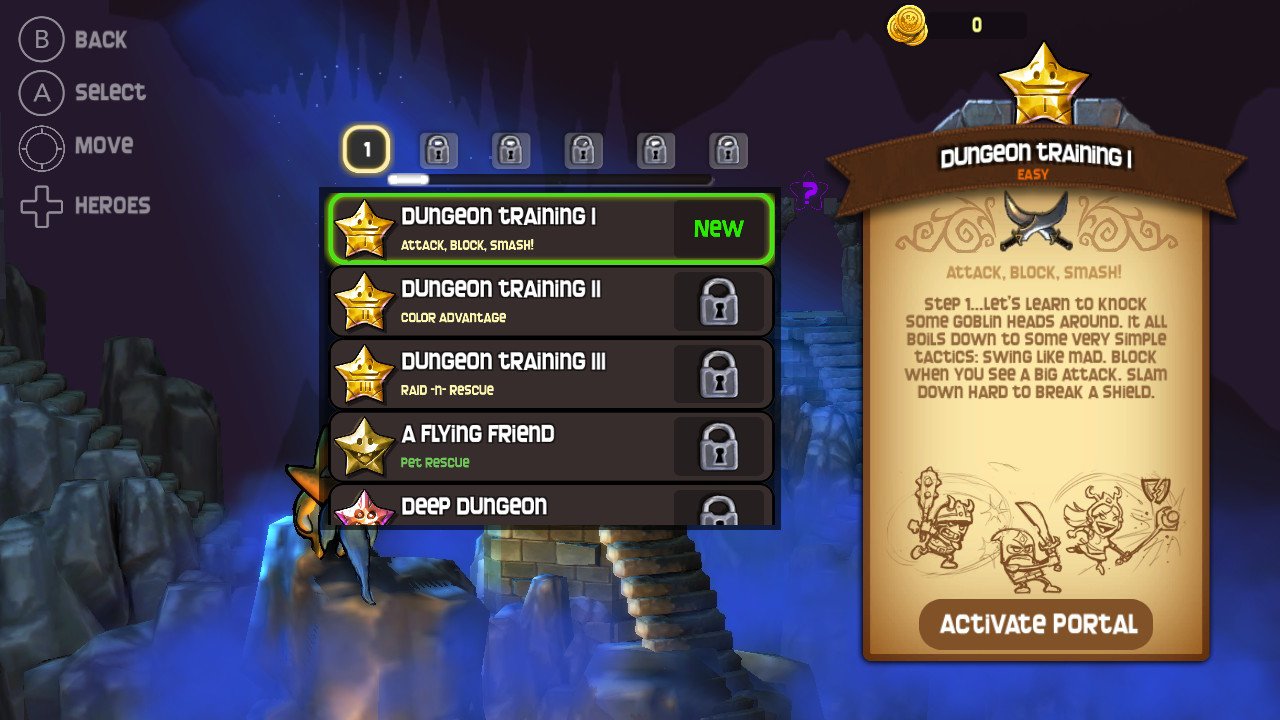 This shake-up made things difficult when I wanted to exact revenge on a particular goblin or two, but it managed to keep me on my toes for what might be next.

With the flick of a button, or when a character is defeated, you can switch between the players to build your own strategy floor-by-floor.

The deeper I got into the dungeons, the more ferocious the enemies became.

But the advantages of the battle-style come into play even in masses. Not only does the full swing of your weapon have its own damaging effects, but when your character pulls the weapon back towards them, you also deal a fraction of damage.

For the weaker enemies, this was particularly satisfying, as you could take them out usually in one mash of the A button.

You’re also afforded a block with the Y button, which I put to use regularly when bombarded by more than one enemy. This blocking mechanic can interrupt any attack you’ve already put into action, which makes for a satisfying quick-swing to quick-block if you see a spell firing in your direction almost too late.

There are even big-name titles I’ve played in the past that put so much effort into the theatrics of your swing it actually prohibits your ability to enact another defense or offense when you need it. Dungeon Stars doesn’t do this to the player, however. The mechanics are smooth and built to make you a proactive and reactive hero while in the darkest floors of the dungeon. 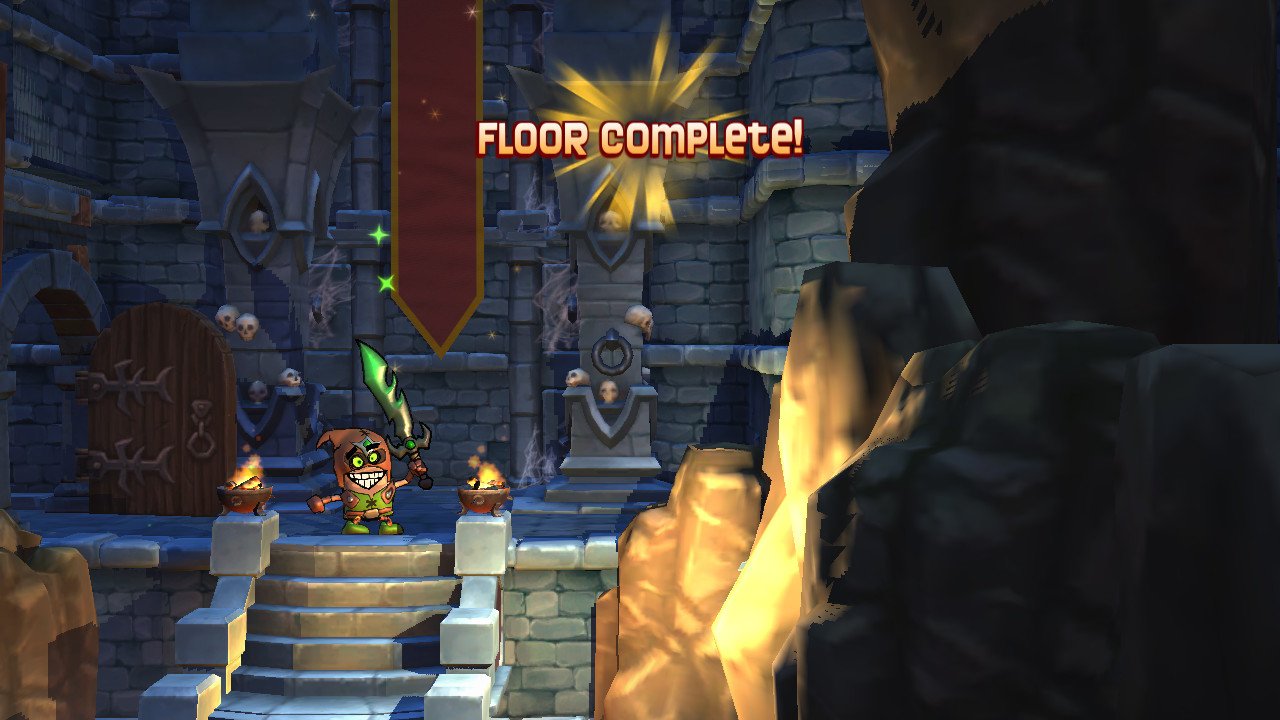 For those addicted to dungeon-crawler titles like Dungeon Stars, this is an easy $9.99 purchase on the Nintendo E-Shop.

And for someone like myself who doesn’t particularly crave titles like these, I’ve had a lot of fun seeing how far I can get in this easy-to-dive-into title.

While this game may not have a lot of wow-factor, it is visually pleasing and the battle-mechanics are built for players who enjoy an adaptable hack-and-slash play style.