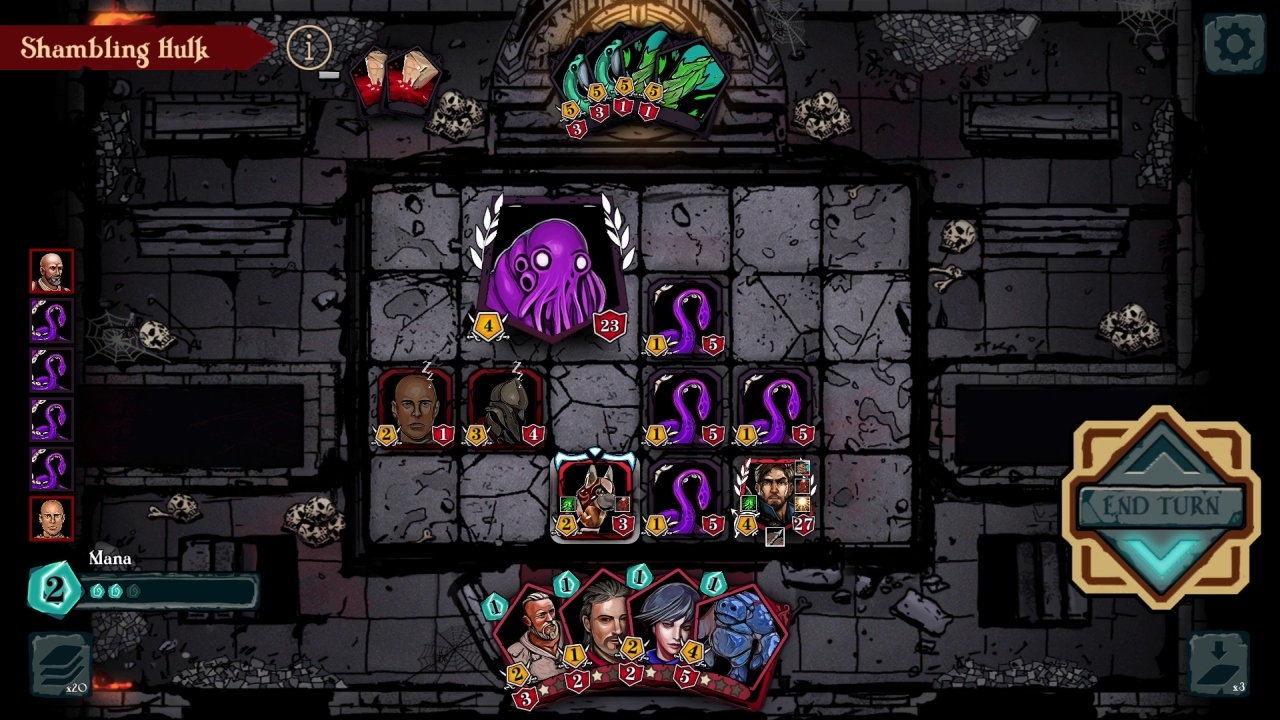 DungeonTop, you'll always be home sweet home to me.

Grab your deck; it’s time to take another dungeon dive with DungeonTop. This game is easily recognized as a computerized, deck-building version of a classic, turn-based D&D game. I do like the whole D&D genre for a bit of escapist fun, so let’s get right to the game, shall we?

The Steel Curse has left the land without defense, and you get to help fix this situation. Thankfully, DungeonTop provides some decent intro material that steps the player through the basics of using the deck, moving, attacking, etc. I appreciate a good tutorial because, no matter how many games you play, there are always some differences in how things are done. Good games will make sure all the new gamers out there have an even chance to understand how gameplay works and avoid the sort of frustration which might lead them to discard an otherwise fun game. 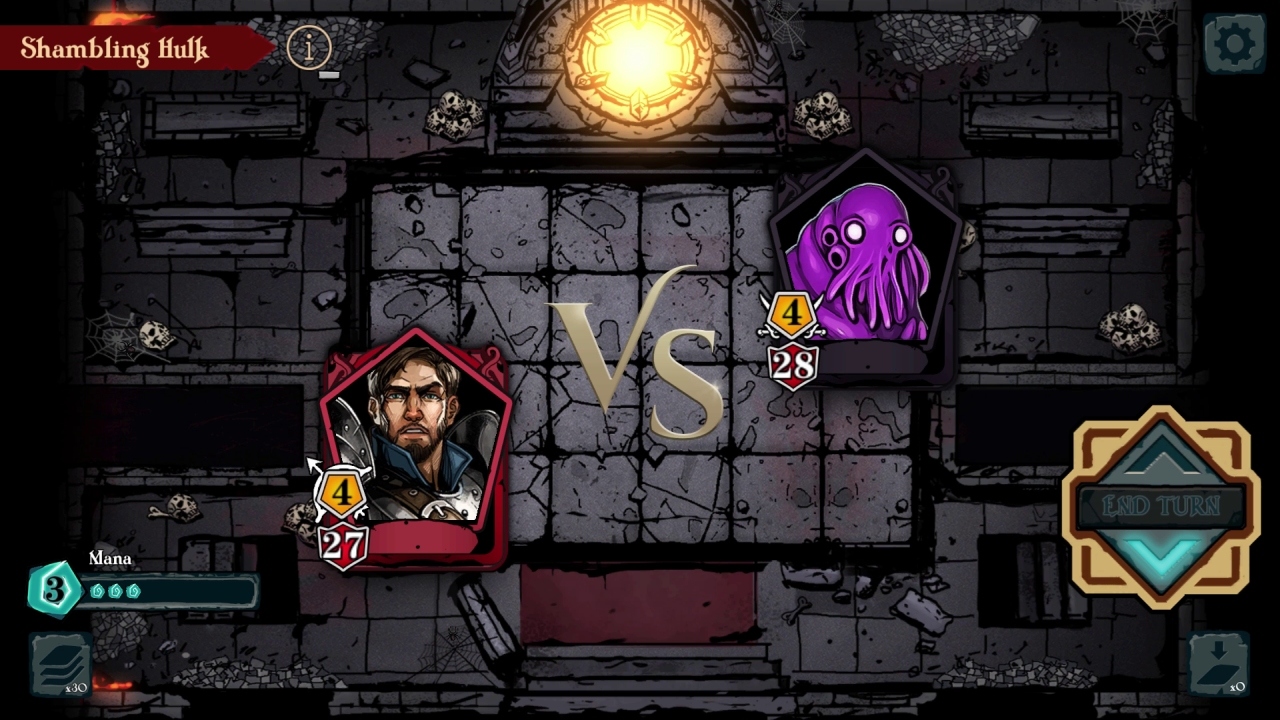 After working through the introduction, the game presents a very easy to use interface. The left JoyCon moves the selection or indicates a square on the map to which you want to move. The A button executes an action (move, attack, select, etc.). The ZR button ends your turn.

You start by selecting which group you want to represent. There are a few options with different strengths, but all are readily playable. In the main menu, you can access an extensive set of rules as well as a library of cards and classes. You can also check on your progress or create a new hero. This ability to set up new heroes means you get good value in play time. There are over 50 achievements and plenty of levels and encounters, so this game can keep you busy for a while.

The dungeon map is a series of hallways and rooms. Some of the rooms will have locked doors, and you may need to complete the challenges in the other rooms before the doors can be opened. 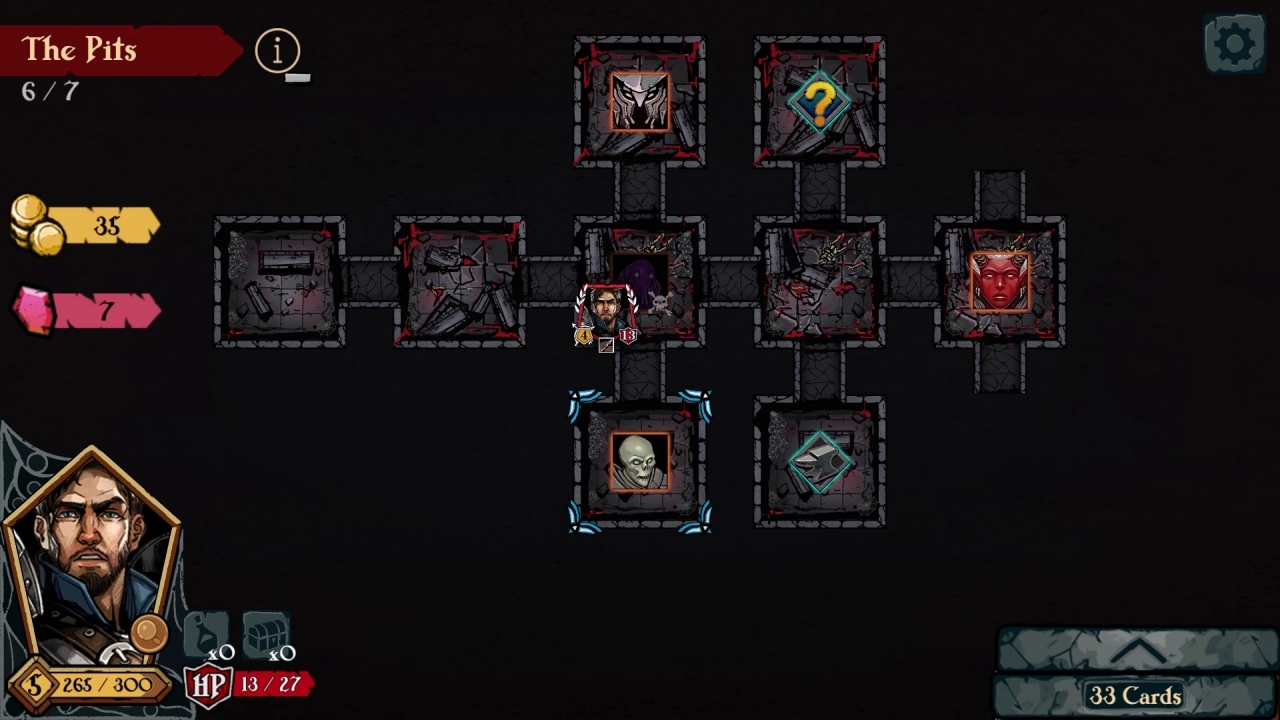 When you select a room, you will be shown what enemy lurks within. You will also be allowed to either attack or make a discrete exit. If you want to charge in and attack, you get another bonus from the game; you get to see what cards the enemy has ready to play against you.

When you walk into the room and initiate combat, you start with just yourself and the bad-guy leader on a square grid. You can move one space at a time, but only up/down/left/right; you don’t get diagonal, but neither does your opponent. Three mana points are provided at the start of each turn, and each additional card you play will cost one or more mana. You can use cards to add an attack or add a combatant to your side. When you add troops, you can only add them adjacent to you or to another member of your team.

With the restrictions around mana, movement, and placement, you will need to consider your strategy carefully. Pay attention to where you place your troops or you could find yourself surrounded by the enemy and bashed to a whimpering, purple paste (not really, it’s just a game). The starting grids are only 4 x 4 squares and are fairly easy to manage. The playing fields get larger as you advance, so you need to be very careful about managing troop placement and mana use. 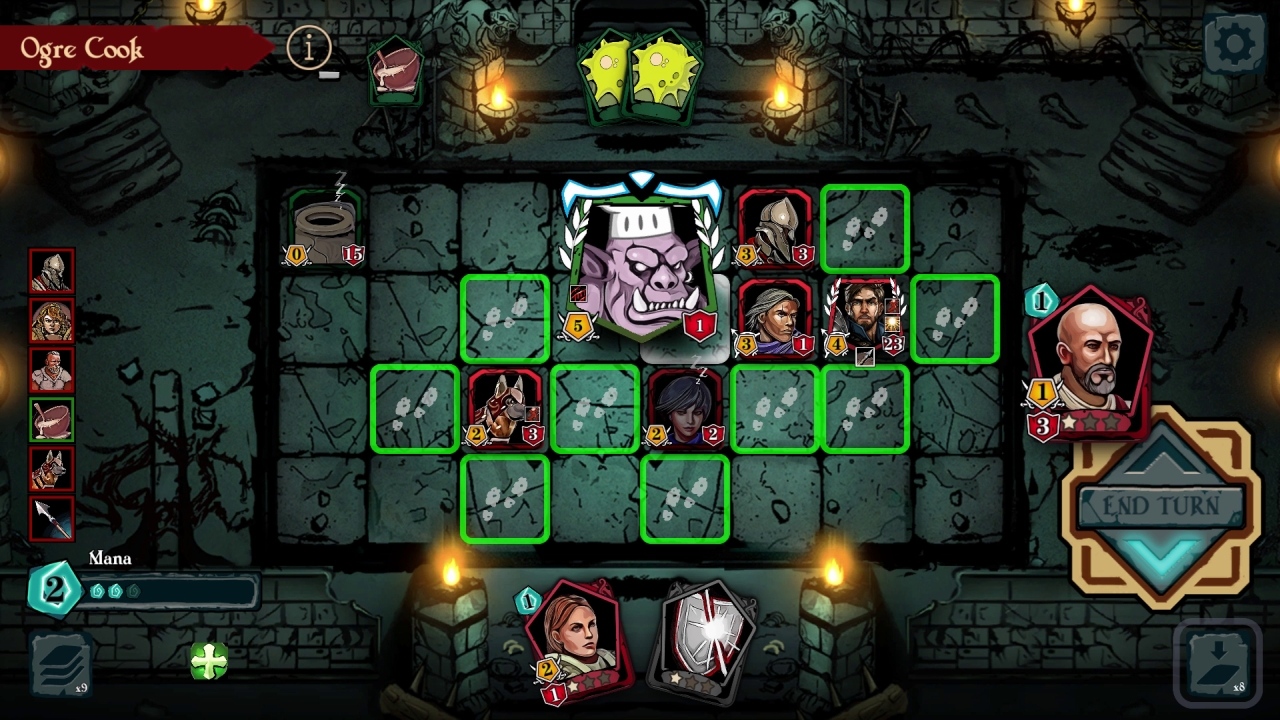 Looking at the cards in your deck, you will see different kinds of troops, attacks, potions, and so on. Most of the attacks and troops can be upgraded. There are some stars on the card, with most cards starting with one star highlighted and two grey, indicating you can upgrade the card two times for added effect. There is a wide variety of fighter cards, and each fighter will have a set of skills, attack power, and hit points. As you earn points in the game, you can spend them to level up your cards. There is also a “cleric” in the game with whom you deal to remove unwanted cards from your deck. You will want to keep track of this one because when you clear a new room you will be offered new cards as part of the loot if you win the battle. 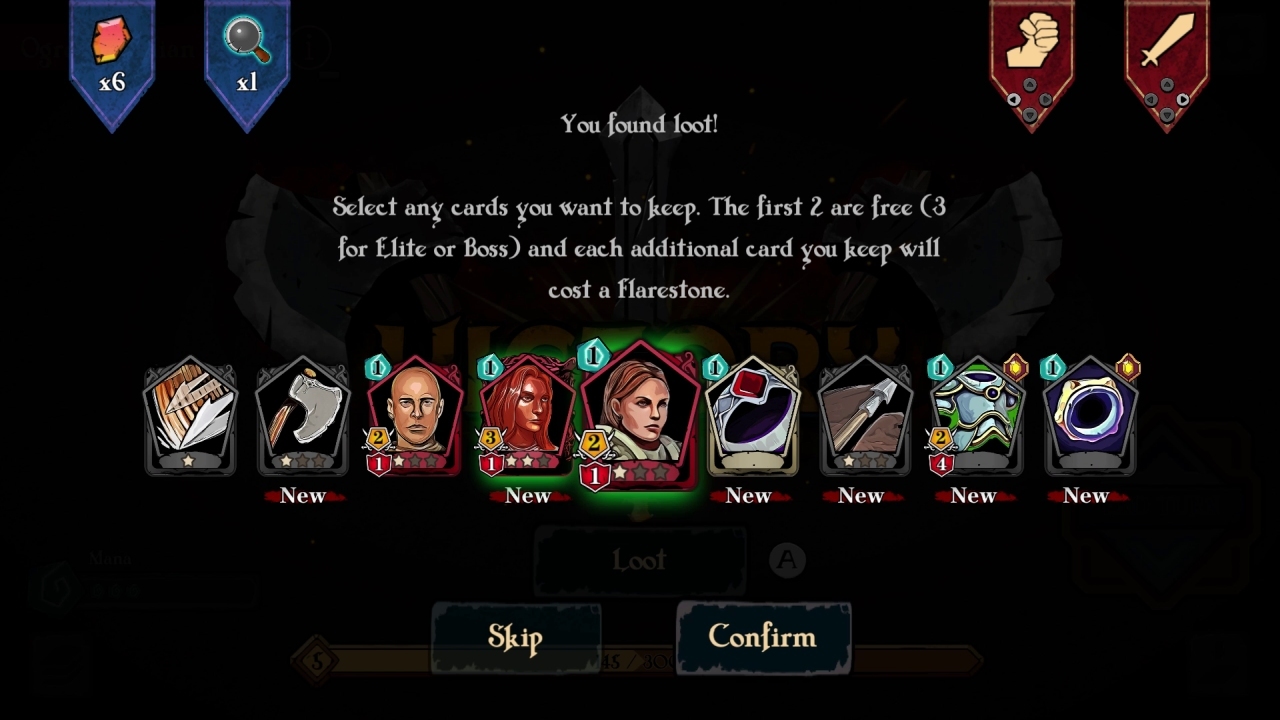 The looks of the game are actually pretty good. The imagery is a cross between later edition AD&D handbook art and comic book style art. There is not a lot of motion in the action (you’re playing a “card” game, after all), but the art and animations are well done. The controls have been kept simple and easy to use.

DungeonTop requires some strategic thinking and good tactics. There is a decent enough story that adds color to some aspects of the game, but for a dungeon crawl you don’t really need a lot of story. The exploration feature is good enough to keep the player moving along, and the combat, deck management, and upgrading decisions are engaging enough to keep the player occupied and entertained.

I have played a few card-style games (IRL and digital), and DungeonTop is a pretty good option. If you are in the mood for a more casual dungeon crawl, this is a fun game.