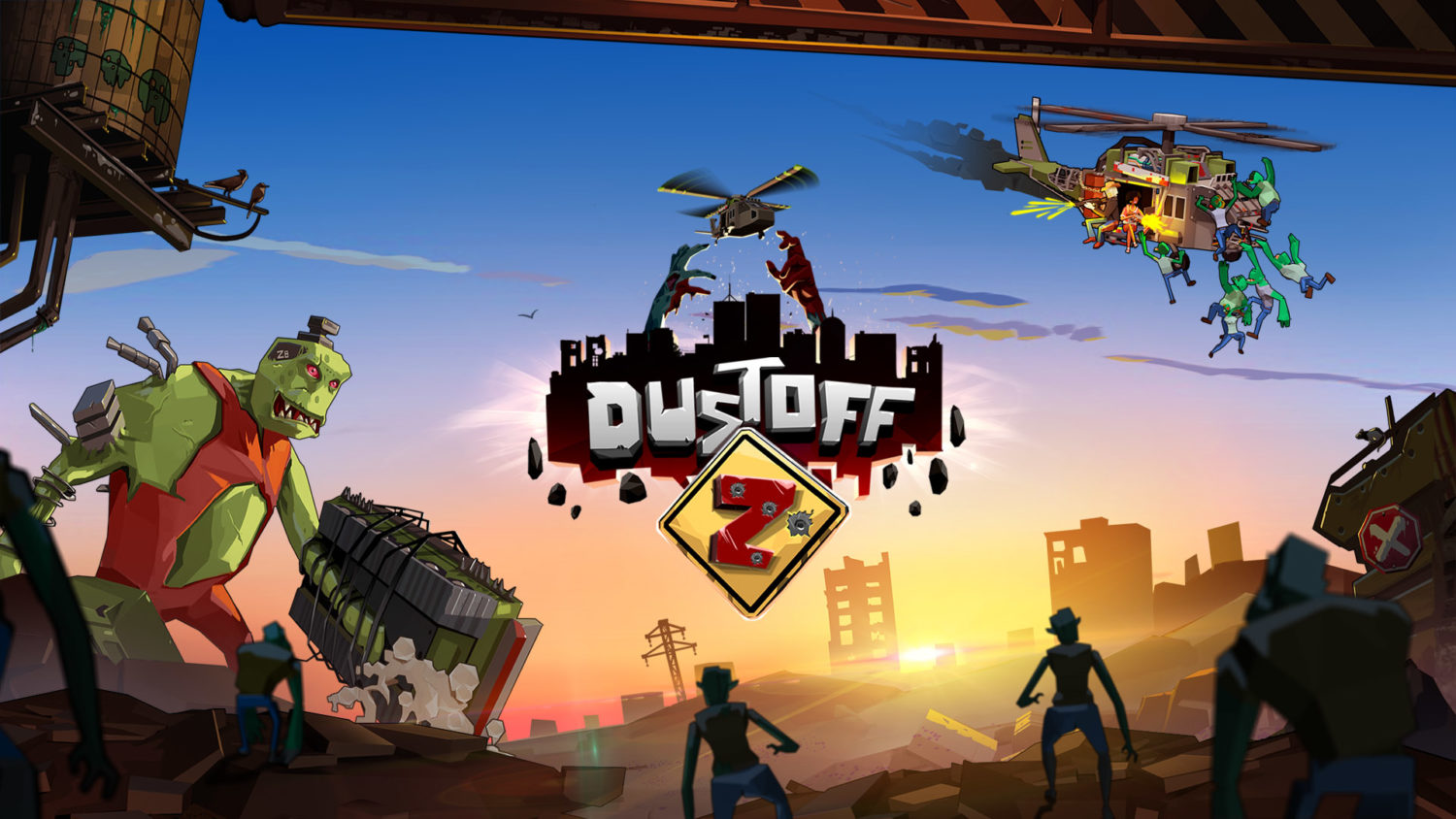 Dustoff Z for the Nintendo Switch is a spiritual sequel to 2018’s Dustoff Heli Rescue II. I enjoyed that game, despite a few flaws, and was excited to see what a zombie-themed version of the helicopter sim could bring to the table. I’m happy to report that this game is just as fun as the previous iteration, with fewer flaws and overall tighter gameplay.

The premise is simple—your world has been overrun by zombies. As a helicopter pilot, your role is to complete 30 missions to help rebuild society. The missions involve rescuing civilians, protecting convoys, or defeating oversized zombie bosses in side-scrolling levels. They’re short and sweet enough to make this the perfect game for on-the-go play. 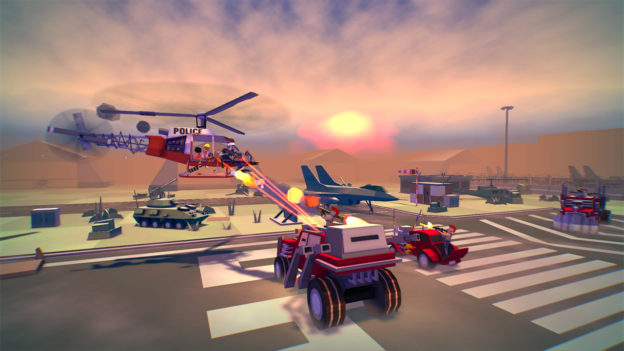 There are three difficulty modes that can be changed on the fly before starting each mission. So, if there’s a particularly hard level, you can lighten the load for yourself to keep progressing. You can always go back and try again on a harder grade. Completion of levels earns you up to three stars, each of which equates to cash or food rewards. These stars are based on the time taken, number of casualties, and actually finishing the level.

These bonuses are important; they can be used to upgrade your weapons and helicopters, improving your stats and giving you an edge against the undead. For example, you can take two passengers with you on your missions, who act as snipers to protect you. You unlock more of these gun-toting folk along the way, each with different stats for accuracy, rate of fire and damage. This adds depth to the gameplay, allowing you to choose your shooters and copter, and work on strengthening them. 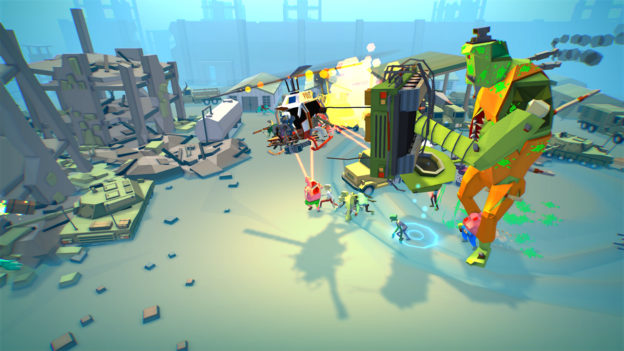 It’s this extra depth that helps Dustoff Z shine compared to its predecessor. The controls are better, too. For example, you can now control your own shooting, something that was oddly lacking in Dustoff Heli Rescue II, and was unclear as a first-time player. It’s much more obvious in Dustoff Z. In fact, the intro mission is also a tutorial that spells out the gameplay well, and I’m glad this feedback was taken; it makes it much easier to get into the game right from the beginning.

The game’s difficulty increases as you progress. Thankfully, save points are dotted along the way that replenish your supplies: ammo, fuel and health. This helps make the game fairer when you reach those trickier levels; it can get quite frantic, but it’s also fun. Continuing after failing a mission is also possible, but at the expense of some of your in-game cash. 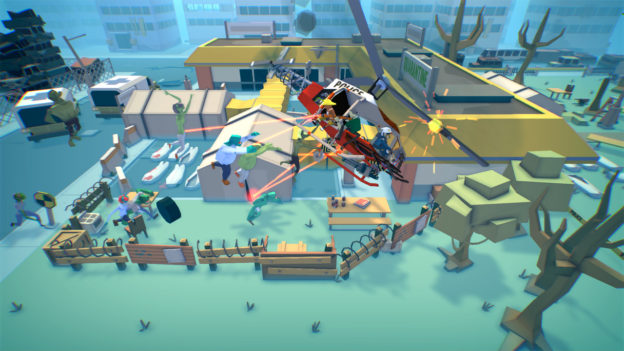 The soundtrack consists of rocking tracks that fit the cartoony army-style aesthetic. It’s like a generic version of the music in Rock ‘n’ Roll Racing. The graphics are also an improvement from the previous title; they’re still deliberately blocky, but it seems more polished and less grainy. The cartoon violence can also be further tamed by turning blood off in the settings—a nice touch.

Overall, Dustoff Z is a fun helicopter sim that improves upon the previous game in the series by adding a more robust menu, improved graphics and fun new zombie theme. If you like shooting zombies, this is a title you might want to consider checking out.

Dustoff Z is a helicopter sim that improves upon the previous game in the series, adding a more robust menu, improved graphics, and fun new zombie theme. If you’re into shooting zombies in a cartoony world, this is a title to consider checking out.