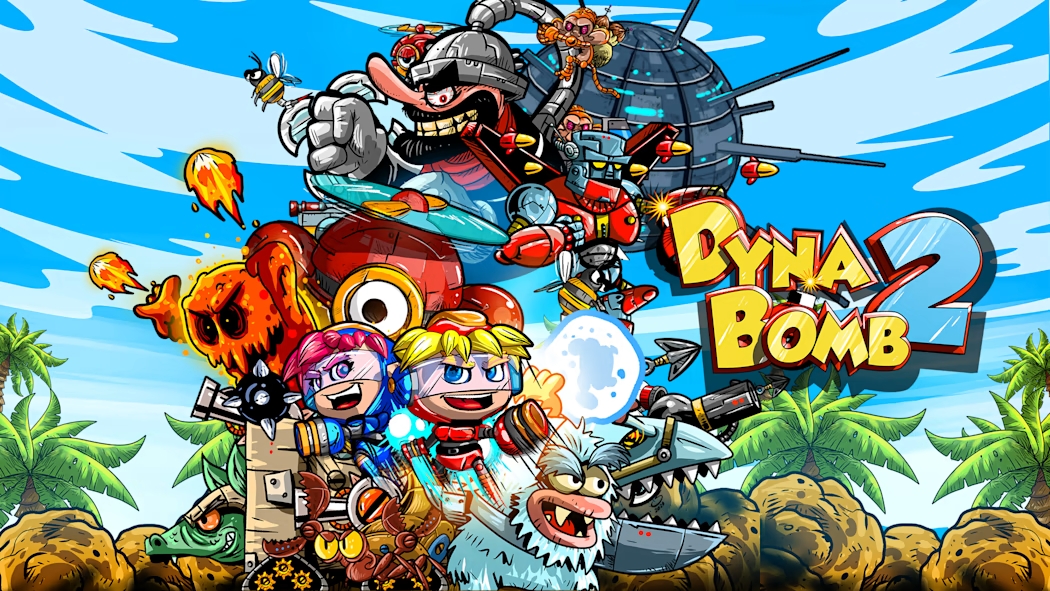 Dyna Bomb 2 is an action platformer for the Nintendo Switch. I’d never heard of the series, and, I’ll admit, I was initially skeptical of its quality after viewing the trailer. In the end, I had a fun time despite a few flaws. Hey, even I’m wrong sometimes.

The plot is straightforward. You assume the role of Jack or Ela as they blast their way through 60 colorful levels. Our heroes are interrupted while celebrating, presumably after defeating the villain of the first game. From there, you’re thrust into a world overrun by critters (who may or may not be robots, I can’t tell). There’s plenty of variety with the enemies, from crabs to monkeys, and they become increasingly difficult as you progress. Bees (or wasps?) will chase you. Hermit crabs must be hit from the right side. And monkeys fire their own bombs at you. In fact, this is a much tougher game than I’d anticipated.

The aim is as simple or complex as you want to make it, which is one of the reasons I enjoyed playing. Your primary mission is to find and collect the hidden key within each level. This opens a doorway to the next area. But wait, there’s so much more to do – if you choose. 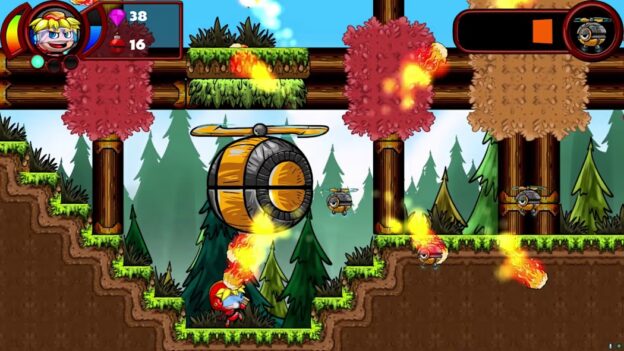 Hi, my name is Jemma, and I’m a completionist. Mario taught me the value of collecting absolutely everything, and Dyna Bomb 2 enables this addiction by giving players four ways to perfect each stage. First, finish within the allotted time. Second, defeat every enemy within. Third, collect all the scattered gems. And finally, collect the hidden shields (well, they look like shields). This proves to be much easier said than done, and usually involves replaying levels to conquer them completely.

There are issues that mar the game, mostly due to a lack of quality that gives off a B-grade feel. The annoying soundtrack is one example. I eventually had to turn it all the way down because it became grating. There are achievements to unlock – a great idea! – however, these are not displayed when you unlock them. You can go back and view them in an Achievements area of the main menu, however they make no sense anyway. I don’t know how I earned some of them, like one that’s called “Maid Service”. Did I clean something? Typos also spoil things, rounding off that unpolished feel.

Thankfully, the gameplay itself is quite smooth. Your character can jump, fly, and throw bombs. Flying is restricted by your jet pack’s fuel supply, which recovers while walking. Bombs are also finite, with limited ammo scattered around the level. This makes defeating all enemies – one item on the perfectionist’s checklist – much trickier. 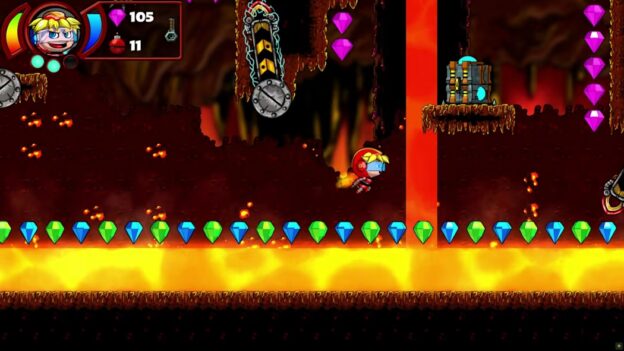 Despite the flat-looking cartoon aesthetic and sub-par trailer, I enjoyed playing. It’s not an easy game, which gives it some longevity, though some stages walk that fine line between fun and frustrating. Each area is short enough to tempt another quick play before giving up. Replaying also means you can learn enemy patterns – there’s no randomization here – and successfully master the layout before eventually conquering it. Upgradeable weapons and armor also add to the desire to continue.

The original game is only $3.99 on the eShop – and I’d be very happy to pay that amount for this sequel. However, $14.99 seems a little steep. Don’t get me wrong, there’s a lot to do, and the gameplay is genuinely fun, especially if you’re a platforming fan who loves collecting things. However, I feel like players will be put off by the trailer (like I was) and the price, which suggests something more polished. If you’re a genre fan who happens to catch this one on sale, though, it’s worth checking out.

Overall, Dyna Bomb 2 is a fun and tricky platformer. It’s not without its flaws, but it does provide an addictive experience if you’re into collecting everything on screen. After playing, it’s easier to appreciate what the developers were going for, however the price is a little high for something of this caliber. Watch for a sale and enjoy the collectathon.

Dyna Bomb 2 is a fun and tricky platformer that provides an addictive experience if you’re into collecting everything on screen. It’s unpolished, though, and the price is a little high for something of this caliber.