Explore the magical world of Umbra in this coming-of-age adventure/RPG for the Wii U. EARTHLOCK: Festival of Magic is a late comer to the Wii U console. Previously released for the Xbox One, PS4 and PC last year, I’m actually not sure why it’s being released so late for the Wii U. Earthlock would have been a great title to have in the prime of the Wii U’s lifespan (which feels like it’s about over), but hopefully some of the folks who are still waiting on a Switch can appreciate this neat, imaginative game. 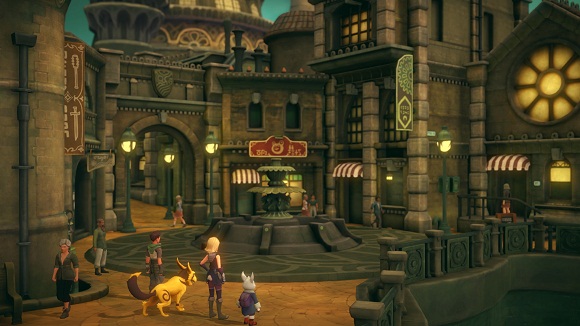 Earthlock begins with a pretty cool storyline. Something has stopped the planet from spinning, which of course has some pretty drastic effects. This causes one side of the world to be scorched by constant sunlight while the other side is always dark and cold. The main characters must unite and use their different strengths to overcome numerous obstacles, ancient monsters and restore the world to it’s normal state. You will alternate between six playable characters throughout the game, giving you a good amount of variety when it comes to dialogue and personality. Though it would have been nice to hear some voice acting during the game, even if only during the short cut scenes to bring the characters to life a bit more.

Earthlock is inspired by the classic 3D RPGs of the late 90’s, with a fresh take on turn-based combat and character progression. You can run around and explore freely but you will randomly encounter monsters and other enemies that will trigger a battle. Each character in your party will have different skills or abilities that will come in handy. Earthlock features a unique talent board system. The board gives you complete control over each character’s strengths and weaknesses (kind of like a skill tree). You can turn talents on and off and customize each character to your desired style. It can seem a little complicated but the game does a good job of explaining everything. While walking around and exploring you can swap between characters any time. This gives you the opportunity to play as the one you prefer and it also triggers different random events depending on who you’re playing as, which I thought that was a pretty cool feature. 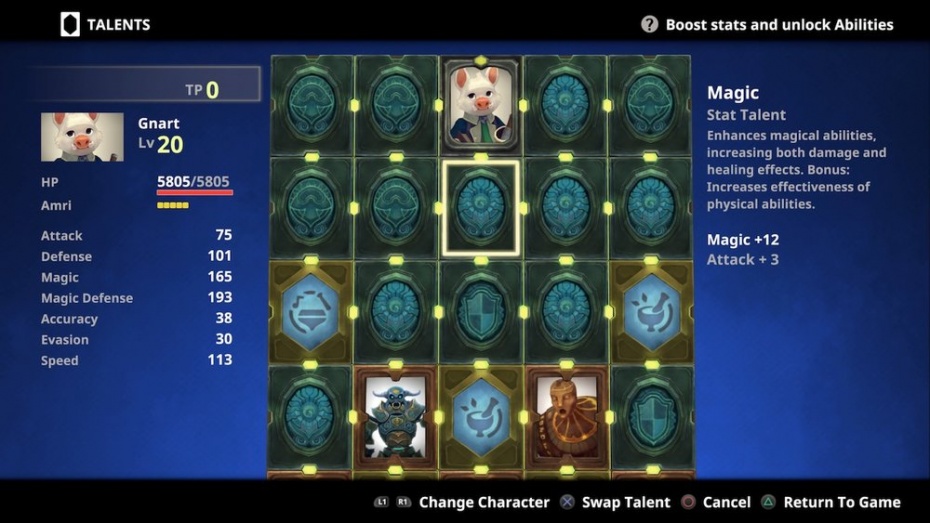 There isn’t much to keep you occupied, aside from the main game. You can travel to your home island and harvest ingredients that will help you craft magical items and perks. This isn’t available at the very beginning of the game, but it comes early on and it’s nice to have a little hub area where you can go and mess around for a bit. There’s also always the option of going out and triggering battles so you can grind your experience points. This will definitely help you later on in the game when you encounter the more difficult enemies. Basically, Earthlock isn’t offering up much when it comes to replayability. I could see myself coming back to it after a while but I don’t think it’s one that the player will put tons of extra hours into. 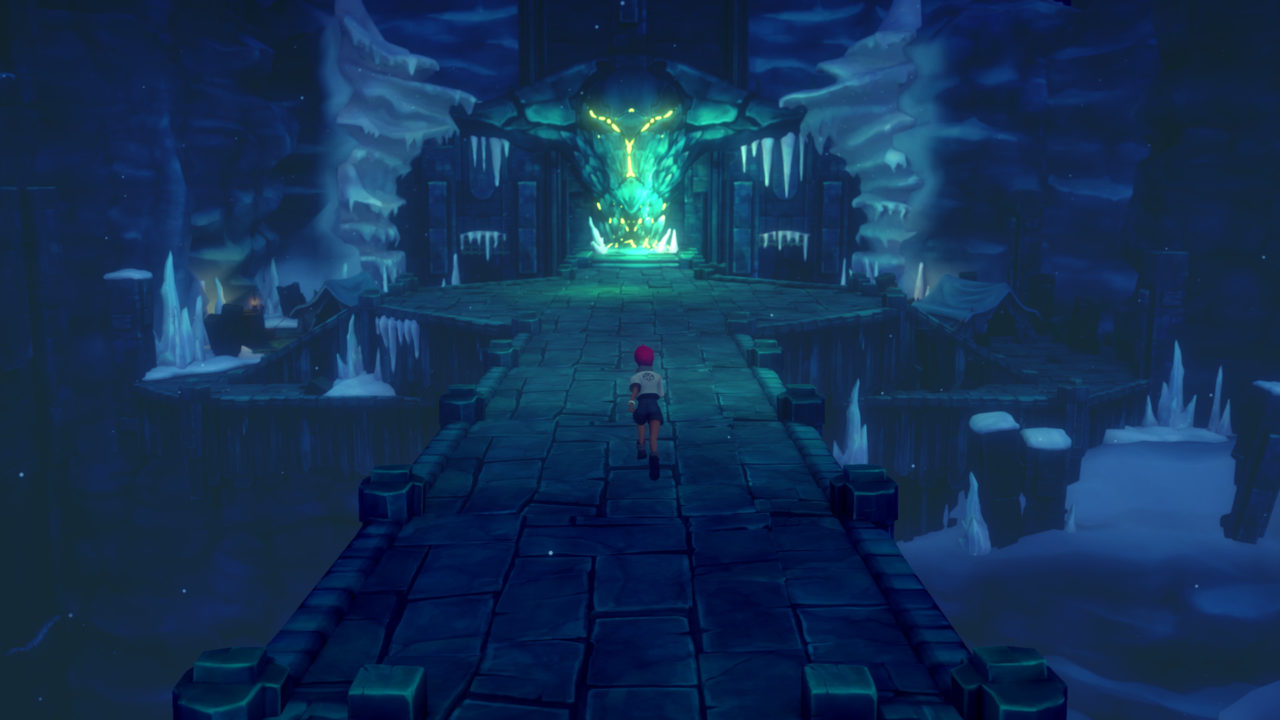 Aesthetically speaking, Earthlock looks pretty darn good. While some might find the art style a little cartoony, I thought it looked great and I really enjoyed the smooth vibrant colors. There are also some neat little details and animations to look out for. The music was pretty great too, I could actually see myself listening to some of those tracks while not playing the game. As far as dialogue and humor goes, Earthlock does a good job of keeping you interested and not getting too complicated. It was easy to keep up with what was going on and some of the characters were pretty likable. The overall look and detail in the environments/characters was my favorite part of Earthlock. There is also a good amount of variety when it comes to enemy designs and difficulty, making the game just challenging enough to keep you interested. 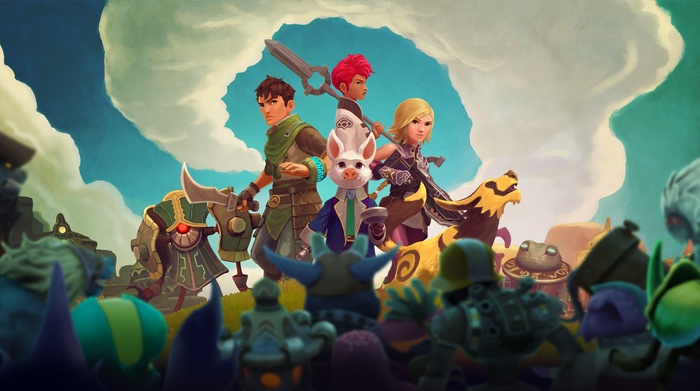 I think Earthlock is a good attempt at an original JRPG and I had fun while playing it. I would have loved to see some more content or maybe a co-op mode. I really would have liked to have had this game when I was playing my Wii U all the time, but sadly that is not the case as of late. But for all of you folks who do still play and are seeking something that looks great and is a fun experience, I recommend checking this one out. While it does start out kind of slow, it’s a memorable, original concept and you’ll get a good amount of play time out of it. Not to mention it’s just $15, which I think is a great price for such a detailed game. If you’re interested, Earthlock Festival of Magic is available now on the Wii U eShop.

While Earthlock is very late to the Wii U party, I still think it’s a good game that fans of old-skool, final fantasy type RPGs can appreciate. It does lack replayability and content, but it looks great and is well worth the $15 price tag.