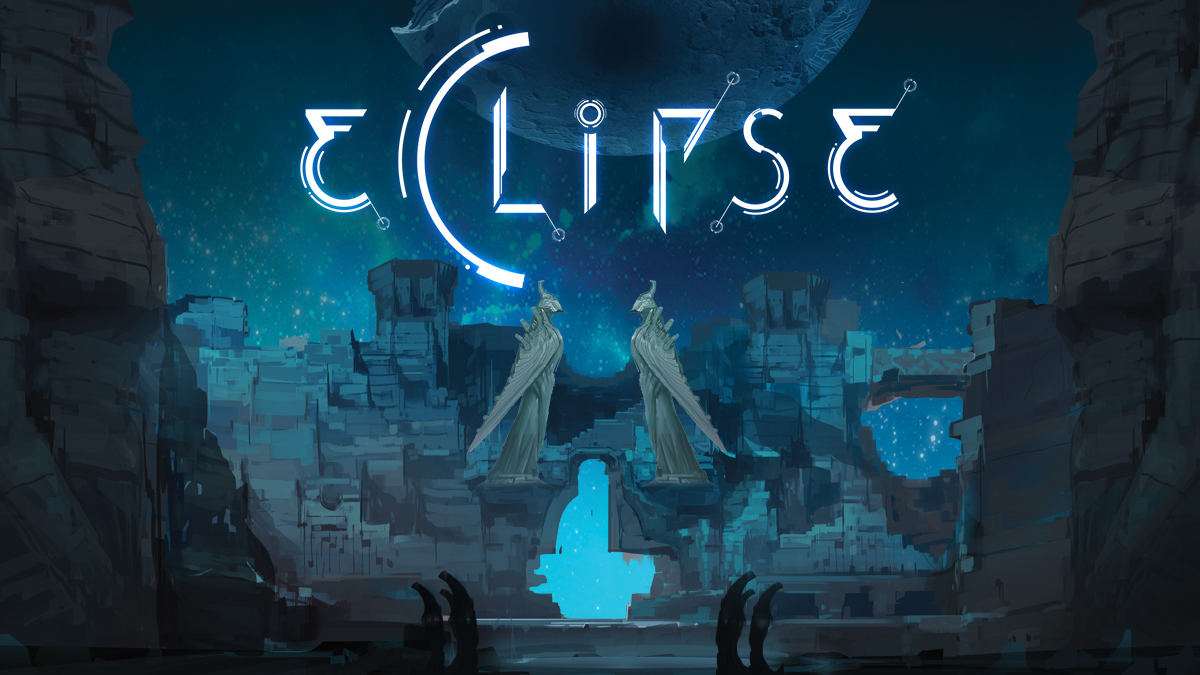 I’m not entirely sure why Eclipse: Edge of Light exists on the Nintendo Switch. This game from White Elk was developed for VR systems and is meant to exist in that type of universe. Or, more specifically, on that type of planet. So, is there enough to Eclipse to play it on the flat screen of your Switch or TV? Well, let’s explore that.

Eclipse: Edge of Light begins with you having crash-landed on a distant planet. Rather than scavenge for items to survive, your first decision is to abandon your ship and discover the mystery of why the planet appears to be abandoned. I’m not sure why this is the conclusion astronauts always reach in video games, but if we as humans had any sense of humor at all, we’d fill the uninhabitable areas of our planet with fake artifacts and pointless statues just to throw off any aliens who happen to crash there. 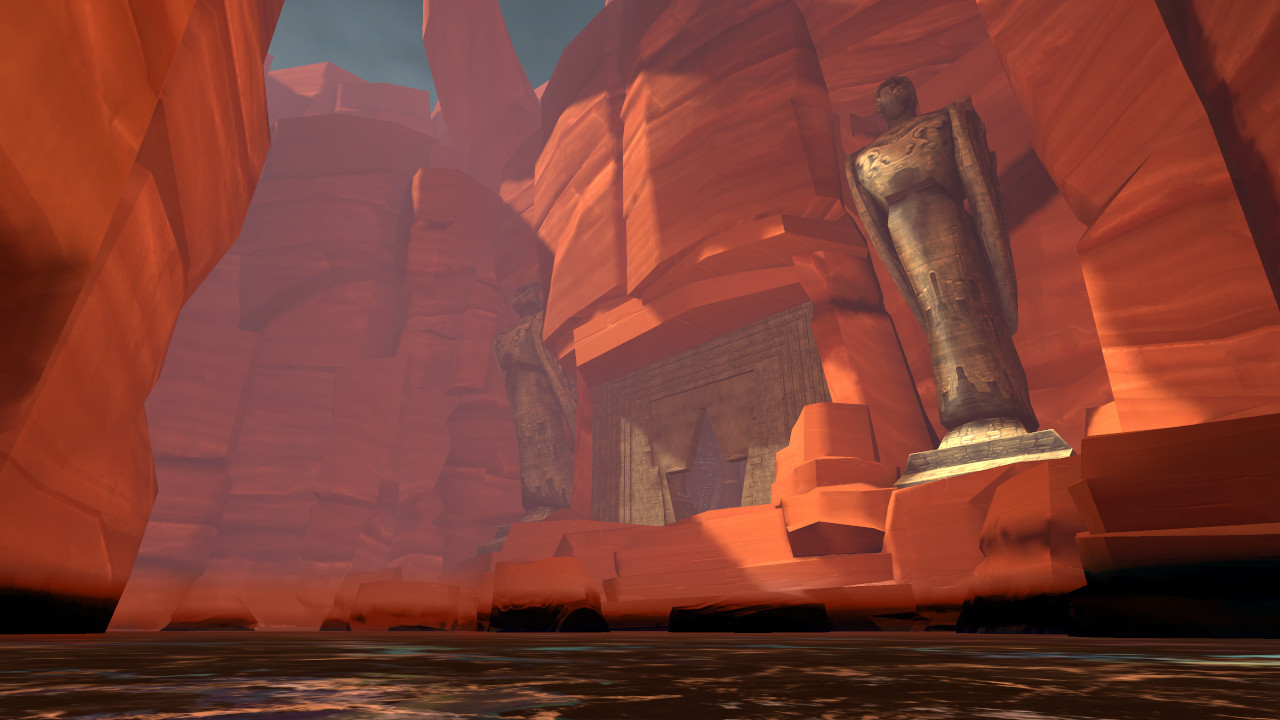 Thankfully for us, the history of this planet is laid out in an extremely literary path. By way of walking and brief bursts of low-gravity jet-packing, we’re able to move along through a carefully plotted system of statues and other items that, upon being scanned, lay out the story of what happened long before we arrived. We quickly learn about the importance of something called the Artifact, and it just so happens that we found something just like it almost right away. Is it the same thing? Just keep moving forward.

Our artifact is extremely useful, and actually provides most of the gameplay elements. It’s used to bust open the ancient relics along the way, as these release some kind of weird space dust that is used to activate terminals and start up machines. The artifact returns to your hand after hitting an object or being recalled, so you have no fear of losing it. Feel free to bust up everything you see, young explorer! 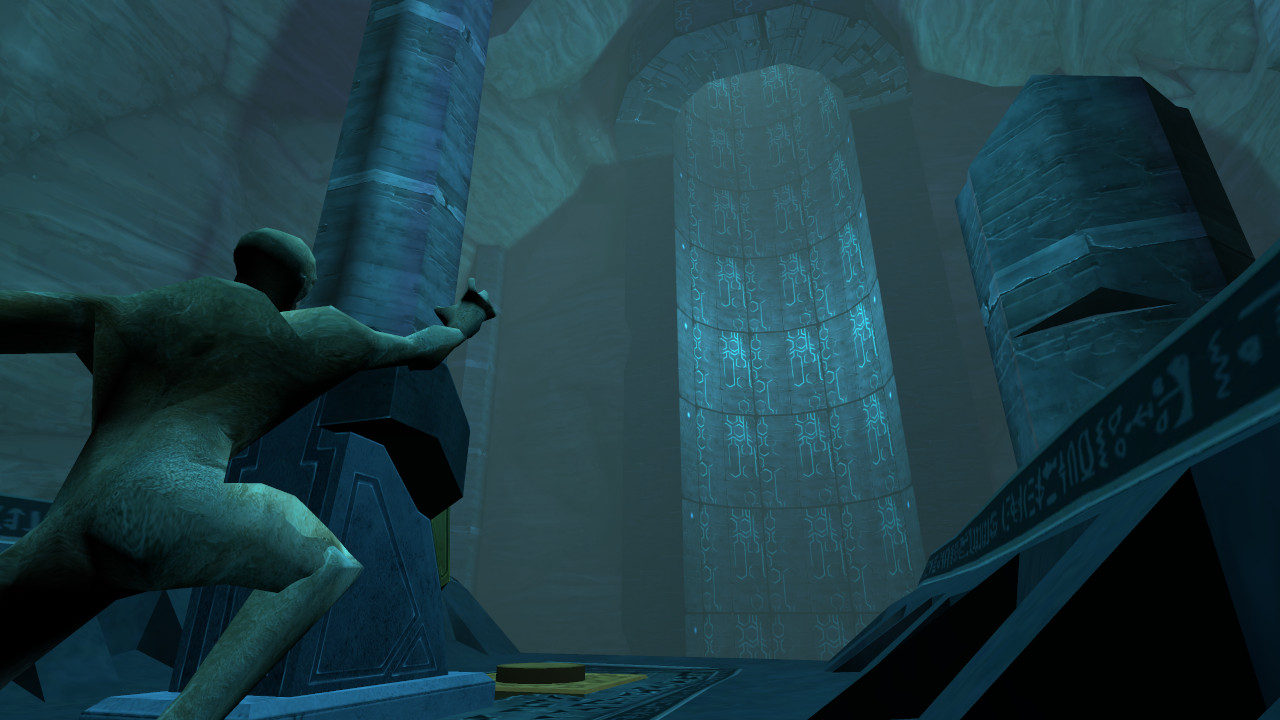 Although most of the game is spent simply walking/jet-packing through open caverns and stone hallways, things do get a bit trickier along the way. Some of the ancient statues are defensive, so you’ll have to figure out how to destroy them or get around them. You get tips for doing so, and you start back right before you died if you fail. There are also some platform puzzles to push through, such as jet-packing to a string of energy sources that replenish your jet-pack so you can reach distant platforms. None of this is terribly difficult, but it may take you a couple of tries to figure things out.

And that, honestly, is pretty much the entirety of the two to three hour game; heavy exploration, light story, basic puzzle-solving, and combat. Although the planet is well-designed, the graphics are nothing special…mostly muted reds and blueish-grays with only the occasional pop of color and texture. 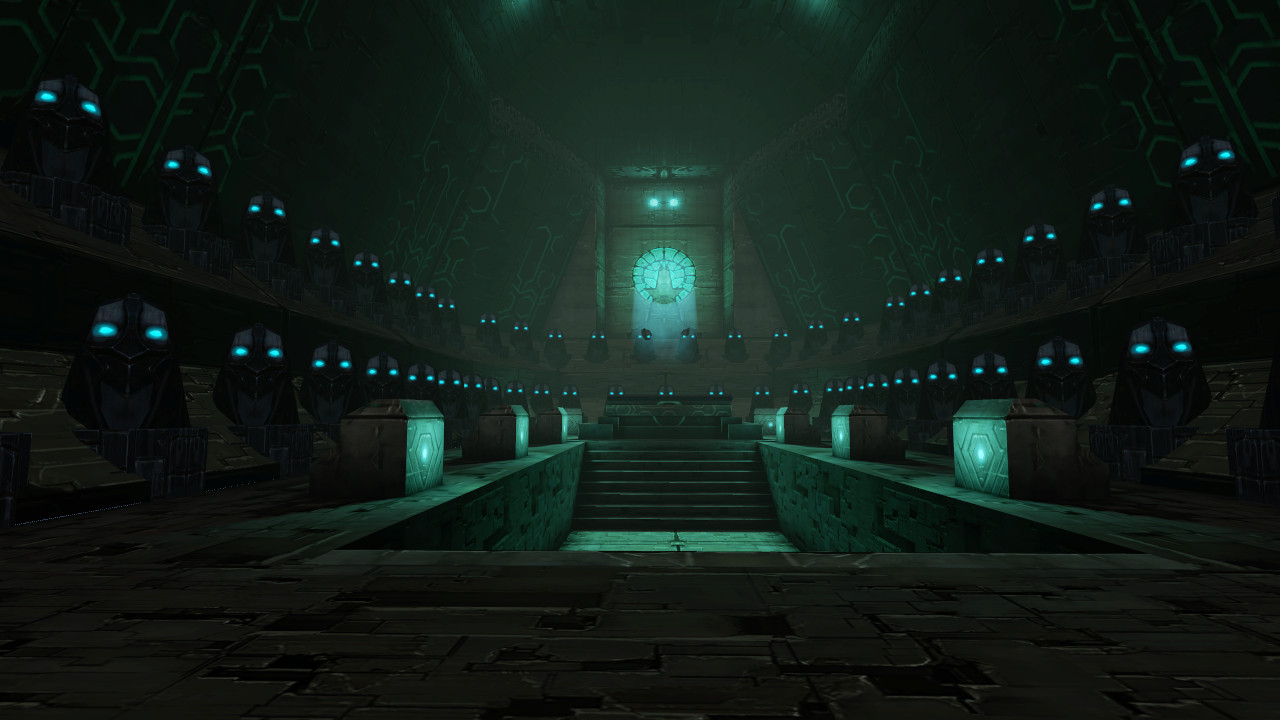 Movement is fluid and easy to control, although oddly restricted to the Joy-Con; you can’t play with a Pro Controller.

Considering that, I’m surprised there’s not an option to play Eclipse: Edge of Light with the Nintendo Labo VR Kit. It’s a VR game, after all, and it uses no motion controls that require separation from the system. Of course, none of us want to hold the Switch up to our face for a prolonged gaming session, but considering how short Eclipse is it would be fine to tackle it in 10-minute bursts. I understand the Switch doesn’t offer a true VR experience, but it would be more than enough to make the world of Eclipse: Edge of Light a much more interesting and intriguing place to explore.

Although Eclipse: Edge of Light is a highly atmospheric game of planetary exploration, it loses its luster when moved from its VR origins to the flat screen of the Nintendo Switch. It’s an easy world to explore for a few hours, but one that offers little overall reward for its $15 asking price.