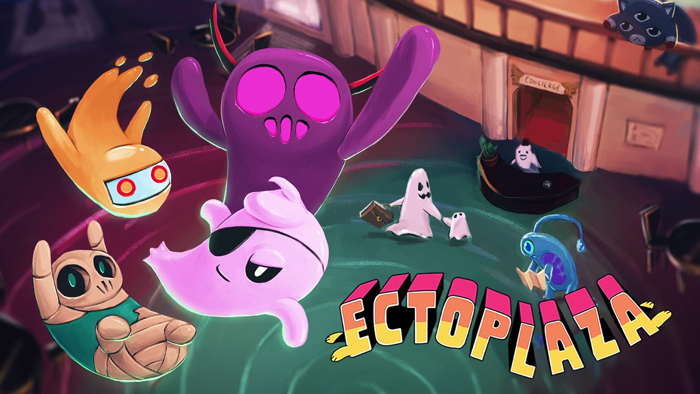 If you’ve ever wondered what it would be like to be a ghost and annoy all your friends, then you might be interested in a little game called Ectoplaza. Up to four players can take the role of a colorful, rambunctious poltergeist and knock each other around for a bit. While it’s not the most exciting game there are a few things that stand out and make Ectoplaza worth checking out.

There are six different poltergeist for you to choose from. Each with different stats and abilities. After you’ve picked your character you can then choose between three different game modes. The first one is Afterlife which is similar to a death match. You need to knock the other players out and be the last one standing in order to win. You can attack by bouncing, biting, or just knocking into another player (button mashers will love this game). The next game mode is Collectoplaza. This time when you attack the other players they will drop orbs. If you want to win you need to have the most orbs at the end of the game. The last mode is Ghostball. When playing this mode a ball will bounce around the level. In order to win you have to knock the ball into a goal and whoever has the most points at the end is the winner. 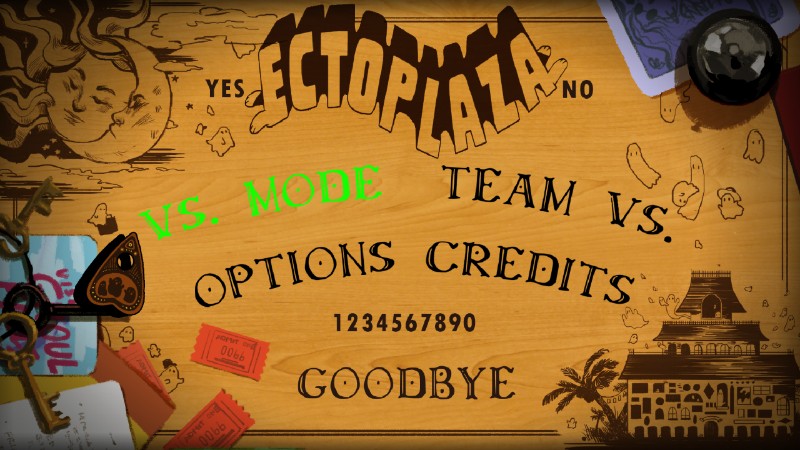 The biggest downfall while playing Ectoplaza is the lack of content and not having a single player mode. It’s tough to really get into a game when there have to be other people around to play it, in my case anyway. The overall gameplay is a little frantic as well. Since all you can really do is bounce around and charge at your enemies. Everyone is kind of just flying around, trying to hit each other, or trying to get one ball into a goal. It makes it hard to keep track of yourself while playing. Kind of like an 8 player Smash in Super Smash bros (but not nearly as fun). 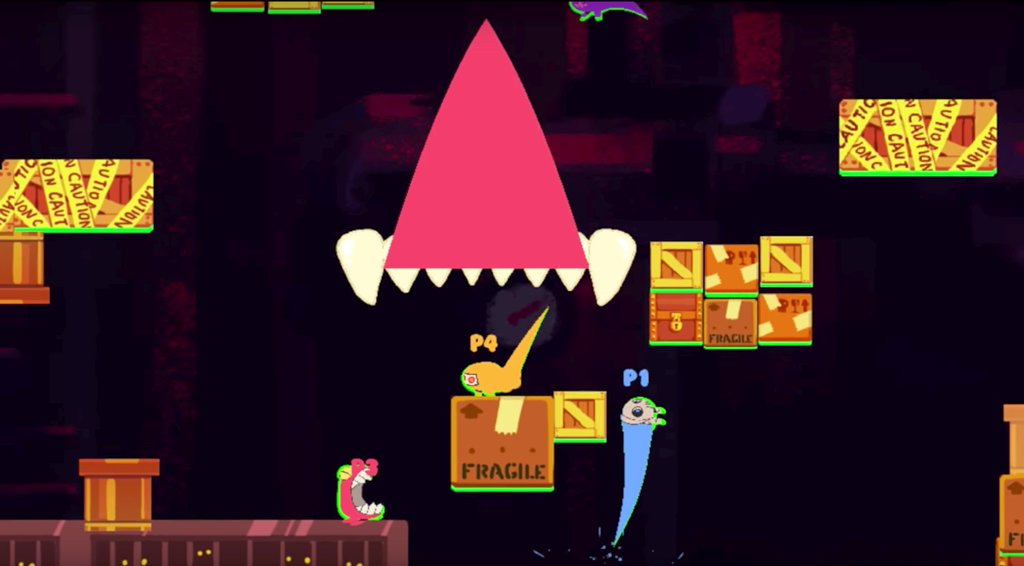 I just feel there could have been more game here. There was a good variety of different levels, 15 altogether. The design and colors are all super bright and fun, and each stage has its own layout and hazards to avoid. I like the different ghosts and how they each have different abilities when playing. It just sucks to have all of that overshadowed by super minimal gameplay. Of course if you have kids this won’t be a problem. They can usually enjoy over simplistic games regardless of what others think. So this may be a good title for 2-4 kids if they’re young enough. 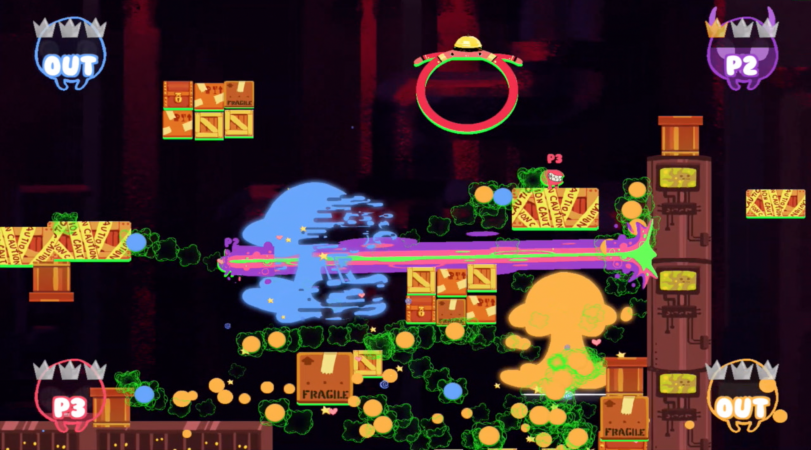 Ectoplaza definitely has potential as a party game, but the lack of things to do and frantic, button mashing gameplay can make it lose the little appeal it has, very quickly. It also would have been kind of neat if they included online multiplayer since it’s hard for some people to find other gamers to join in, or maybe a cool arcade mode for 1 player.  Even if I wanted to play Ectoplaza I couldn’t because I usually play games alone (preferably). So the main problem is, we have a good game, but not enough content. So if you have kids in the house or you have friends over often I recommend checking Ectoplaza out on the Wii U eShop now while it’s on sale for only $3.99! Otherwise, this is one you can skip for now.

Ectoplaza is a couch multiplayer game where you and up to 3 other friends can take the role of a  whacky poltergeist and smash each other into oblivion. It sounds a lot cooler than it is but Ectoplaza has the potential to be a great game, if only it had some more to offer. If you have young children I recommend checking it out!