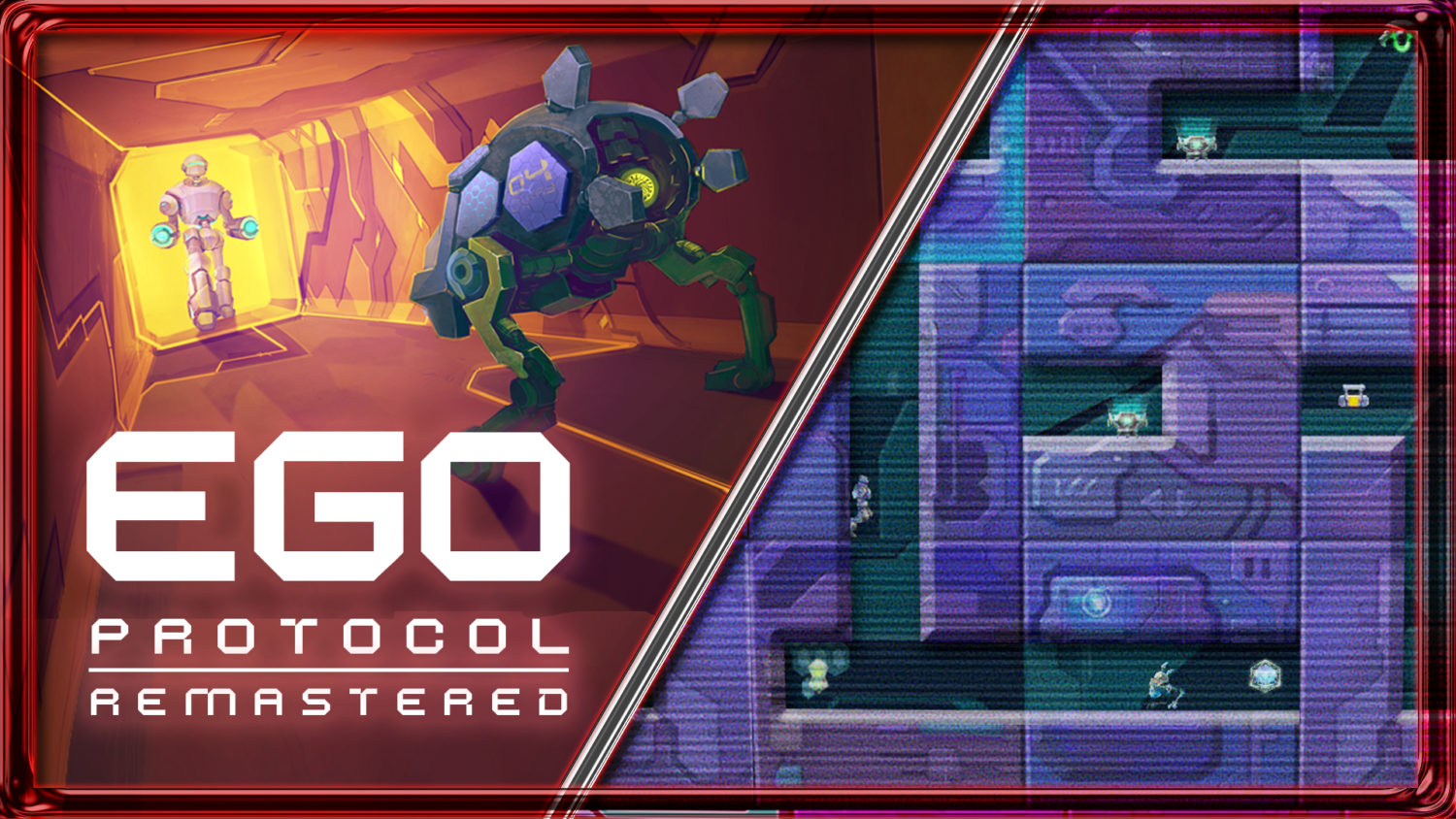 The key observation that one will first discover when playing Ego Protocol: Remastered is that you must be quickly on top of things if you want to succeed. That is, to put it soundly, when dealing with a platform puzzler of this type, you are bound to have some slight fits of aggravation throughout. On its surface, though, Ego Protocol: Remastered for the Switch is an intriguing tile-based sci-fi puzzle title that’s simple to learn. Although, when it comes to quick-on-your-toes tile tinkering to help guide the game’s robot companion, you’ll soon find out why the challenge is less than endearing. 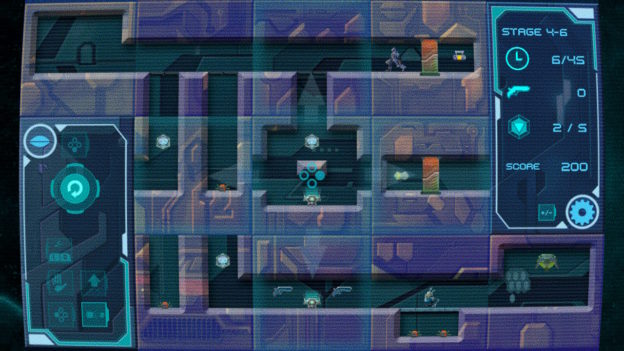 Developed by Static Dreams and No Gravity, Ego Protocol: Remastered has you using a mixture of logic and quick platforming skills as you help guide a humanoid robot to safety. The setup in this adventure is purely taking control of the 50-plus 3×3 grid-based levels which you will manipulate in a manner of ways. These adjustments range from either moving adjacent rows or columns (and sometimes moving squares with one blank spot to maneuver) to pave a suitable path for your robot friend who moves without your control. This fact alone makes your rearrangement choices all the more important as some grids either contain dead ends, collapsable floors, pits filled with explosives, or enemy drones. 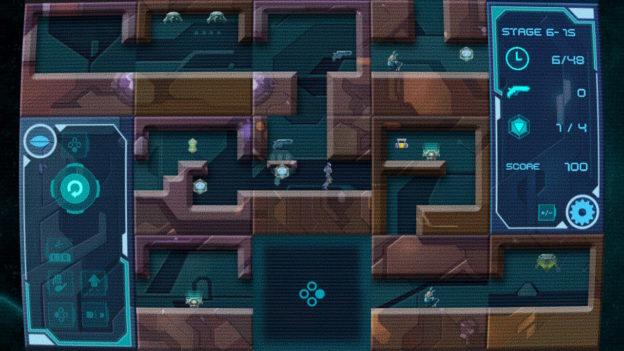 However, despite not having complete control of your forward motion, there are at least opportunities in specific grids for you to input an action for your wandering robot buddy. That is, one grid may allow you to jump over a gap in the floor or allow you to stop in place a few seconds. This mechanic is a really weird strategy in terms of limiting the player’s options to solve the puzzle, and it only further adds to the frustration you’ll deal with in later levels. And that frustration comes in the form of trying to move each grid promptly before your blissfully unaware robot pal walks into certain danger. In short, the depth and lasting enjoyment one may find in a puzzler of this type is sadly nowhere to be seen. This is a shame, because, from the first few levels, there is some fun to be had with solving a level at a breakneck pace even if it’s short-lived. 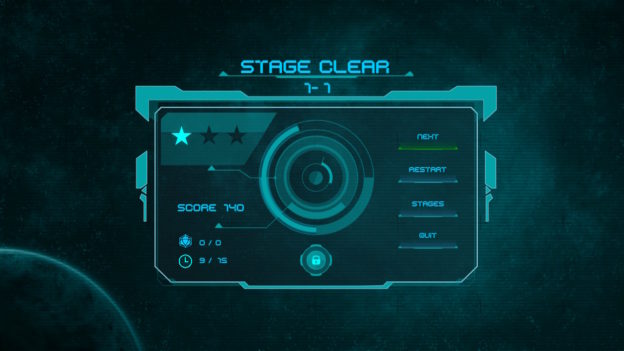 Now aside from the goal of getting from one end to the exit grid, each level does include its fair share of collectables to gain a perfect three-star score. But, given how doing the bare minimum of just crafting a way from point A to point B is incredibly dull and irritating, you’ll find little interest in attempting to collect every knick-knack. While the concept in this sci-fi platform puzzler is simple enough, it’s execution is literally one-track minded. It also doesn’t help that quickly switching adjacent rows or columns is less than smooth. All of this happening while focusing on whether or not the robot doesn’t run into a sentry drone or you forget to press jump when prompted. It’s all over the place at varying degrees, and the bland aesthetics of the surroundings makes you less likely to be fully engaged.

As a puzzler platformer, Ego Protocol: Remastered is harmless but it misses the mark in capturing your attention beyond a few minutes. The concept presented is easy to understand, but it quickly becomes all the more irritating when you think you’ve mastered the basics. Overall, unless you have an itch for a semi-neat puzzle game with a few platform aspects, consider skipping this one.

At its core, Ego Protocol: Remastered is a harmless puzzle affair, but quickly becomes a forgettable exercise in blandness.