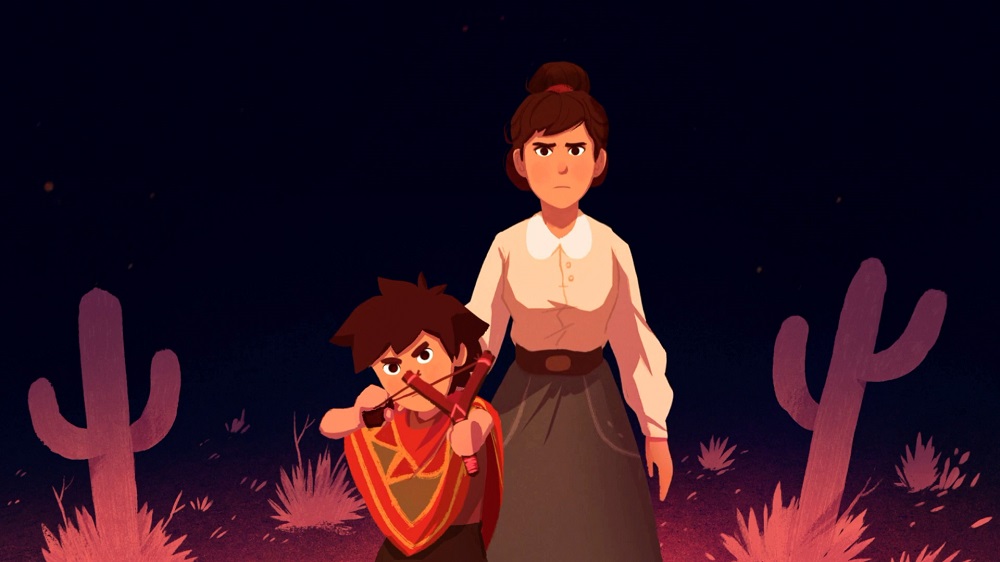 Hiding ain't much of a livin', boy.

El Hijo – A Wild West Tale is really not all that wild. Unlike most stealth puzzle games I’ve played, getting caught doesn’t end in bloodshed, and there’s no option to kill your would-be captors to avoid detection. Instead, the whole point of this game is to be sneaky.

That’s probably because El Hijo is just a six-year-old boy. After bandits destroyed his home, his mother left him at a monastery while she set off to exact revenge. El Hijo is predictably not happy at the monastery, so he sets off on an adventure to find his mom.

This adventure covers around 30 levels set within the monastery, a dangerous stretch of desert, and a southwestern town. Although the dangers throughout are different, they all just require you not to be seen. Be it by a priest or a deadly animal, if you’re detected, you’ll simply go back to your previous checkpoint. This creates a somewhat low-stakes affair, but that doesn’t mean it isn’t challenging. 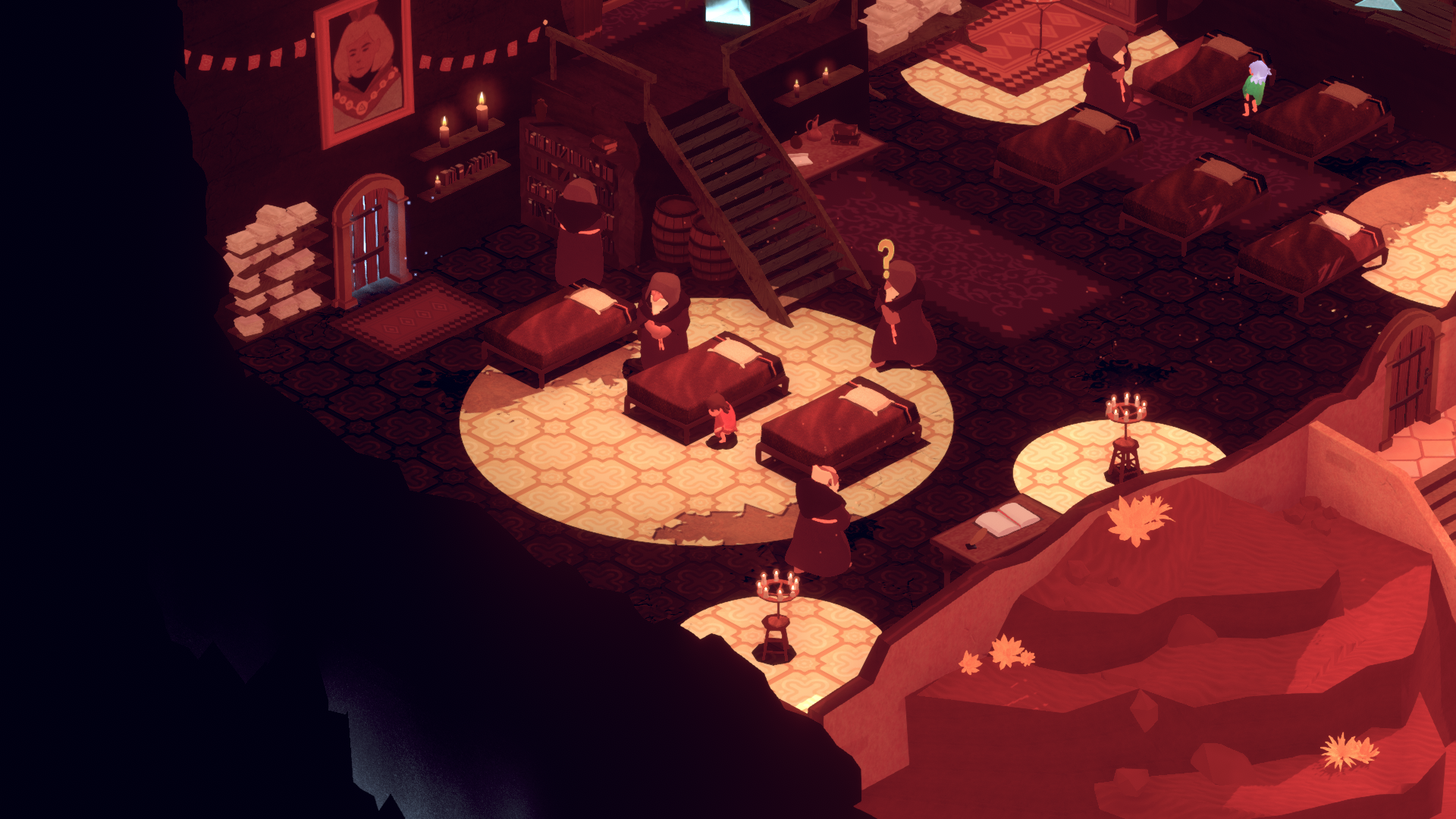 El Hijo has a bird that helps him get the lay of the land. You can use this to plan your route from point A to point B, and there are usually multiple routes and checkpoints to consider. El Hijo can hide in the shadows, as well as in or behind various objects. Timing is key, as the enemies move in patterns along set routes. You have the ability to glimpse their detection cones which indicate what they’re able to see as they move around. The gameplay then centers around avoiding those cones. 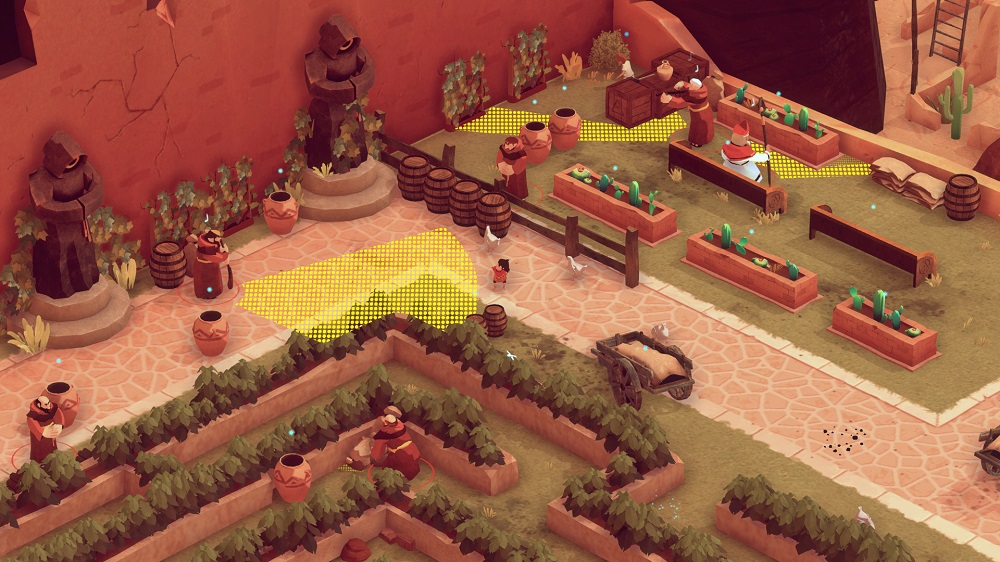 Reaching the goal is never terribly difficult, but the game presents other challenges along the way. You may need to acquire items to progress, for example. Also, the levels have other children scattered about them. Coming into contact with them inspires them to “… join you on the path to freedom,” according to the game’s description. It seemed to me, however, that you were just incentivizing them to work harder at their menial tasks.

As you’d expect, trial-and-error is your key to freedom. It’s never terribly difficult to plan your way through a puzzle, but executing the timing can be tricky. It’s not just a matter of waiting for the right time to move, after all. El Hijo will frequently need to create distractions by tossing coins, setting up wind-up toys, and so on. Use them incorrectly, and you’ll pretty much have to allow yourself to be caught so you can try again. 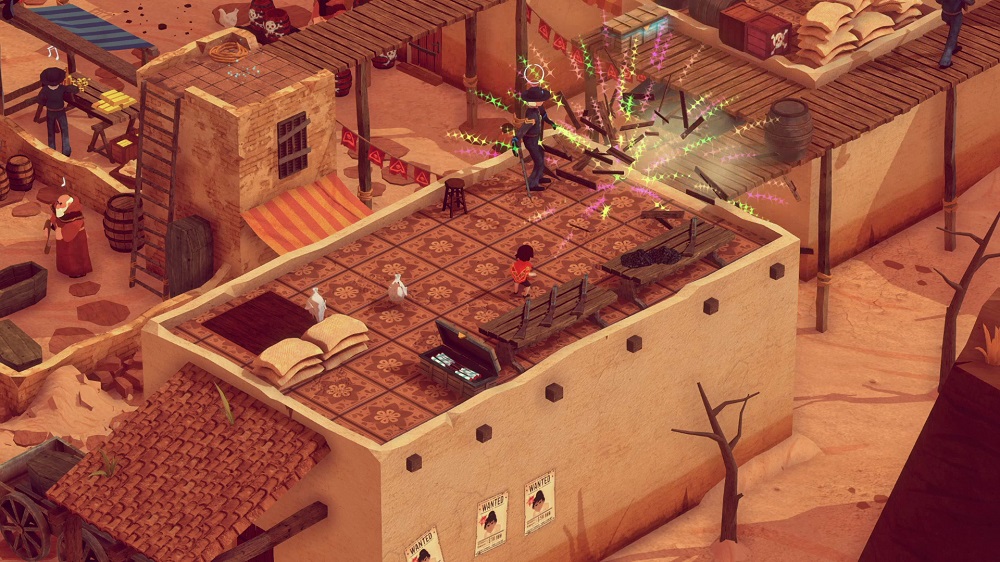 Although the puzzles do get more complex and require more clever solutions as you progress, the game doesn’t change much. Even the visuals, which at first are quite unique, start to look the same after a while. That makes regional sense, sure, but all those oranges and browns start to look a bit drab after a while. This wouldn’t be an exceptional problem, but the story is not also not terribly compelling. This leaves the stealth gameplay as the main incentive to return. If you’re not completely wrapped up in its mechanics, El Hijo becomes an easy game to abandon for a while. 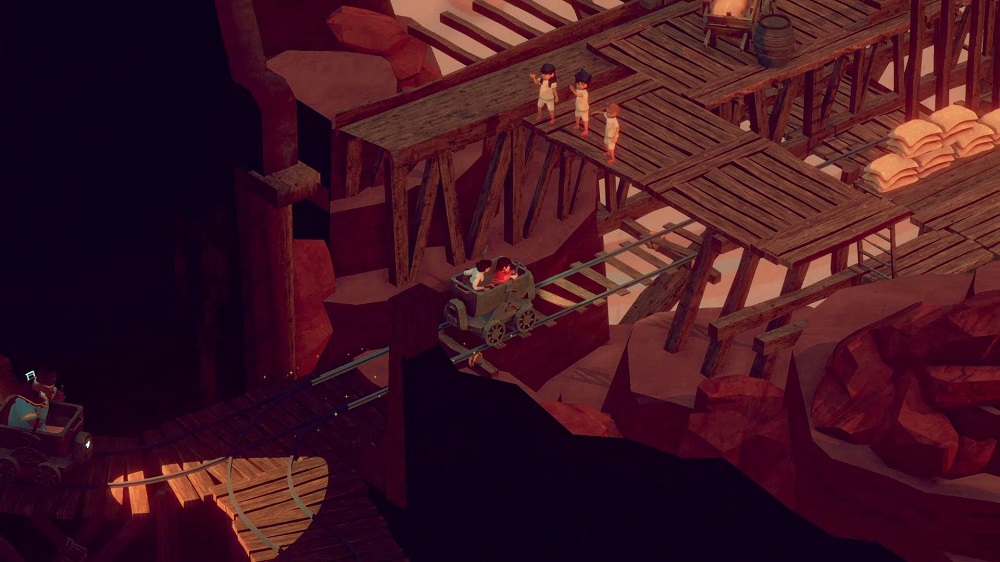 Still, it’s often quite charming once you’re into a level. The new locations initially come to life in a quaint way, and there are many thrilling moments when a well-thought-out plan comes together just as you expected. It also makes good use of cinematics from time to time, taking on the feel of the spaghetti westerns it seeks to emulate. Perhaps more importantly, it never once feels unfair or forced. Challenging, sure, but I always knew the solution was lurking just around the corner.

Whether the “all ages” demographic will be able to see that, I can’t say. El Hijo is certainly a clever young hero to rally behind, but frustration and repetition may cause younger gamers to leave him stuck in a monastery closet.

With its unique visuals, clever environmental puzzles, and non-violent gameplay, El Hijo is a welcome entry in the somewhat overlooked stealth/puzzle genre. If you don’t buy into the gameplay before the repetition sets in, however, it can become an adventure that’s easily abandoned.