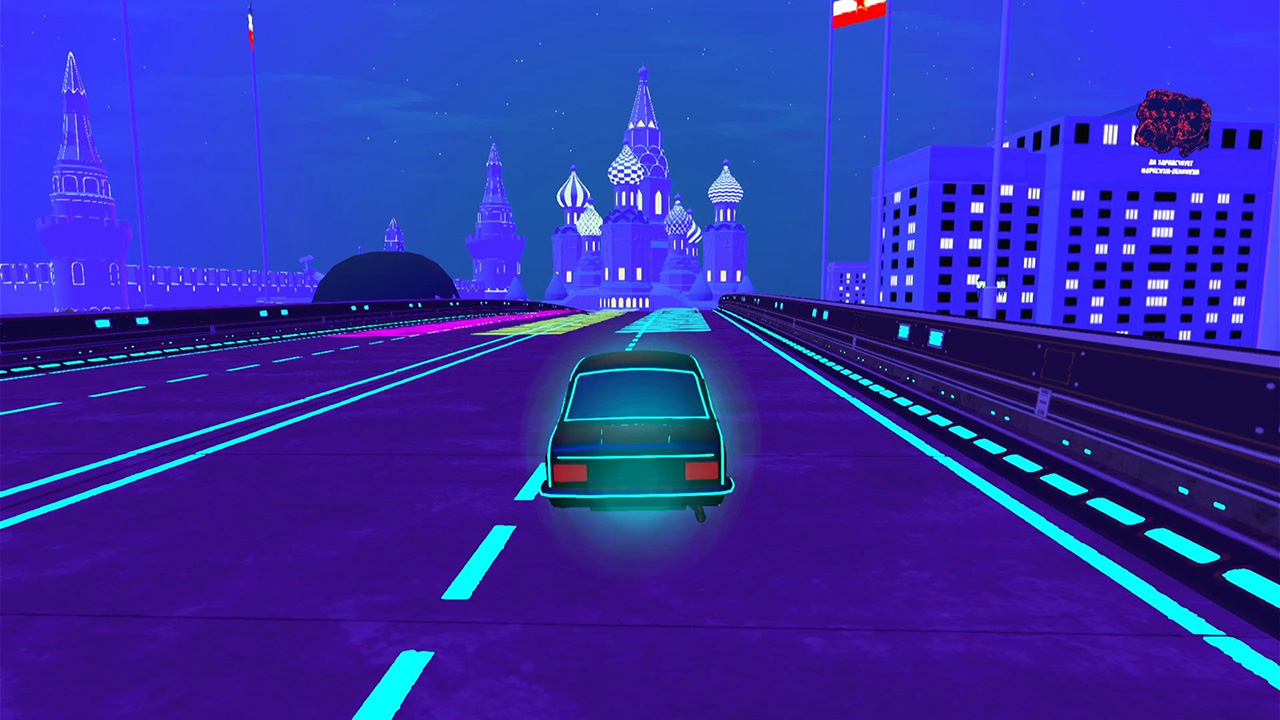 The mediocre racing with the interesting boosting.

Electro Ride: The Neon Racing just sounds like the kind of game you’d love to play at the arcade, right? Its neon design and pulsing soundtrack certainly fit the part, and would be perfect for the type of cabinet that surrounds you as you sit inside.

On the Nintendo Switch, however, a lot of this style is lost, and we’re left with just another mediocre racing game.

The issues begin with the visuals, which lose their “coolness” factor fairly quickly. The “neon” vibe is relegated mostly to the cars themselves. The colorful environments in which they’re racing complement the approach, but after a while they just start to look flat and lifeless. 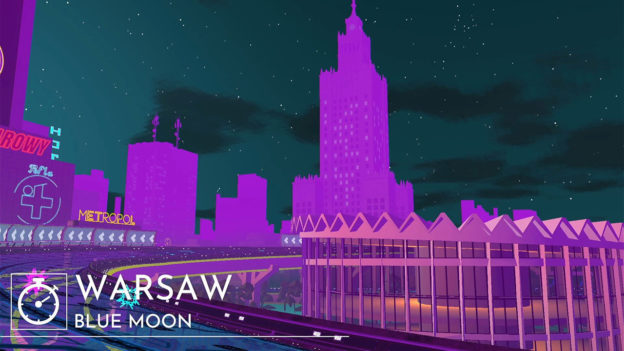 The 20+ available cars themselves are “inspired by Eastern Bloc classics.” That could appeal to car aficionados, but even then, the lack of detail diminishes the effect. All of the cars are just dark blobs with neon detailing. 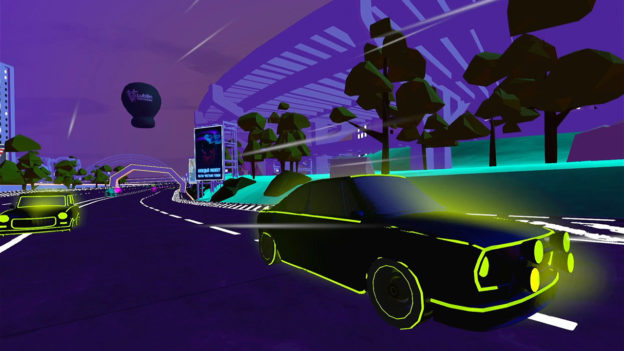 Still, the different cars you’ll unlock do have different abilities. You may find a favorite, but you’ll have to do it quickly; there are only 15 tracks to complete in Story Mode, with 20 becoming available in Quick Race. There’s really not a lot to unlock and do here. 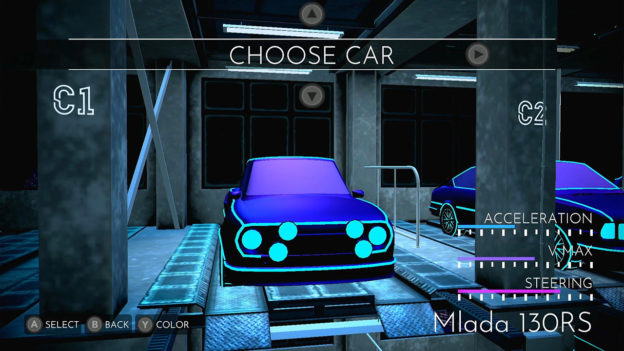 Considering how difficult it is to unlock the next track, however, maybe that’s a good thing. In order to advance, you have to win the race you’re in. Not second place. Not third. First. That can be a fair demand if the races are balanced, but that’s not the case here thanks to two elements.

First, controlling the cars is difficult. Steering over-compensation is an ongoing problem, causing you to fishtail on even the simplest of turns. And if you’re used to drifting into turns on games like Mario Kart, you can forget about that here. Breaking will often throw your car out of control, too, making it difficult to maintain your position when you have to slow down.

Second, the tracks in Electro Ride are very long. Normally, I’d say that’s fantastic; the longer, the better. Because of the first place requirement, however, it becomes extremely frustrating when you lose your lead in the last moments of a prolonged race, forcing you to go through the whole thing all over again just to advance. It’s just not worth it.

These problems are unfortunate, because one element of Electro Ride: The Neon Racing is the coolest I’ve seen in a racer in quite some time. Colorful boosters appear on the track with regularity, and using them is key to winning. However, the color of the booster you hit must match the color of your car’s neon accents. You change the color by driving into icons that precede the boosters. 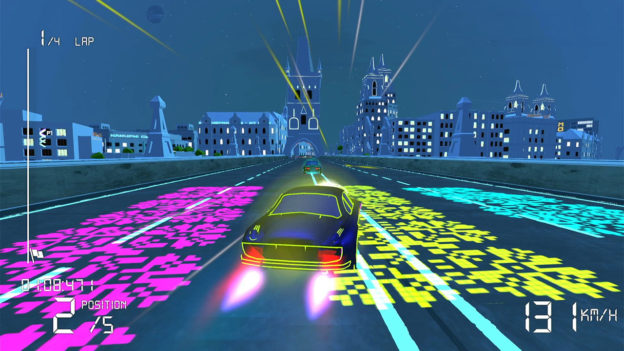 The boosters can be your enemy, too. If you hit them at an angle, you’re likely going to lose control of your car. As such, angling to get an icon requires repositioning to hit the booster or else you may find yourself facing the wrong direction or hung up on a wall. Hitting the Y buttons repositions you on the track, but you’ll have lost precious ground.

Although there’s no online multiplayer, Electro Ride does offer split-screen racing. That can add some value to the game. So can the available gameplay modes (typical racing options such as time trials).

Whether they make the game worth the asking price will depend upon what you want out of a new racing title. There are certainly more in-depth and entertaining options available in this crowded genre. On the other hand, Electro Ride’s unique style and color-matching boost mechanic may be just enough of a change-up to hold your attention for a while.

Electro Ride: The Neon Racing suffers from touchy controls and an overall lack of depth. It’s not amongst the best racing options available for the Switch, but it does contain a couple of unique elements that may appeal to gamers looking for something a little different.