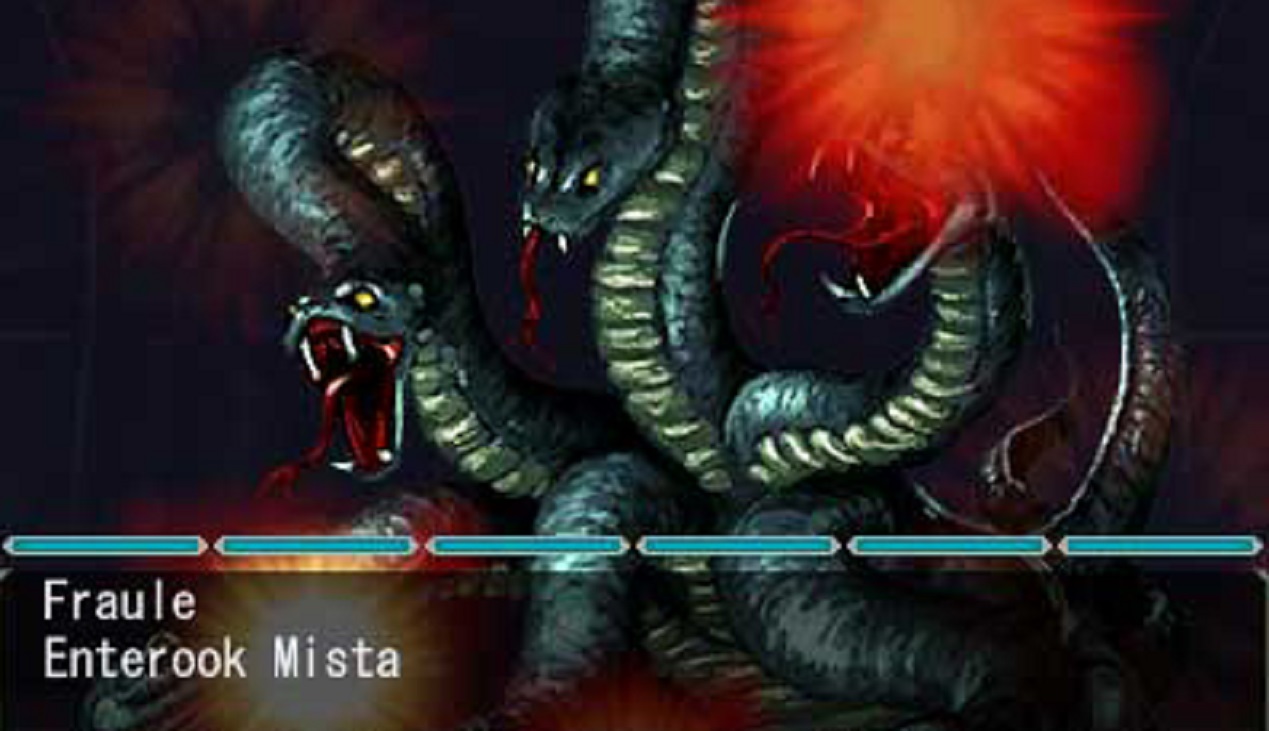 Elminage Original is a first-person dungeon crawler/RPG, from publisher Ninja Games Japan and developer Starfish. Elminage Original was originally released in 2012 on other consoles to mixed reviews. Now It comes to the 3DS, exclusively in the eShop, for $19.99. So how does it fare on Nintendo’s handheld?

Elminage Original starts out by placing a lot of things right in front of you and it doesn’t offer much of a tutorial. Players new to this style of gameplay may feel a bit overwhelmed. If you read the manual it does offer a guide that will help those not familiar with the gameplay. Even after reading the manual there is still a bit of a learning curve, but sticking with the game is certainly worth it.

Beginning the game, there is a list of preset characters starting at level four that you can recruit from Marcia’s bar. A second option is to create one of your own from the training grounds. I chose to create one character, naming him after one of my cats, Nermal. I chose the rest of my team from the bar. Characters can be one of several races: Human, Elf, Dwarf, Gnome, Hotlet, Fairy, Werebeast, Dragonewt, or Devilish. Classes are limited to nature and gender, with a total of 16 different classes to choose from.

Like many RPGs, Elminage Original’s characters gain experience by winning battles. When characters reach the next level they receive a raise in hit points or magic points and, if lucky, they may also learn a new skill or spell. In this game, the only way for the player to earn these benefits after leveling up is to visit the inn and rest.

For me, the first dungeon was mostly trial and error. I soon learned that, depending on the class of the character, they should be positioned at the beginning of the party to be able to attack. My favorite class of character was the Summoner, being able to summon enemies and use them in battle was an interesting touch. Finding the right combination of characters can be a bit tricky but it also adds a variety of gameplay and strategy to the game.

Overall, Elminage Original is not for those looking to play a more straightforward RPG. It does, however, give players an in-depth playthrough more like a classic RPG you may play on your table top. If players are looking for something with less of a learning curve they may want to look elsewhere.However, being a fan of RPG games in general, I really enjoyed my time playing this game and still have more gameplay to look forward to.