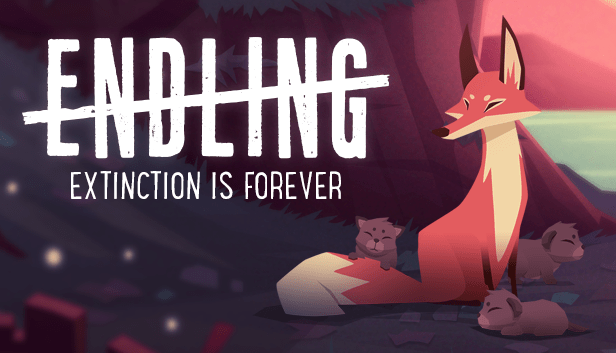 By Kaelyn Daugherty  •  2 weeks ago

I love animals. I love animals so much that in my excitement to review a game about cute foxes, I never saw the horrible truth of what this game really is… A reminder of how much humans SUCK! Endling: Extinction is Forever, is a story about the last of the foxes, and the end of everything that is good and pure in this world.

Endling opens up with a horrific scene. A forest fire is spreading rapidly, and animals are being forced out of their homes, running for their lives, including a lone fox. The player is prompted to outrun the fire and find safety. After running to a nearby cave, it is revealed that the fox is pregnant, and she gives birth to 4 adorable cubs (you get to choose what colors they are! <3). 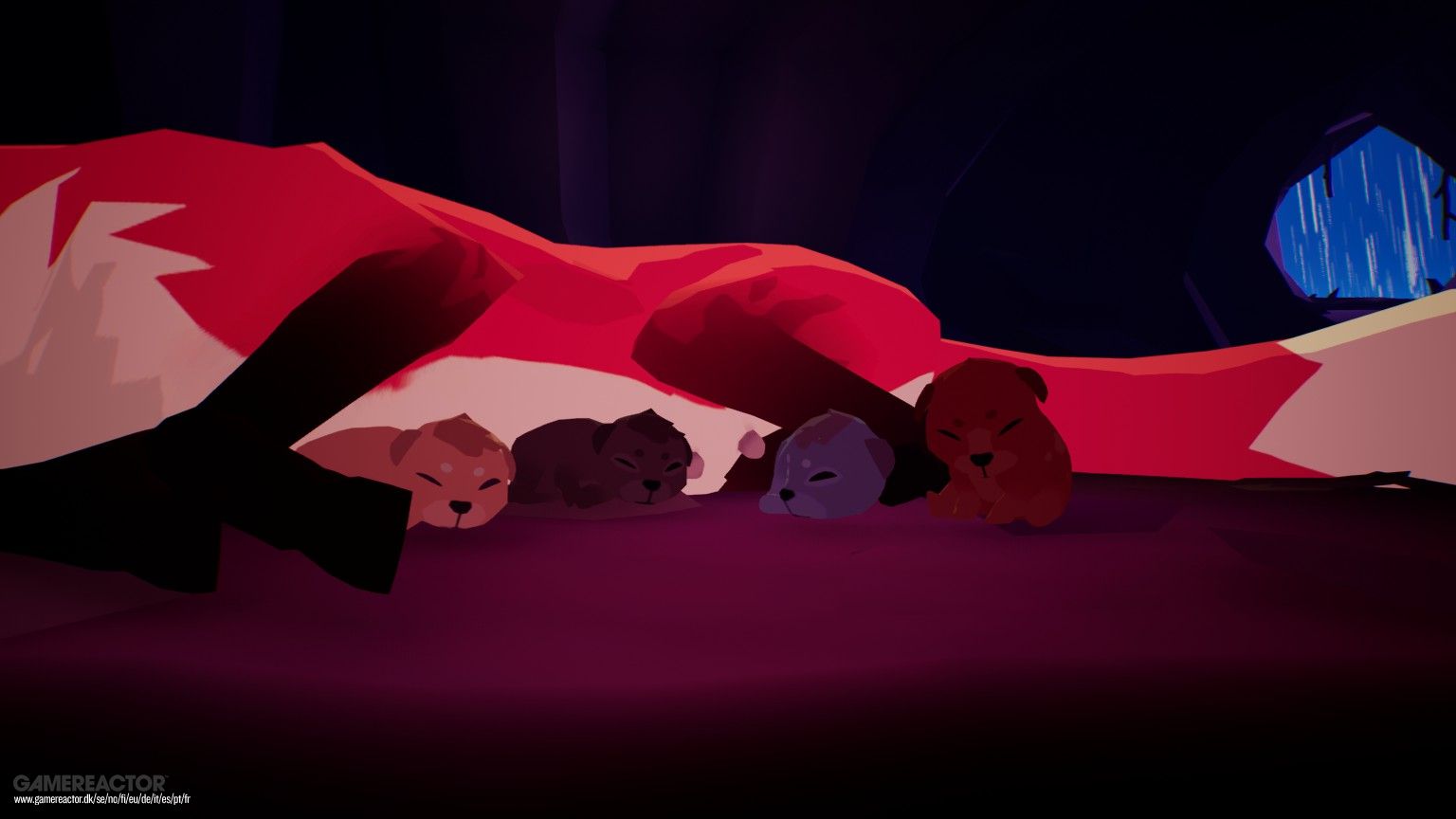 Now, this would be great and all, but the world these cubs are born into is no world I would want to live in. Every night, the player takes control of Mama Fox and goes out to hunt food for the cubs. This can range from berries, to fish, to other small animals. Each night lasts a few minutes, and you must make it back to your den before sunrise. Food becomes more limited as the days go on due to humans slowly destroying the environment around you. Not to mention all of the garbage, fires, traps, larger animals, and the scariest thing of all, humans, are lurking around every corner. Your job is to keep those beebee’s safe and fed!

However, you find out this is impossible when one of your beebee’s is cub-napped on the 2nd or 3rd night during a heartbreaking cutscene. I actually restarted my previous save because I wanted to prevent this somehow, but that only made me have to watch it twice… Anyways, it was sad! The whole game is sad. I won’t spoil it for you, but if you’re looking for a happy ending, you ain’t gettin’ one. What you’re getting is a hard dose of reality with pretty graphics. 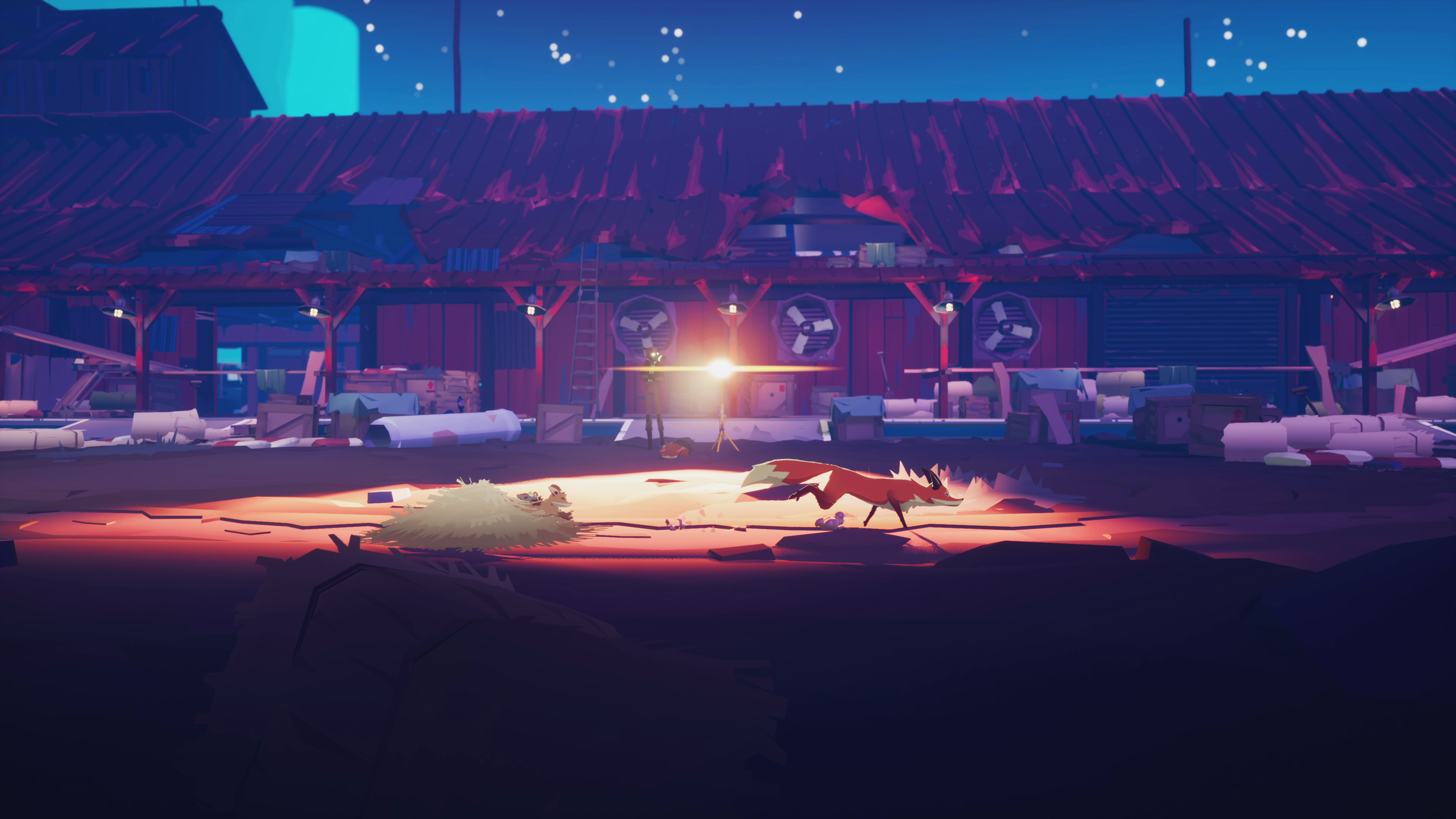 And yes, as ugly as the world gets, Endling is a pretty game. The 3D environment slowly evolved with time, which made things more interesting after playing so many days in a row. And even though I was only moving left or right (on a 2D plane), the world felt much bigger than it actually was. There are plenty of nooks and crannies to check out (when prompted) and different paths to take. After your cub is taken, you can follow scent trails, which reminded me of wolf Link from Twilight Princess. These disappear over time, but they allow you to see brief scenes of exactly what happened that night, allowing you to piece together the mystery of the missing cub. The in-game timer had me constantly on my toes, trying to make sure my remaining cubs and I made it back to our cave by morning. Luckily there is a map that opens up as you explore, making it easier to get back to safety in time. 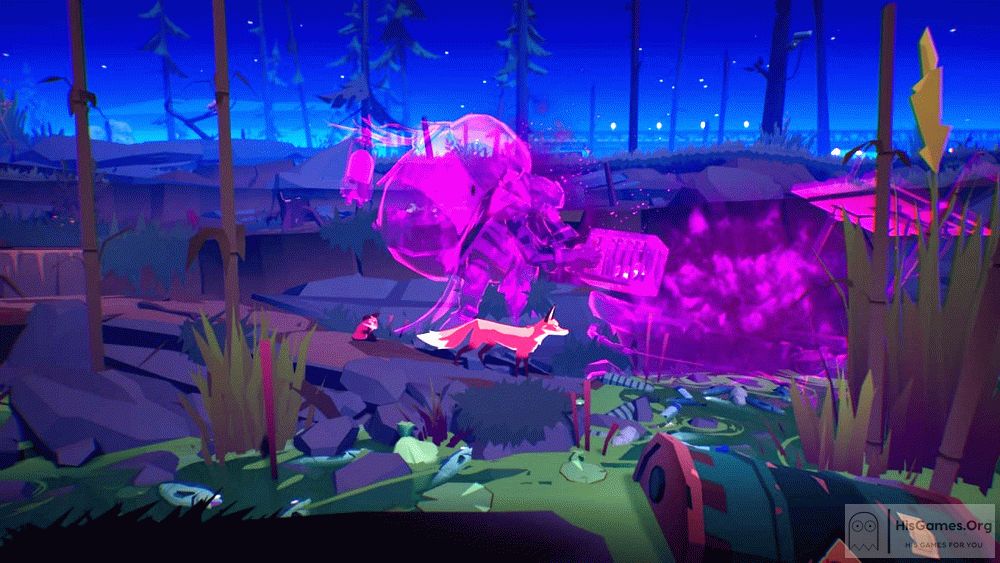 I keep having to stop myself from saying that this is a beautiful story because it’s not. But I love the developers for making such a truthful game. Humans need more “truths” to show them that their actions have repercussions. Overall this is a bitter-sweet game. The story is bitter, and the gameplay is sweet. The story flows well, and even though the game doesn’t tell you what to do, your instincts kick in, and you want to survive to make sure your cubs survive. 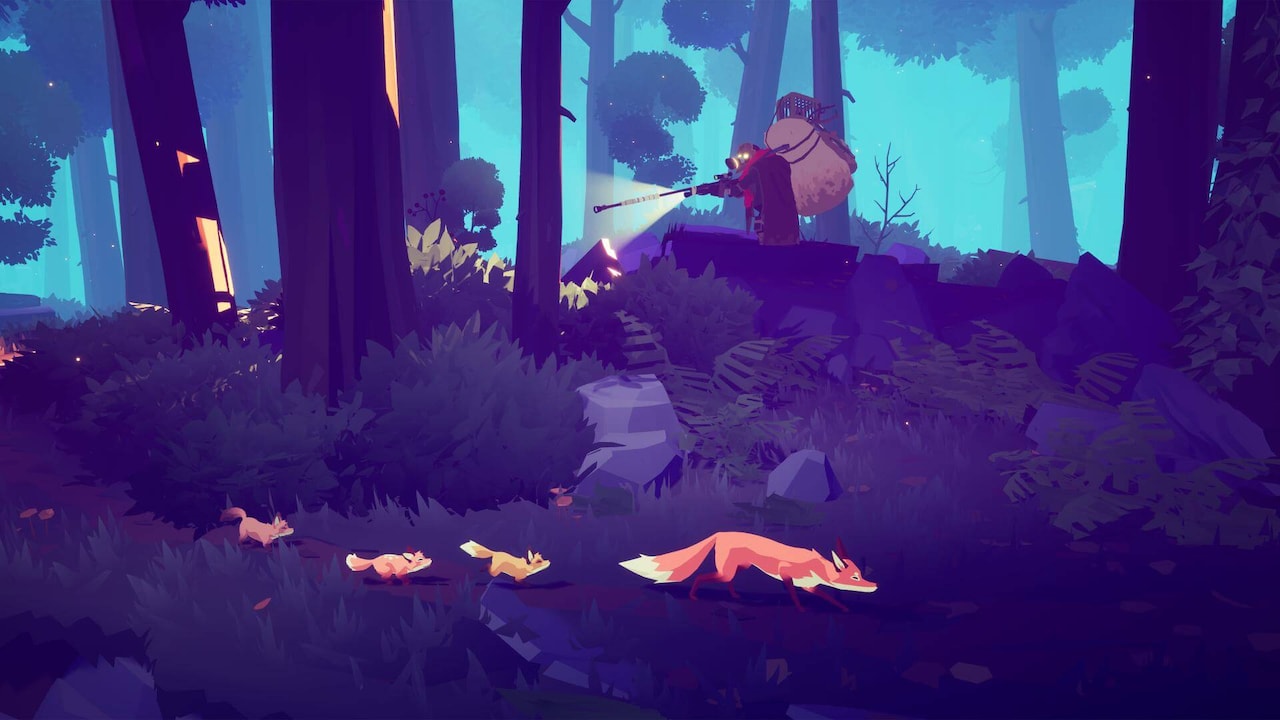 Endling: Extinction is Forever is a good game for survival fans, but as I said before, dont expect this adventure to pep you up or put you in a good mood. In fact, I actually recommend playing this game with your kids (ages 9-13) As off as that sounds, I think it would be a great interactive lesson to help them understand that the world we live in depends on us to keep it alive and that there isn’t always a happy ending, even if we try to prevent the bad from happening.

(Wow, I feel like I was such a downer in this review. So here’s a cute picture of an adorable fox cub to cheer you up ;D) 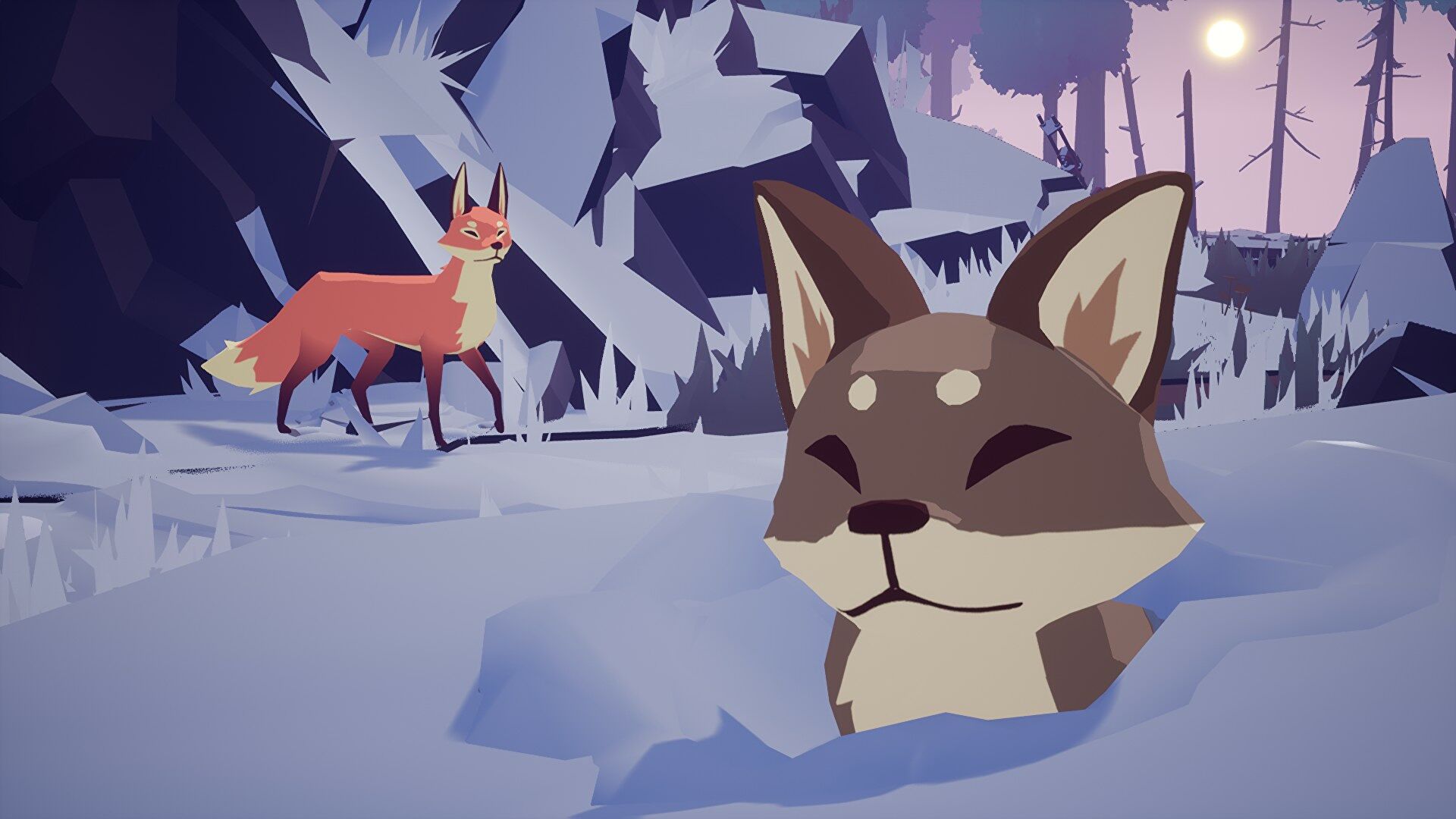 Endling: Extinction is Forever is a good game for survival fans and another reminder that humans suck. The story evokes a lot of emotion and tough choices. Overall this is a bitter-sweet game. The story is bitter, and the gameplay is sweet.