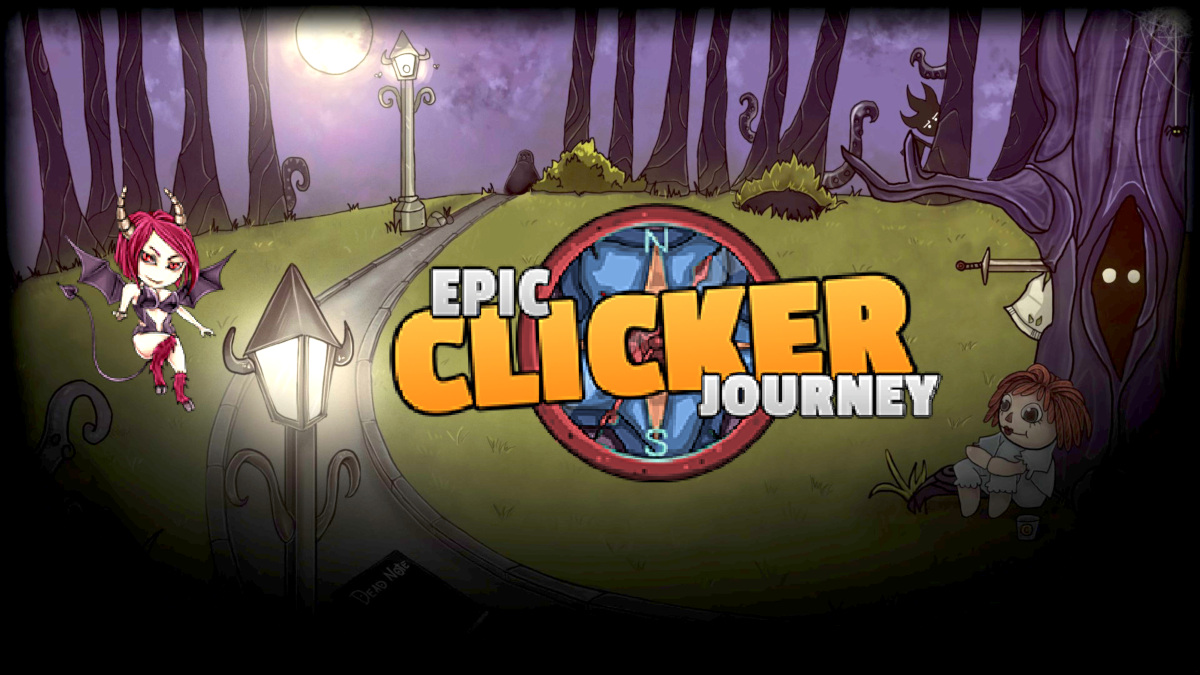 Epic Clicker Journey is an action-adventure game from Cleversan Software. As you can probably guess from the title, there’s a lot of clicking involved. At least, the original PC version involved clicking. The Switch version instead brings button mashing and/or screen tapping. So the real question is: can some simple RPG elements save this from its own repetitive nature? Unfortunately, the answer is no.

Epic Clicker Journey isn’t a deep game; for $4.99, it’s not meant to be. It does have some fun elements, though they’re fairly short-lived. The premise involves working your way through various levels, defeating a series of strange-looking monsters to earn experience points, coins and keys.

As you level up and purchase items, you can take on more difficult enemies. In the game’s favour, the leveling up and purchase system is easy to use. It works well with the touch screen, sitting nicely on the left-hand side of your screen during battles. This way, you can beef up your stats between “clicks”. 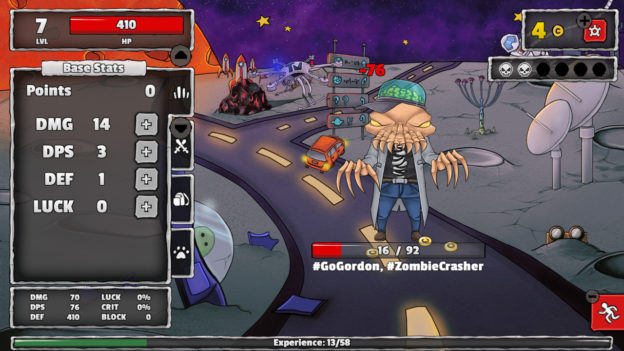 Battles are strange and repetitive though. Each level consists of a series of monsters, who stand in front of you waiting to be “clicked”. Defeat them all to receive your treasure and move on to the next level.

You can tap the touch screen or the ZR/ZL buttons to strike an enemy; this is where the button mashing comes in. The faster you mash, the quicker they fall, though for some reason, you also hit without any interaction at all. This is a much slower way to defeat your foes; their energy just gradually depletes over time via an invisible strike. Unless you’re also under attack, you’ll win just by staring at them. This is super confusing at first since it’s unclear how to fight when you start the first level and sit there watching them die.

This was my first main gripe with Epic Clicker Journey; it’s not very intuitive. There are no instructions on how to play until after your first battle. Even the menu is confusing, with only the word “Continue” as an option. I’m pretty sure I’d never played this game before … 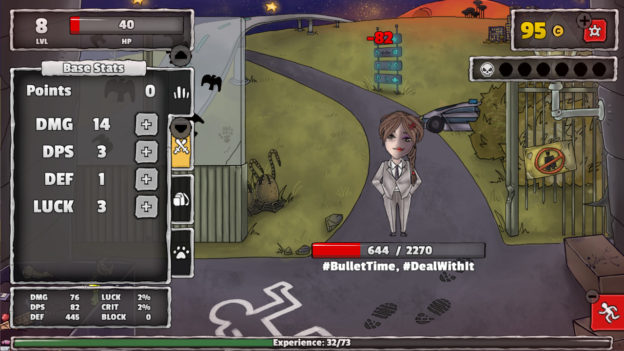 There are other user interface issues. On-screen text is poorly written, with typos and grammatical errors. A simple example is using “loose” instead of “lose”. We all make mistakes, and the developers are from Poland so I understand that English probably isn’t their first language, but someone who can speak English should be proofreading it. It’s not even a new game – it’s been available on Windows since 2016. Plenty of time to get it right.

Another major fault is that the buttons don’t always work – it’s like they haven’t been mapped correctly. A menu might ask you to press A, but nothing happens. Mashing the keypad does not work on menus.

Once I got the hang of the mechanics, I actually had some very brief fun with the battles themselves. It’s just a shame they’re so repetitive and over so quickly. There’s about one minute’s worth of furious tapping/mashing and then it’s over. Even the monsters themselves seem creative at first but start to repeat themselves. 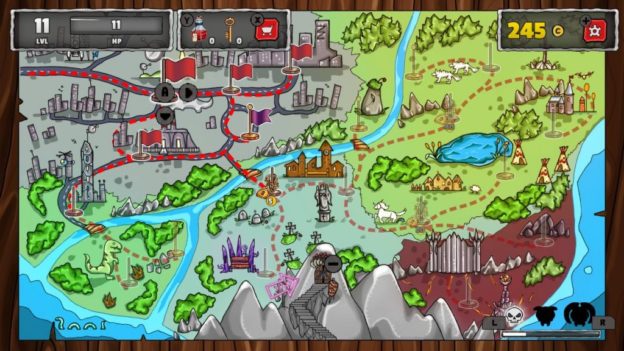 I will say that the music is decent. It’s a slow-paced tune that fits within the fantasy genre that I think it’s going for. The score sounds like a stripped back version of something you might hear in a B-grade Lord of the Rings rip-off, but it successfully sets the mood for adventure. Pity it doesn’t last long.

Overall, Epic Clicker Journey is a very simple game that sets out to do something a little different, combining button mashing with RPG elements. It’s kinda fun for a very short time but soon loses its appeal. The lack of polish with the user interface is also a drawback. It’s only $4.99 and might take up an hour or so of your time but, since the Windows version is free, maybe you should try that instead.

Epic Clicker Journey is a game that tries to mesh RPG elements with the clicker genre. While it’s fun in short bursts, there’s not enough to hold your attention for long. Its repetitiveness coupled with design issues make this one a game to avoid unless you’re a huge clicker fan.