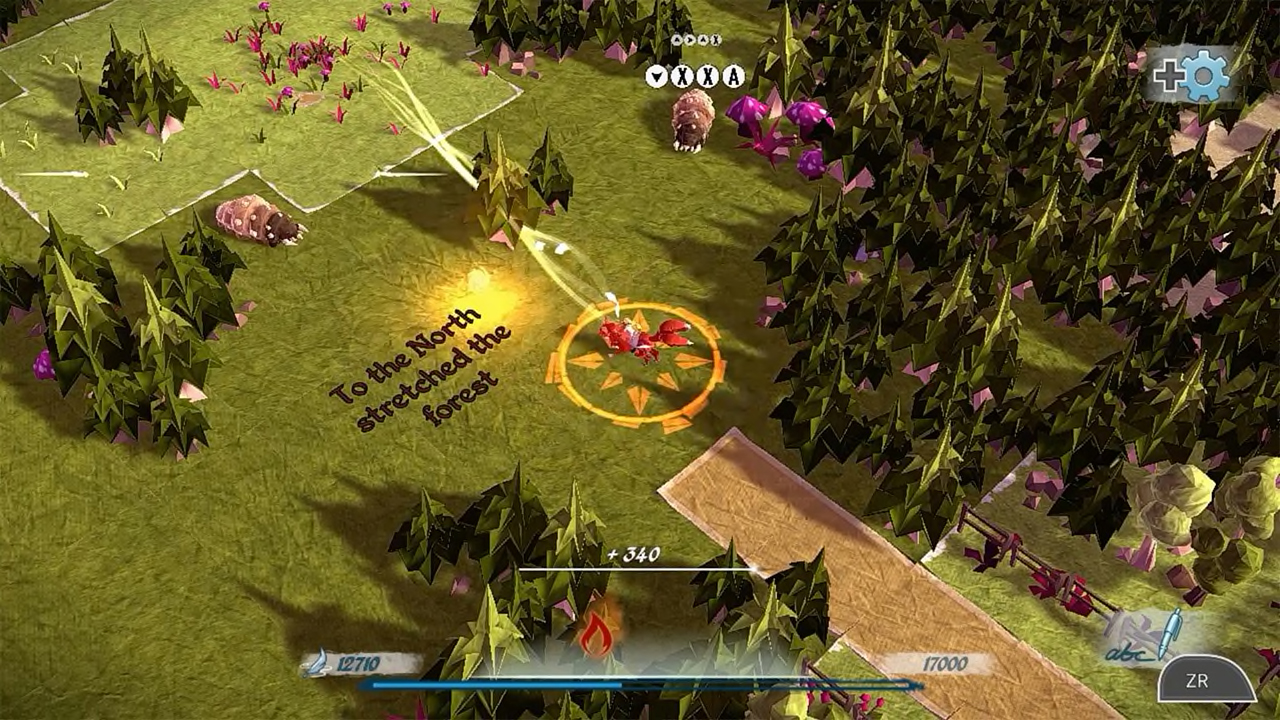 Or Button Mashing Chronicles, depending upon your setup.

Walk into any gaming store in the early to mid-’90s, and pretty much the only box you could find on the singular Mac shelf was Mario (yes, that Mario) Teaches Typing. Although it was marketed as a typing tutor, it served better as the punchline to many jokes about Mac gaming.

Fast forward 30 years, and now we’ve got Epistory – Typing Chronicles on the Nintendo Switch. This game is not a typing tutor, but those who put in the practice time with Mario will be glad they did. That’s because Epistory makes weapons of all the letter keys on your keyboard.

You read that correctly; keyboard. But before I explain that, you should understand the game’s premise.

You start a writer in an empty world. As you venture forward on your three-tailed fox, the world literally unfolds before you. The vibrant graphics are designed to look like paper that snaps into place and is filled with color as you explore. 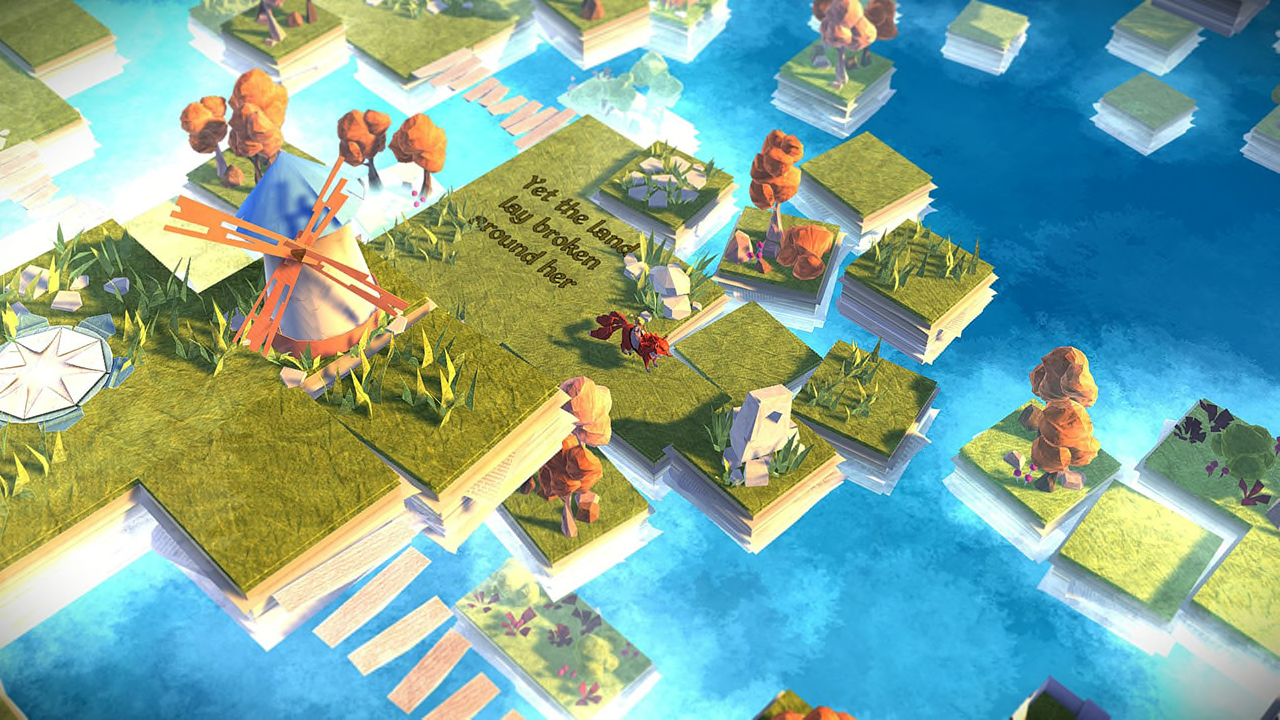 It’s all rather stunning, and it looks absolutely fantastic when in docked mode. The game looks great in handheld mode, too, and I couldn’t help thinking how cool this papercraft world would’ve been in three dimensions on the Nintendo 3DS.

The creative writing metaphor doesn’t end there, however. Passages of the story being written are revealed on the landscape as you explore, providing a seamless flow to the narrative your character is writing. However, there are forces that don’t want you to finish the story. You combat these enemies with the only weapons at your disposal: your words.

Epistory was originally released in 2015 for Mac and Windows PC, and the central gimmick was that you defeated enemies by typing the words that appeared over their heads. It didn’t seem too hard, as I’m a pretty decent typist (even without Mario’s help). However, there are numerous rounds where enemies come at you from all sides. The words you must type to defeat them get longer and more unfamiliar, and making a mistake can really trip you up. Also, the enemies come at you at different speeds. So, you may be working on one word (or set of words) only to find you need to back off and address a more imminent threat. 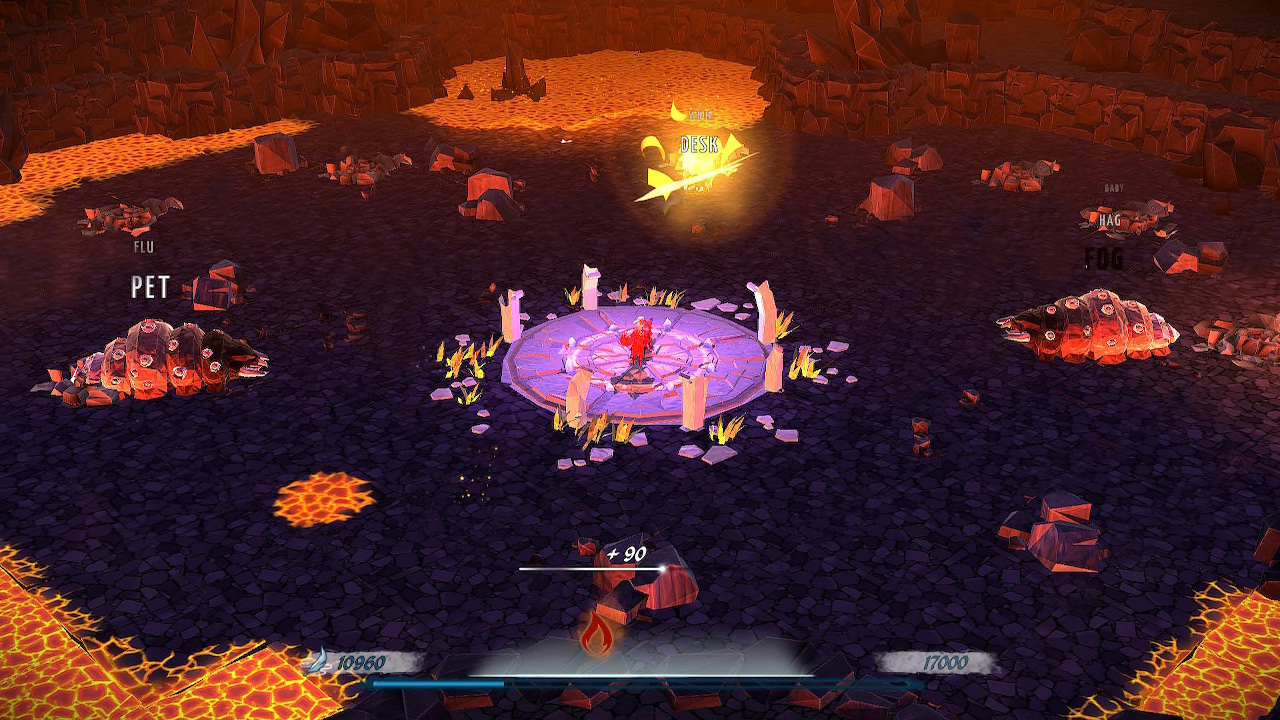 The problem with the Switch is that the Joy-Cons are not a keyboard, of course. So, the core gimmick doesn’t work unless you plug a keyboard into your Switch. Epistory will recognize if you’ve done that and carry on as intended. If there is no keyboard connected, the words are replaced by Joy-Con buttons. The drawback here is that you lose the literary connection, especially considering the words you had to type were sometimes meaningful to the narrative. Also, despite what marketing professionals tell you, you should never be afraid to expand your vocabulary. 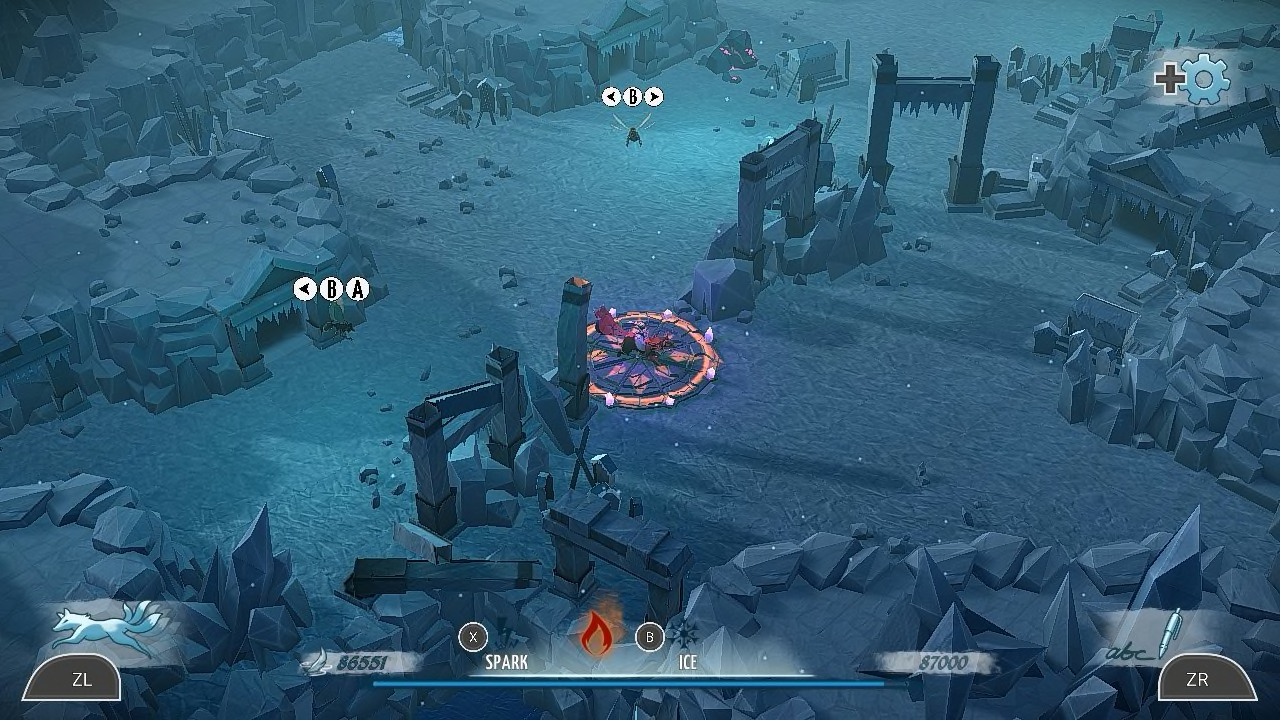 The benefit is that controlling your character is easier on the Joy-Con than it is with WASD, so it’s a trade-off. I have a feeling most Switch users won’t bother with the keyboard as you’re not likely to have a desk near the dock when connected to a TV. When using the Joy-Con or playing in handheld mode, you’ll hold down ZL to move your character and ZR to switch the controls to fighting mode. It’s easy to get the hang of it all, and the game intelligently adapts its difficulty to your skill level. Some of the bigger battles may seem overwhelming, but there was nothing I couldn’t get through with a few tries.

Epistory – Typing Chronicles isn’t all about fighting with words, however. The game also presents plenty of puzzles to solve and locations/items to unlock. Exploration is as important as combat, and the moments when new locations flip and fold into place is exhilarating to watch throughout the game. Various RPG components allow you to grow your character and reveal new abilities (such as different elemental attacks), and you’ll need them to access the game’s many locations and find the collectibles. 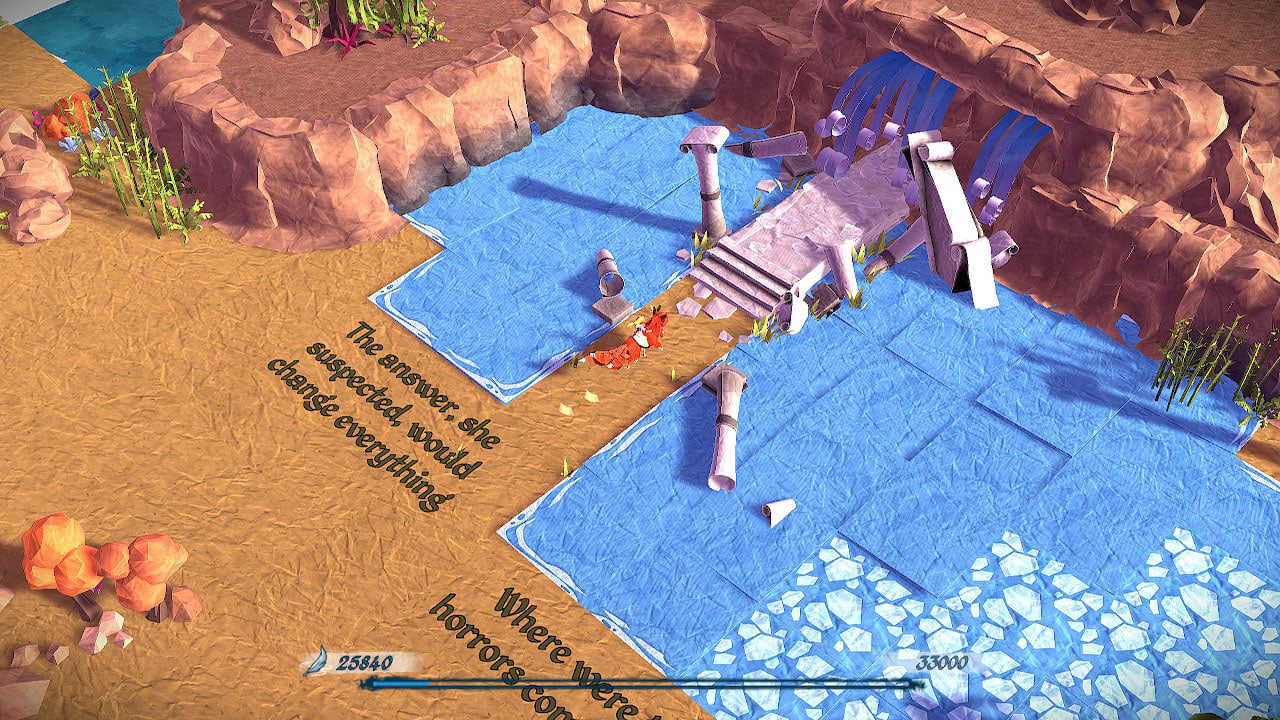 That said, Epistory isn’t the most engrossing adventure game I’ve played. And if you don’t buy into the paper/typing gimmick, the charm can wear off. You may also find yourself constantly blaming your Joy-Con or keyboard when you die due to your own mistakes. The game’s combat can get frustrating.

Finally, there will be times when it’s not clear where you have to go or how you can reach certain locations, causing downtime due to aimless exploration.

Still, Epistory – Typing Chronicles is a visual treat, and it plays like no other game I can think of on the Nintendo Switch. You’re better off going with the Mac or Windows version if you want the proper experience, but the developers have done a good job of making this game accessible to Switch players. Mario will be proud to see how far his students have advanced.

The very core of Epistory – Typing Chronicles is centered around words and story. The narrative and visuals carry over well to the Switch, but the typing combat gimmick requires the cumbersome use of an external keyboard or the built-in adaptation to Joy-Con controls. It’s a fun, clever game, but one that’s best experienced on the computer.