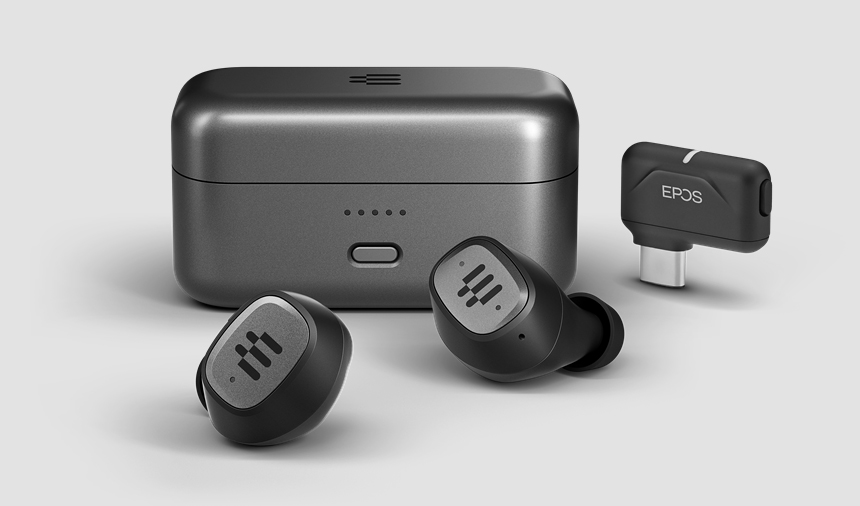 The golden age of wireless.

With ongoing talk of the mythical Nintendo Switch Pro, I continue to yearn for Bluetooth audio. Considering this has been a feature of handheld devices for over half a decade now, it baffles me that Nintendo didn’t include it with the Switch.

Thankfully, there are options for those who don’t want to wait, especially considering there’s no guarantee Nintendo will include it next time, either. The EPOS GTW 270 Hybrid earbuds are such an option, and they’re tailored specifically to the Switch and to gamers. 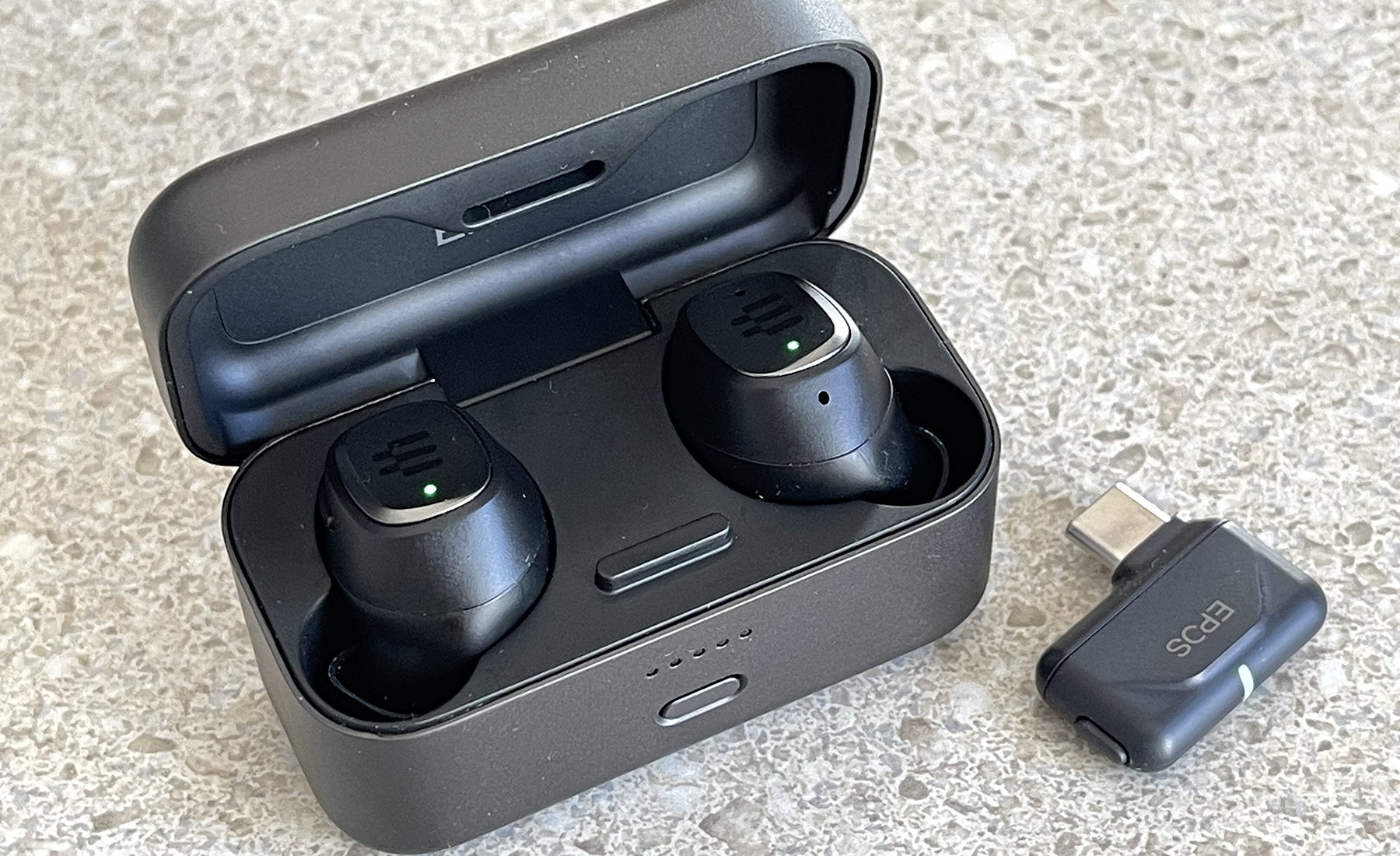 More accurately, they can be tailored specifically to the Switch. The “Hybrid” designation applies to the model that ships with a low latency dongle that plugs into your Switch’s USB-C port to make the wireless audio connection. The dongle is very small, measuring only an inch wide, so it barely takes up more space than the elbowed mini-jack of the wired headphones I normally use. EPOS includes a protective silicone case for the dongle that can remain on when the dongle is in use.

The earbuds come paired with the dongle, so Switch users can get started very quickly. Pairing with a different Bluetooth device is a simple matter of seating the earbuds in their carrying case, opening the case, holding the pairing button, then telling your Bluetooth device to make the connection. A light on the dongle will glow purple when the connection has been made. 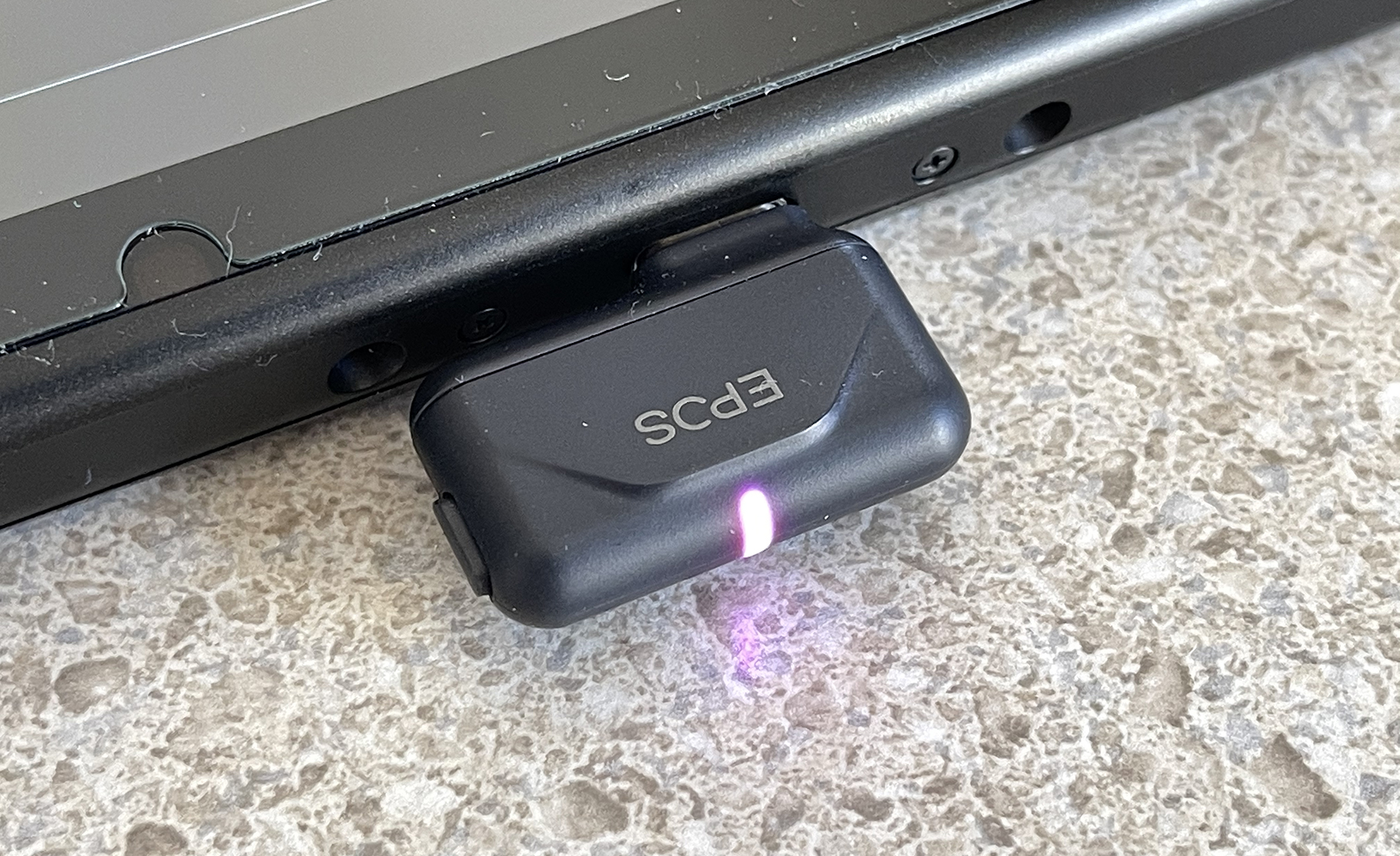 Sticking with the case for a moment, at about 2.5″ wide, 1.375″ high, and 1.25″ deep, it’s heftier than you may be used to with something like Apple AirPods. A USB-C port on the back is used to charge the case (which then charges the earbuds when they’re inside), and a USB-C to USB charging cable and a 4.5-foot extender are included. The front sports the pairing button and a series of LED lights to indicate battery power and pairing status. The case has a nice metallic finish, but it’s easily scuffed.

The case also provides a little over 15 hours of charging time. This is helpful, as the earbuds themselves will give you about five hours on a single charge. Twenty minutes in the case will charge about another hour of audio power.

The earbuds themselves come with four sets of silicone seals to help you get a decent fit. Two options fit my adult ears, so it was mainly a matter of how much noise isolation I wanted. A tighter fit provides more isolation, but they can become less comfortable for longer listening sessions. The earbuds have a nicely balanced weight to them that helped them stay comfortably in place. This is good because their darker color and compact design can make them hard to spot should they fall out. Note, however, that this didn’t happen once during my testing period. 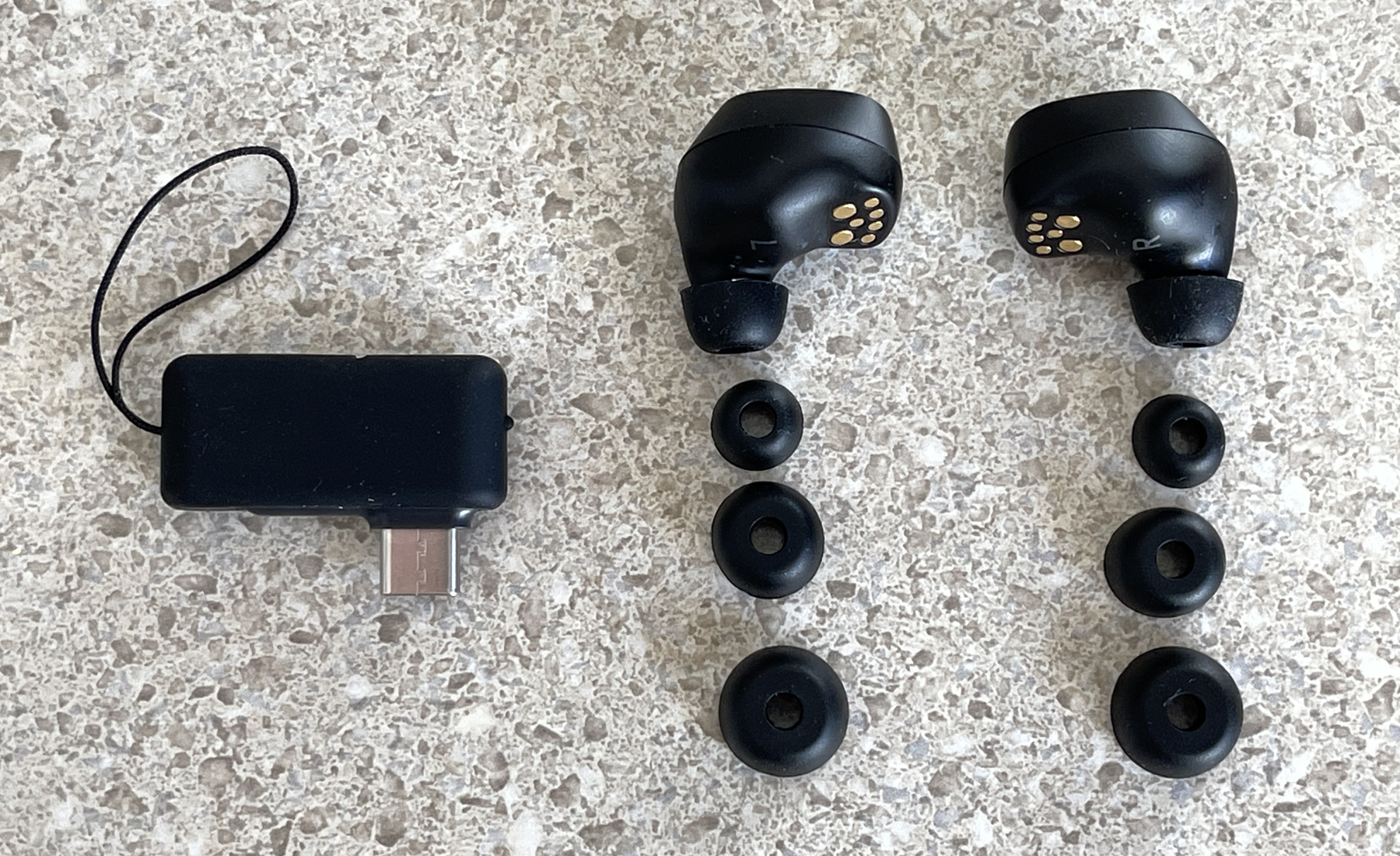 A single raised strip on the left earbud provides some playback control, none of which is relevant to the dongle when using the Switch. These are Bluetooth commands, and the GTW 270 Hybrid is using low-latency aptX technology when connected to the dongle. In other words, you can’t take calls through the earbuds unless you disconnect from the dongle and reconnect to a Bluetooth device. If you do so, one press will take the call, a second press will hang up, and a three-second press will send it to voicemail. You also get Bluetooth playback controls: one press plays/pauses, two presses skips a track, and three presses rewinds.

This aptX restriction also means you can’t use the GTW 270 Hybrid for multiplayer gaming, as the mic is engaged via Bluetooth. If Nintendo does support Bluetooth with their next system, however, you’ll be good to go, game-depending. In fact, if that’s happened by the time you’re reading this review, you can save $30 and buy the GTW 270 without the USB-C dongle.

All this aside, how do they sound? As good as you’d expect from a company that’s part of the Sennheiser legacy. They’re optimized for gaming, and therefore provide deep, booming effects and clear conversation. They create a full audioscape, too, so ambient effects sound like they’re surrounding you, not being pumped directly into your ears. When using them to listen to music, however, the audio is tipped too far to the low end. That’s fair, considering the target audience, but it’s something to consider when you evaluate your use. If you’ll mainly be gaming or if you’re all about that bass, as they say, the performance is stellar.

An odd oversight, however, is that the software required for firmware updates (of which there was one during my review period) is PC only. That would make sense in 1995, but it’s just lazy in this day and age. Hopefully, EPOS corrects this omission soon.

At $200 with the dongle, the EPOS GTW 270 Hybrid earbuds are at the higher range of Switch-compatible wireless headphone options. The lack of mic support with aptX is a drag, especially for serious gamers, but that’s just a limitation of the technology that won’t be a problem if Nintendo adopts Bluetooth going forward. At that point, you’re good-to-go with solid audio and excellent comfort without the need for special Switch treatment.

The EPOS GTW 270 Hybrid earbuds provide a convenient way to get low-latency wireless audio out of your Nintendo Switch. They’re pricey, but that’s reflected in their comfort level, their impressive sound, and their solid construction.