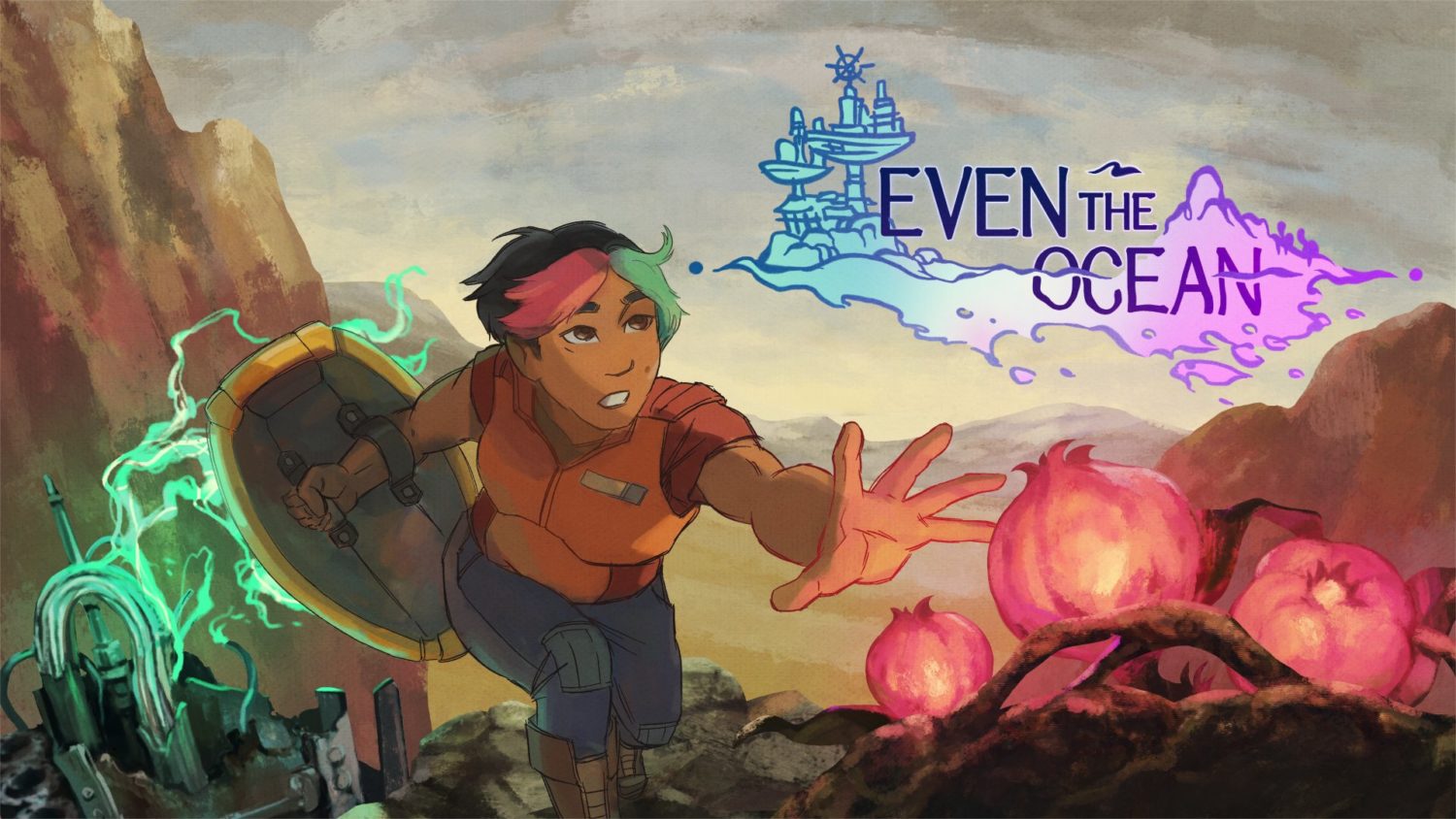 Even the Ocean is a perfect combination of a platformer and a visual novel. The story is compelling, and more relevant to the current environmental crisis than I had anticipated. It also unexpectedly tackles other, more mature themes, like loss. This story frames some enjoyable platforming, though often a little easy. But Even the Ocean doesn’t feel like it’s meant to be difficult — it’s a calming adventure with a story to tell. 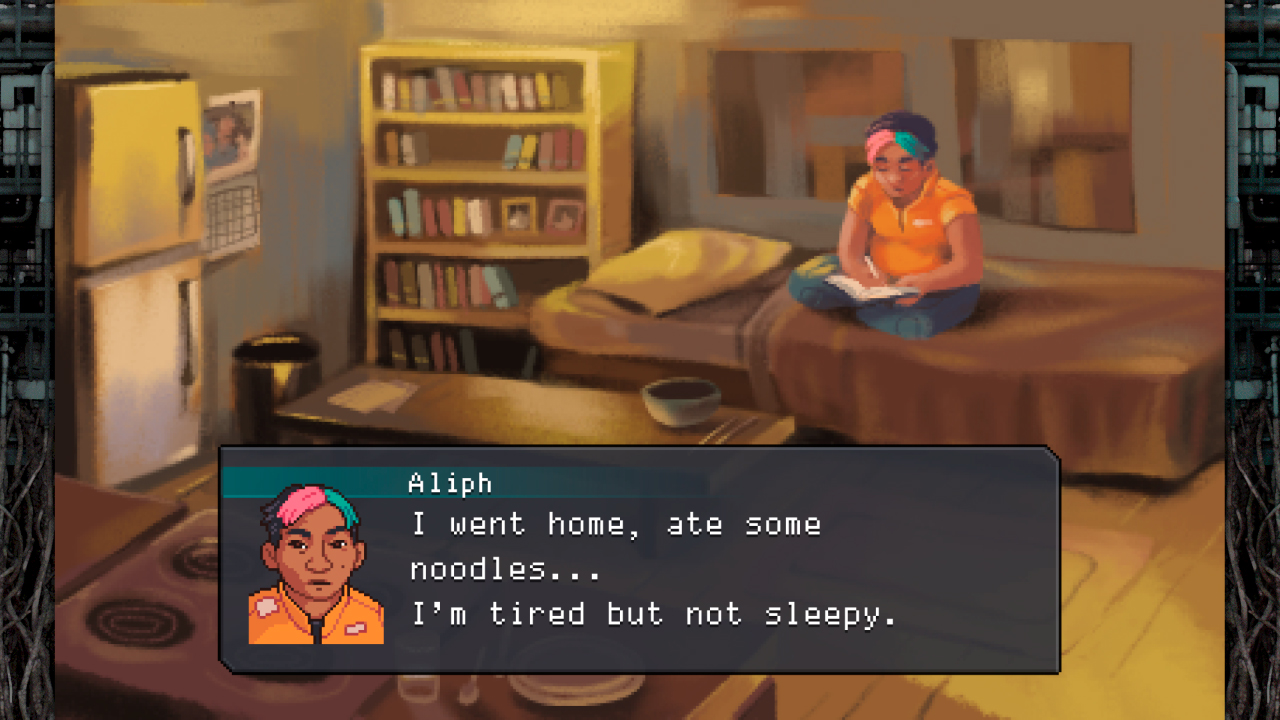 You take control of Aliph, a technician, as she sets out on her first job with her new colleague, Cassidy, to fix a power plant. It doesn’t take long for things to go wrong, and Aliph soon finds herself on the mission alone with just the remains of her destroyed suit. From the wreckage, Aliph pulls out a shield-shaped piece of scrap that acts as your primary tool for the next eight hours or so. It’s used not only to protect you against threats, but also to help with traversal. Aliph marches on and finishes the job, which soon leads to a meeting with White City’s mayor, a predictably shady character.

After your first meeting with the mayor, it comes down to you, the plucky new kid, to fix the rest of the plants powering White City and save your new home. Aliph continues on her mission without replacing the armour that broke, meaning the two energies found within the plants—dark and light—can harm her. This is undoubtedly the most interesting thing Even the Ocean has going for it. On the screen, where you would normally see a health bar, there’s a meter showing Aliph’s dark and light balance. If it completely fills with either dark or light, Aliph will die. It sounds pretty simple; just avoid both and all will be well. However, if your meter is too far towards light, you can jump higher, and if it’s too far towards dark, you will move quicker. This isn’t that important at first, but as you continue to push deeper into the game you will need to use this to your advantage. 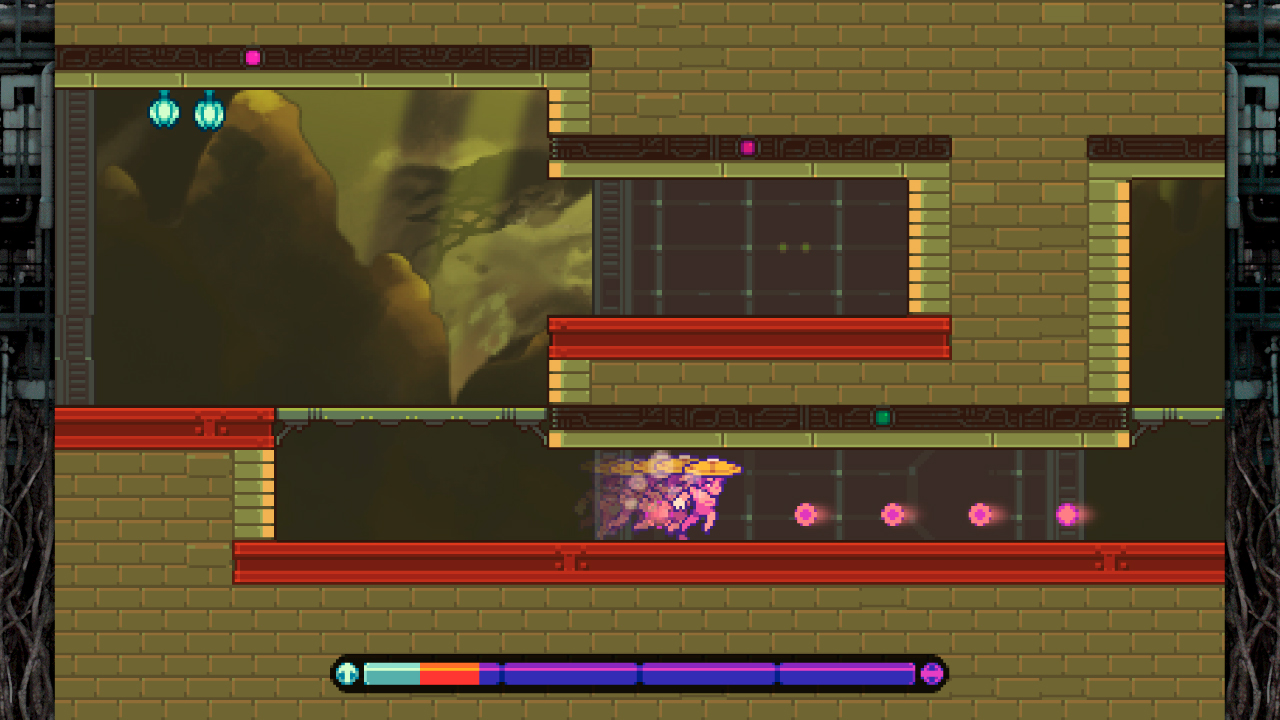 When leaving White City to go fix the power plants, you are given the choice of which plant to tackle first, but traveling to these areas is all done through an overworld akin to what could be found in ‘90s RPGs. The backgrounds of areas all do a great job of appreciating what has come before, so much so that I wish there were RPG elements to enjoy.

When you are choosing your settings at the beginning of the game, you are provided with different gameplay options that will dictate your experience. If you’re only here for the story, then you can play the game as a visual novel. Alternatively, if you’re only here for the platforming, the game accommodates that. The existence of these options just proves how strong both parts of the game are, but you undeniably get the best experience when you pair them together. 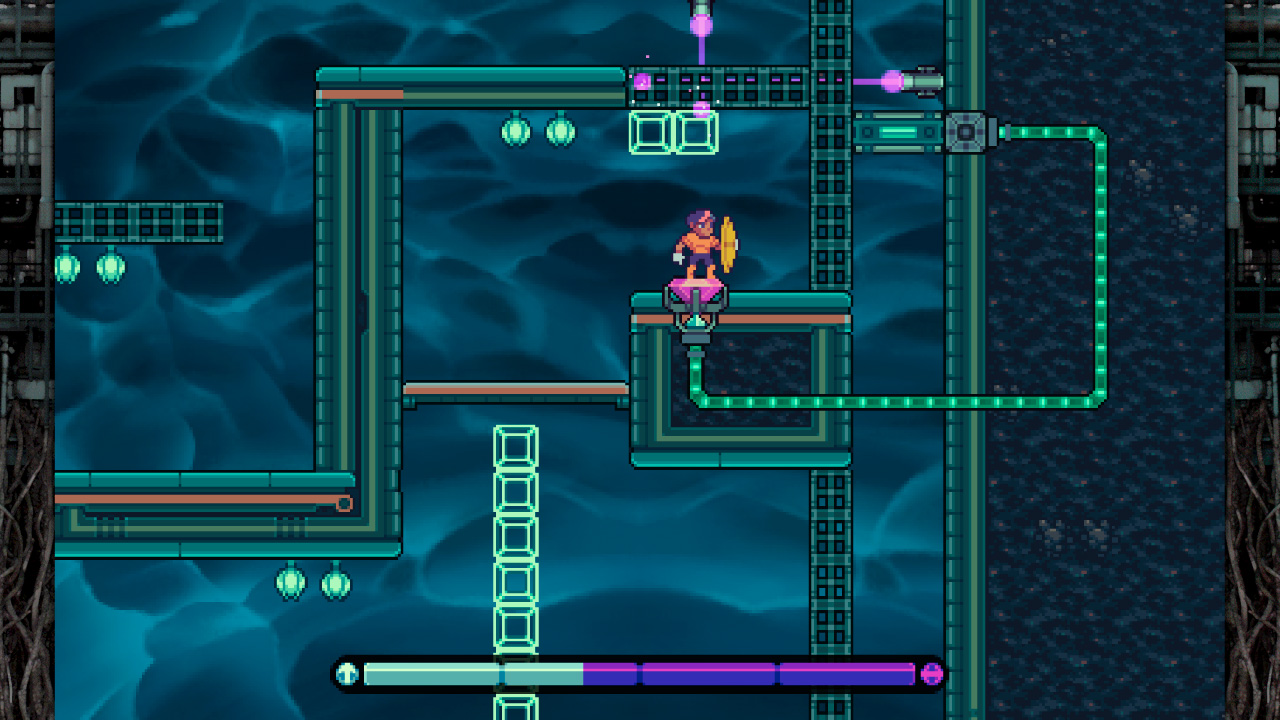 The core of the game contains a message — one that it delivers clearly without hitting you over the head. There are complexities that, despite being appreciated, I really didn’t expect when I began playing, and this surprise helps elevate the game’s story above what you often see in other visual novels, although it does suffer from subpar writing. Sadly, I usually enjoy a more challenging platformer, but making Even the Ocean harder wouldn’t suit the game’s general aesthetic, as everything from the way it looks to the stunning score is working to fulfil one goal.

Even the Ocean is a combination between a visual novel and platformer that tells a compelling story, while doing justice to both genres.