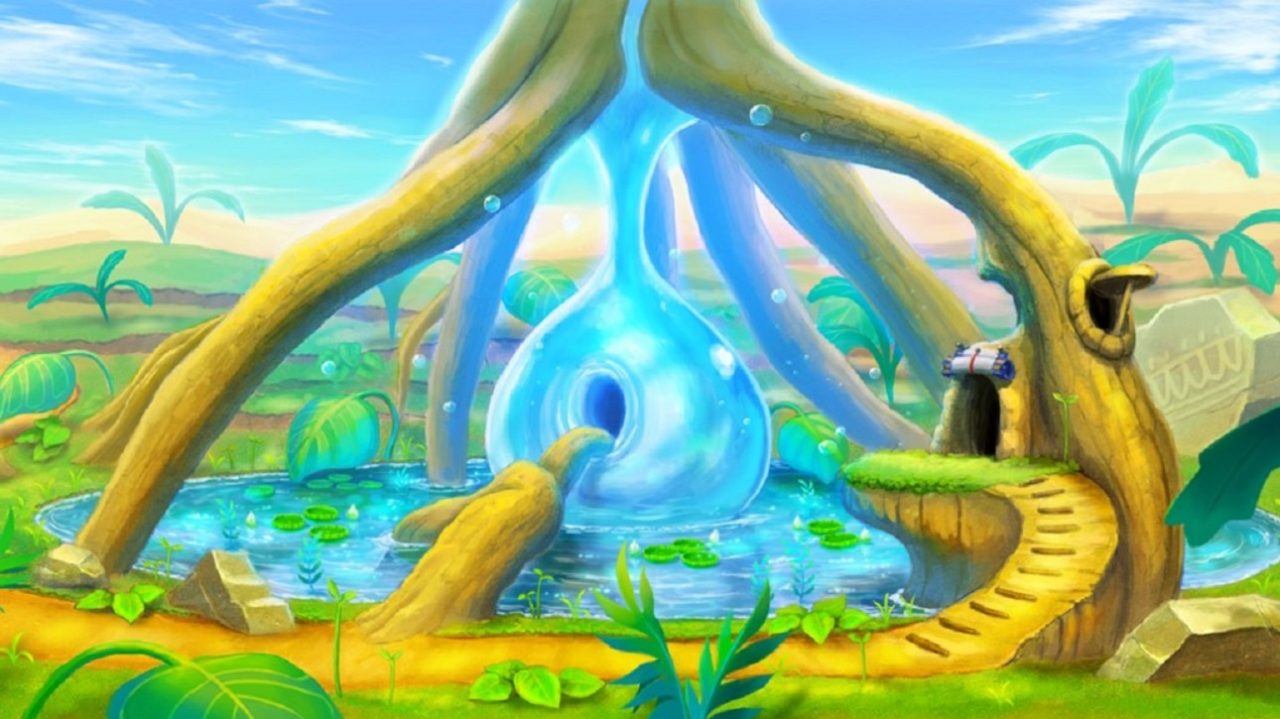 A surprise unveiling at E3 2016, Ever Oasis is a new IP from Grezzo. If you’ve played any Zelda title on the 3DS, you’re already familiar with the developer’s high-quality work. Let’s see how their pedigree carries on into this new action-adventure RPG.

With the mysterious force known as Chaos turning creatures into feral monsters, it’s up to you, as Oasis chief, to take action. Playing as Tethu or Thethi (customizable male or female characters) you must not only preserve your oasis, but expand it, creating a safe haven for other desert tribes. This will involve venturing out into the sandy dunes and surroundings to explore, harvest resources, solve puzzles, and more, all while engaging in combat with the various transformations. Despite the looming threat, Ever Oasis is largely upbeat, thanks to its colorful presentation, widely likable characters, and gameplay variety.

It’s the assortment of styles that initially won me over. Ever Oasis adopts some aspects from other classic games that many Nintendo players know well, including Koichi Ishii’s Secret of Mana, but makes them all its own. The oasis community and interaction with its residents reminds me of Animal Crossing. Gardening and synthesizing equipment bring to mind Story of Seasons. Team combat, aesthetics, and festivals recall the GC classic Final Fantasy Crystal Chronicles. Unsurprisingly, there are Zelda nods as well. However, I’ll reiterate that all of these elements, and then some, come together in a way that feels nostalgic, yet new.

Although the game starts off with just your own Seedling Tribe, other tribes will gradually be introduced. Locating their settlements is a highlight, and each brings their own appeal and unique abilities to the proceedings. When delving into Ever Oasis, you’ll find plenty of interesting locations that you can enter, but few that you can progress overly far into. Working out the clever puzzles to advance often involves having the right character in your party. Thankfully, warp points cut down some on backtracking. Completion percentages can also help give you some idea whom you might want in a given area.

All of the battling is real-time, but switching between controllable characters is no more than a quick and simple button tap away. Just because characters are from the same tribe, doesn’t always mean they’re equally effective against the same enemies. So don’t be shocked when that Serkah hammer that was dealing massive amounts of damage earlier, suddenly barely leaves a scratch. Especially later in the game, and against bosses, you’ll need to be mindful of equipped weapons and their attributes. Another thing worth mentioning is that the experience you gain won’t register until you return to the oasis. So you’ll need to show some patience (and possibly take advantage of reviving) for stat increases and gaining access to new combos. These add another layer of strategy to already satisfying combat, especially with so many allies to pick from.

That said, I found a few minor irritants. One is how you can fall in battle while in the midst of eating the healing fruit. That’s silly. I had one encounter where the creature (possibly a mini boss) was so much faster than the healing animation, that it nearly canceled out the means to heal. Another is that every so often your team members simply won’t respond as they should, which can be rough when trying to get 100% completion in a dungeon. Be that as it may, it’s certainly not uncommon in games reliant on AI partners, and I’ve found times like these are more the exception than the rule. Adventuring as a trio is still good fun, though I wish you could have a party of four – meeting someone in your travels and adding them to your party necessitates sending somebody else home.

Not that there isn’t plenty to be done at your home base. With so many desert adventurers and wanderers a mere quest away from taking up residence in your oasis, you’ll need to keep things thriving. Bloom Booths (shops) must be grown, and inventories maintained. The adorable Noot tribe have plenty of dewadems to spend, and they’ll be looking to do so when arriving at your oasis on a daily basis. Just when you think this juggling might become too much, you’re given the ability to expedite, and later delegate the process a bit. It’s nice how, after some time, you can leave gardening, material gathering, and so forth, to those you’ve assigned if you wish to prioritize the main story. Just make sure to pop in every so often to deal with the Chaos plants that show up at intervals. A burst of Green Gale will blow them out of your oasis.

If you approach this game in a linear fashion, you can level up yourself and your oasis inhabitants without too much trouble. However, you can also level up each individual Bloom Booth, and notably the oasis itself with the help of Esna. So you won’t want to neglect side quests. Many will be available to you as Oasis chief, though you can only tackle one at a time (in addition to the main story). Your to-do list will help you keep track of those you need to revisit. Some of these requests will be completed quickly, as you’ll have already hit the criteria in your normal travels. Others present more of a challenge, especially if they’re only a rumor from an area you’ve yet to discover. But it’s always satisfying hearing the “Quest Complete” jingle and watching ranks increase.

Besides leveling up, success also equates to happy residents. It’s not enough once someone joins your community; you’ll want to keep them in high spirits. You can track the mood of every member (and guest) of your oasis and get details on their shops and so forth. The conversations you have with residents aren’t especially lengthy, but they do help in fleshing out individual characters. Happier residents mean more HP for you. As chief, establishing and maintaining relationships is a key part of Ever Oasis. Watching as the population and boundaries of your oasis grow is very fulfilling.

Ever Oasis offers a refreshingly colorful presentation that displays some real imagination. I was worried the desert setting might make for a blander looking game, but that’s thankfully not the case. There’s some whimsical diversity on display. The 3D effects can really bring extra life to certain scenes. The more your oasis expands, the more vivid and better looking it gets.  Meanwhile, the music is simply wonderful. It’s an ideal complement, and the sort that you’ll leave the screen idle simply to listen and enjoy it. Why is there no in-game music player to enjoy the soundtrack? I’d go so far as to say the compositions in Ever Oasis are among the best you’ll hear in all of the 3DS library.

Nintendo is advertising Ever Oasis as “the ideal summer game!” It’s definitely a title that can keep determined 3DS players occupied for a good while. There’s a lot to soak up in this substantial adventure, but it’s balanced to help you develop a rhythm and remain engaged. K. Ishii and Grezzo clearly put a great deal of effort into this game, and it shows in the finished product. Ever Oasis is an exceptionally crafted experience. This fun adventure should bring smiles to all sorts of players, but I think kids (and kids at heart) will find it especially appealing. 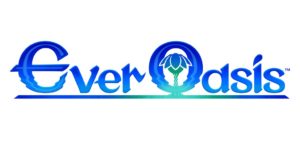 K. Ishii and Grezzo clearly put a great deal of effort into this game, and it shows in the finished product. Ever Oasis is an exceptionally crafted experience.