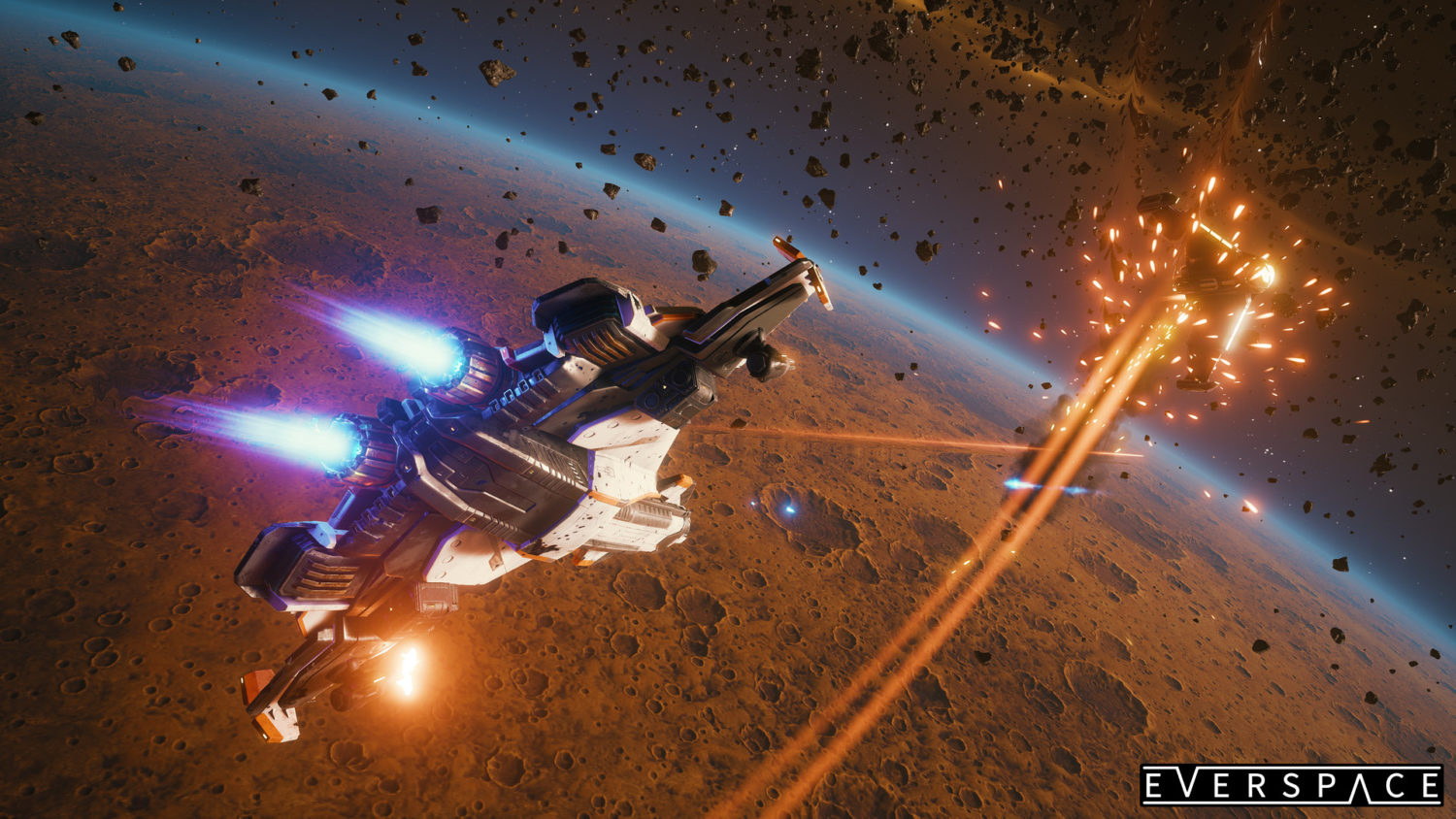 Everspace: Stellar Edition provides a sense of freedom, vastness and wonder as soon as you start to control your ship in outer space. It’s a game that encourages some stealth and tactical thinking during play, as you manage pretty much every resource you have on this journey of probable death.

The main game begins with a quick story and tutorial, letting you get right down to it. It could easily be tutorial-heavy, but RockFish Games have gone for the right option in letting the player learn as they go along.

Once you are manning the cockpit, your ship can move backwards or forwards, quickly or slowly, and even rotate. Graphically, the game is impressive on the Switch, and the freedom of movement makes it feel like you are really in space, along with the animations. Destroying an enemy and Jump Drives (sort of like a Millenium Falcon-esque hyperspace jump) feel and visually look absolutely fantastic. It can take a bit of time to adapt to the controls, but they feel good once you do. It felt like what a good FPS should feel like, but in a spaceship.

You will generally find enemies in a distant cluster. On approach, you have to be wary. It’s a bit of a risk-reward scenario, risking your life to destroy them for resources that will make you more powerful as the game goes on, or even just to survive. It makes it somewhat of a stealth RPG as you are able to upgrade and add equipment to your ship.

If you are familiar with piloting a ship in games like Star Wars or Star Fox 64 where you’re likely to meet a horde of enemies right from the get-go, this game steps away from that – you are in control of charging down enemies. The dogfights are fun, chasing after a hostile ship while defending yourself from the one tailing you. There was the odd frame rate slow down when in the midst of a squad of enemies, but it isn’t enough to disrupt the enjoyment of the game. 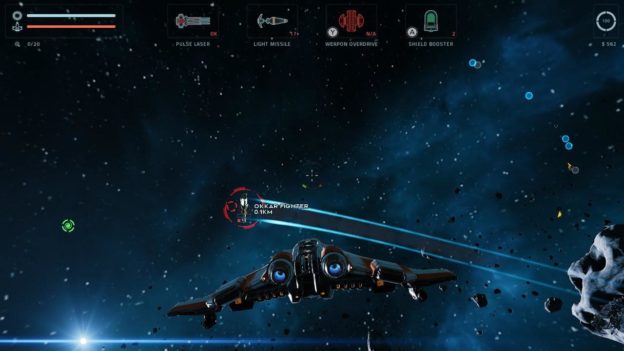 Resources further come into play in this context, as you try to maintain a solid shield to prevent death and use your shots wisely before your lasers require time to recharge. Firing a homing missile feels great when it lands on your target. When under attack, it’s difficult but not impossible to escape via a Jump Drive – speeding towards a Jump Drive in the hope that you safely get to 100% before you are brought to your death is a satisfying sigh of relief.

The game has a strong difficulty level. Even selecting ‘Easy’ provides plenty of challenge. Selecting a difficulty itself provides plenty of fear with the descriptions attached to each one, but upgrading your ship with dangerous and intriguing new weapons will keep you coming back for more. 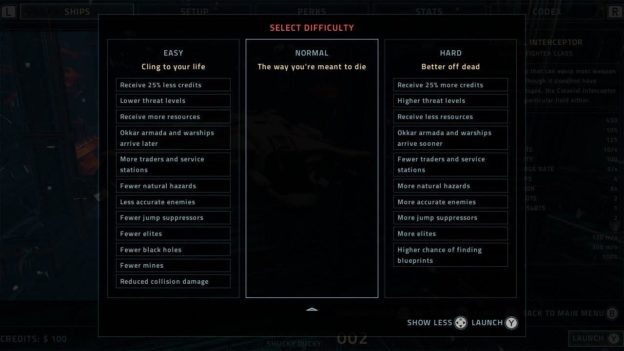 Overall, Everspace: Stellar Edition is a fantastic addition to any Switch library. If you already like games set in space, this is a title that is beautiful visually, controls fantastically, and sports a fitting soundtrack to boot. There are plenty of missions to complete and the stealth aspect of the game, along with the ability to upgrade your ships, weapons and defence will provide you with plenty of reasons to keep playing for many, many hours. At $39.99, it’s a fair price for a solid game. Please note that there’s no multiplayer, but the game offers more than enough for a great single-player experience and comes packed with a beautiful digital artbook.