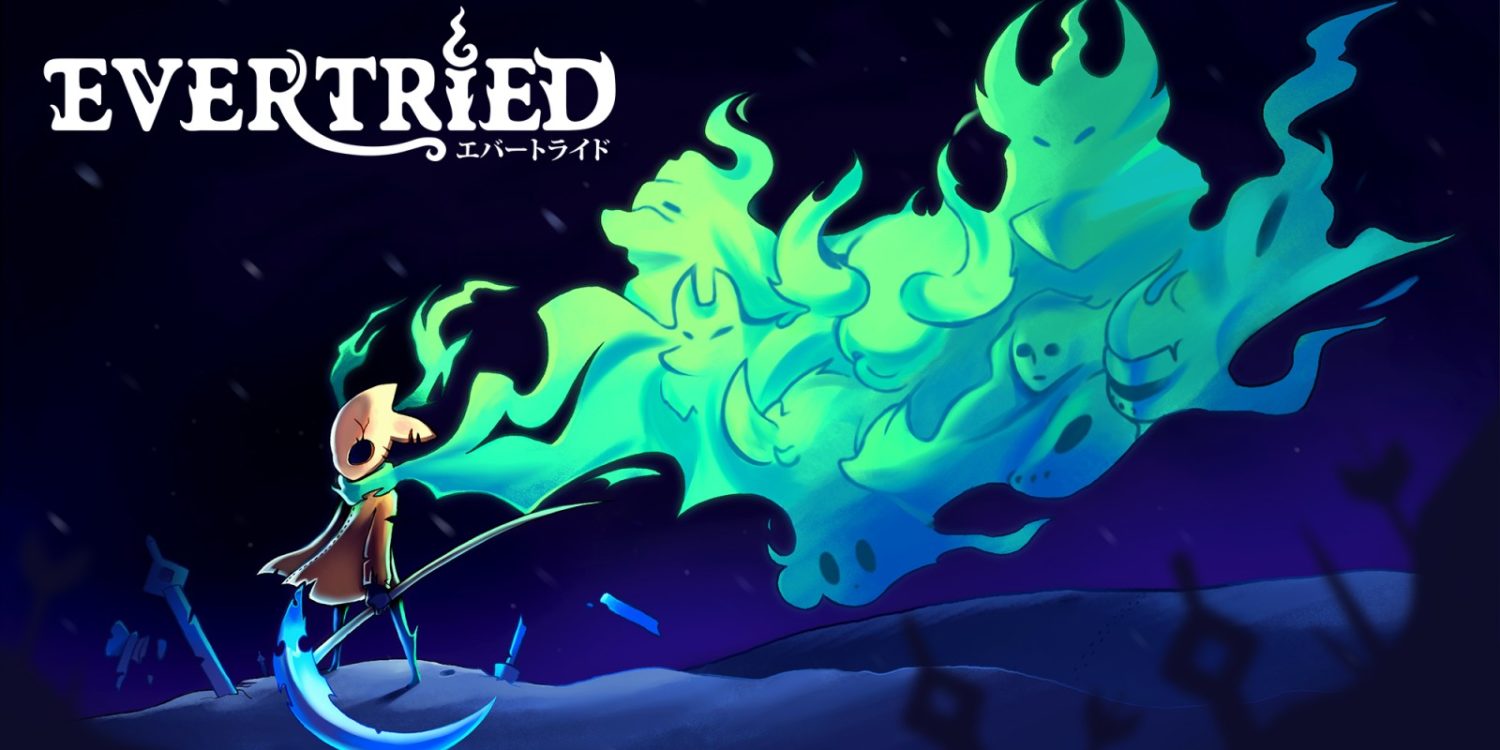 Evertried kicks off by explaining to you what’s going on. It’s a very short introduction that intends to get you straight in immediately. You play as a lost soul who was not deemed worthy of heaven but also isn’t a good fit for hell. Unfortunately for the undead chap we take control of, he has to climb “The Tower” to show his worth. 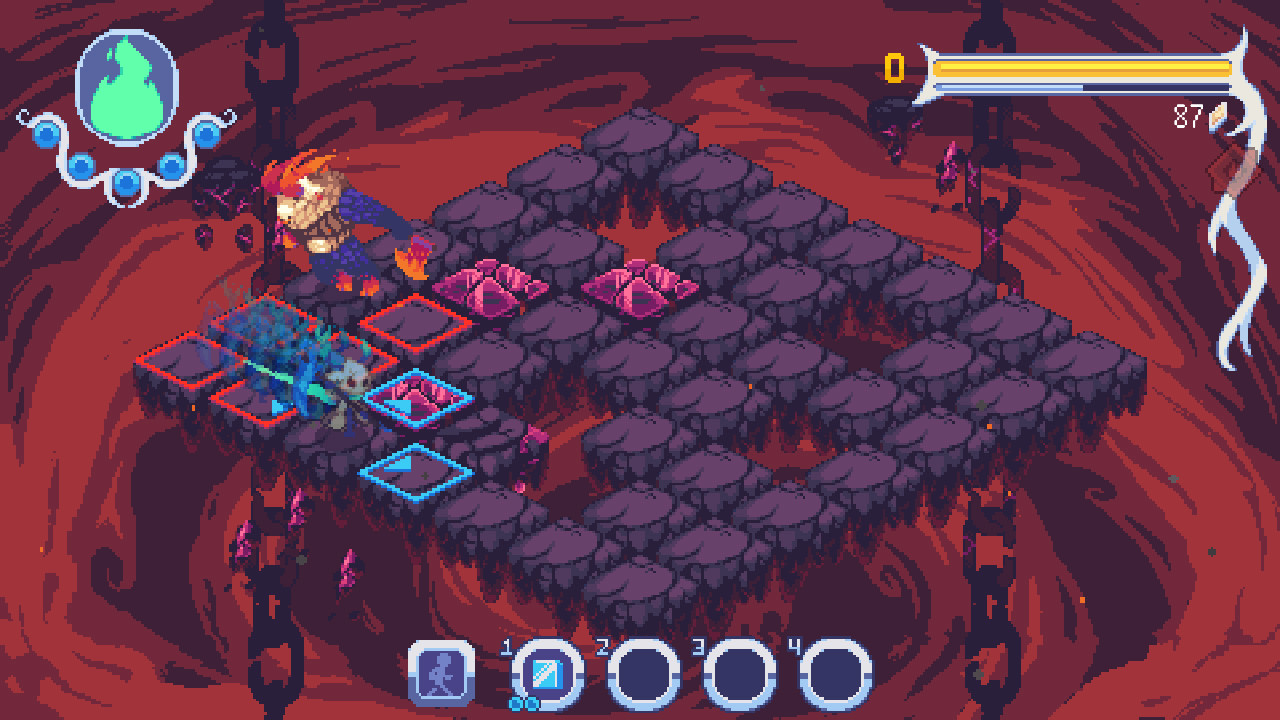 The Tower itself boasts fifty different floors, split into five different areas. Each area has a shop floor for you to buy different abilities as well as allowing you to heal. Every area also has a boss for you to best before moving on to the next stage. The bosses are well done and offer a different challenge to the rest of the game. As you progress through the varying stages, you will accumulate shards. These shards are the currency that you will spend in the aforementioned shop to acquire different powers to help on your run.

Evertried is a turn-based roguelike, so if you die during a run, you have to start fresh with nothing unless you have mastered a skill. Although this space is becoming increasingly congested, Evertried does enough to justify giving it a chance by using a fast-paced turn-based system. The enemies do not move until after you do. So you have as much time as you want to execute your moves. There are a few different varieties of enemies, all of which can be viewed in the menus, but, again, none of them move until after you do. 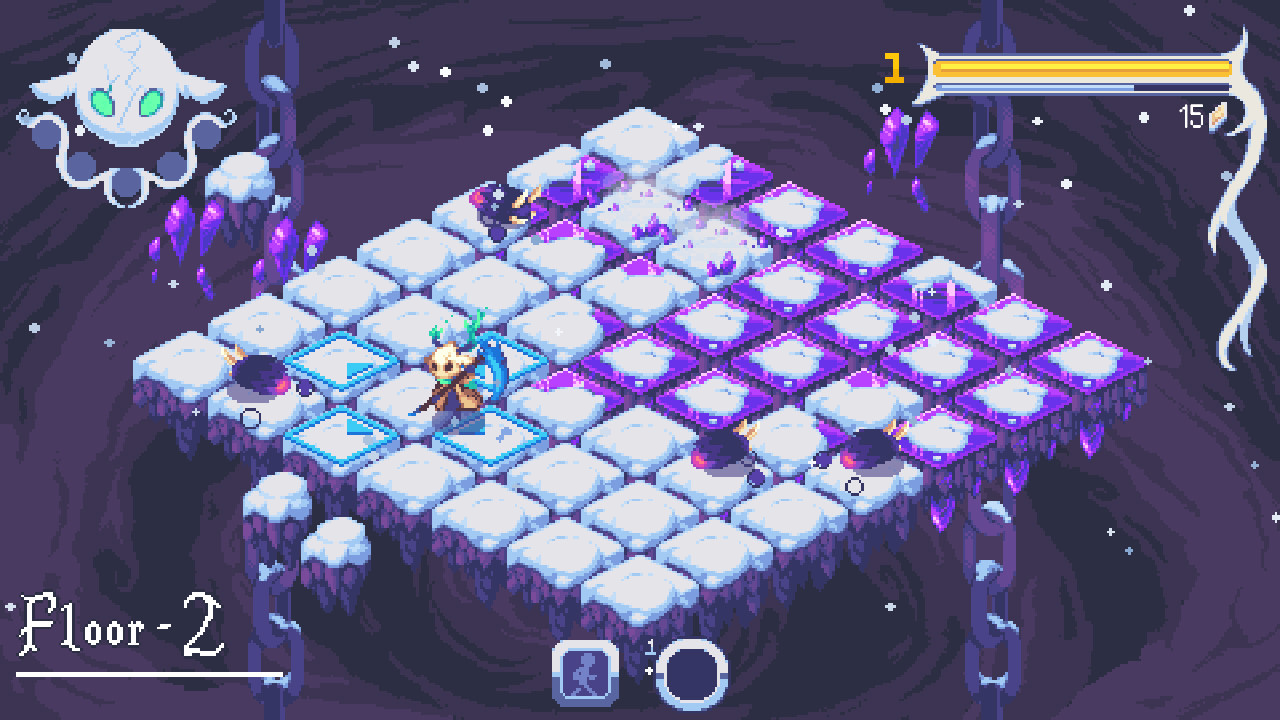 The controls are incredibly simple. You move in either direction, as well as having the option to dash. The platform is laid out like a grid, with each thing taking up a square, or in some cases, if they’re larger, they will take up more than one.

The best way to succeed is to take your time, but once you get into the swing of things you can go as quickly as you like. It’s a great way to get through the initial levels quickly after each death, which is very fortunate as there isn’t much to keep each level fresh. They do grow stale with how often you will have to repeat them. There isn’t enough variation from run to run.

Having control over how fast the game feels allows for a freedom that isn’t often found in this genre. It’s certainly what helps Evertried stand out. The only caveat is that there is a meter at the top right of the screen that builds up as you play. This is a multiplier for how much of the in-game currency is dropped by each enemy. This can run out over time, meaning you lose your multiplier and ensuring it’s in your best interests to not take too long. 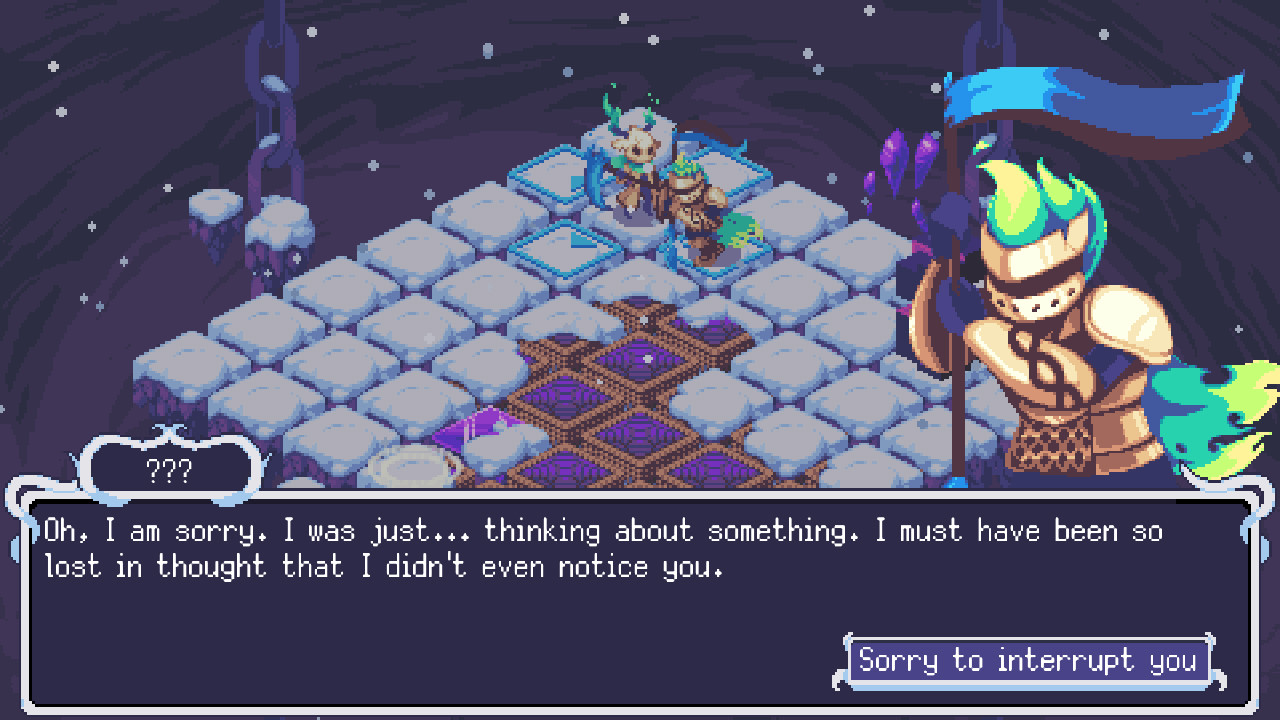 Evertried is an enjoyable package offering a good twist on a well-trodden formula. It’s not the most challenging of roguelikes I have played but the turn-based combat is certainly enjoyable. It’s just a shame the game can grow repetitive and stale quicker than I would have liked.

Evertried is a welcome take on the rogue like genre. Although it can feel repetitive, the turn-based gameplay is a refreshing take.