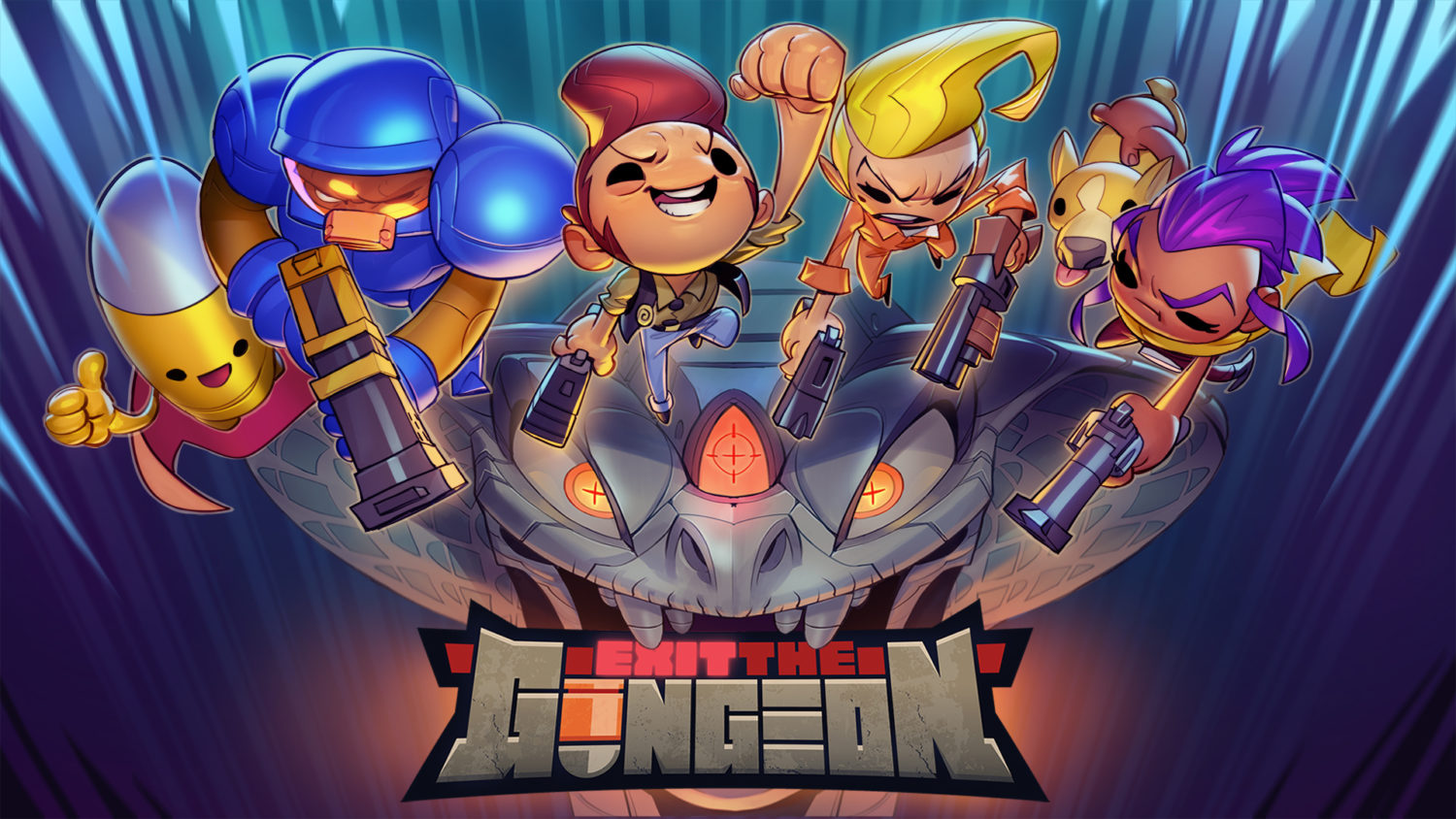 Exit the Gungeon is a bullet hell adventure where the ‘Gungeoneers’ are attempting to escape. It is the follow-up to 2016’s hugely successful Enter the Gungeon by developer Dodge Roll. Fans of the franchise will be well aware that Exit the Gungeon first released last year exclusive to Apple Arcade, but now it’s finally out on the Nintendo Switch. 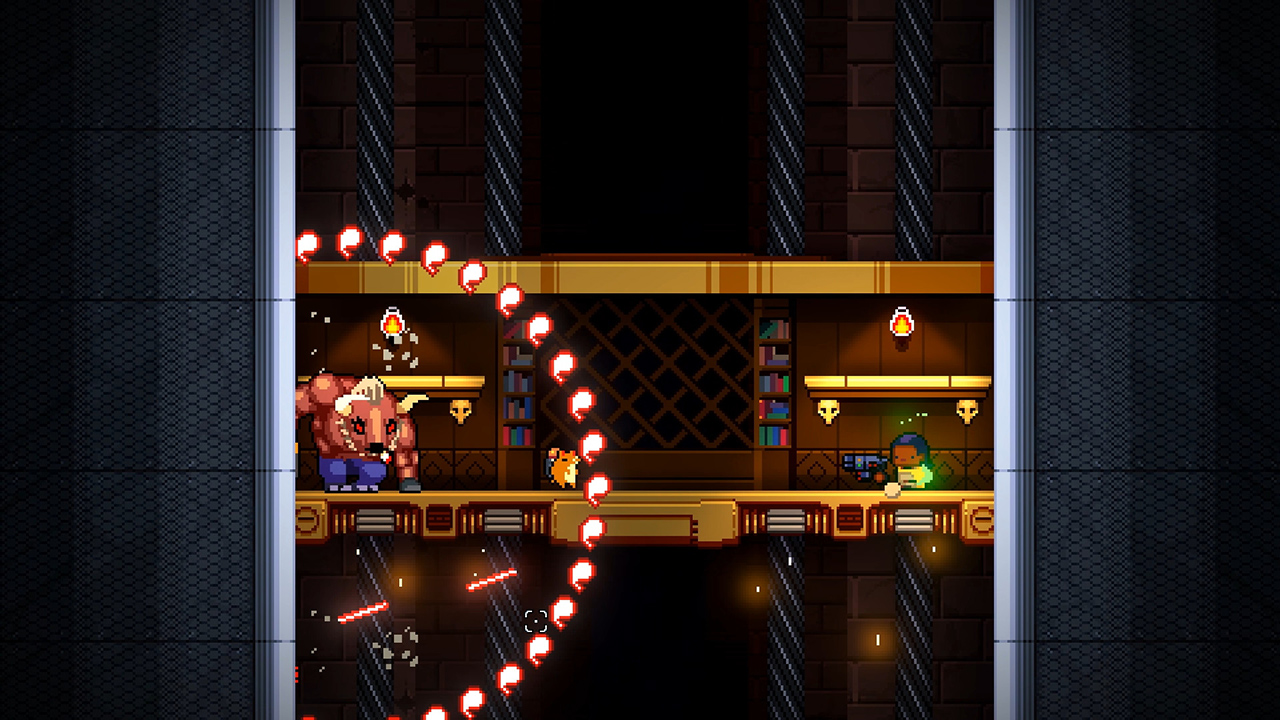 First, I need to make it clear that although this game is the continuation of Enter the Gungeon, it is more of a spin-off than a sequel. Exit the Gungeon is more like the younger sibling — it is smaller in scale than the original, and this is most likely because it was initially a launch title for Apple Arcade. This doesn’t mean it doesn’t feel right at home on the Switch. Exit the Gungeon picks up immediately after the previous game ends — due to the events of the previous game, the Gungeon has become unstable and is on the verge of collapse. Now it’s time to escape.

Unlike its predecessor, Exit the Gungeon is not top-down but instead side-view. Changing the view of the game helps to renew the experience. It also allows Dodge Roll to introduce a new move, or “ascending/descending dodge-rolling”, as it’s charmingly referred to in-game. I know it’s not necessarily groundbreaking, but it allows for a change in stage design, paving the way for more platform-style levels. It’s also very useful when you need to get out of a jam — much like the standard dodge-roll, you’re invulnerable when jumping. 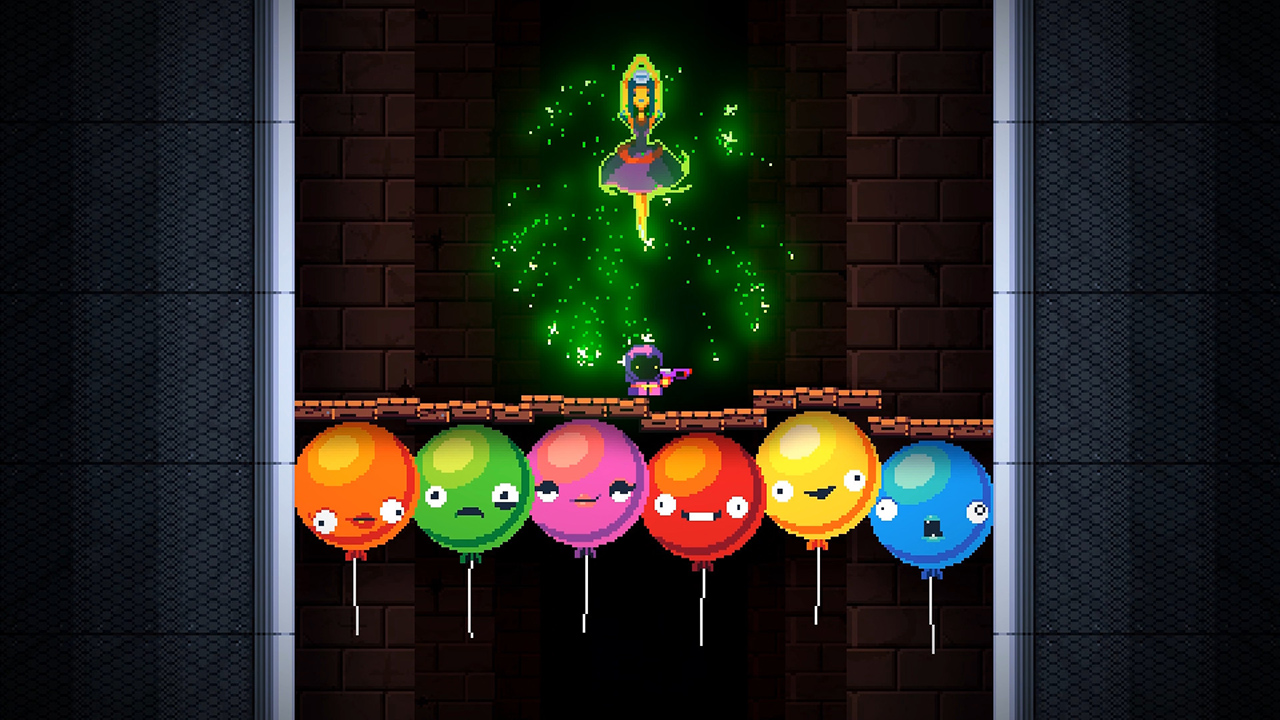 Exit the Gungeon is more stripped down, so it does mean guns are no longer found in chests. Instead, an NPC you meet in Enter the Gungeon named Sorceress blesses your weapon at the beginning of each run. This allows your weapon to randomly change every thirty seconds. Constantly changing weapons has its benefits — ammo isn’t an issue, and it does a great job of keeping you on your toes as you never know what’s next. However, it also has its downsides. Because you never know what’s coming next, you end up swapping a weapon you really like for one you might not like. For example, weapons that need to be charged, whether they are powerful or not, can completely disrupt your rhythm with how long they take to fire. Still, you always feel in control of whichever weapon you have at the time, and the game feels great to play.

Unfortunately one of the things Exit the Gungeon has sacrificed is the sense of exploration that the original had. It’s understandable as this is meant to be a condensed experience, but Exit the Gungeon really feels as though it is missing that element of exploration, especially when comparing it to its predecessor. At the beginning of the game, it’s explained to you that you’re going to have to get an elevator in order to get out from your soon-to-be destroyed surroundings, so the stage is now an elevator with rooms you have to clear inbetween. After the first elevator, the rooms will change, unique to the Gungeoneer you have chosen — from which there are four to choose, with more that unlock as you progress. These elevator rooms may lack depth, but the new stages are well-designed, and for the most part, they’re interesting to look at, even if they can feel a bit snug. I can say, without a doubt, that Exit the Gungeon may be a shorter game, but it’s not one to be ignored. Completing a run is no easy feat, but it is incredibly satisfying once you make it out of all the chaos — and that is exactly what this style of game should capture. 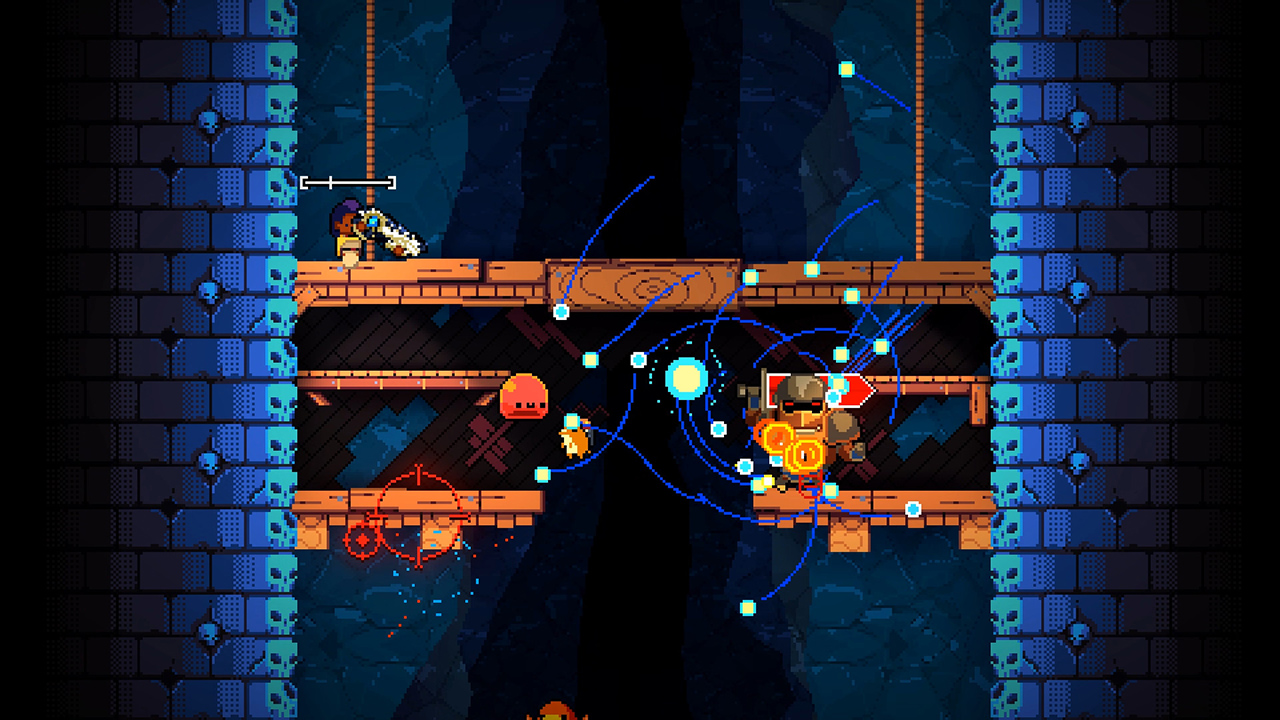 Exit the Gungeon may not be what people want after finishing Enter the Gungeon, but other than a few minor gripes, it’s definitely worthy of the Gungeon name. It’s an enjoyable challenge despite being much shorter and lacking one of the original’s best features: exploration. Even if it doesn’t quite feel as rewarding and the game as a whole can feel a bit safe, it’s still a must-play for fans of the original and worth checking out for newcomers.

Exit the Gungeon is a refreshing next step for the franchise. The smaller scale comes with certain drawbacks, but it’s nonetheless a worthwhile experience, even if it’s not to the same standard as the original.