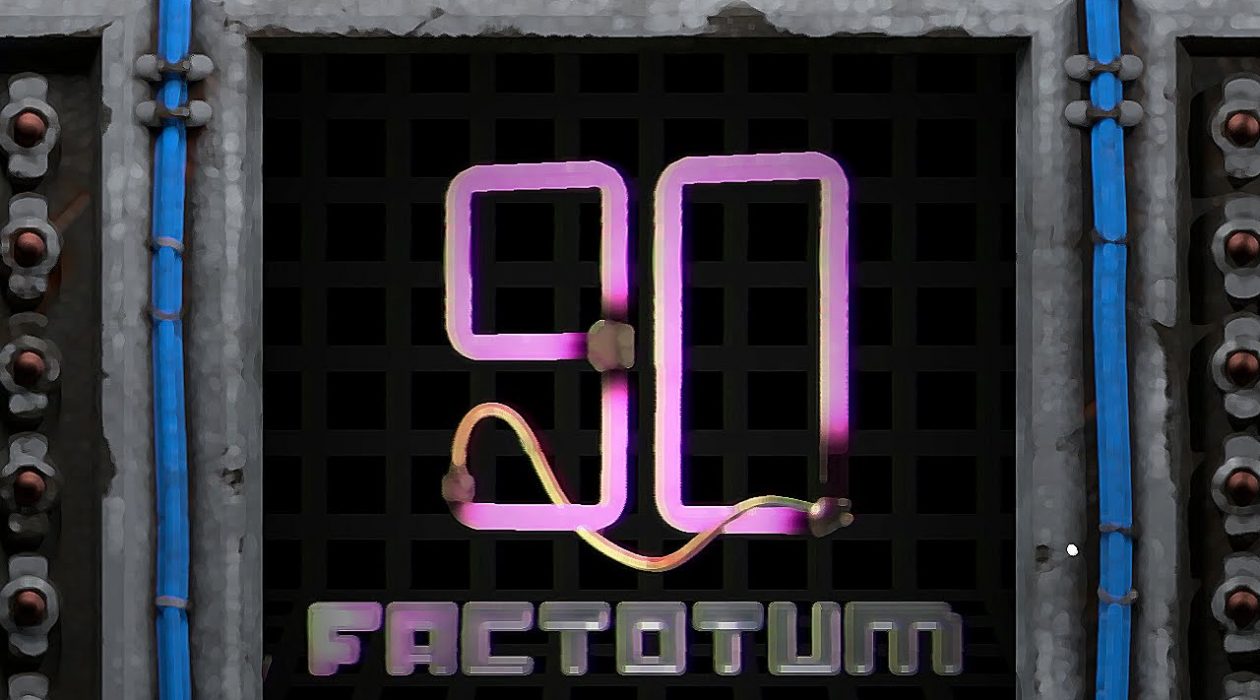 Factotum 90 is a game that was released in March for the Nintendo Switch (and various other systems before that). But what some of you might not remember is that this game was also previously released in 2015 for the Wii U, I was actually the one to review this interesting little gem back in the day. Factotum 90 is a remake of the original, adding new visuals and some updated gameplay mechanics. Most of the updates you’ll notice are aesthetic, but I can tell you from experience that they were very much needed. 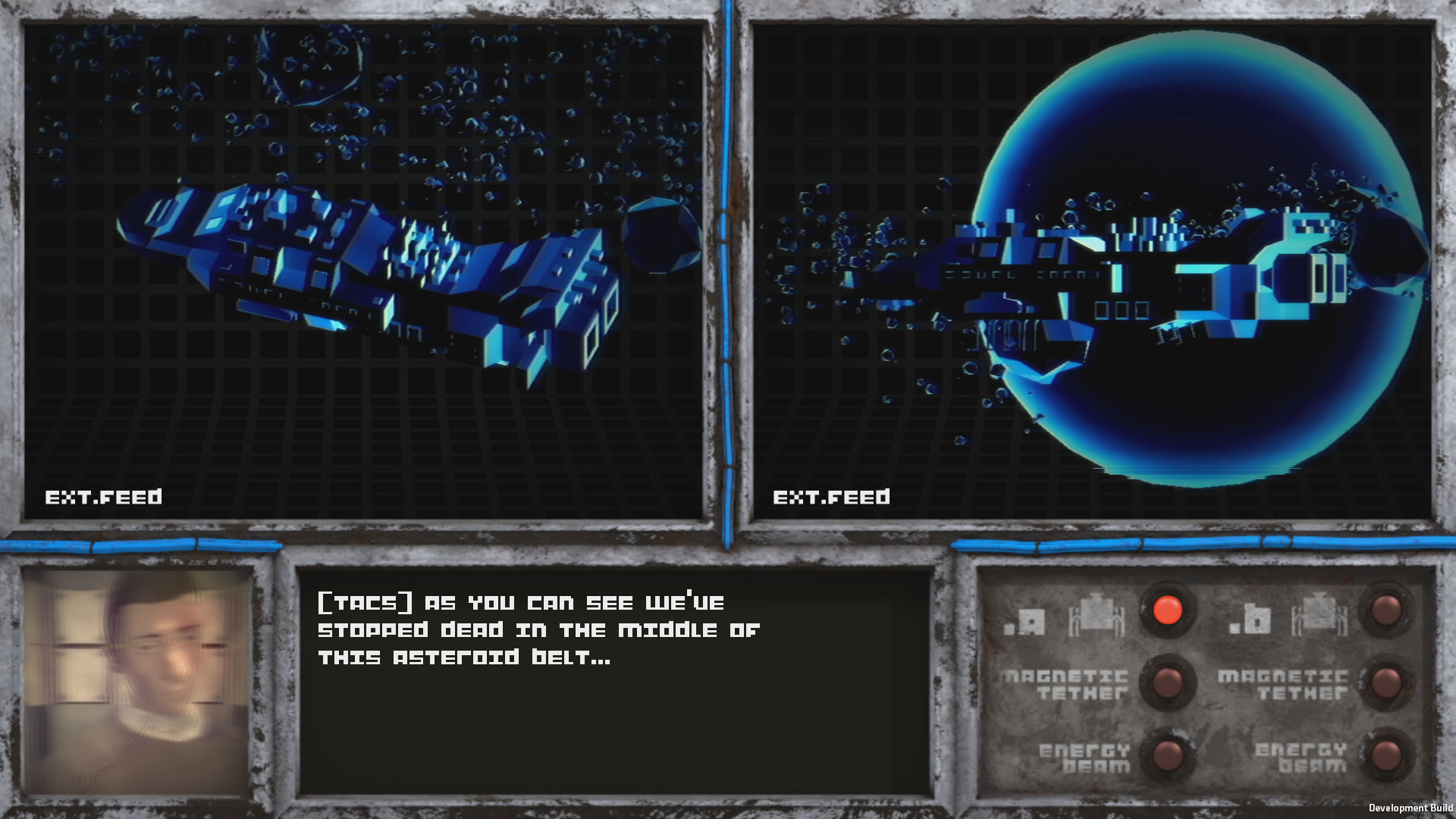 The basis of the game is that you’ve collided with something in space, and your ship needs repairs before you can continue your mission. Using two, nifty little robots you find in the control terminal, you are able to access the areas that need fixing, and get the heck out of there before….you run out of oxygen? food? Whatever an astronaut’s worst fear is. The story is a bit vague but there’s enough there to get you interested and let you know what the deal is. I’ll be going over some of the new things added to this version of the game, but if you want a full rundown on the story and details on how the game is played you can check out my original review here.

In the Wii U version of Factotum, the player didn’t have much to look at in the color department. I compared it to playing the Virtual Boy but everything was green instead of red. Well, this time around Factotum 90 is in full color, and while it’s not the most visually appealing game, the color helps with the overall experience in my opinion. It almost looks like a completely different game. Check out the screenshot comparison below and you’ll see what I mean. If these two weren’t so similar in gameplay I’d say Factotum 90 was the sequel to the Wii U release, but it’s not. 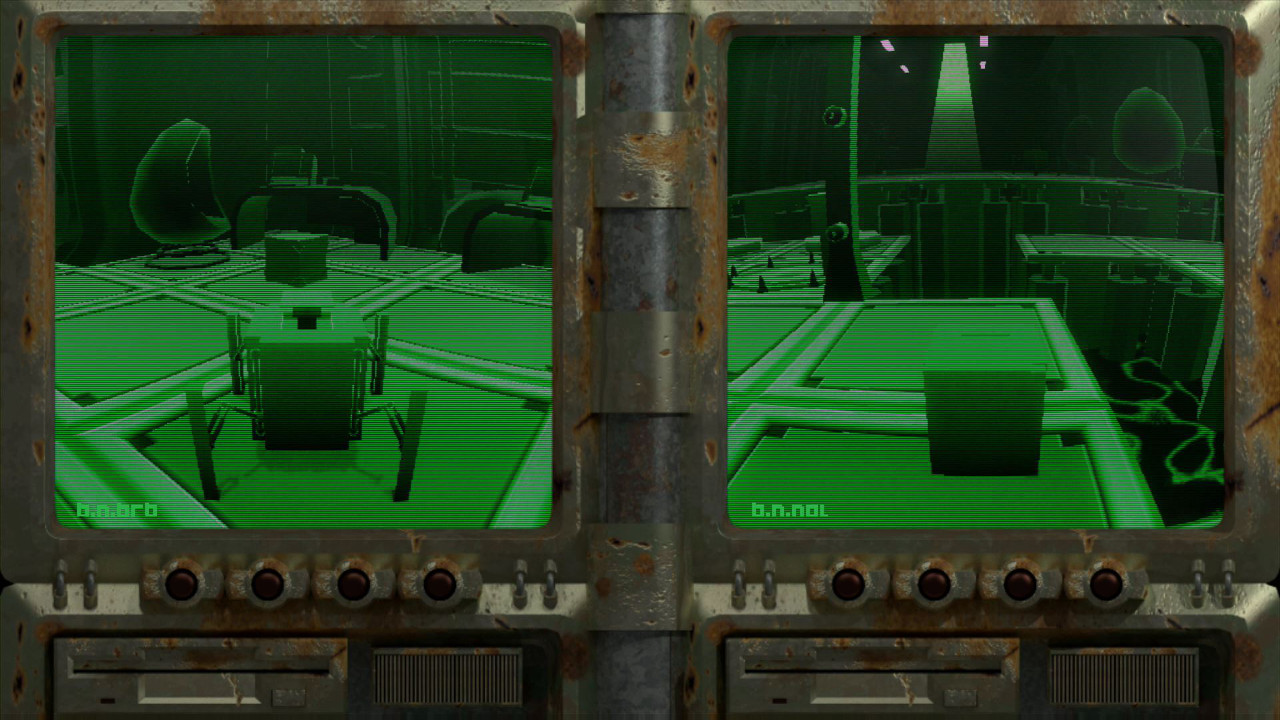 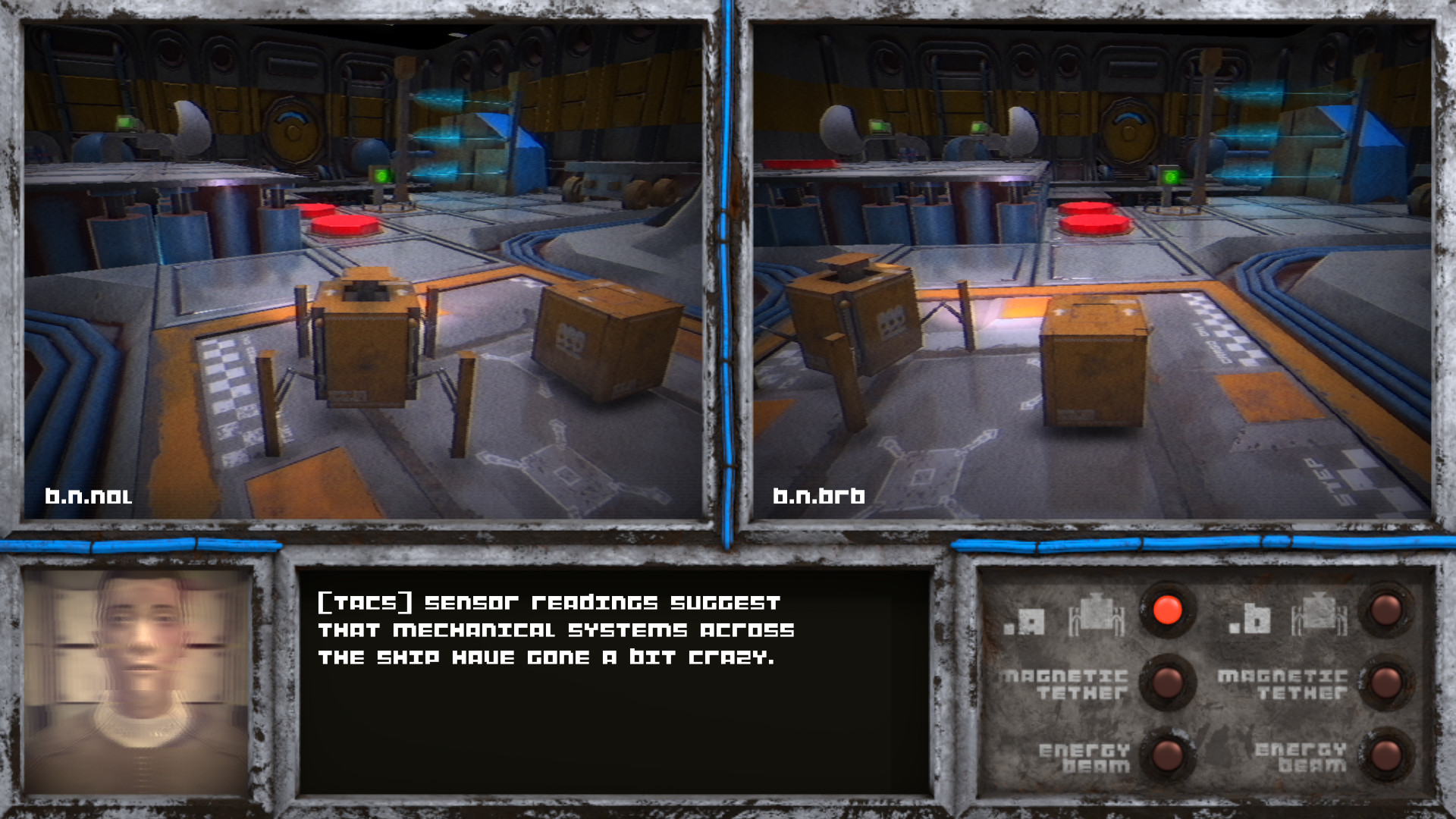 As you can see the screen is split. You can switch between each robot with the press of a button and guiding them around is a lot smoother then I remember. There are 30 levels in the game and each one is filled with moving platforms, buttons, and switches that usually have to be activated while controlling one robot, then switching to the other and entering the new area. Something else I noticed is the little guy down there in the left corner. He’s there to kind of guide and commentate on what’s going on. While his voice did appear in the Wii U version we never saw his face, so I guess it’s nice to see who’s speaking to you. I also think it adds to the neat interface, how it looks like you’re looking through some sort of old camera or device the whole time, it’s pretty neat. 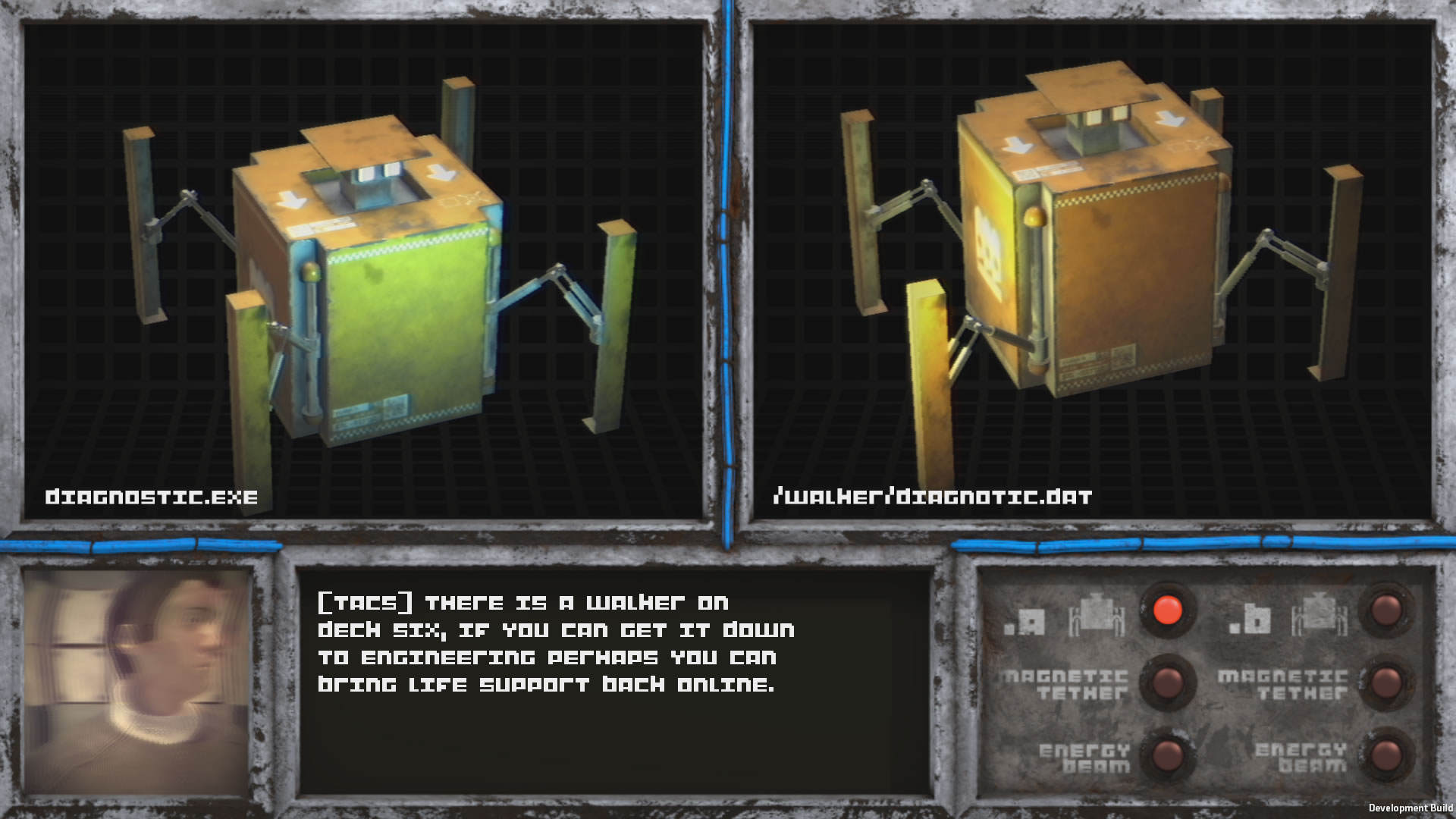 After playing this version of the game I feel like the old one was some sort of prototype or something. It was fun to go back and play Factotum again but (90!) with smoother controls and better graphics. However, there is one missed opportunity this time around. I wish there was a co-op mode. Where a player 2 could pick up the 2nd Joycon and help out with puzzles and such. To add some longevity they could even add it as DLC or something, just a suggestion. But that’s my only complaint. Factotum 90 has other things it could work on, maybe a little more polish, some hidden collectibles or incentives, but if you’re into puzzle-solving, robots, and outer space then you’ve found your dream indie game. Checkout Factotum 90 on the Nintendo Switch eShop for $7.99. 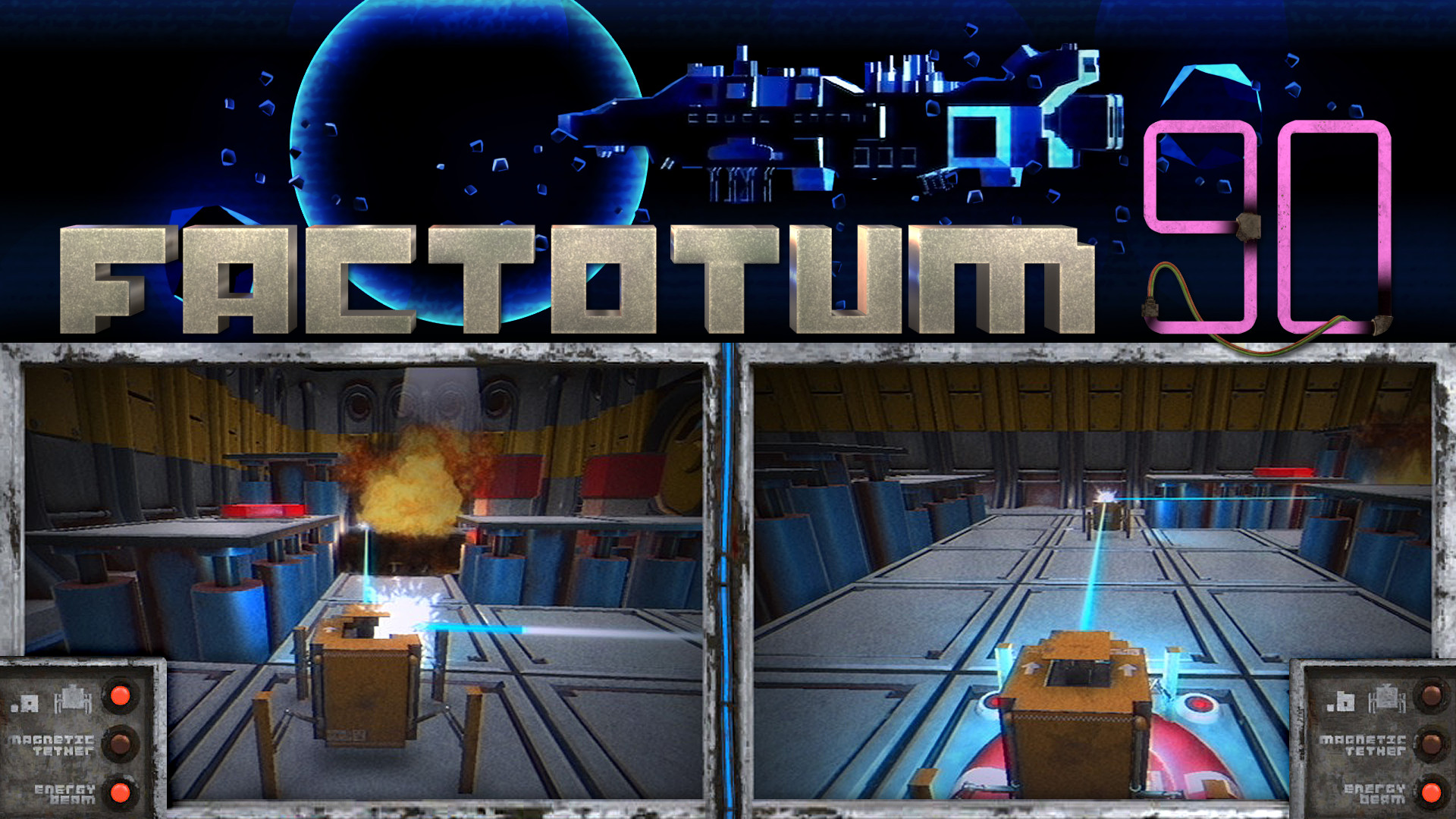 I enjoyed Factotum 90 much more than the original Factotum. Complete with updated graphics and smoother controls, I would say the Nintendo Switch game is the definitive version. I definitely recommend checking it out if you’re into puzzle-solving games.