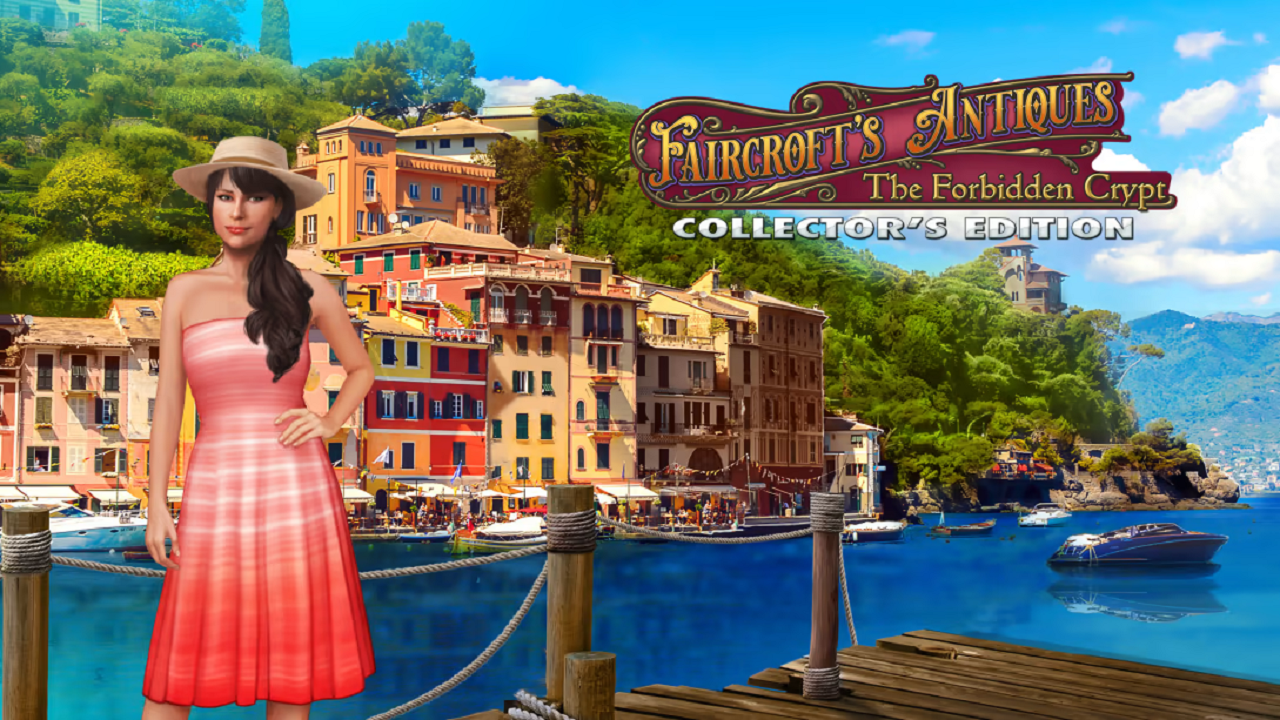 Mia Faircroft is back for another hidden-object adventure. This time, the globetrotting conservator finds herself in a little seaside village in Tuscany.

Accompanying Mia is her best friend Maria, one of the returning faces from earlier entries. Much of the storyline involves the pair’s friendship, as well as Maria’s crush on one of the locals, something Mia is quick to both encourage and tease. Because of this dynamic, I recommend playing one of the previous games first.

In between the lightheartedness, the mystery of the crypt looms. The plot isn’t as unique as earlier entries, but it’ll keep you going, even if some of the outcomes are predictable. Once again, Mia’s surrounded by the friendliest group of folks. What little grumpiness exists is only temporary. As Brad (another returning face) says: “Everybody’s just so nice!”

The upbeat characters have a bit more impact through subtle improvements in animation. No longer static stills, they now breathe. It’s a minor touch but a noticeable and effective enhancement.

Finding hidden objects is what you’d expect, especially if you’ve played one of the previous releases. While casual, there’s a bit of challenge here and there. Sometimes an item will be listed, but more than one such object is on the screen. Or, when finding them based on “riddles,” they might be vague, such as “Has a handle” Hidden areas might also have you looking beyond the norm. I stress using hints rarely since they highlight the items, making them impossible to miss. The puzzles now offer a progress bar, so you can see how close you are to completion.

After the secrets of the crypt wrap up, the final five chapters deal with Mia’s relationships with all the characters she’s met in the community. This title is comparable in length to others in the series. Its 20 chapters break down to average about half an hour each, making this a good-sized game but also an easy one to pick up, pass some time, and return to later.

The game is non-linear, as much as can be given its story. By the end, you’ll get sick of seeing familiar locations. Might I suggest offering different angles of the same areas for some beneficial variety? The gameplay’s diverse for this style of game, so I’d like to see the attractive visuals match.

Faircroft’s Antiques: The Forbidden Crypt Collector’s Edition delivers. This good-sized adventure (glitch-free) is an easy recommendation for those who enjoy games like this. And again, “Everybody’s just so nice!”

Faircroft’s Antiques: The Forbidden Crypt Collector’s Edition delivers. This good-sized adventure (glitch-free) is an easy recommendation for those who enjoy games like this. And again, “Everybody’s just so nice!”