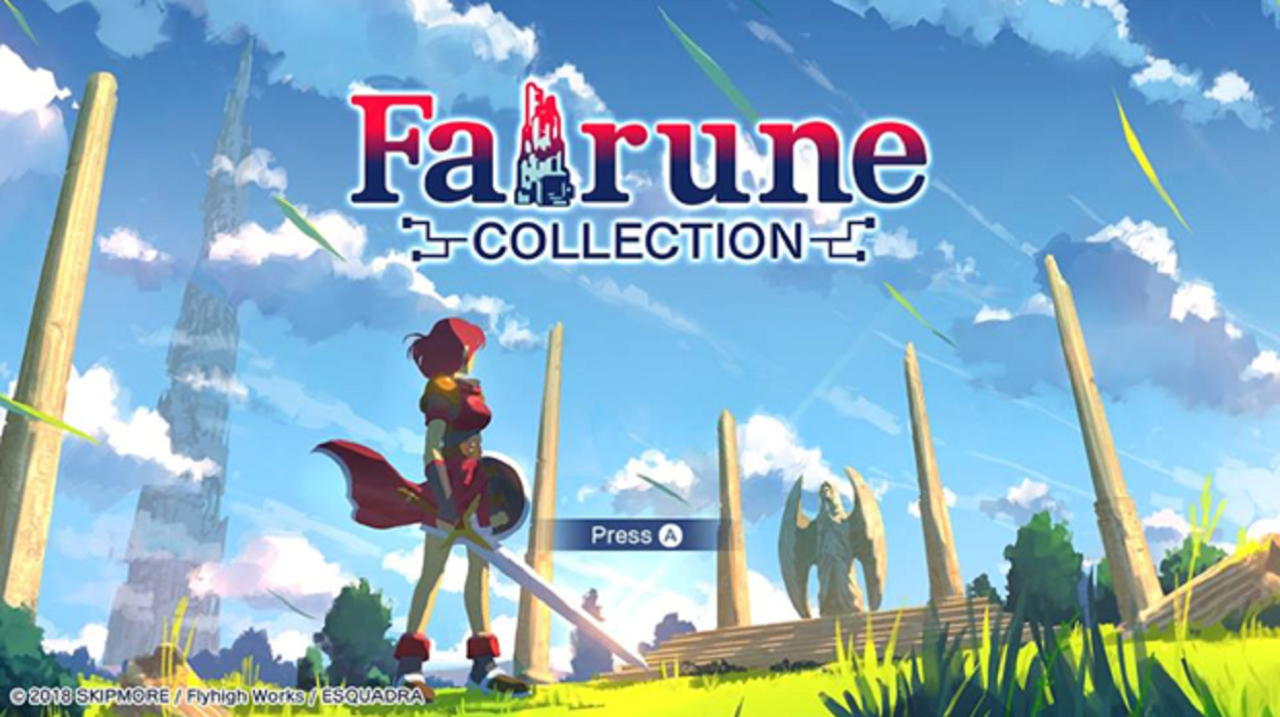 Aside from Blast, the other three games consist of the same concept. You play as the heroine trying to seal away the darkness in order to save everyone. As your character, you wander around various areas in Fairune, collecting items, defeating enemies, and solving puzzles in order to progress. 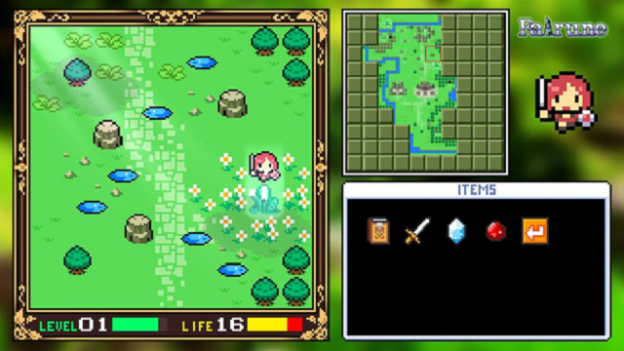 Fairune’s gameplay is pretty straightforward. On the screen, you have your character as well as your item box and the map. The map is revealed as you enter each new area. Still, it’s easy to get turned around and lost. There are many hidden pathways through trees and unseen caves you can enter. All of this is necessary in order to progress through the game as these areas usually have a certain item you’ll need. You need to be pretty observant or else you’re going to get frustrated. Despite the map and hidden areas, the gameplay is pretty linear. By the time you get to the next puzzle you usually already have the items you need in order to get through.

As far as controls go, there’s not much to it. You walk around using the analog stick and when you encounter an enemy, you just step over them. They get squished into the ground like a pancake. Depending on your level, they’ll give you the same amount of experience points as they take away your hit points. The higher the level you are, soon earlier enemies won’t hurt you at all, but you won’t gain any experience. It’s an interesting concept, but it doesn’t contain the battle mechanics a typical RPG would have. However, there is a final boss battle. Your sword upgrades and you have wings being able to move freely about the screen and mash the A button to shoot lasers out of your sword. It’s cool and fun but seems out of character with the rest of the game. 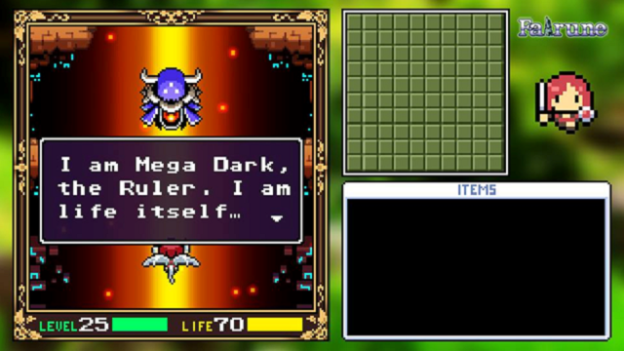 There’s a lot of backtracking in this game. Unlike the first, you encounter puzzles you can’t solve until later. You need to revisit those places when you have the items needed, but sometimes you don’t know what items you need. Sometimes you’ll forget that puzzle existed at all. There are three major areas, each with caves and underground parts. The map is huge and backtracking is more a pain than fun to explore further. 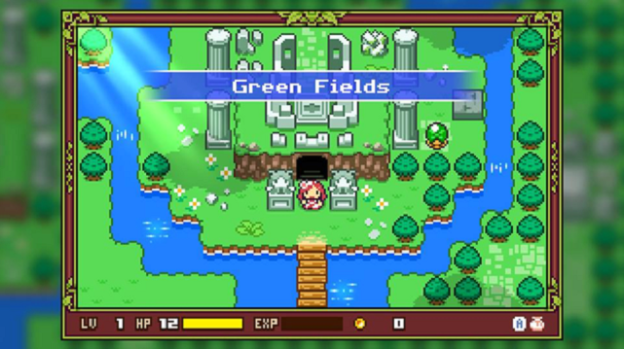 Fairune Origin is almost like a prequel. It’s a much simpler form of the previous two games and shows the original idea the developers had for the game before Fairune and Fairune 2 were born. The controls are the same and the puzzles and items are similar. It’s quick and easy, especially after playing the first two games, you know all the games’ tricks and are able to breeze right through it. 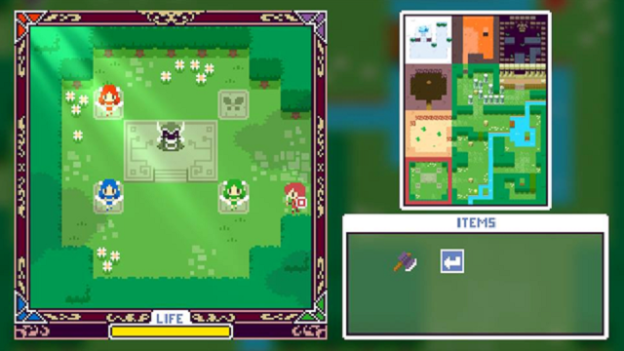 For these three games, the music is calming and the sound effects are satisfying – from putting the orbs into their rightful spots on a statue to stomping the enemies into the ground. It is well done. The graphics are slightly different from game to game. They’re pixelated and it looks nice. Knowing two of the games were previously released on the Nintendo 3DS, the graphics suit this collection and carry over well to the latest Nintendo console.

Fairune Blast is a completely different game from the other three. It’s a spin-off based on the boss battles in Fairune and Fairune 2. As the heroine, you fly through the air shooting lasers out of your sword at incoming enemies from the other three games. Once you get to a certain point, a boss will appear and you’ll have to blast him away as well.

Destroying enemies will allow them to drop bonus points and fairies will appear once in a while with a power-up for your sword allowing your lasers to be over-powered. Then again, one hit from an enemy and you lose every single power-up. It’s fast-paced and something different to play after all that puzzle solving from the previous games. 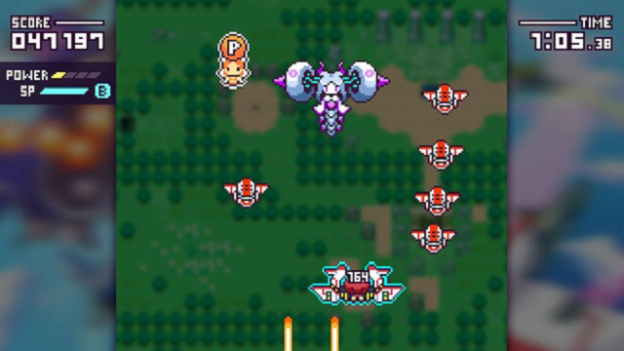 Fairune Collection is certainly a different kind of RPG. They’re quick and fairly easy games, Fairune 2 being the longest and most in-depth. Fairune is a nice introduction to the games and Fairune Origin is a breeze. Fairune Blast is fun as well, though there’s not much else to it.

For a puzzle RPG series, Fairune Collection is pretty casual. You’re able to save at any time and pick up where you left off so you can take your time with it. If you’re a fan of puzzle-solving and some interesting RPG mechanics, give Fairune Collection a try.

Fairune Collection is casual puzzle-solving fun. It’s a good game to pick up and go on the Nintendo Switch.