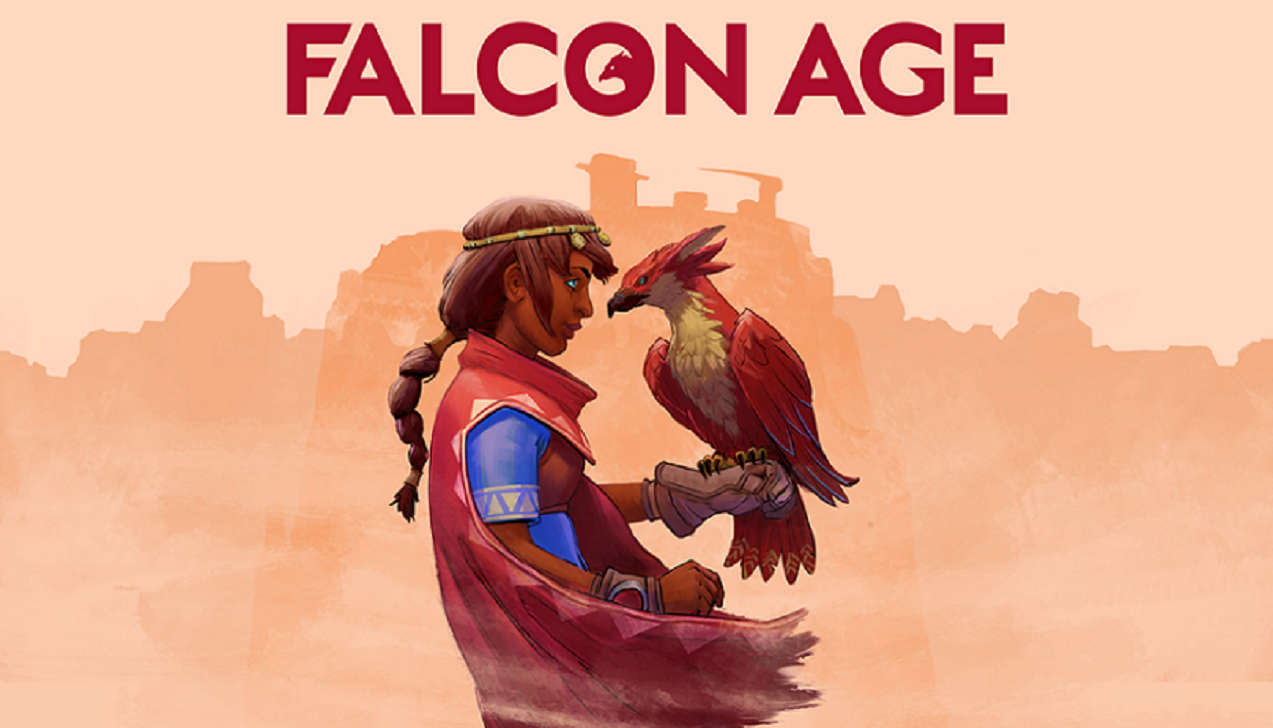 “Don’t forget the wild spirit in your falcon,” said Auntie. Too late, she already knows how to dab and fist bump. The beginning of this adventure starts with Ara, the main character of Falcon Age, in prison run by one of the robot colonizers. I was hooked at the start and was looking forward to what the game had to offer. To raise a baby falcon into an adult and to become great partners as we survive after escaping the prison.

I was surprised by the cut to a later time, seeing my puffy baby falcon already a grown adult. It felt like a missed opportunity to have the player grow attached to the falcon, hunting with them to help them grow, kind of like Pokémon. Or to have more in-depth training sessions like Nintendogs. But your bond with the falcon isn’t the main story, or at least not as much as I thought it would be.

I did like the accessories and tools you can equip on your falcon to add a personal touch. I liked the bells you can have on her foot so I can hear how far away she is or how soon she’s close enough to land on my hand if I can’t see her. It was nice gathering food to feed to your falcon (to raise her stats and health) and helped me grow more attached to her.

You explore the land and meet other natives of the area that are part of the resistance with Auntie, joining forces against the futuristic ORC (Outer Ring Corporation), trying to colonize the planet. There are robots who you can beat up with the help of your falcon and stun baton. There are bases you raid and destroy so your people can build gardens and take back the land. But if the combat is too intense or annoying, you can play a combat disabled version. Falcon raising is a tradition in your culture, and using it to take down the ORC shows that your people aren’t out of date or unnecessary to the world.

The graphics are stylized interestingly, looking almost clay textured. The gameplay works well, but the lack of a run button makes walking around the world feel like a chore. Your falcon has a good enough AI, but I wish it were a little smarter the more you have it do things. If there was an AI like that, I didn’t notice. The enemies and wild animals can be a challenge to take down, and the Sand Wolves especially caused many jump-scares. The sound effects and music are decent enough, and I liked the snippets of voice acting. Get used to Auntie calling you ‘girl’ rather than by your name.

Falcon Age is a quaint tale of tradition being overtaken by progress with a bittersweet ending. It’s $19.99, which isn’t that bad of a price, yet the game feels slightly short with its cliffhanger ending. I beat it in around five hours, but I think it could be beaten in about three hours if there was a run button. If it sounds like a game you’d enjoy, maybe wait for it to go on sale. However, it does have an important message and story to tell.

Falcon Age is a quaint tale of tradition being overtaken by progress with a bittersweet ending. It’s $19.99, which isn’t that bad of a price, yet the game feels slightly short with its cliffhanger ending.