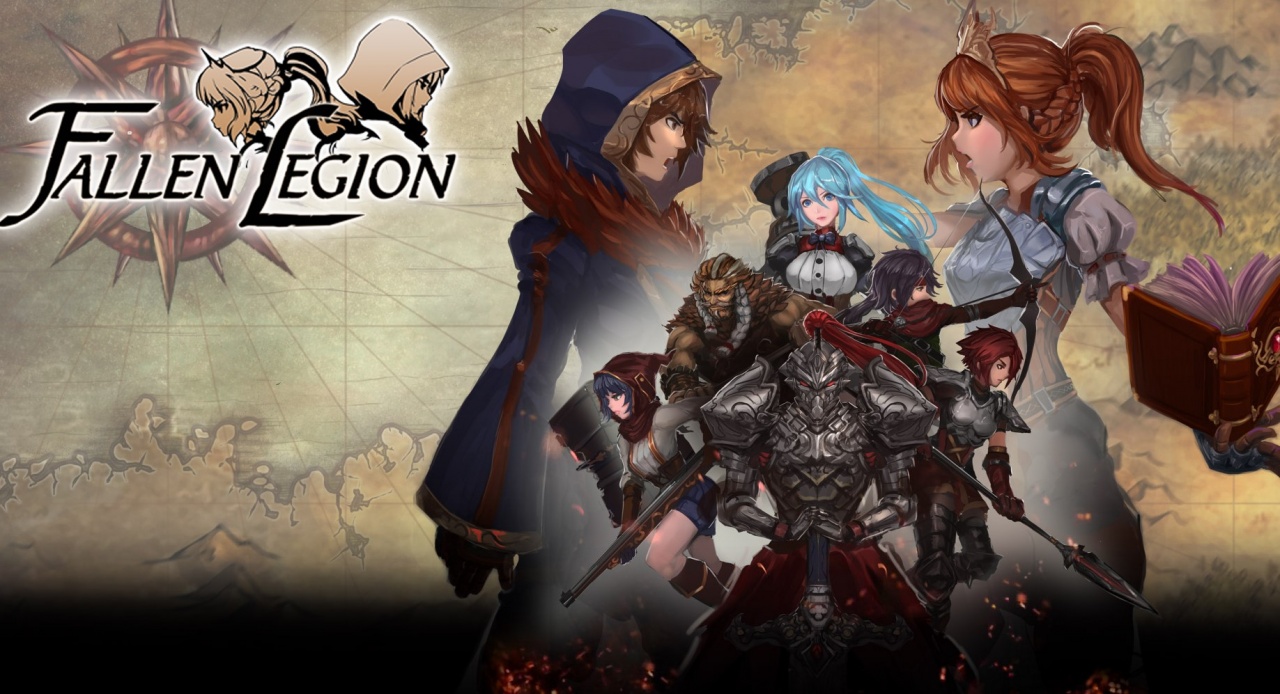 It’s not often Nintendo devices get better game packages than those of their competitors, but that’s exactly what’s happened with Fallen Legion: Rise to Glory. Bringing together the Fallen Legion titles Sins of an Empire (PS4) and Flames of Rebellion (PS4 and PS Vita) and adding new routes and playable characters, Rise to Glory provides a comprehensive edition on the Switch. Unfortunately, that doesn’t mean it’s worth buying.

There’s a lot to like about Fallen Legion: Rise to Glory, but it’s not easy to get there. The firest reason for this centers around the game’s combat system. I’m old enough to recall a time when games came with instruction manuals; you had to study before you played. Those days are gone, thankfully, largely replaced by combat that eases you into its nuances and provides on-screen tutorials. Fallen Legion offers little of this. The game quickly explains why there are buttons above each character’s head and goes on to tell you what the shoulder buttons are for, but that’s it. With such a unique combat system, there should be more here to help you learn how to use it to your advantage. 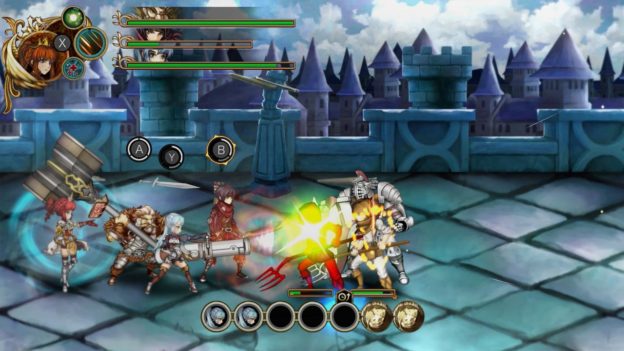 Basically, you control either Princess Cecille or Legatus Laendur, generals looking to claim the throne of Fenumia. After some quick battles, it’s explained that you have control of Exemplars, which are ghost warriors. Having different strengths and weaknesses, you initiate their actions using the Y, B and A buttons in an attempt to chain attacks for more damage. Chains are broken by enemy attacks, which you can block with a well-timed use of the L button. In addition, you can use the X button to provide attacks and support from your general, even bringing fallen Exemplars back to “life.” This all happens in real time, providing quick, frequently intense battles.

The problem with this is that there’s nothing in the game to tell you if you’re doing it correctly. Randomly tapping buttons works for a while, but if you haven’t optimized your party’s combat by the time you reach the first boss, you’re in for a lot of frustration and confusion. 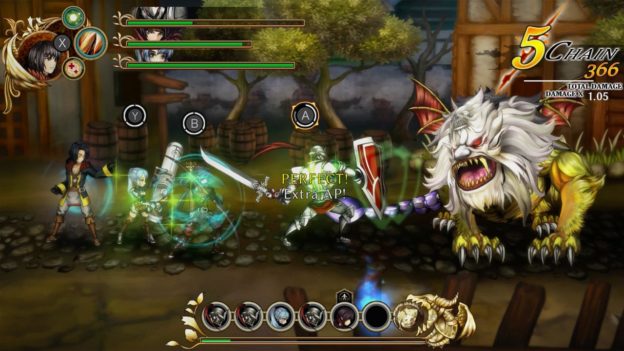 Once you have mastered the combat system (and you’ll have to in order to get anywhere) you’ll hopefully enjoy it enough to keep going; the game doesn’t provide much incentive otherwise. Combat gets tougher, of course, and the bosses are pretty cool, but it’s largely the same progression throughout. You’re not button-mashing your way through Fallen Legion, but it sure does feel like it.

The battles are broken up by moments in which you need to quickly answer a question about how to handle political situations. You’ll get three options, and your answer serves two purposes: it gives you a combat bonus and it affects the morale of your people. Because the combat bonuses are apparent before you pick, I always based my selection on what provided immediate help to my combat group. 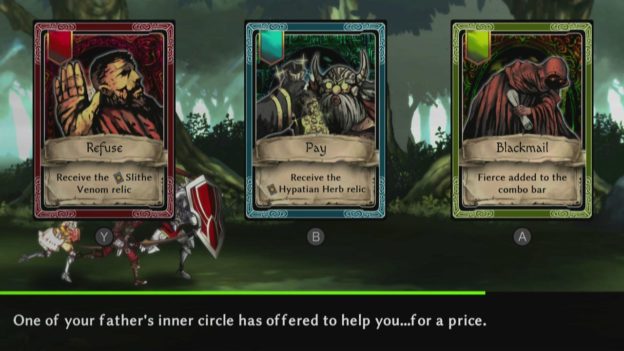 Doing so seemed to balance out the ongoing ramifications. I would have perhaps occasionally picked differently if I bothered to remember what was going on in the background story.

That’s another problem with Fallen Legion: Rise to Glory. Either because of how it’s presented or because the game focuses so heavily on the combat, the story is easy to ignore. The characters are well-designed and I enjoyed adding new Exemplars to my group, but I never really cared about why we were doing all of this. That’s a shame, as the dark tone and moral ambiguity of the plot (as guided by a talking book!) could have provided an intriguing tale.

Finally, although Fallen Legion: Rise to Glory looks great and plays well in docked mode, it feels more like a portable game. It’s therefore somewhat unfortunate that the screen text and combat controls are so small and hard to read when gaming on the go. 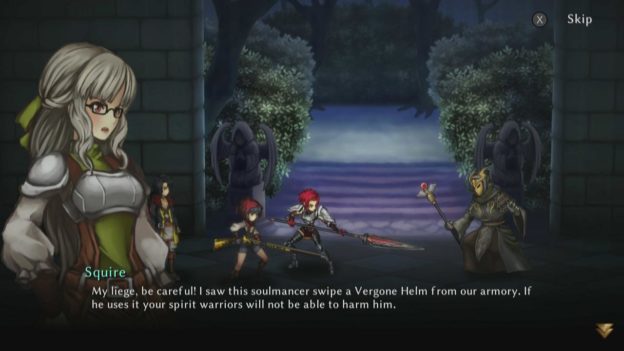 The unique action and dark story of Fallen Legion: Rise to Glory never quite come together in a way that justifies the game’s $40.00 asking price. You can overcome the initial frustration with the inadequately explained combat controls, but getting past the game’s repetitive nature will be a much tougher task.