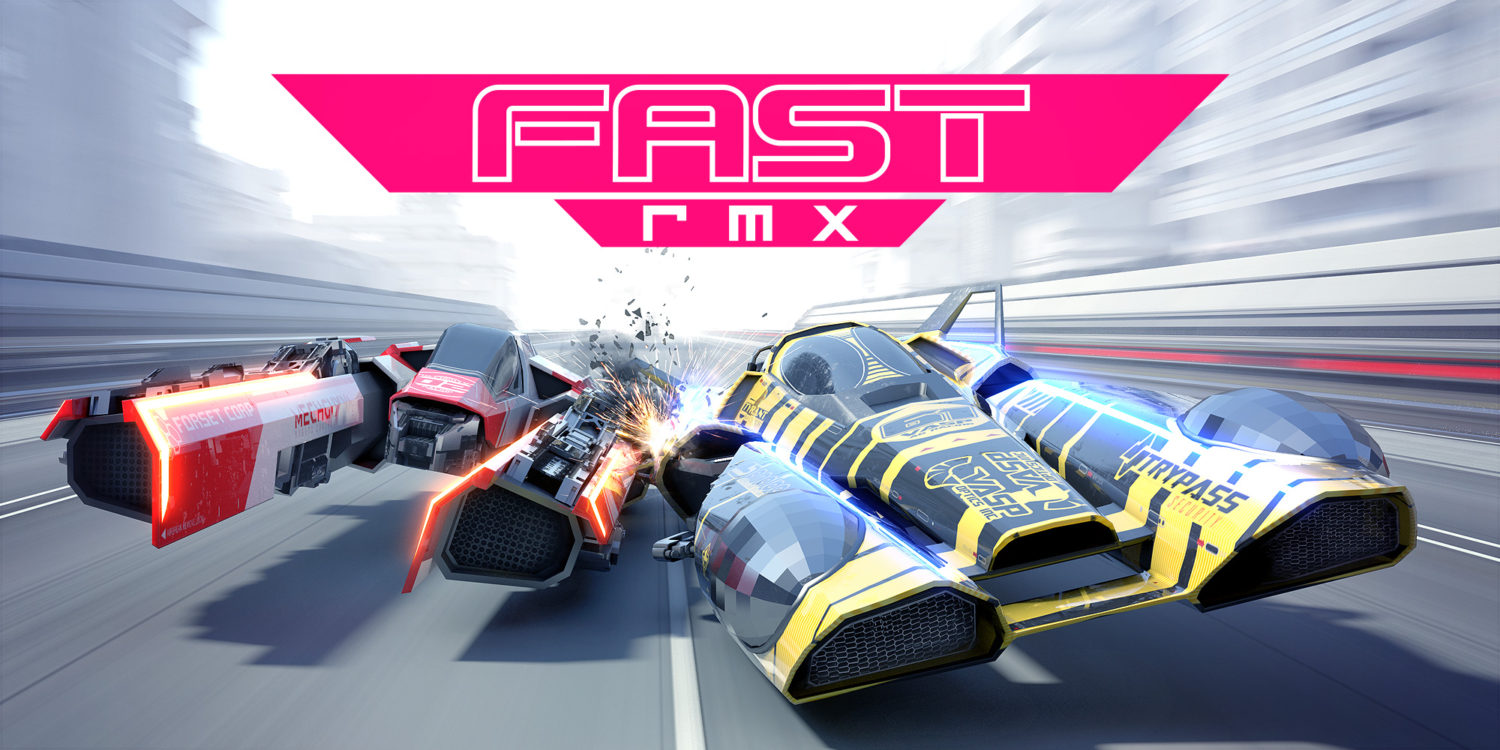 As the first racing game for the Nintendo Switch, Fast RMX brings with it some high expectations. The name itself conjures a feeling of speed – or is it merely false hope? Thankfully it’s the former, as Fast RMX is a lightning-fast racing title, with a futuristic, sci-fi spin on the genre that’s easily reminiscent of F-Zero.

With locations that vary greatly in their design, from jungles to cities, plus responsive controls and turbo boosts, there’s a lot to enjoy in Fast RMX. Most noticeably are the visuals, which are simply stunning – this is one of the best-looking games on the Switch so far. The crisp and detailed level design is breathtaking, with tracks set across the universe. A standout is Tepaneca Vale, a rainy track set at night, that’s beautiful to look at yet challenging to play with its darkly lit twists and turns. 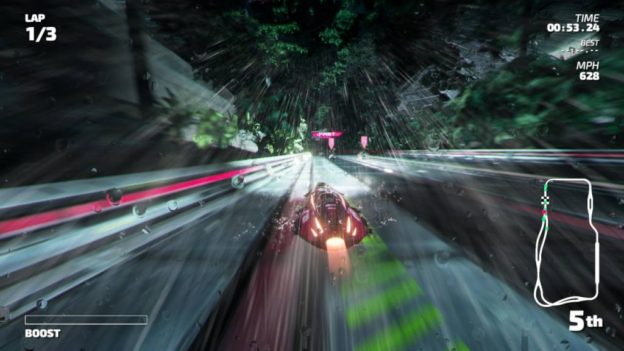 Tepaneca Vale in all its rain-soaked glory

The tracks are all named interestingly too. It seems like an odd compliment, but I feel like someone thought hard about how futuristic race tracks might be marketed, making them sound like they belong in a fancy catalogue of some sort, with a spacey, Japanese flair.

Each race consists of three laps, and you’ll have to place in the top three overall to move to the next cup. There’s plenty of content here too. Cups are divided into three tracks each, making on-the-go gaming easy. There are 10 cups overall, providing a total of 30 tracks to play. Multiplayer mode is available in local and online, though the online options are fairly limited (though friend support has come with an update just recently). 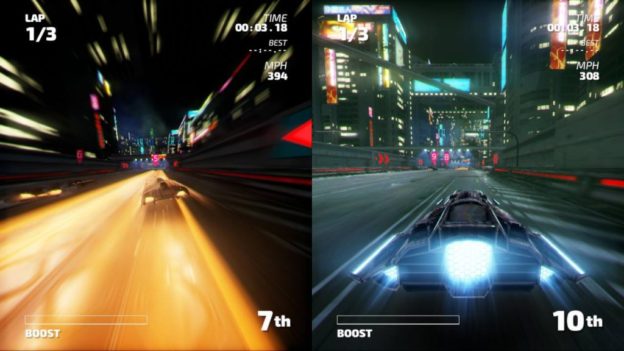 Split-screen mode – no loss of speed though!

One thing to note here is that this game is mostly a remixed (RMX – get it?) version of Fast Racing Neo for the Wii U. Fast RMX includes all content from the original, including DLC, plus new vehicles and tracks.

One aspect that sets Fast RMX apart from other racing titles is the inclusion of boost pads. Your vehicle can change shield colors at any time with the push of a button, swapping between orange and blue. If your shield matches the color of the boost pad as you’re driving over it, you’ll receive a massive boost in speed. The reverse is true if your colors don’t match, with a sluggish response from your vehicle. This adds an extra element to an already speedy game, since you’ll have to concentrate not only on taking tight turns but also checking your shield color. It’s an exhilarating ride to say the least and adds an unusual depth to the racing genre.

Boost orbs are also littered around each track, providing a turbo boost that you can release when you need that extra push – like as you close in on the finishing line, or in order to make some of those extra long jumps. 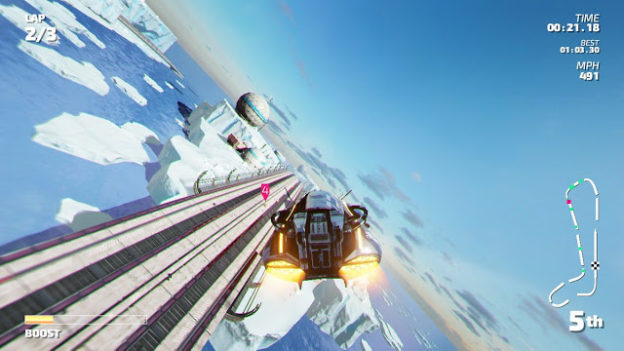 There are some super-long jumps – landing is an art form in itself!

The controls are generally good, though with such high speeds naturally comes a higher rate of crashing. This is more to do with level design than controls, with some levels more fun to play than others. There are a couple that throw some pretty steep learning curves at you, with crazily long or difficult jumps, for example, It borders on frustrating in the harder modes, but most of the time, tracks are fun to play.

A few options are missing from Fast RMX, since there were no time trial or practice modes initially (thankfully a recent free update has added time trials). You also won’t be able to check your rearview mirror while racing, and small map in the lower right corner is almost useless – mostly because you won’t have time to take your eyes off the road given the speed of the action in front of you.

The audio is pretty decent, with a techno soundtrack that certainly suits the mood of a futuristic hyper-speed racing game. It definitely keeps your adrenaline pumping as you rapidly move through each circuit.

Overall, this is a great racing game and a pleasing entry in the Switch’s line-up. In particular, the graphics are superb – it’s a treat to just watch, let alone play. The action is fast and frantic and is highly recommended for fans of the genre.

A graphically stunning racing game that brings amazing levels of speed to the Switch, filling that F-Zero-sized void we sometimes feel. This is a great multiplayer title that racing fans will love.