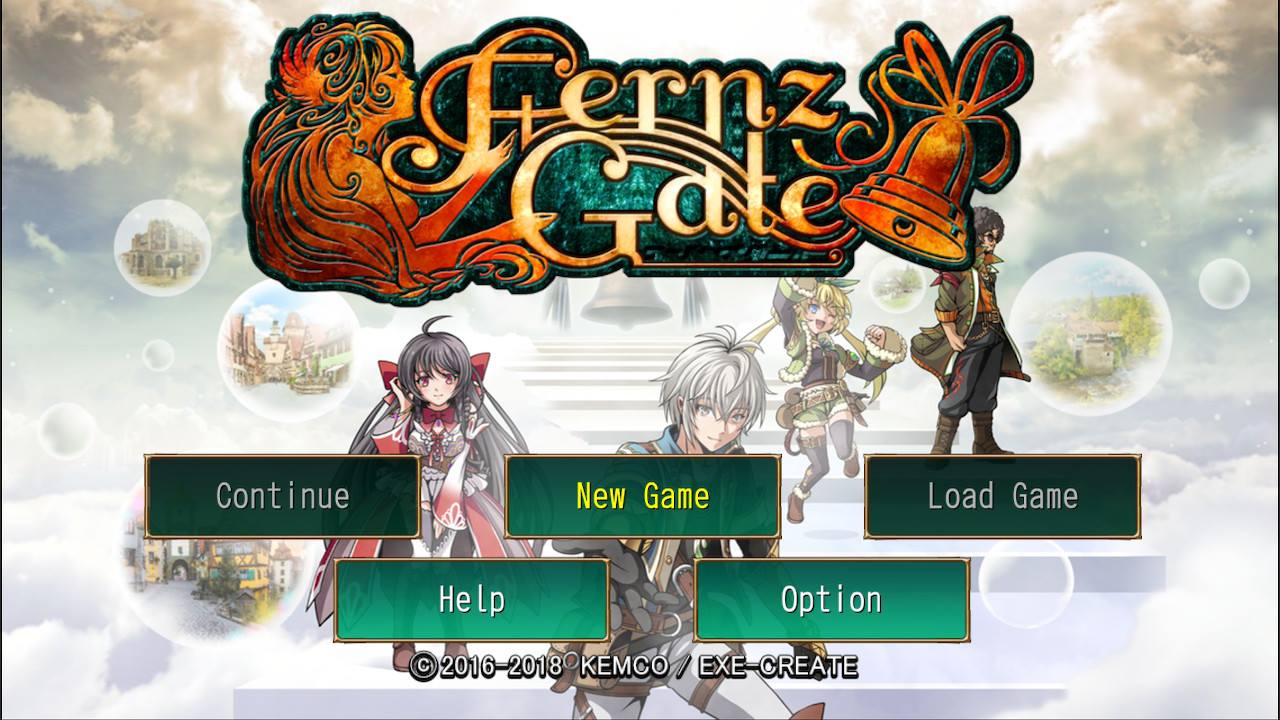 Fernz Gate is the latest RPG adventure game from KEMCO for the Nintendo Switch. You play mainly as Alex, an ordinary high school boy who finds himself in Fernland, a strange world unlike his home. He’s not sure how he got there and he’s not quite sure how to get back. However, he’s not the only one who has come to Fernland unexpectedly. With the help of some new friends, they band together to battle the evil and conflict that’s plaguing Fernland. 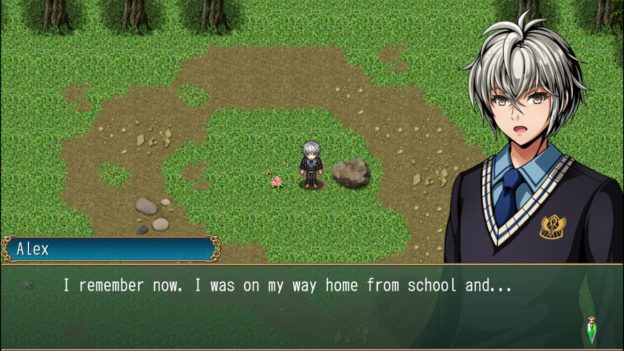 The game begins showing off some backstory only to bring you to Alex, who is just waking up in the middle of the woods in Fernland. Toril finds Alex in the woods and serves as Alex’s mentor. She’s been in Fernland for a while and knows how to defend herself and fight for others and the land. As you attempt to get back to the village you run into a few monsters here and there. These battles act as a tutorial to teach you the ins and outs of the battle mechanics of the games.

The beginning of Fernz Gate can be a bit slow. There are so many skills and mechanics to learn, a lot of characters are introduced, and there’s a good amount of dialogue scenes. However, it never felt like an info-dump and learning about the characters and Fernland was mixed in well. 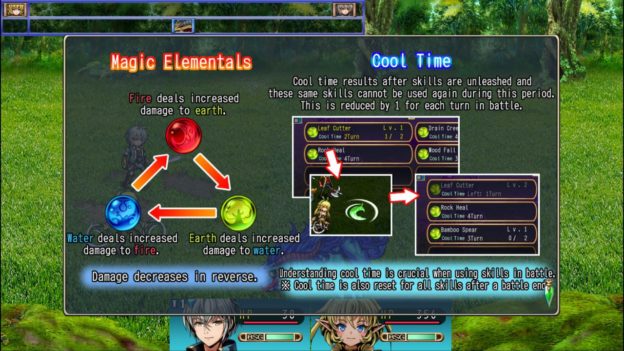 Fernz Gate is your typical RPG with well-known mechanics, such as the turn-based battle style and elemental magic. There are some cool new features added to this game, such as main and subs in battles as well as Buddies. Each character can be paired up with someone else and they can work together in battle. They share HP and can both attack on the same turn, or the main character can attack and the sub can boost this  attack. The sub is the only one who can use items during battle as well. The Buddies are animals or creatures that can be paired up with a character in battle as well. They have their own skills but always act as a sub. 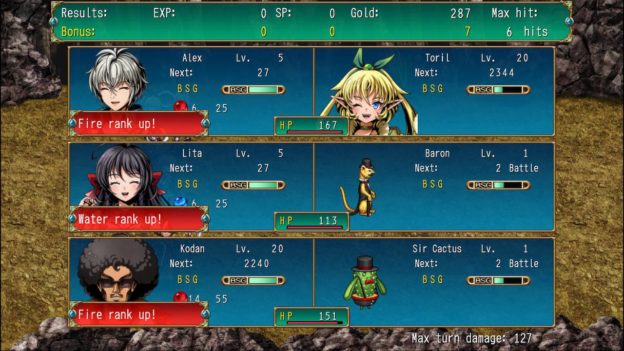 Aside from battling, the gameplay consists of exploring the world of Fernland. You can do various tasks for NPCs, learn interesting tidbits from them, buy items such as weapons, armor, and healing items, as well as go on quests to further the plot of the game. There are various villages and routes to take to get from one place to another. Once you enter a new area, you can choose where to enter, depending if there are multiple entrances or if you’ve been there before.

While you can save at any time during your gameplay, certain places have a save point. This acts as a teleporter to bring you back to the main entrance if you need a quick exit. This also allows you to change how often you want monsters to appear for battle. You can set the battle spawn rate to be double, normal, just a little, or none at all. This is a great mechanic to have if you need to grind. Plus, your party is automatically healed after every battle so there’s no real consequence to having so many battles at once. 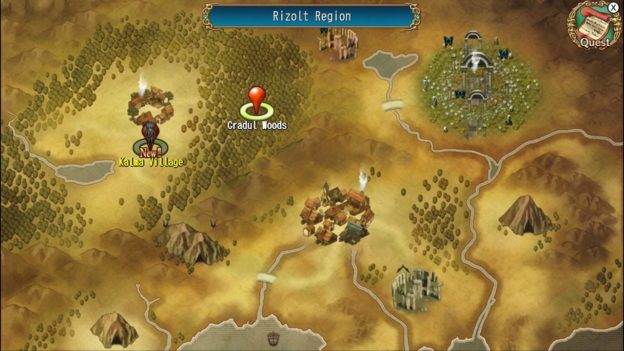 The graphics of Fernz Gate are charming. The characters each have a unique design as do the various settings and backgrounds. The map, at first glance, looks minimal but more areas pop up over time. The animations for the battles are simple as well but they work. I especially enjoy the drawings of certain characters during the dialogue cut scenes.

The music and sound effects for the game are great as well. The music for down time, battles, and general exploring always match the tone and overall atmosphere of what’s currently going on in the game.

Fernz Gate is a fun RPG. While there’s a lot to learn with the mechanics, I think this is a game anyone can pick, play, and enjoy.

Overall, Fernz Gate is a wonderful RPG. It has a great cast of characters, fun gameplay mechanics, and an in-depth plot to fulfill. There’s a lot of replay value with this one.