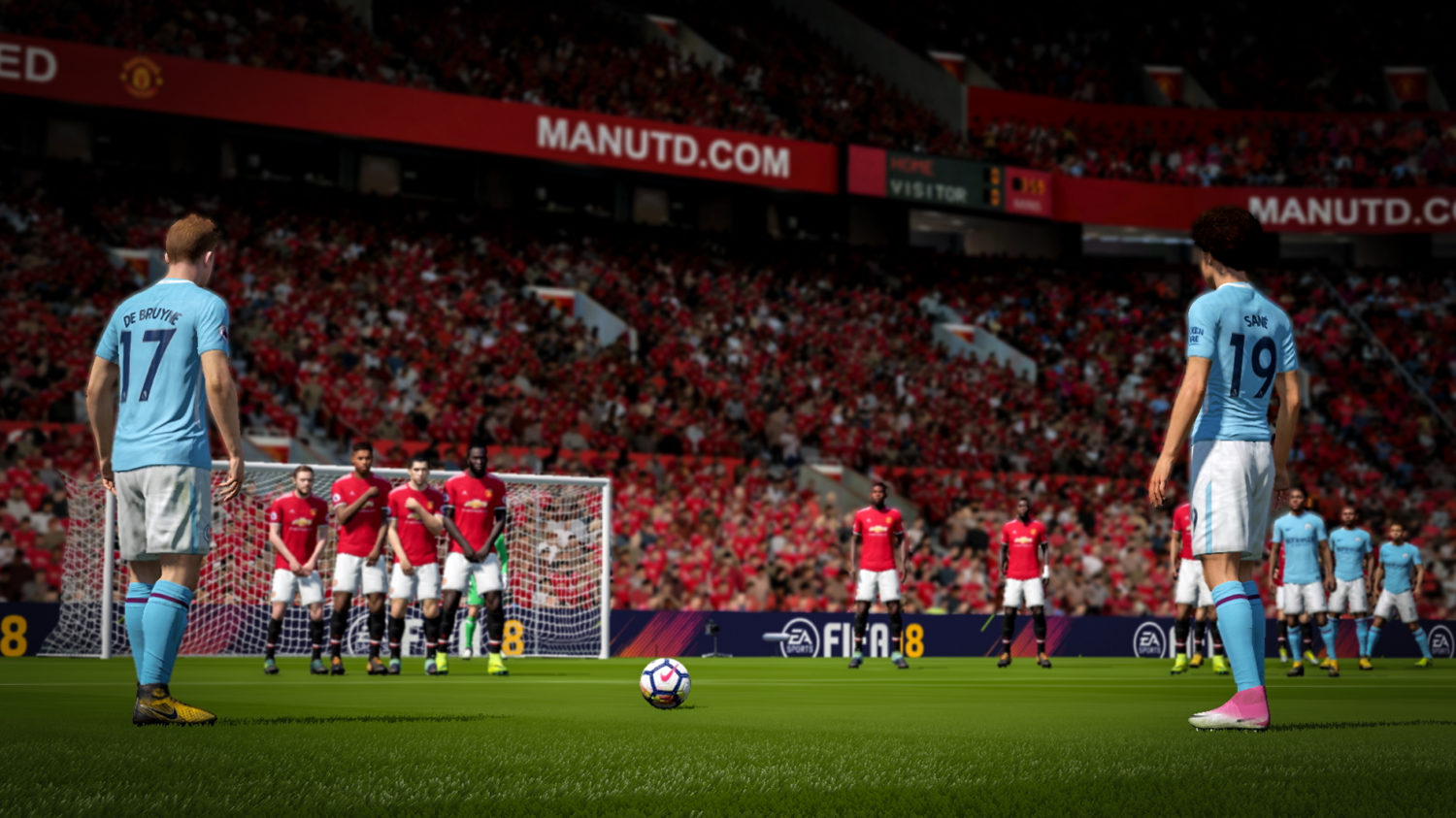 The worldwide football hit FIFA is finally back on a Nintendo home console after many years with Fifa 2018.  I couldn’t be more excited to play one of my favorite sports. According to Electronic Arts, FIFA 18 on the Switch was built from the ground-up specifically for the Nintendo Switch. The game offers a lot of great gameplay mechanics and modes but falls short in many areas.

After playing a few introduction matches with Team USA (Side Note 1: This was before Team USA’ huge disappointment of missing out on the World Cup), I decided to dive right in with the newly revamped “Manager Mode”. Manager Mode allows you to take control of every aspect of a Soccer Club: training schedule, scouting, financials, selling players, youth development, and so much more. I started Manager Mode by taking over the newest and greatest MLS team, Atlanta United (Side Note 2: I grew up around Atlanta and love most Atlanta teams).

Back in the day I used to play a lot of FIFA but the time between “back in the day” and now has been so vast that I could consider myself a novice, again. Manager Mode offered so much depth and opportunity that I was left thinking, “I just want to play a game.” It didn’t take too much time to figure out the ins-and-outs and realize how serious soccer fans can enjoy the in-depth opportunity to take control of their favorite club.

The generic, and possibly stale, feel for FIFA 18 isn’t a fault against the game but the result of some subtle gameplay changes. One thing EA introduced in FIFA 18 is the difference between acceleration and top speed. Players now have two states that cover one’s speed: acceleration and top speed. This slight difference allows for a smooth transition between jogging at a full sprint – it’s such a smooth transition that I didn’t notice it at first. The second major change has to do with tackling. For FIFA fans, tackling is a huge part of the game. Before tackling really only consisted of mostly sliding. Now, that option is still available, but standing tackle is more of the expert route. This standing tackle ability can come down to player on player strength. The strong play has the better chance at breaking the tackle or making the tackle and steal.

I really wish I had the opportunity to play another version of FIFA 18 so I could tell the differences definitively; but FIFA 18 on the Switch does feel like a watered down version of the others. EA wanted to make clear that FIFA 18 on the Switch wasn’t a “port” but something built from the ground-up. I honestly have trouble believing that statement. Outside of the clear simplification of the visuals, there’s a lot of rough and seemingly unfinished edges with this FIFA version. Now, like I stated earlier, I used to play a lot of FIFA and Madden. I’m fully aware that these EA sports games do fall short of what some would call “polished.” But FIFA 18 on the Switch seems to be a little rougher around the edges.

Probably the biggest disappointments and head-scratching decisions is the online mode for FIFA 18. For the most part the Switch version offers most of the online features of the others but with one glaring difference – one cannot start an online match with people on their friends list. The only way for me to play with anyone I know would be through a random online selection. There’s not much more to say about this besides the question of ‘Why?’. Some point the finger at Nintendo and the others at EA, but with other third-party games supporting that feature, you’d have to think this is on EA (hopefully it can be added in a future update).

With all the faults to the side I couldn’t put down FIFA 18 on the Switch. There’s a lot of in-game mechanic changes and new game modes that make this version of FIFA really deep and compelling. It’s far from a perfect experience, but for someone that loves Soccer and is happy to see a good Soccer experience back on a Nintendo home console, FIFA 18 has left me satisfied.

Even with some flaws FIFA 18 on the Switch is a fun experience.