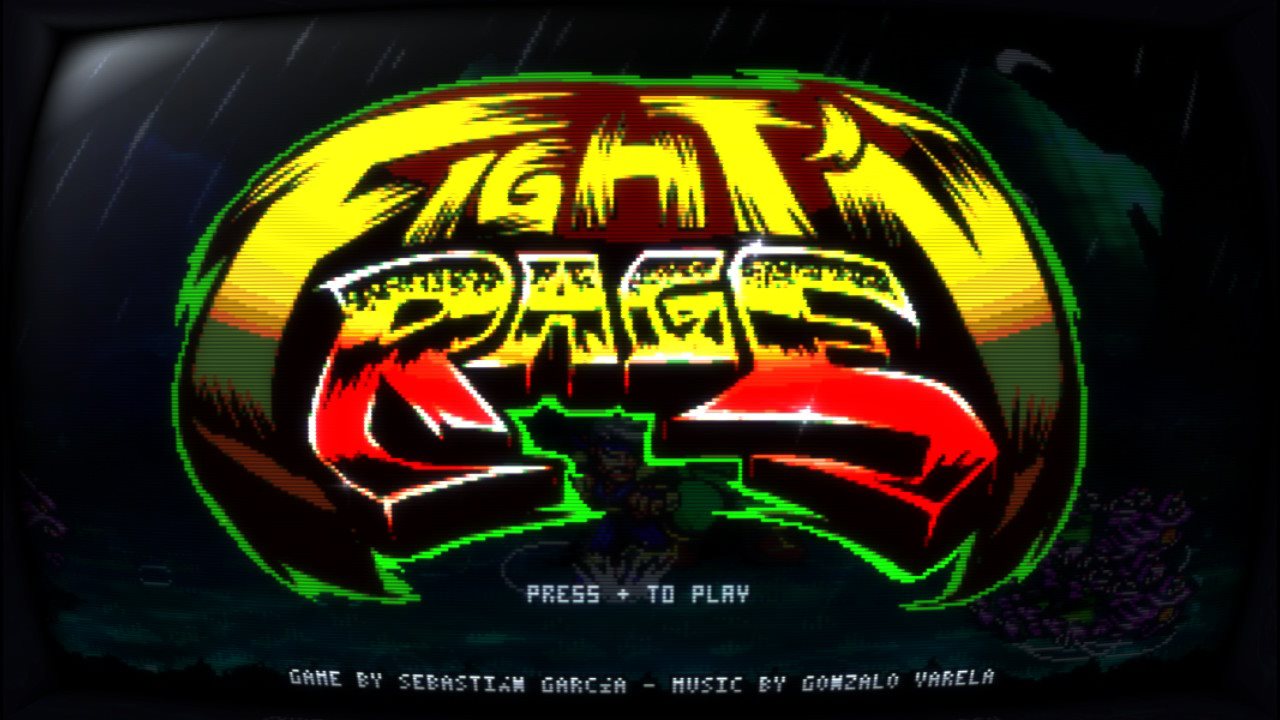 Fight’N Rage is an arcade fighting game inspired by classic ‘90s arcade games. It’s a side-scroller beat ’em up making sure you stay on your toes throughout all your gameplay. 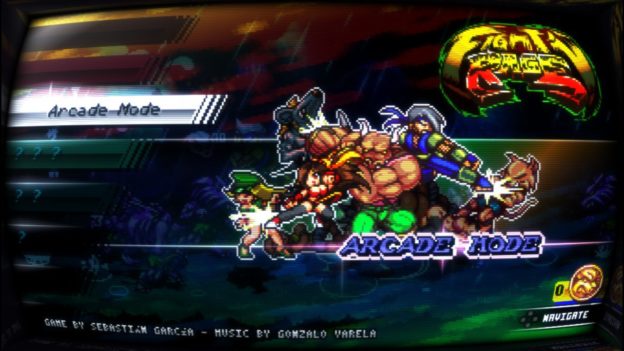 Mutants have taken over and the humans are slaves. Now it’s up to two humans and a mutant, the three playable characters, to band together and rebel against the mutant force. The game doesn’t explain too much of the story, especially not right in the beginning.

I personally do not care too much for a lot of backstories right off the bat, but Fight’N Rage throws you right into the action. If I picked up this game blindly, I’d have no idea why I was doing what I was doing. I didn’t care why I was fighting or who I was fighting because I didn’t know what the purpose of it all was. 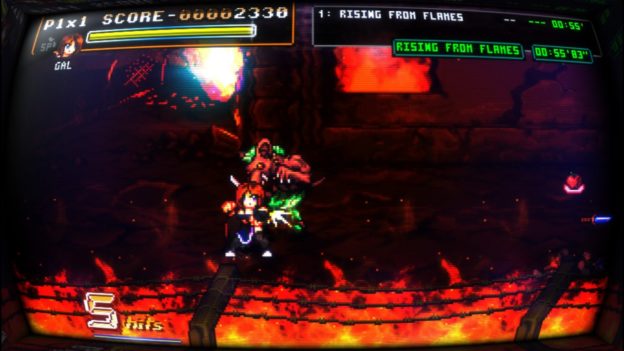 Before heading into level one, you can choose one of three characters to play. (This game does offer multiplayer for up to three players, though I didn’t get a chance to try that out.) I played as the female human, Gal. The character selection screen reminded me of an arcade game and I felt as though I was headed into a Street Fighter-type match. Except I was thrown into a side scroller.

Side-scrolling fighting games are great fun. I’ve always enjoyed them and felt a great sense of accomplishment after getting through the levels and the boss at the end. In Fight’N Rage, each level has four areas to get through before the boss. I died a lot and was always thrown back where I was, the enemies just waiting for me to respawn. After three times of dying though, you have to use a continue and begin the area over. 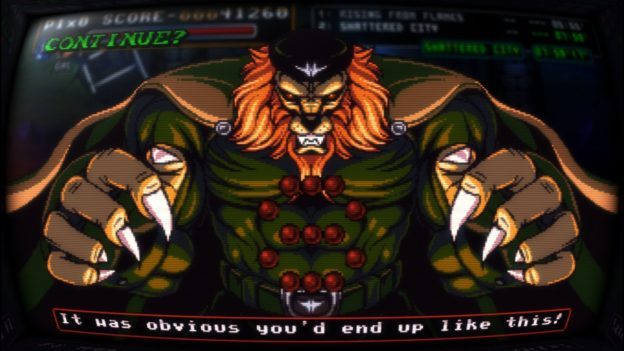 This happened to me a lot and as much as I hate to blame the controls… I blame the controls. Enemies and other characters were able to move about the screen with ease, but my character? Not so much. She was difficult to move. I used the D-Pad most of the time because it was easier for her to move up, down, left, and right. She could move diagonally if I used the analog stick, but she moved as though she were walking through peanut butter. It was easier to have her move in the four main directions but when I did that and an enemy just happened to be above her and slightly to her left, she couldn’t reach them.

The depth perception was way off as well. My character could be standing directly next to an enemy and she would totally miss. The enemy wouldn’t miss though. My character’s punches couldn’t reach far either, but the enemies’ could hit her from a mile away. It seemed one-sided and unfair at some points. 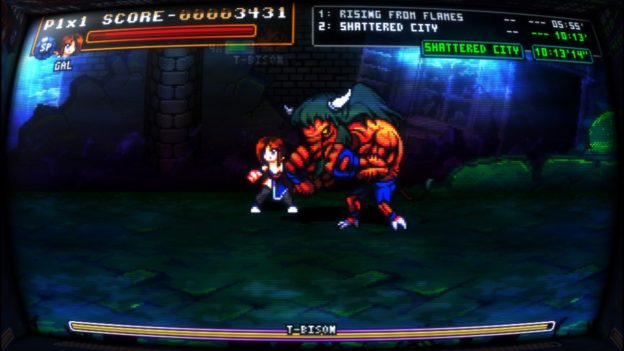 I didn’t get too far in the game. I couldn’t make it that far. The characters were too hard to control so, to me, it made the game almost unplayable. There are a lot of things to unlock in this game but, I have to admit, I didn’t care about any of it. If I couldn’t easily control my character, it was a turn-off for me.

The graphics and music were charming though. It really did remind me of a ‘90s arcade game. I enjoyed that much. I would have enjoyed the game a lot more if the characters ran smoother and had more varied attacks.

Fight’N Rage reminds you of a classic ‘90s arcade game, though the controls don’t hold up. Otherwise, with nostalgic graphics and music, it’d be a great game.