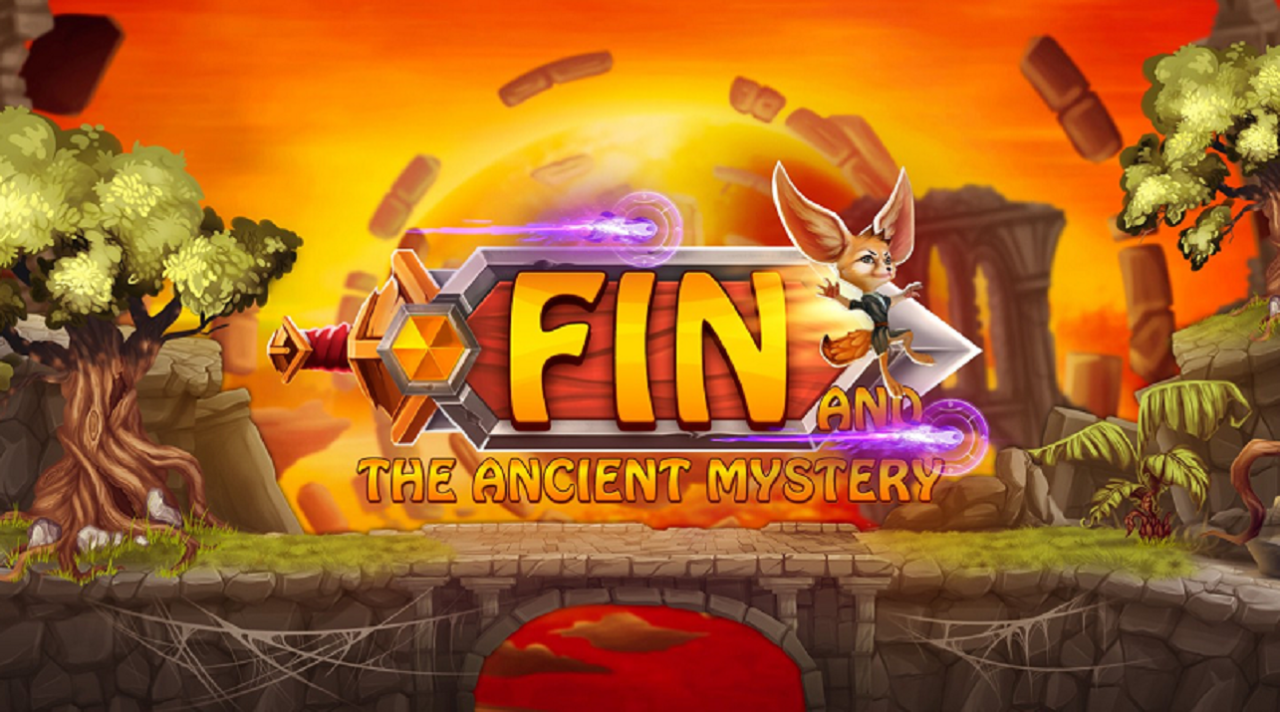 A Fox with a sword and magic! Where? On the Nintendo Switch, bro.

Fin And The Ancient Mystery is an entertaining, relaxed-paced platformer with some RPG elements. Enter Fin, a feisty Fox with fast feet and faster moves. Say that quickly! The basis of the title puts our fuzzy hero Fin on a quest to find ancient artifacts that the family has protected for generations…a family of foxes guarding magical artifacts? Seems security was of secondary importance because guess what? Someone is trying to steal them! Fin sets forth on his adventure through various landscapes and obstacles to stop this from happening.

This is a very polished game. The controls are responsive and accurate and make maneuvering Fin a breeze. A couple of little issues I did find were a few graphical glitches in the dungeon stage, and if you hit the jump button after a double jump, Fin will jump again when he lands. This confused me more than once before I figured out what was happening.

There are two types of offensive moves for your character: a sword slash with little to no range and a magic attack with great range. The RPG element kicks in with earning experience. This is done smashing breakable objects and destroying monsters. With each level achieved you get one stat point. Stat points are used to elevate one of three categories: sword damage, magic effectiveness, and max health. There is also a reset that costs gems. With each increase, the affected stat adds respective damage or health depending on where it was put. This adds some replay value to different levels, which I’ll get into shortly.

The visuals are fantastic, from the multilayered scrolling backgrounds to the character design and animations. Each level – from the ancient crypt to the realm of fire – adds a unique element to think about when working your way through the puzzles. You’ve gotta love the hand-drawn look of each level.  Adding the characters and enemies to the layered scrolling backgrounds and the use of bright colors just makes the game pop out of the screen. Take all of that and put an immersive soundtrack that draws you into each level and you have the makings of a great game.

However, music and visuals aren’t everything. There are other interesting elements that add to the game. Firstly, you have a form of currency: gems or crystals. These are used to purchase health and magic potions, amongst other uses. For example, if you die, 35 crystals can be used to respawn right where you died, versus starting from the last save point on the map. Each level has hidden chests to collect as well. If you get all the chests, crystals, and manage to get all the enemies you can three-star the level. This gives some serious replay value getting three stars in every level. You can also use this to further level up your character by gaining more experience.

Considering everything this game has to offer along with 10 levels to unlock, I’m going to rate this a 9 out of 10. Fin and the Ancient Mystery will keep you playing for hours trying to get 100% on all levels. Honestly, this game was a lot of fun to review, it had a decent story and fun puzzles. For the price, it’s a no brainer to pick up and not regret.

Fin and the Ancient Mystery will keep you playing for hours trying to get 100% on all levels. Honestly, this game was a lot of fun to review, it had a decent story and fun puzzles. For the price, it’s a no brainer to pick up and not regret.