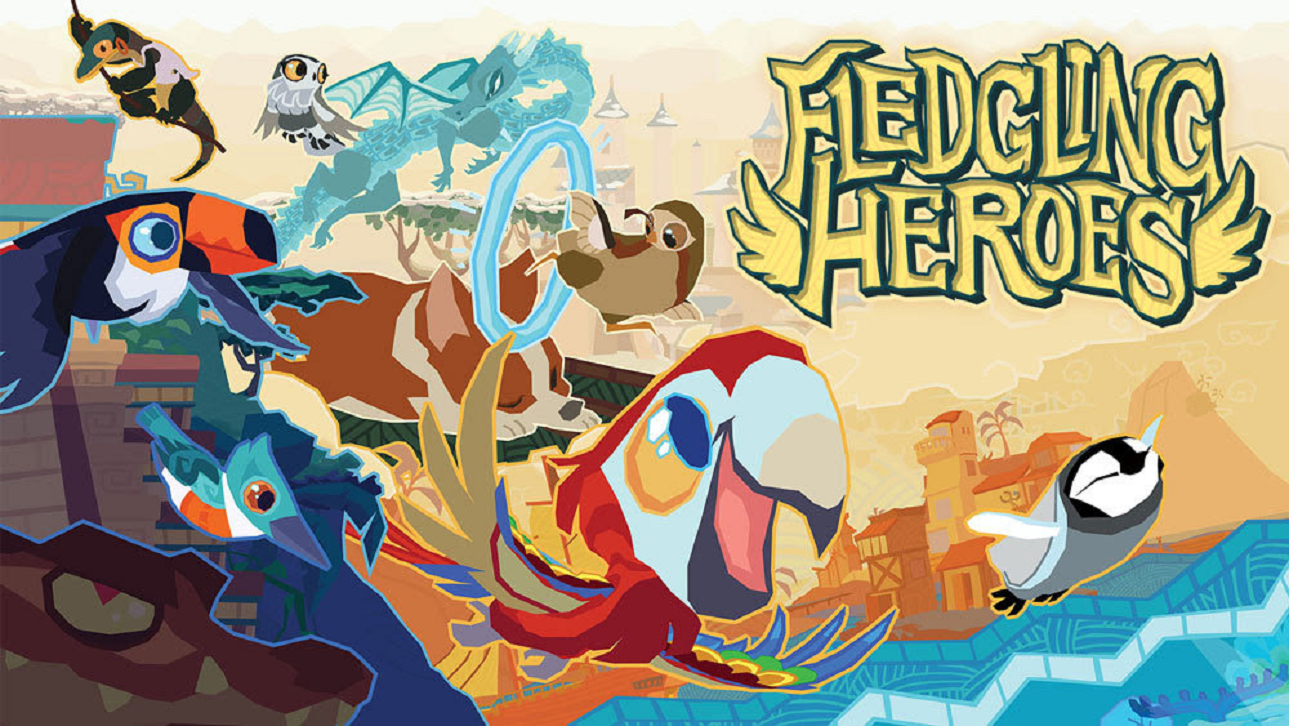 Fledgling Heroes isn’t a port of an old mobile game, but it sure feels like one. While it has some things working in its favor, I haven’t found the overall experience to be especially fun. And I say this as someone who can appreciate runners.

I have real doubts that this game is a good fit for the console audience of the Nintendo Switch. It seems to be targeting younger players but comes up short in a balanced challenge. The eShop already has many games that do that successfully. Combined with (mostly) short levels that are lacking in satisfaction, and a flock of other issues, Fledgling Heroes, unfortunately, lives up to its name. It needed more development.

The “Flappy” comparisons, and therefore the mobile ones, are tough to shake. Whether you’re controlling a parrot gliding in the air or a penguin swimming in the waters, this is still a runner. And that structure weighs Fledgling Heroes down, as it’s no longer a genre built for budget console success.

The lack of any real depth made this a game I grew tired of fairly quickly. To be clear, I don’t always mind shallow games, but the levels here are so short. This weakens co-op, which would otherwise be a legitimately cool feature. It also gives little to explore as you whiz on through. Imagine if this game embraced some classic platforming designs?

I’ll admit, it wasn’t too bad replaying levels to collect more items, at least early on. But one of the main reasons I even did this stemmed from subpar hit detection. I noticed it often, but especially when racing the dragons who lock access to the next world with their rubberbanding! So, after frustration set in with the weak design, I’d return to levels I already bested.

What saves Fledgling Heroes to an extent, is how attractive it is. The art, color, animation, are what drew me to the game despite my initial pause. Still, it can be sometimes tough to tell what’s background scenery compared to what can be hit; one hit equals failure. I recognize that objects are outlined, but it’s easy to miss in the heat of the moment, while also detracting from the style a bit. You can customize the birds, which doesn’t impact the gameplay but is an aesthetic touch. It’s something I can see kids enjoying, for sure. 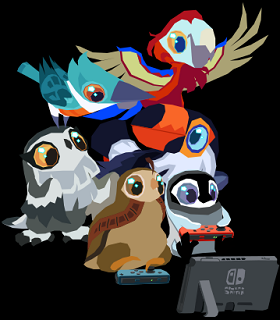 Should the main levels prove, for the most part, bland, you can create unique designs. But curiously, you’ll need to play (and replay) a lot of levels across the worlds to get editor pieces. The editor itself unlocks early, but many of the pieces do not. Does this encourage replay? The level challenges don’t always feel organic to me, often more akin to random padding, so not in the long run. I checked out the user-created levels (there’s not much at the moment), and a lot of them are hard, with tags like “Brutal” and “Tricky”.

Playing Fledgling Heroes, it’s hard to shake the feeling that I haven’t somehow time-traveled to the past. It feels like the sort of game I might’ve enjoyed reviewing seven years ago as a mobile port to the 3DS or Wii U eShop. Except it’s 2020, and this is an original game on the Switch. Runners have come a long way, and players expect more from the genre’s console counterparts.

I wish Fledgling Heroes presented more polished gameplay to incentivize replay, built around a more compelling genre. But it’s left me too much that I find a letdown. I think it’s a pretty bland product, save the likable art. As I had little fun playing it, I can’t give my recommendation, outside of a future collision patch. But I wouldn’t mind seeing the artists take their skills to a proper platformer or a visual novel.

Playing Fledgling Heroes, it’s hard to shake the feeling that I haven’t somehow time-traveled to the past. It feels like the sort of game I might’ve enjoyed reviewing seven years ago as a mobile port to the 3DS or Wii U eShop. Except it’s 2020, and this is an original game on the Switch. Runners have come a long way, and players expect more from the genre’s console counterparts.