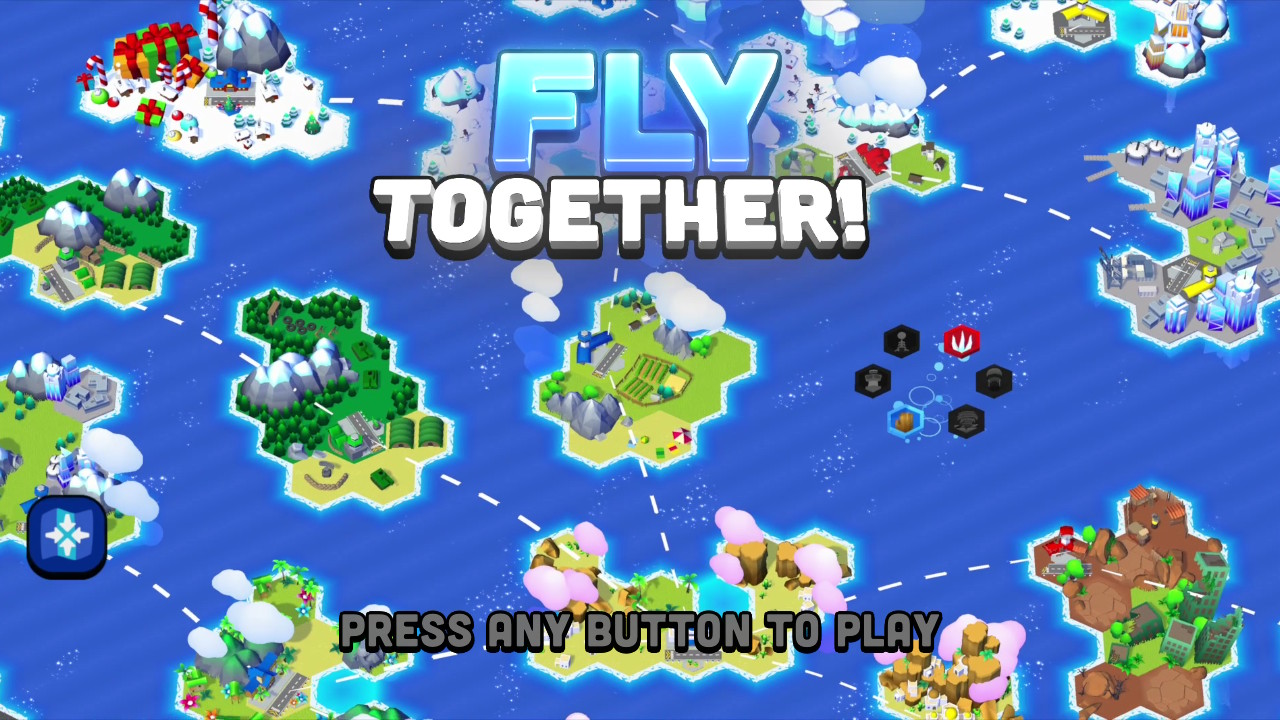 Fly TOGETHER! is a puzzle, action, party game published by Northplay. You can have a good time with this game solo or with up to eight people in total. 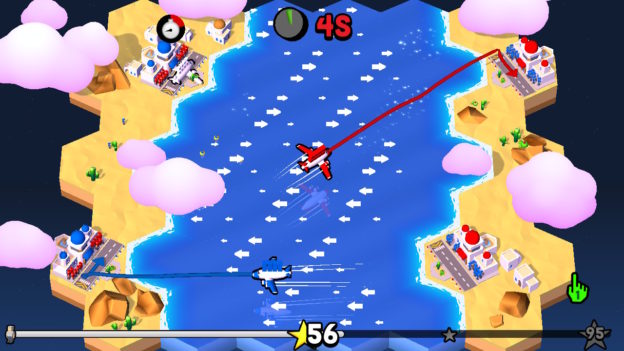 The premise of Fly TOGETHER! is that you’re piloting multiple airplanes at once, creating a route for them to take while picking up and dropping off passengers. That’s pretty much it. The game sounds simple enough, but the puzzles get a little trickier as you delve deeper into the game.

Each level contains a certain number of airports, each with a different color: red, blue, yellow, purple, etc. There will be colored passengers at these airports that don’t necessarily match the color of the airport. Your airplane will pick up passengers and turn the same color. 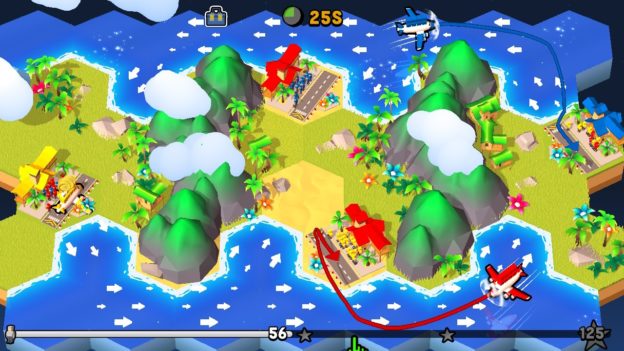 For example, if your airplane picks up purple passengers, it will turn purple. Then you’ll need to draw a route for the aircraft to make it to the purple airport. It’ll pick up more passengers there, and you rinse and repeat the process.

I’ll admit it sounds dull, but it’s more complicated than you think. Most of the time, the airplanes match the number of airports, so you need to move one plane out of a port to allow another one to come in, and so on. This creates constant mapping, and if the planes cross paths, they crash. 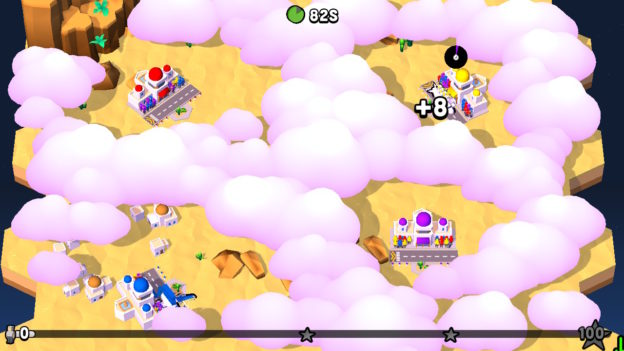 If your planes do crash, that’s okay. You can call them back in. However, you’ll lose time. Yes, these levels are timed. The goal is to pick up and safely deliver as many passengers as possible to earn stars to pass the level.

These stars help you build a bigger airport, so you buy new airplanes with the money you make from getting passengers. Each plane has different specs, such as speed (how fast the plane moves) and boarding time (in seconds, but yes, you have to wait in real-time). 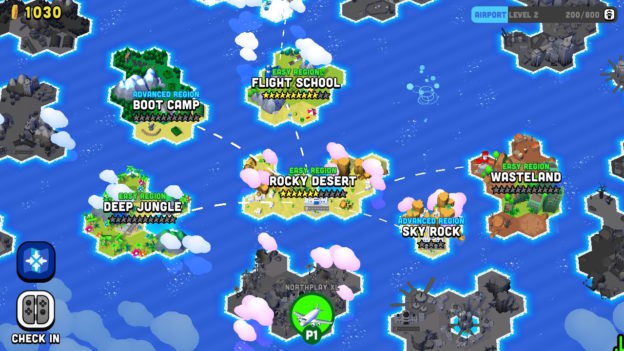 The map is huge, with four levels in each area. You can go anywhere you want once that area of the map is unlocked, but each level is marked “easy” or “advanced” for difficulty. So, go in any order at your own risk.

Each area has different obstacles. For example, tornados can scoop up your plane in the desert area and blow them off course. The wind is also a factor. Depending on where it’s blowing, it could boost the speed of your airplane or slow it down. 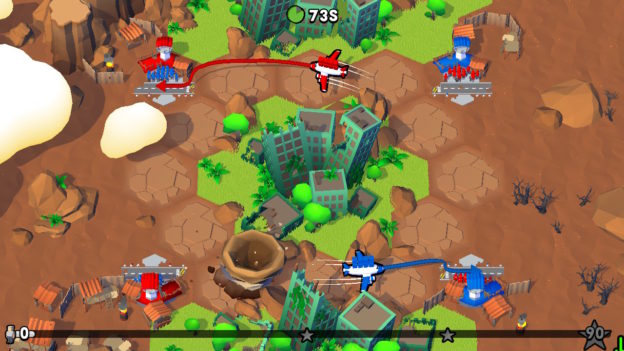 I enjoyed my time with this game when I played alone. I preferred to have it in handheld mode and use the touch screen rather than the analog stick. Having the game on the big screen with motion controls was responsive, but I preferred the simplicity of the touch screen.

Luckily, I was able to test out the multiplayer with my cousins and sister. We had a lot of fun (mostly crashing into each other’s planes), and had an overall chaotic time with it.

I will admit the nature of the game gets repetitive after a while. I can see myself going back to it and playing again, but only for so long. Still, it’s fun to get together with different friend groups and play Fly TOGETHER!

Fly TOGETHER! is a chaotic puzzle game to play with friends in various ways. The controls are responsive, but the game gets repetitive after a little while.