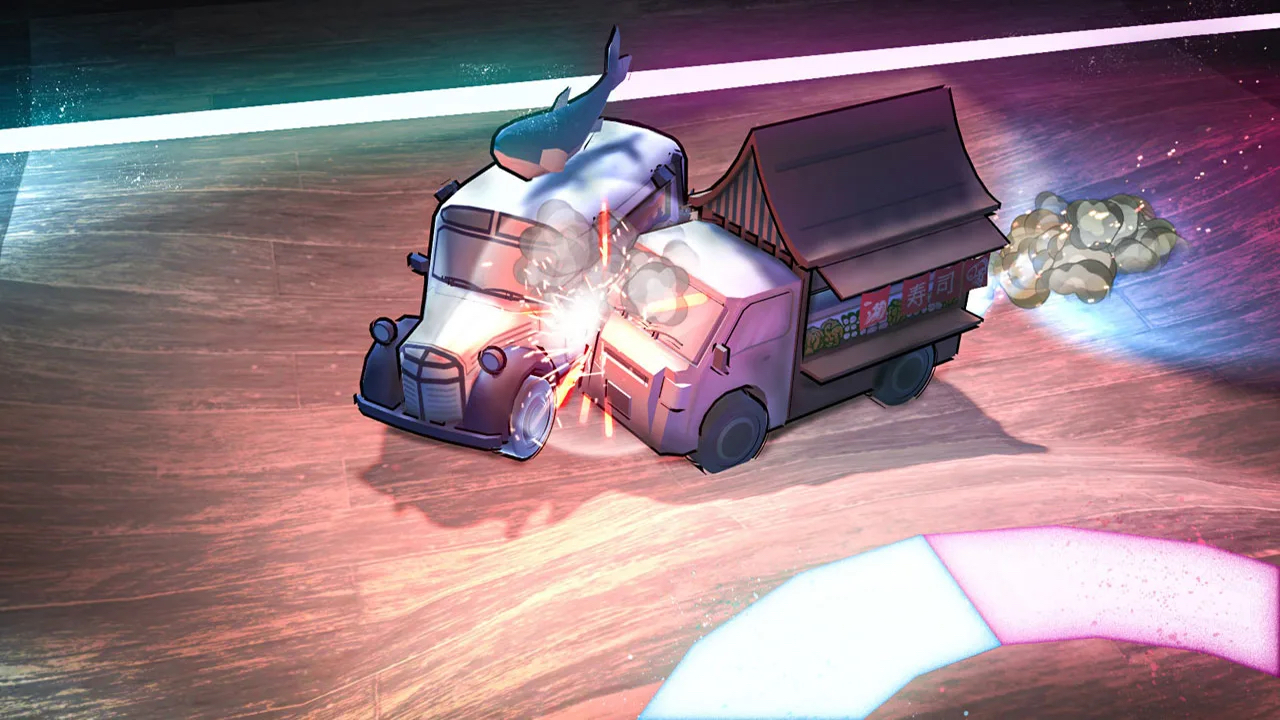 Hopefully you packed a lunch today.

Hey there foodies, we have a new game for you: Foodtruck Arena. Unfortunately, you don’t get to actually eat the food because the trucks are too busy playing automobile soccer. I thought maybe I should call it rugby because there is enough legal crashing into each other and no flopping drama, but we’ll stick with soccer for now. There is a ball, two goals, and limited rules—just get the ball in the opponent’s goal to score. People playing in cars is not a new thing, but playing soccer in food trucks is an interesting take on the game. 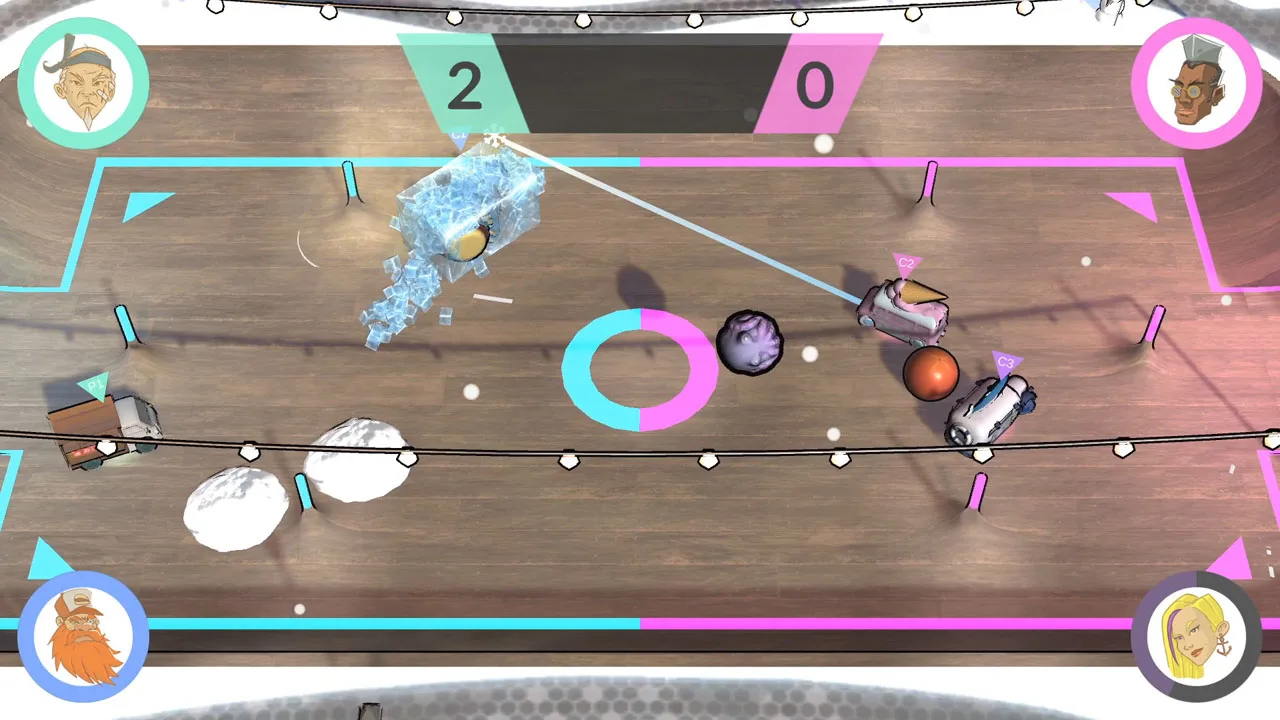 The game’s graphics are only OK, but it doesn’t really need to have super graphics to improve the experience—it’s food trucks playing soccer, after all, and the visual presentation is somewhat endearing. The audio is a mixed bag; sound effects are minimal and good enough, but the music, while not jarring, is a little less than pleasant. The sound quality is OK, I just found the tune a bit annoying after a while.

The game controls are relatively simple. The L and R buttons are reverse and forward, respectively. The B button is actually a jump (who knew trucks could jump without a ramp?), and the A button triggers your special ability/attack. The left stick steers your truck, so all you need to worry about here is turning left or right. The fun part is keeping yourself oriented and steering accordingly. 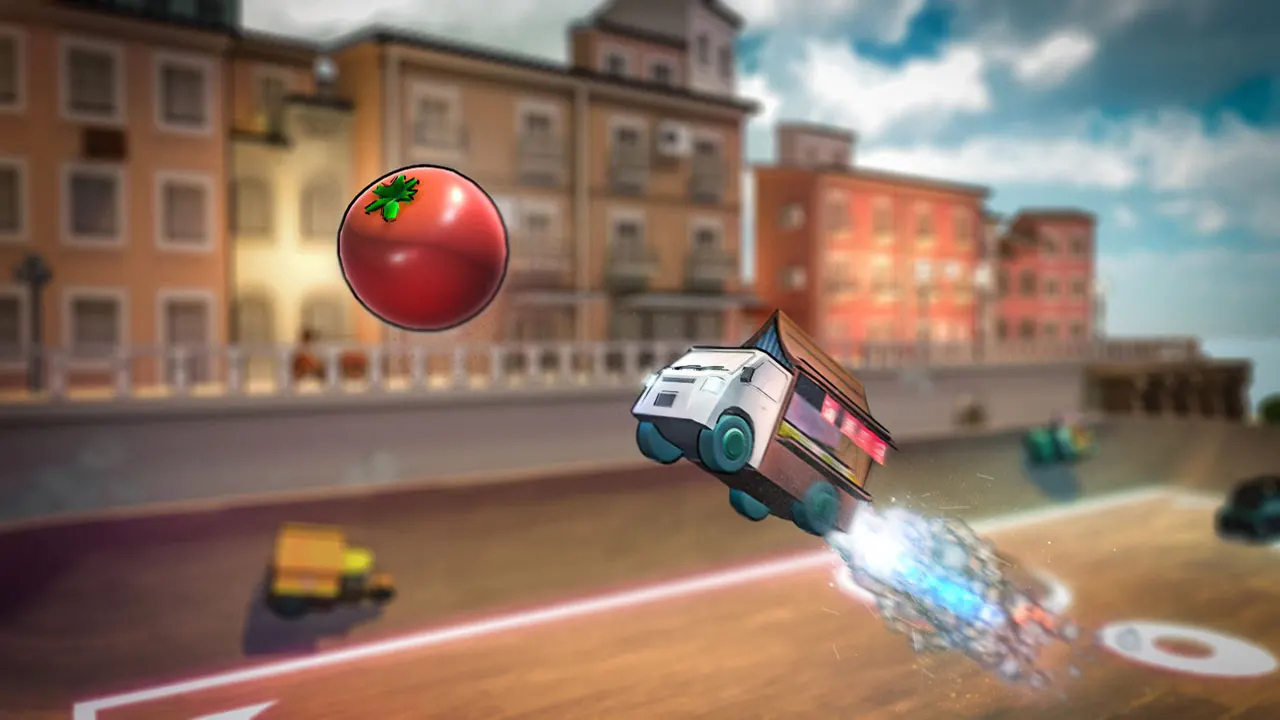 Since the vehicle is basically a messed-up panel truck, you don’t exactly get quick responses to the throttle and nimble steering, to say the least. It may be a good idea to play around with your reversing skills; the game feels like a bit of a demolition derby, and you may be able to guide the ball more easily in reverse. With the control limitations and the fact that the ball is programmed to be pretty bouncy, it can actually challenge your thumb twiddling skills to get the thing into the goal.

The default game mode is Tournament, in which it’s you against the other characters in single combat to see who can get to three goals first. To advance, you have to beat your opponent once. As you progress, the game will unlock more characters. You can play any of them you like.

In Free mode, you can even play character A against character A to see if you’re relying too much on special skills to get the win. The game also has a 2v2 player setting, but using it is a little finicky with the controller setup.

Sadly, here’s where the good times stop. Foodtruck Arena suffers from some distinct inadequacies which could have, and should have, been prevented. There is no tutorial at all. When it comes to figuring out how to move, you are on your own. Not only does the game not tell you how to use your special skills, it doesn’t even bother to tell you they exist. While the gameplay can be challenging, it is due more to being sluggish and finicky than anything else. I noticed the control stick was trying to tell the game to turn the wheels, but the game decided it didn’t want to, so tough luck, player.

There is replay value because the game is dynamic, but that doesn’t keep it from being a bit monotonous. There are some variations on the playing fields, but it is not enough to offset the whole “meh” feel of the game. 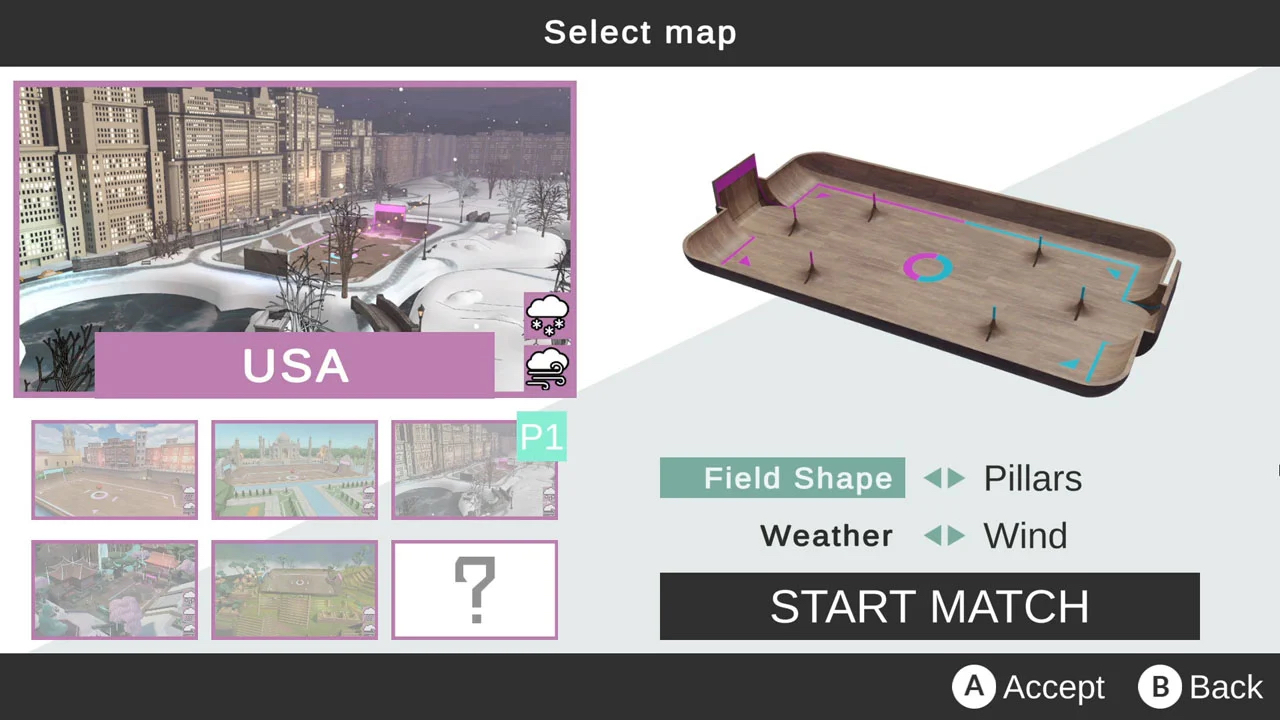 I hate to be a downer, but Foodtruck Arena didn’t really entertain or engage me. There is some challenge to actually getting a bouncy ball to cooperate just enough to put it in the goal while your opponent is trying to score against you, but this is about the best of it.

Unfortunately, the good parts of Foodtruck Arena are mostly outweighed by the plain and unoriginal nature of the game itself and the sloppy controls. I was hoping for a spicy sportster, but ended up with a bland-mobile.