Sports games are not a genre I am familiar with, so it’s good that Football Game has nothing to do with the topic. What I can say though is that this title is an interesting point-and-click game with great graphics and sound, focused on a young man who might be suffering a psychotic breakdown while attending his high school’s football game.

Football Game focuses on Tommy, a high schooler who is looking for his girlfriend, Suzy, who is supposed to be waiting for him at the big game. The problem is that nobody seems to be able to tell our protagonist if she’s even there. Throughout this journey, things start to seem more suspicious as Tommy gets closer to his goals. I found this plot to be rather intriguing because I found myself becoming increasingly worried about the intentions of Tommy. 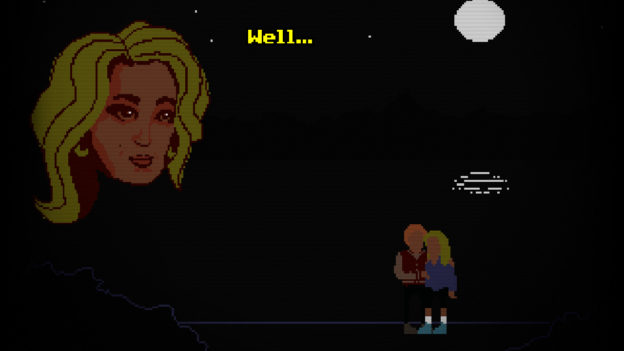 Gameplay is a pretty standard point-and-click affair with puzzles that focus on finding items in the world to progress the story. The puzzles are pretty simple, with the exception of a few that require a lot of walking around, such as trying to figure out how to turn on an exhaust fan so the coach will be distracted by students smoking in the bleachers. Overall I found myself being able to breeze through obstacles.

I found the graphics to match the atmosphere and genre quite well. The pixel art and dark colors do a great job giving the world a foreboding tone. I found myself feeling like something was amiss from the very start, which dragged me into the tale within seconds. 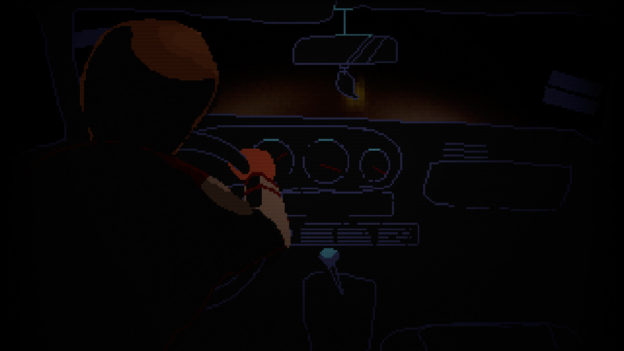 The soundtrack also matches the tone of the game, using a lot of ambient sounds mixed in with very dark and ominous tracks by JUPITER-C. I felt uncomfortable in the moments when there is music because it is placed so well that I knew something bad could happen at any moment.

Football Game is simply amazing; if you’re someone who enjoys point-and-click games and a good story that tells its plot with no fluff, this is the game for you. I found myself drawn into this game from the first moments. If you haven’t picked this one up, what are you doing? Download this game right now!

Football Game is an interesting point-and-click game that manages create an uncomfortable scenario from something as mundane as attending a high school football game. From the sound design to art style there is no expense spared at letting you know that things aren’t as they seem.