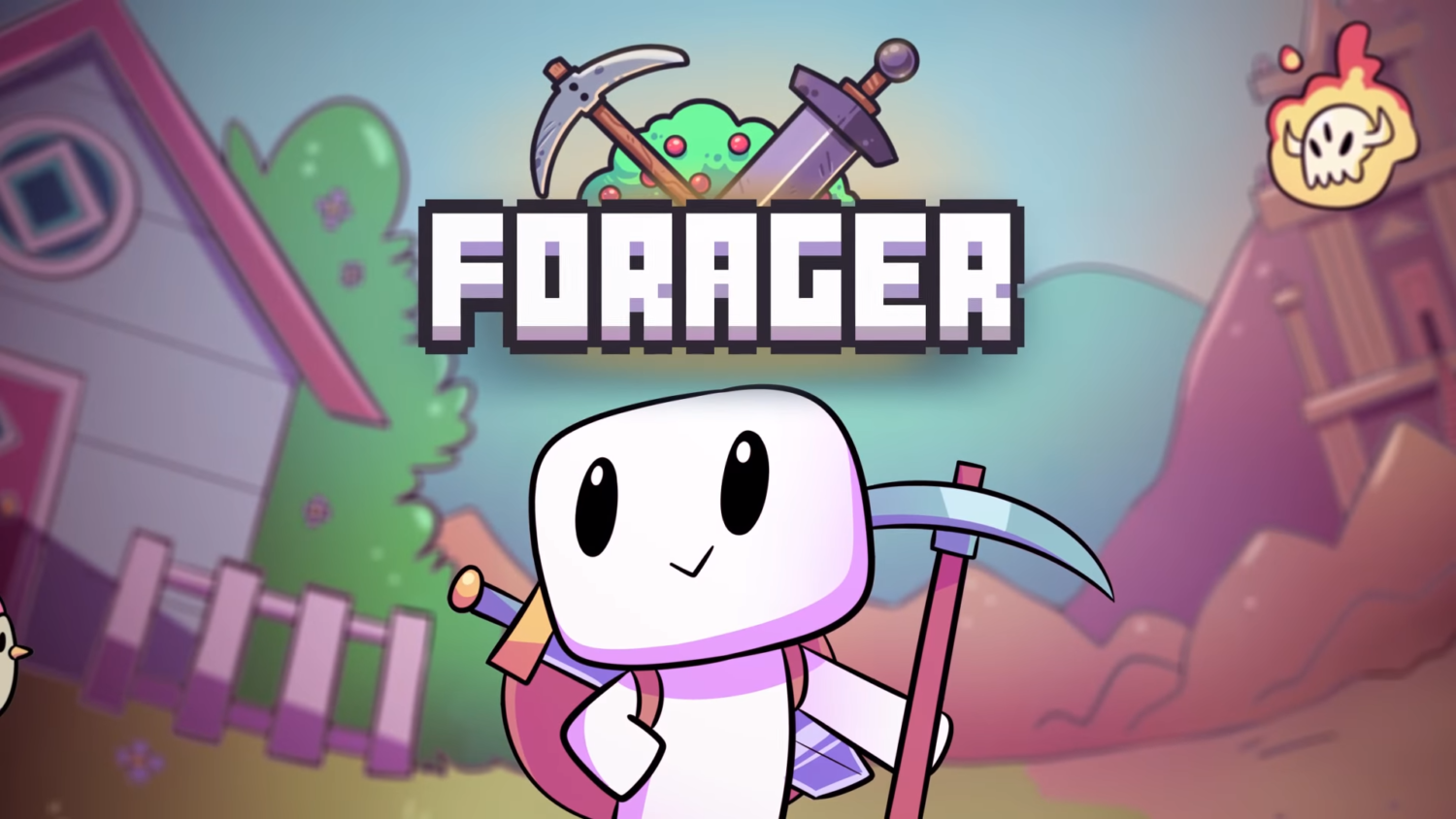 Forager is a 2D open-world game inspired by many other farming, crafting and exploration games. At the asking price of $19.99, is it worth your hard-earned money?

There is not really a story to the game and, to be honest, there isn’t a need for it. Forager is just fun. You play as a little white unnamed humanoid thing. From what I can tell, it does not have a name. Essentially you begin on what is a single small island filled with rocks, trees, flowers and other resources. You use the starting tool, a pickaxe, to chop down trees or mine rocks. By collecting those things you are able to start crafting objects. The objects you can build are broken into four categories: industrial, farming, economical and magical. The first object you can build is a furnace. From there you can craft new tools such as a shovel, sword as well as other objects. 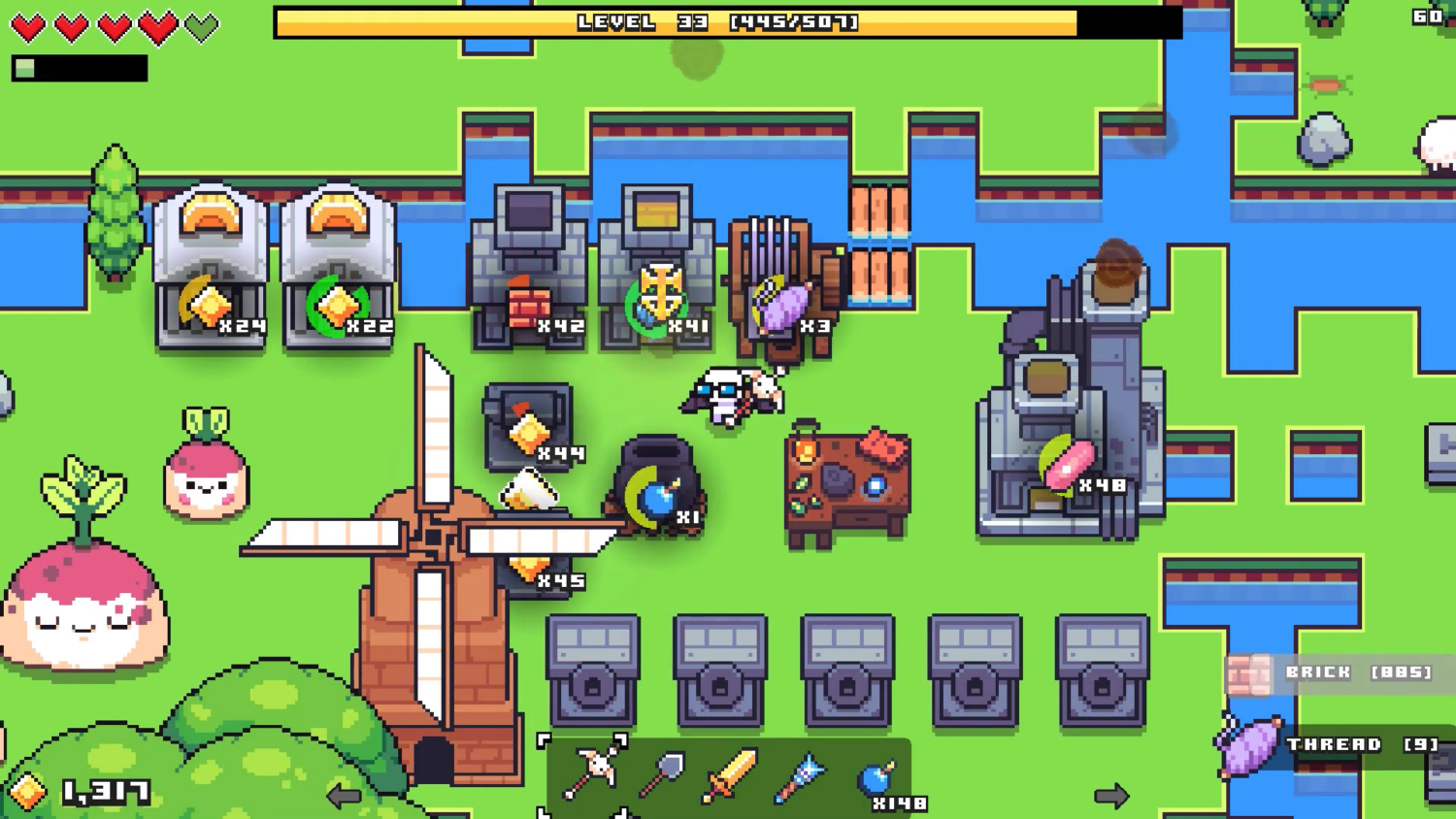 Like many games with experience systems, each level is gained via more experience. The great thing about Forager is pretty much everything you do earns experience. For every level gained one skill point is earned. Each point can be exchanged for one new skill. A skill such as mining will allow all rocks that are mined to drop 40% more minerals. Once you have unlocked a new skill it unlocks more things to craft or a type of food to cook. Before choosing which skill you want there is a description of what the benefit of choosing it will be.

While harvesting all the different materials it is always good to keep your eyes on your stamina; if it drains entirely, you will lose a heart. Once all of your hearts are depleted you die. Stamina and hearts can be replenished by eating food. Like everything else in the game, food recipes are learned through skills.

As you play you start to earn or craft money, which can be used to purchase more land. Purchasing more land allows you not only to expand the area used to build things, but it also unlocks a different type of map. This may have different or new resources that allow you to build and craft new tools or new items. The new land areas often have a puzzle to solve. When the puzzle is solved a special treasure chest or item is usually awarded. 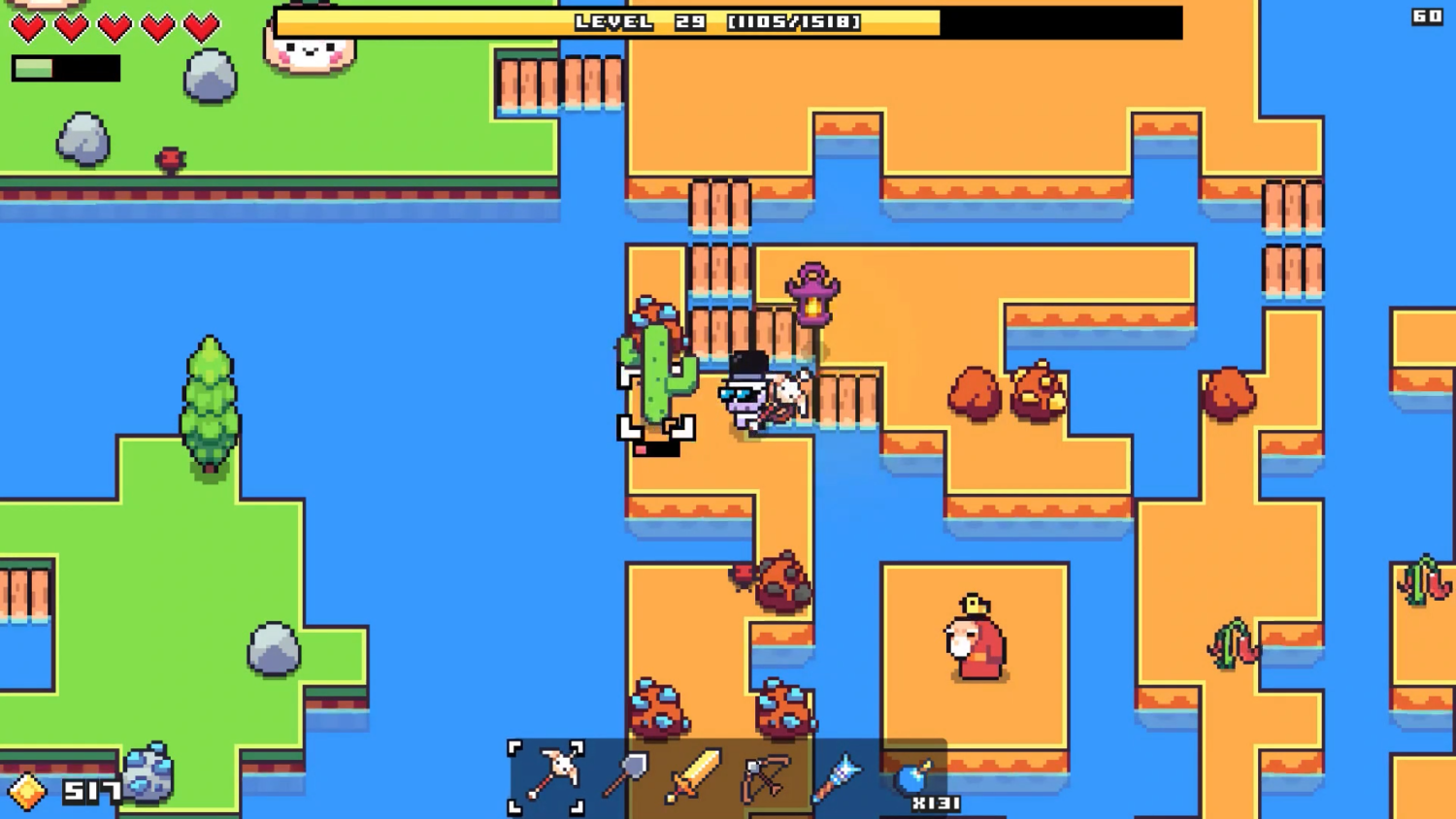 Aside from all the fun gameplay, another of my favorite things about the game was the opening message from the developer wishing that players enjoy the game as much as he does. I really enjoyed the extra content unlocked by accomplishing feats in the game. Some of the things unlockable are a story of how the developer made Forager, a Forager comic, a music player of the game and more. My favorite was the story of how the game was made. It all just seems like such a project of passion. 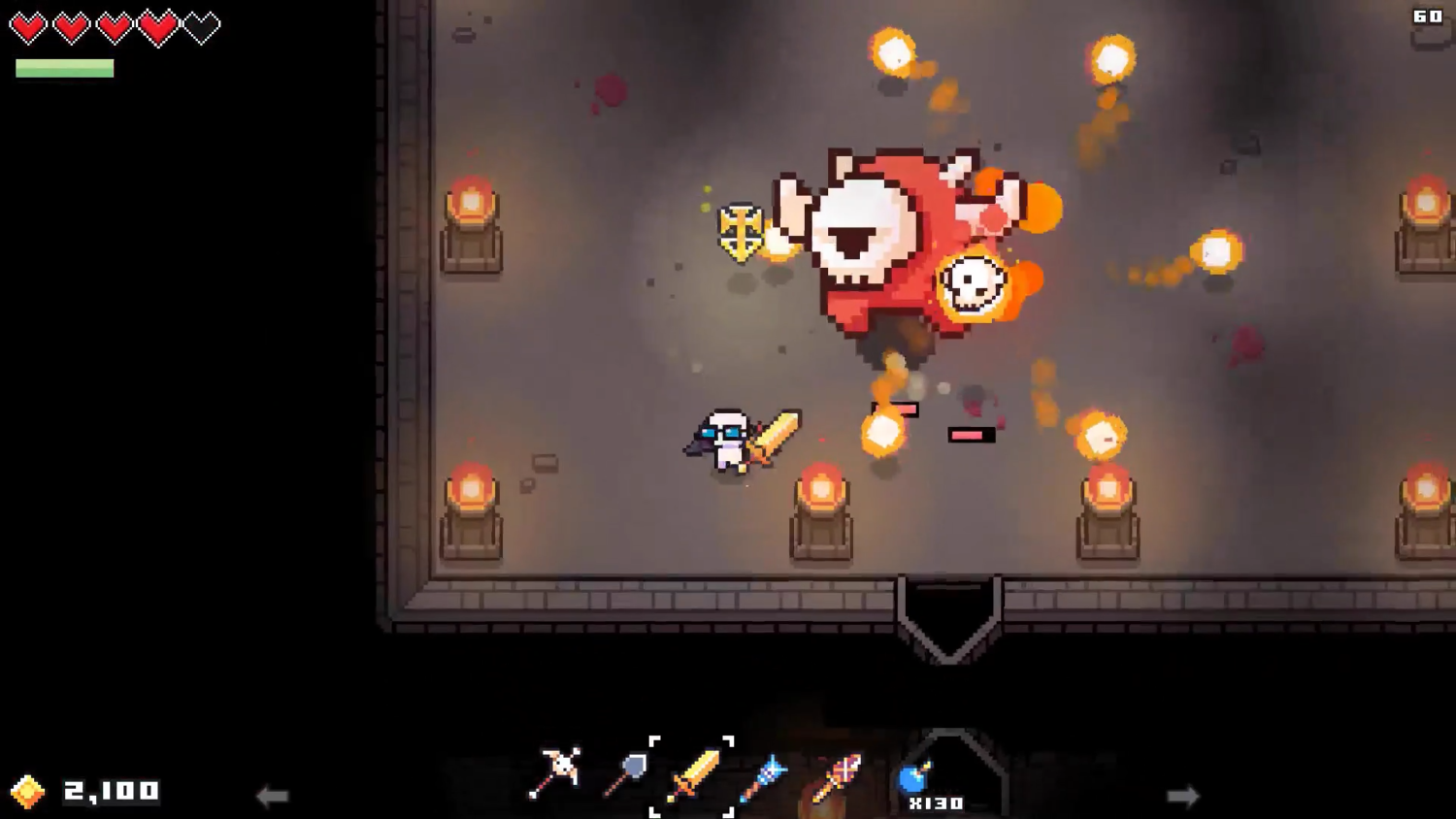 I honestly can’t say enough how much I enjoyed this game. The price tag of $19.99 feels like almost a steal considering the amount of gameplay and enjoyment this title has to offer. There are hours and hours of fun just waiting to be discovered. Players who enjoy crafting, farming and exploration games should definitely check this game out.

Reviewing this game was a ton of fun. I enjoyed every minute I have put into it. With so much more to be discovered, I can’t wait until the next time I have a chance to play it again. Forager is easily one of my favorite games. Players who enjoy crafting, farming, and exploration should definitely check this game out.