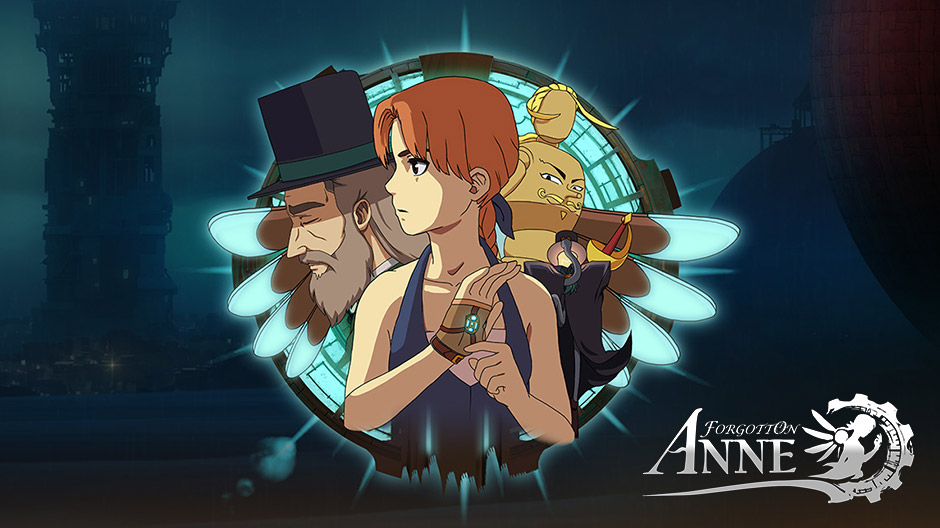 Forgotton Anne is a platforming adventure game developed by Throughline Games and published by Square Enix. With a hand-drawn style that’s coupled with a strong narrative element, is there more here than merely an interactive anime? Thankfully, the answer is a resounding yes.

From the outset, it’s clear that Forgotton Anne is something pretty special. As you start the game, an intro rolls across your screen like the prelude to a movie, with beautiful animation of the world beneath our own where forgotten objects end up. As we watch, an object makes its way to this hidden place, where its sentience is revealed and it begins a new life. When an explosion occurs – the work of rebels – you take on the role of Anne, a human living in this world. She’s also an enforcer, a peace-keeper of sorts, and it’s up to her to find the culprit behind the rebellion. 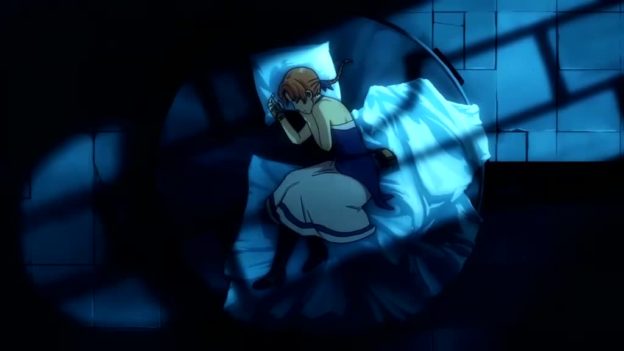 As you manoeuvre through the dreamy landscape, Anne interacts with various objects called Forgotlings. These are the discarded, forgotten and normally inanimate objects of our world. Here they are given a personality, from shy and friendly, to cocky and strong-willed. They also sport interesting (mostly) English accents. With its cast of exuberant characters and anime style, Forgotton Anne genuinely feels like you’re playing through a Studio Ghibli movie.

The orchestral music perfectly compliments this feeling, with sweeping scores that add to the atmosphere at just the right moment – like they’ve been composed for a film. One of the most poignant examples is fairly early in the game. After a few interactions, including an exciting capture of someone sneaky, you find yourself running to your next location. The game zooms out a little and the title appears on the screen in large letters, with a sudden (but perfectly executed) crescendo. With the prelude over, this effect lets you know your journey has truly begun; the movie/game has started. The entire soundtrack is used this way to create a sense of urgency that engages you in each and every moment. The sound effects are just as good, with echoing snaps and footsteps that, again, transport you further into Anne’s world. This aural experience is topped off with full voice acting, completing the essence of a film.

The dialogue is a major component of Forgotton Anne. It’s very much a storytelling affair set within the confines of a platformer. The narrative is fairly linear, though there are choices to be made at times that affect the outcome of the game. The dialogue is never too long or boring though, with a nice balance between reading and action.

The platforming sections are enjoyable and relatively easy – there’s no death here. Instead, progression relies on solving various puzzles. These seem simple in their construct but can be quite tricky to solve. Some areas are cut off from the power supply, and you’ll need to use your unique abilities as enforcer to power certain sections or switch them on and off to make your way through. The game is generally linear in this way too, stopping you from leaving an area until you’ve solved the puzzle. It can border on frustrating, but the solutions seem so obvious once you’ve discovered them.

The controls are straightforward and generally responsive. There’s an ever-so-slight delay in the execution, but, instead of detracting from the game, it gives weight to your character and makes her feel all the more real. Similarly, when Anne has a moment to catch her breath, or bumps into a locked door, she might stop and fix her dress, or look in a different direction momentarily. It’s gratifying to see these minor details that add together to fully immerse the player into the game’s world.

Overall, Forgotton Anne is a beautiful, atmospheric game that literally transports you to another world in a mesmerising way. With some excellent cinematic techniques, you’ll feel like you’re playing a role in a movie. If you’re a fan of Studio Ghibli movies, this is one game you should absolutely play. Even if you’re not, fans of slightly quirky, story-driven affairs, or simple platformers, should definitely consider purchasing. With a free demo available, there’s really no excuse to give this one a try.

Forgotten Anne is an anime brought to life, where you play the role of the heroine through a Studio Ghibli-esque world full of mystery and wonder. The puzzles will scratch that itch in your brain, but the visuals and soundtrack will blow your mind.