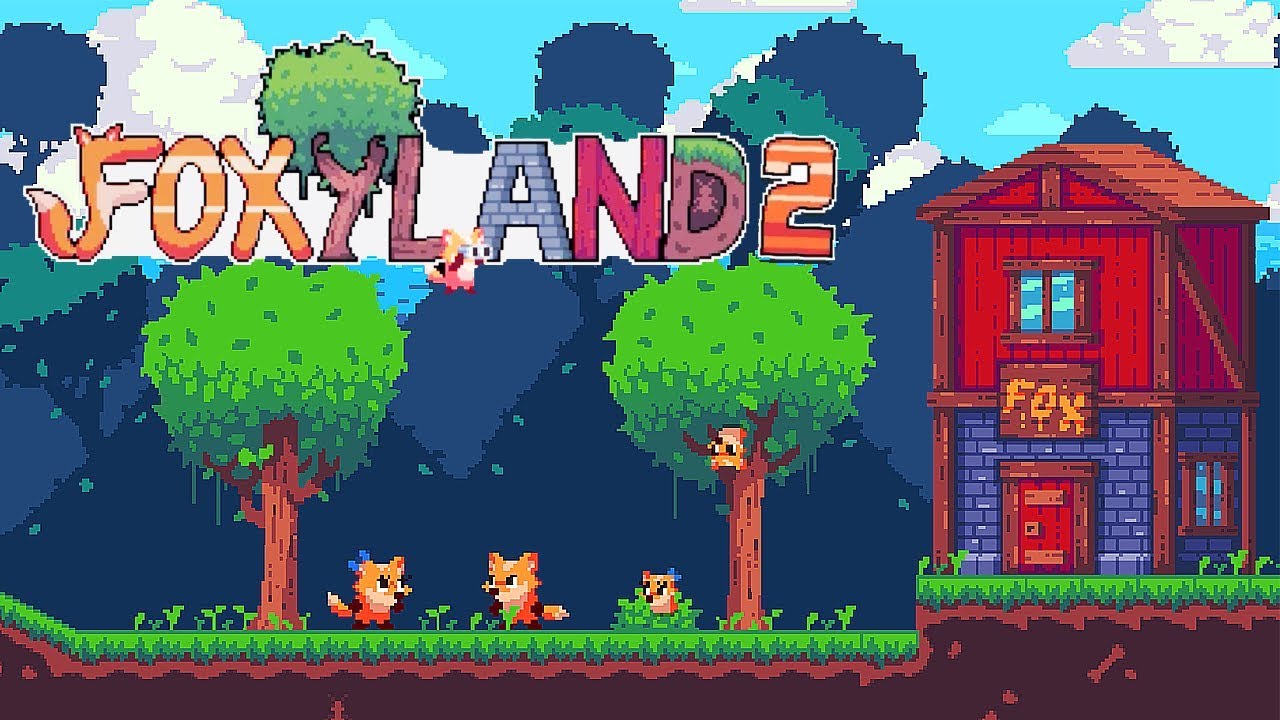 Foxyland 2 is the sequel to Foxyland, a game that released in late November on the Nintendo Switch. When we reviewed it in December it didn’t receive the best review score, which kind of leaves the questions of was Foxyland really in need of a sequel?

Players once again take control of Foxy, as he is trying to rescue his pups that were stolen by the Wolfie brothers. This time Foxy is not alone as his wife Jennie is available in two-player co-op. 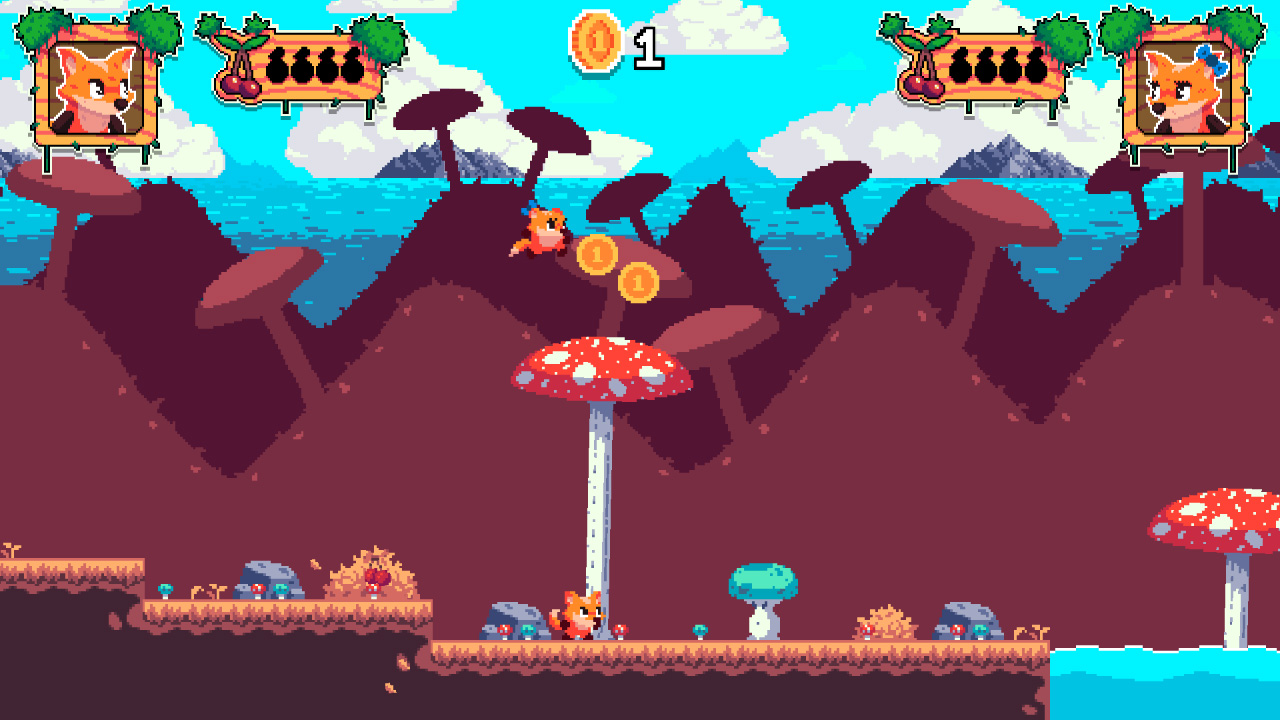 Foxyland 2, much like its predecessor, is a budget retro-style platforming game. The fox sprites certainly are cute, and the game handles well. However, it also suffers from short levels. This time around, the health meter has been removed, resulting in a slightly more difficult game. With how short each level is, it is not too big of a deal that one hit from an enemy kills you. That is until you come to a boss fight. An addition to the game is the ability to throw cherries at your enemies. Unfortunately, this new feature is only occasionally helpful, as I found the ability to just jump on them much more useful.

Each level has small coins scattered within, and finishing a level with twenty-four coins will give you an extra life. The levels also contain the large FoxyCoins hidden throughout. Collecting FoxyCoins doesn’t do anything other than giving a reason to go back and retry a stage. 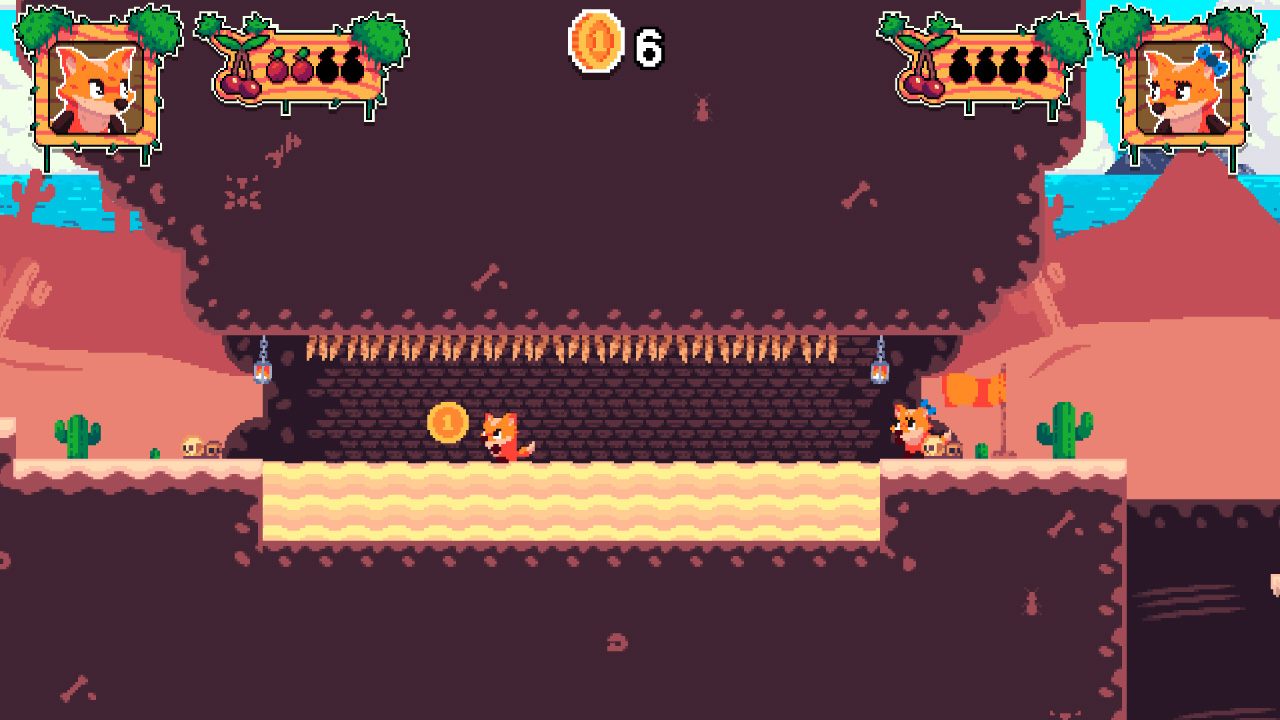 While the addition of bosses and co-op are a step in the right direction, a further balance of them both would be ideal. Co-op seemed unnecessary due to how short the levels were. Whichever player was in front could pretty much take all the items and kill the enemies. Leaving the other player to just kind of follow behind. A little more length and variety within the stages could make this feel like a more welcomed addition. As previously mentioned, the health bar from was removed Foxyland 2 leaving boss battles to be a bit difficult, especially when the slightest mistake has you starting over. Even if the health bar was just added for boss battles, it could make it feel more balanced. 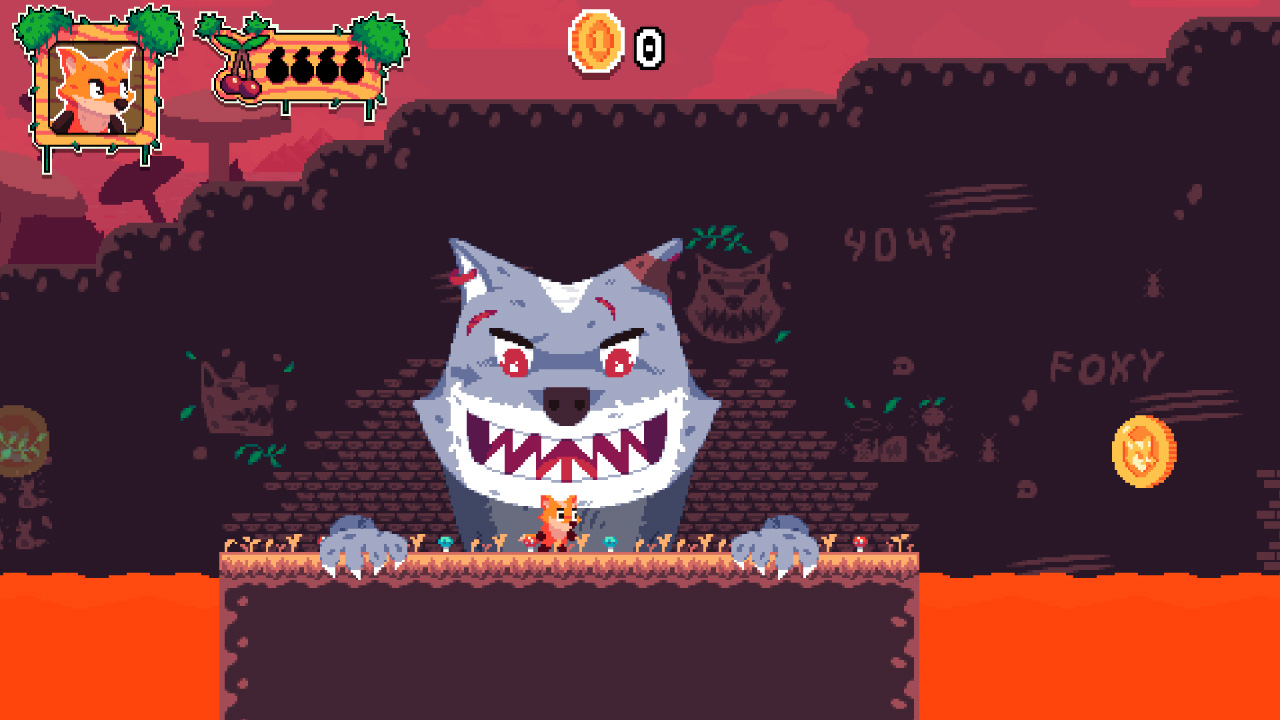 The music is Chiptune by HateBit. If you are like me, then you never heard of HateBit.  That’s okay because the Foxyland level designer won’t let you forget it. As you advance through the stages, you can see the words “HateBit” scattered in various parts of a level. Having a music composer’s name scattered throughout stages would have been fine if it was in a hidden area of the game such as a secret area. To an extent, it was kind of tacky, considering it didn’t really fit the game and just looked like graffiti. It was also kind of distracting and annoying.

Foxyland 2 may have made some changes and improvements, but it is still not a very memorable game. It is a shame as the characters have a bit of charm. Unfortunately, the game they appear in doesn’t do enough to help them stand out.

Foxyland 2 may have made some changes and improvements, but it is still not a very memorable game. It is a shame as the characters have a bit of charm. Unfortunately, the game they appear in doesn’t do enough to help them stand out.