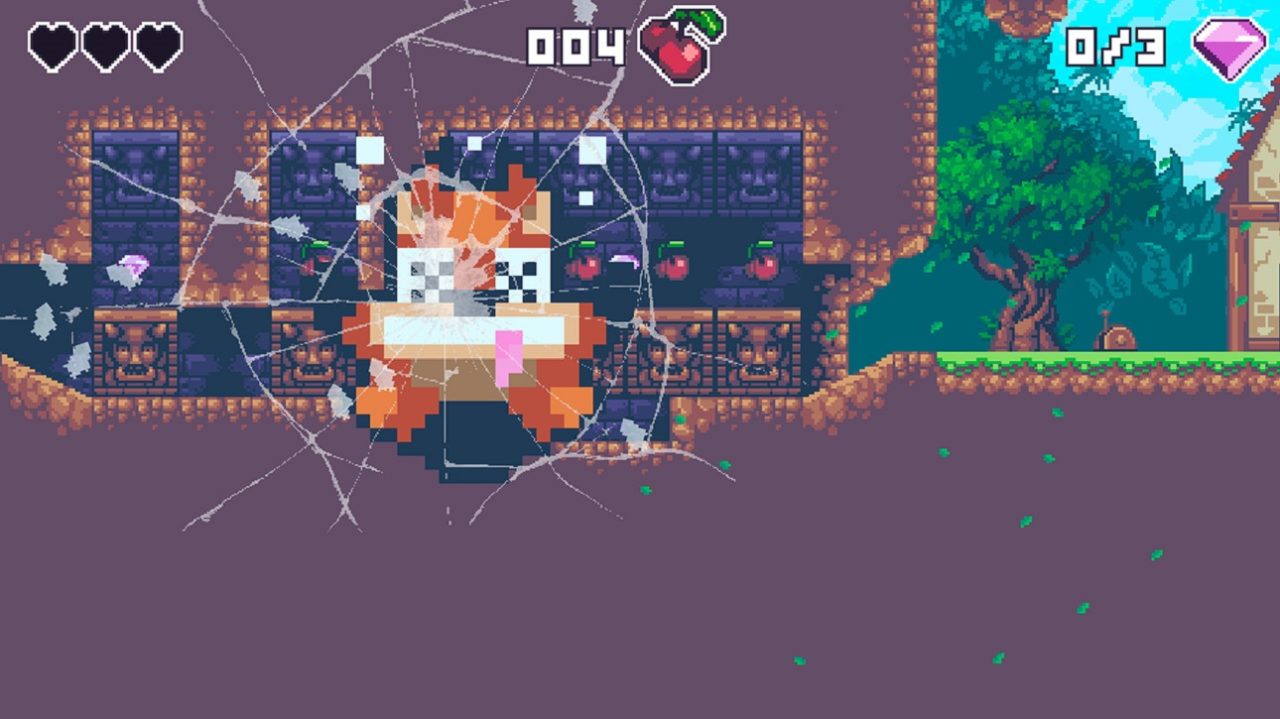 FoxyLand is a pretty forgettable platformer that ends before it’s able to pick up any sort of momentum. With the majority of its levels lasting less than a minute, you’ll beat the entire game in well under an hour. It feels more like a demo.

This indie is from the makers of the game Deep Space Rush. Like their prior release, FoxyLand can feel shallow and tedious, while lacking in diversity with just one environment. The pixel art has something of an unfinished look to it. There’s just one main de facto chiptune, reminiscent of an average NES game – I swear I’ve heard it before, but I can’t place where. When such a simple approach is taken to aesthetics, it’s necessary for what is included to be memorable. Sadly, such isn’t the case here, especially with these short levels.

The linear style has you jumping (or double jumping), while occasionally climbing or hitting levers. It all felt pretty routine to me, as I suspect it will to any who’ve played budget platformers on the Nintendo Switch. In an effort to make this a “dangerous journey” you’ll find some suspect hit detection and respawning enemies. The biggest issue is the camera, which often prevents you from viewing danger until you’re on top of it. All the same, FoxyLand is an especially easy game that won’t take you long at all to beat.

The familiar three-star setup is used to tempt replay. But, even though I only maxed on about a third of the levels, FoxyLand’s design is too uninspiring to encourage further play. The level of quality isn’t there. Unlockable costumes are overpriced and too small to leave much of a positive impact or encourage further replay.

Even though it’s markedly short, FoxyLand quickly grows repetitive. Basic equals dull in this case. Even at $3.99 (on sale) it feels overpriced compared to comparable experiences on the Nintendo Switch. With nothing to make it stand out from other budget platformers, you can pass on this below-average game without much worry. Hopefully, the next BUG-Studio title that Ratalaika Games publishes will be better.

Even though it’s markedly short, FoxyLand quickly grows repetitive. Basic equals dull in this case. Even at $3.99 (on sale) it feels overpriced compared to comparable experiences on the Nintendo Switch. With nothing to make it stand out from other budget platformers, you can pass on this below-average game without much worry.