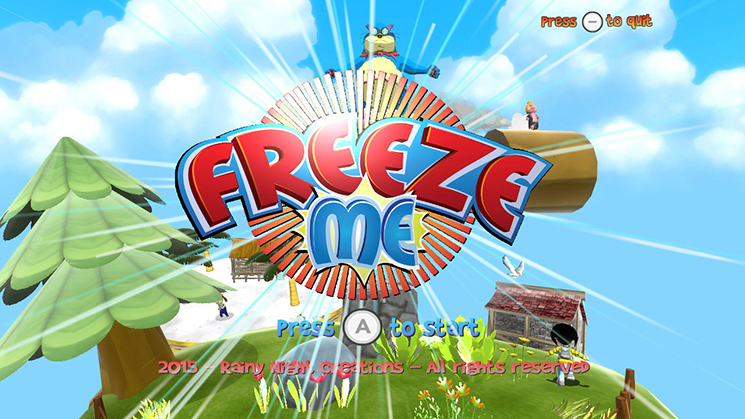 Do you ever miss the good ole 3D platforming days? The days when we would spend hours roaming around in Super Mario 64, Conkers Bad Fur Day, Banjo Kazooie and the many other classics we were lucky enough to play in the 90’s? Well I don’t know about you but I yearn for those days. Luckily indie game developers RNC have created ‘FreezeMe’, an experience that will scratch all of those nostalgic itches. 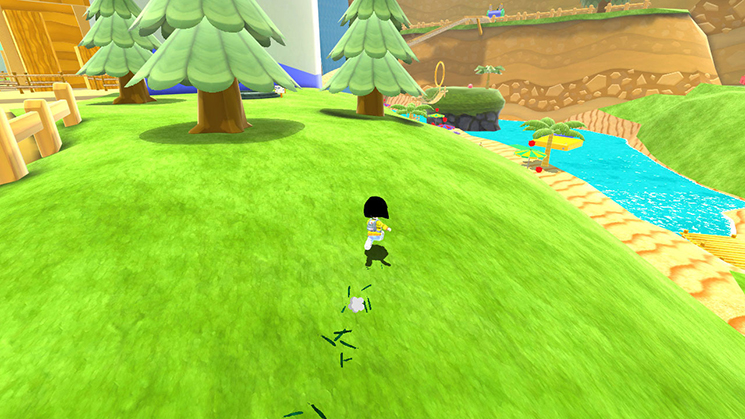 The story begins with a little girl named R and her canine friend M taking a walk, when all of the sudden they’re ambushed by “Fat Cat” (The Bowser-like antagonist in this game). Fueled by his desire for a dog free world Fat Cat kidnaps M and takes him through a time warp vortex “thingy”. So the courageous R must go to her friends rescue and defeat the pot-bellied feline. The story is short and sweet which lets you begin your adventure right away. Advice and quick tutorials are given as you progress through the game, which I prefer over a long drawn out process. But I will say it’s hard to get invested in the story and characters with such little background and information.

What’s unique about R is her “special” camera. By pointing the camera at an object or enemy you can freeze it in place. Which gives you the advantage to attack or gain access to a new area. It’s a pretty unique concept and is used a lot in terms of progressing through the game. ‘FreezeME’ supports the Gamepad, Pro controller and Wii remote so there’s a few different ways to play. There is also a multiplayer option that I didn’t get a chance to try out. One player can control R while the other controls her camera, so it’s like a co-op mode. 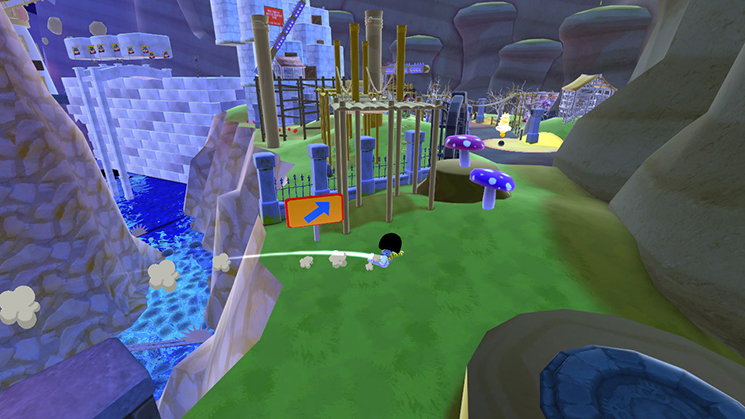 Not only does it look like a retro 3D platformer, it plays like one too. The game begins in a hub like area which gives you access to 4 different worlds. Only one is open to explore at first, but you can unlock the other 3 later on after collecting a specific number of golden cubes (like the gold stars in Super Mario 64). There are 10 golden cubes in each world. In order to obtain them you must complete various challenges like racing, collecting objects, solving puzzles and boss battles. There are also a few bonus levels and mini games that unlock in the hub area as you progress. 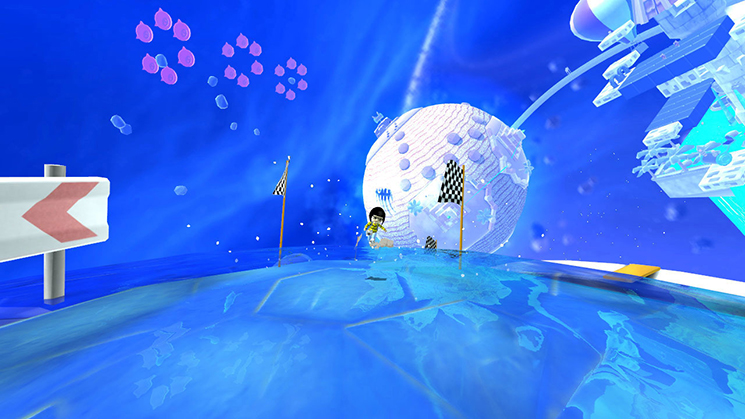 At times I felt that the 4 areas you can visit were really big. This would normally be a positive but I couldn’t help notice a lot of wasted space. There are big open areas that are almost blank or places behind walls that hide absolutely nothing. I think the time and space spent on these parts of the game would have been better utilized creating more areas to explore. Not to say there isn’t plenty of content, it’s definitely going to take some time if you want 100% completion.

I did come across a few rough spots and glitches throughout my adventure. Nothing that ruins the game or prevents you from finishing, just stuff that makes you want to throw your controller. Sometimes R wouldn’t jump the way she was suppose to. Like she just didn’t feel like it, causing me to fall off ledges and backtrack a little. Another problem I had was the games camera angles. The right joystick moves the camera around, and every time I would get it where I needed it the camera would move and usually block my view or move in too close to R. It was my least favorite part of this game. 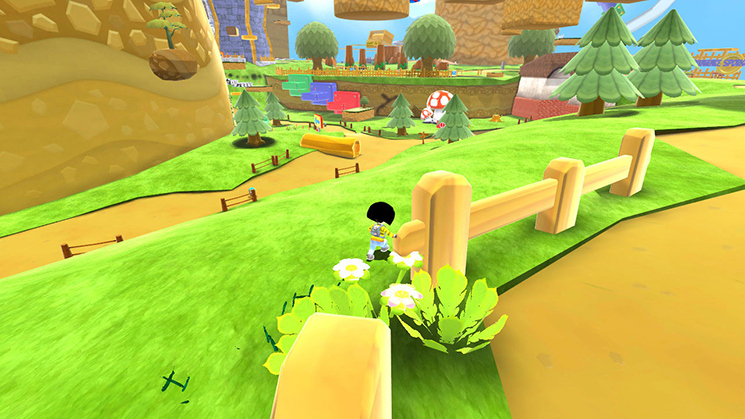 Visually I really enjoyed FreezeME. It’s a charming colorful adventure. While the graphics have that retro Nintendo 64 look that gives it a fun nostalgic feeling, there is also a smooth cell shaded effect that really looks great on the Wii U. The music and sound effects were just as fun. It seems there were also heavy influences from past 3D platformers involved in the soundtrack as well. As far as the sound and graphics go, I think FreezeMe did a great job of taking us back to the 90’s while still having it’s own original style.

Overall FreezeMe is a great attempt at a modern platformer with a retro feel. Especially for the size of the very small team that created it (pretty much one guy!). If you’ve been craving an experience like this lately then I highly recommend checking it out. You will run into some frustrating bugs but I honestly think it’s worth a shot. However, I can see this going on sale soon so you may want to hold out for that. Until then you can download it now on the WiiU eshop for $13.99.

While FreezeMe is not the epic game is could have been it is a great attempt and a first of its kind on the eshop. I think a lot of people will get at least a little enjoyment out of it, even if it’s just those warm, fuzzy, nostalgic feelings. The game is a little buggy but nothing too bad. Check it out if you’re a fan of 3D platformers.