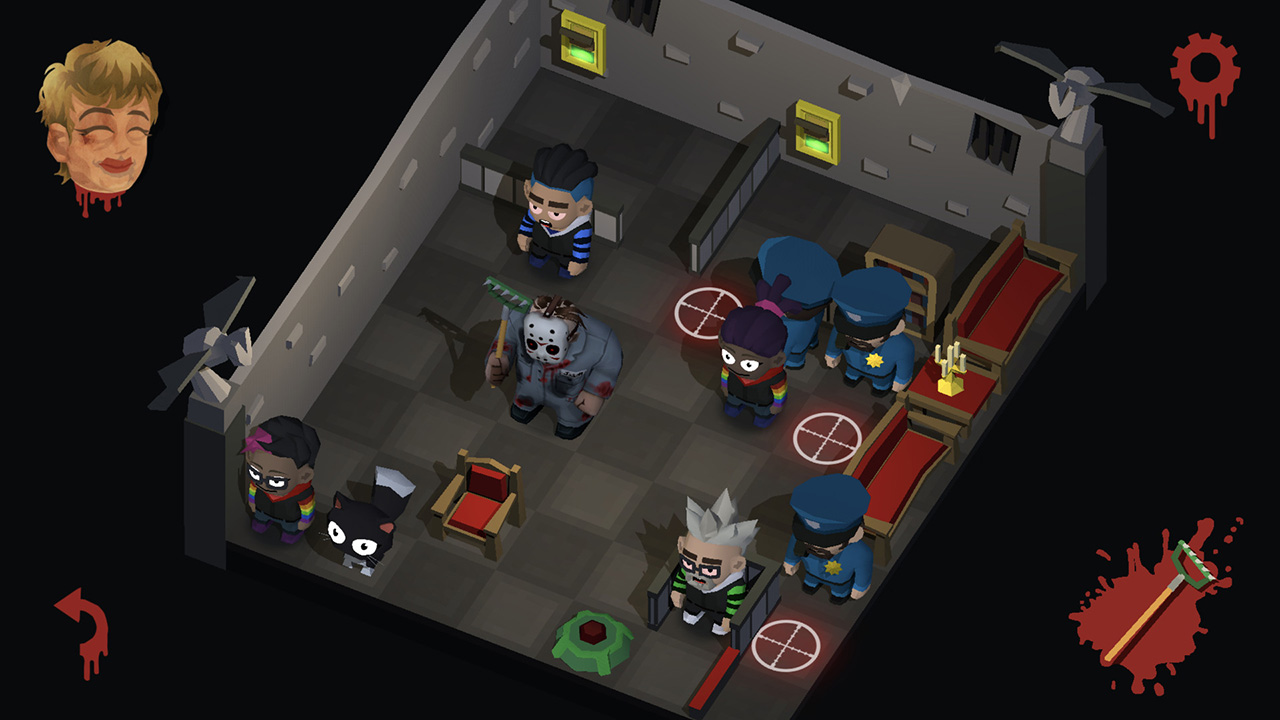 Friday the 13th: Killer Puzzle is a simple game, but it definitely captures the essence of the franchise it is inspired by. It is gruesome and gory and the blood splatter is ultimately the main draw.

It is a basic puzzle game that is really easy to pick up. You play as Jason, the famously brutal murderer at the centre of the Friday the 13th series, but not as a particularly terrifying version of the horror icon. Instead, you are a 3D sprite that is almost cute in its design.

Each level presents you with a different platform that you slide around in such a way that you can attack and kill all the other characters that appear. Some will fight back – there are cops that will get you if you land on the square in front of them and guards that can shoot you as long as you are in their line of sight. 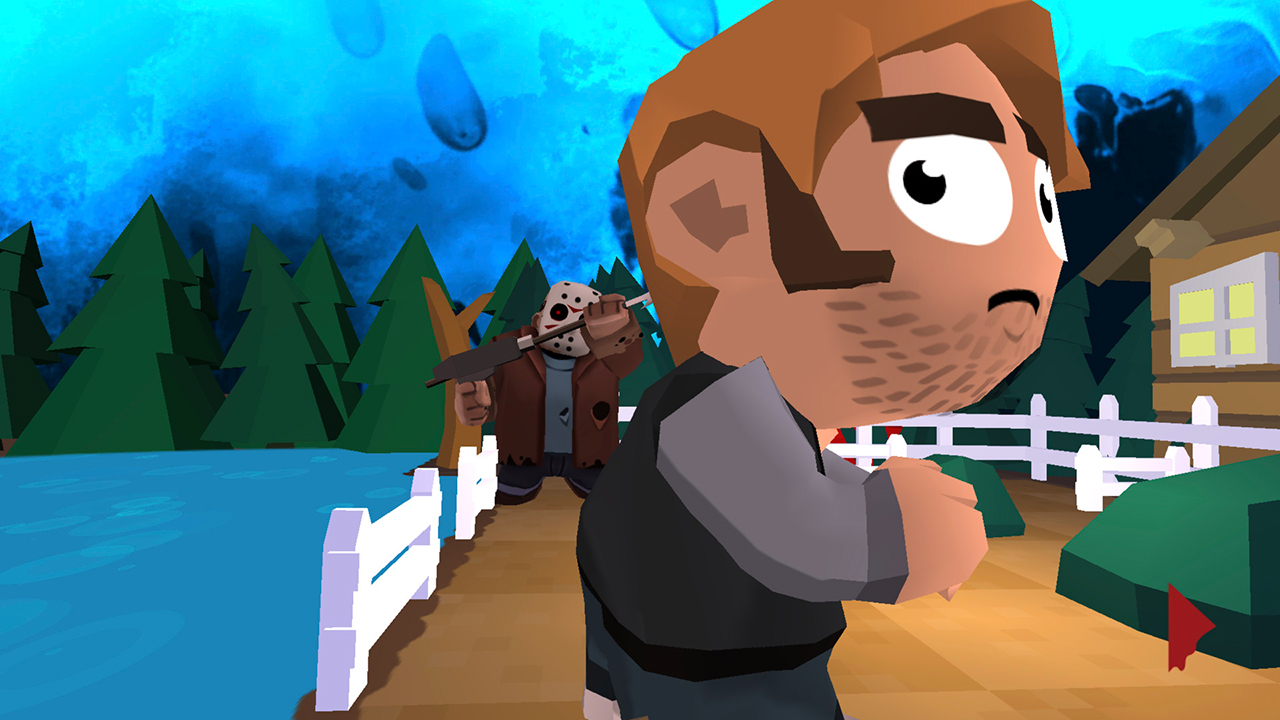 You have to figure out the right way to slide from place to place through each platform in such a way that you will be able to kill all your targets without hurting yourself. As well as slaughtering them yourself, you can also chase people into traps, fires, and lakes that will kill them in more creative ways. You have to be careful, though, as these can also kill you if you slide into them by accident.

At any point, you can reverse a turn or start over from the beginning. There aren’t really any consequences for taking too long or needing to repeat a stage however many times you need. If you’re really having trouble, you can ask for a hint from your mother’s severed head. These hints are usually quite well written. They don’t tell you exactly what to do, they just point you in the right direction, so you still need to put some thought into it.

The game isn’t especially difficult and it’s easy enough to slash your way fairly quickly through the first few levels. With each new stage you pass, you unlock new weapons and locations as well as more challenging levels. 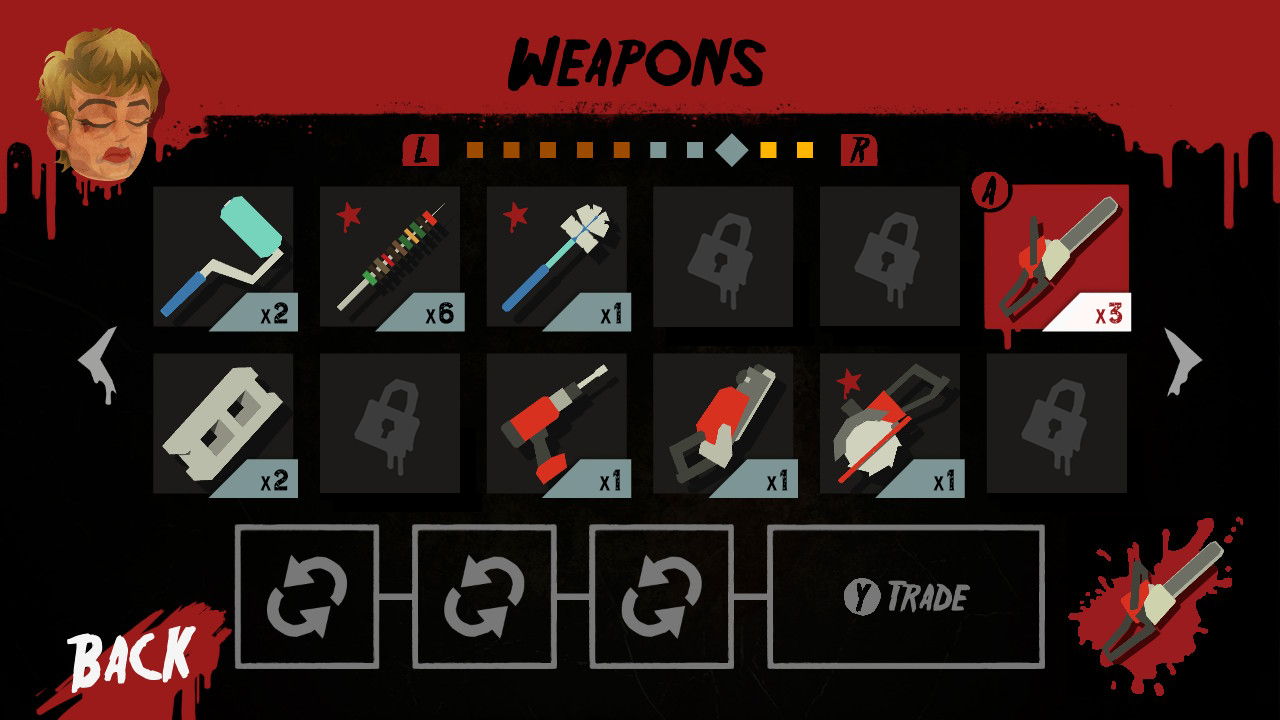 The vast amount of unlockable content is the main motivator to keep playing, as there isn’t must of a story to the game. There is also a ‘Daily Death’ option, which gives you a unique new puzzle each day to keep you coming back once you’ve powered through the whole game.

Much like its movie counterparts, Friday the 13th: Killer Puzzle is primarily centred about the deaths. Blood splatters and skeletons collapse on the floor. When you reach your final target each time, you are treated to a brutal cutscene that shows Jason destroying them in a way that is made even more entertaining by the cuteness of the characters.

Friday the 13th: Killer Puzzle has a dark sense of humour – again, much like it’s big screen predecessors. It gives you a chance to step into the shoes of an iconic villain and use some basic problem-solving skills to unleash a massacre.

Friday the 13th: Killer Puzzle is not a game that takes itself especially seriously, but it does everything it promises to, in terms of both puzzles and carnage.