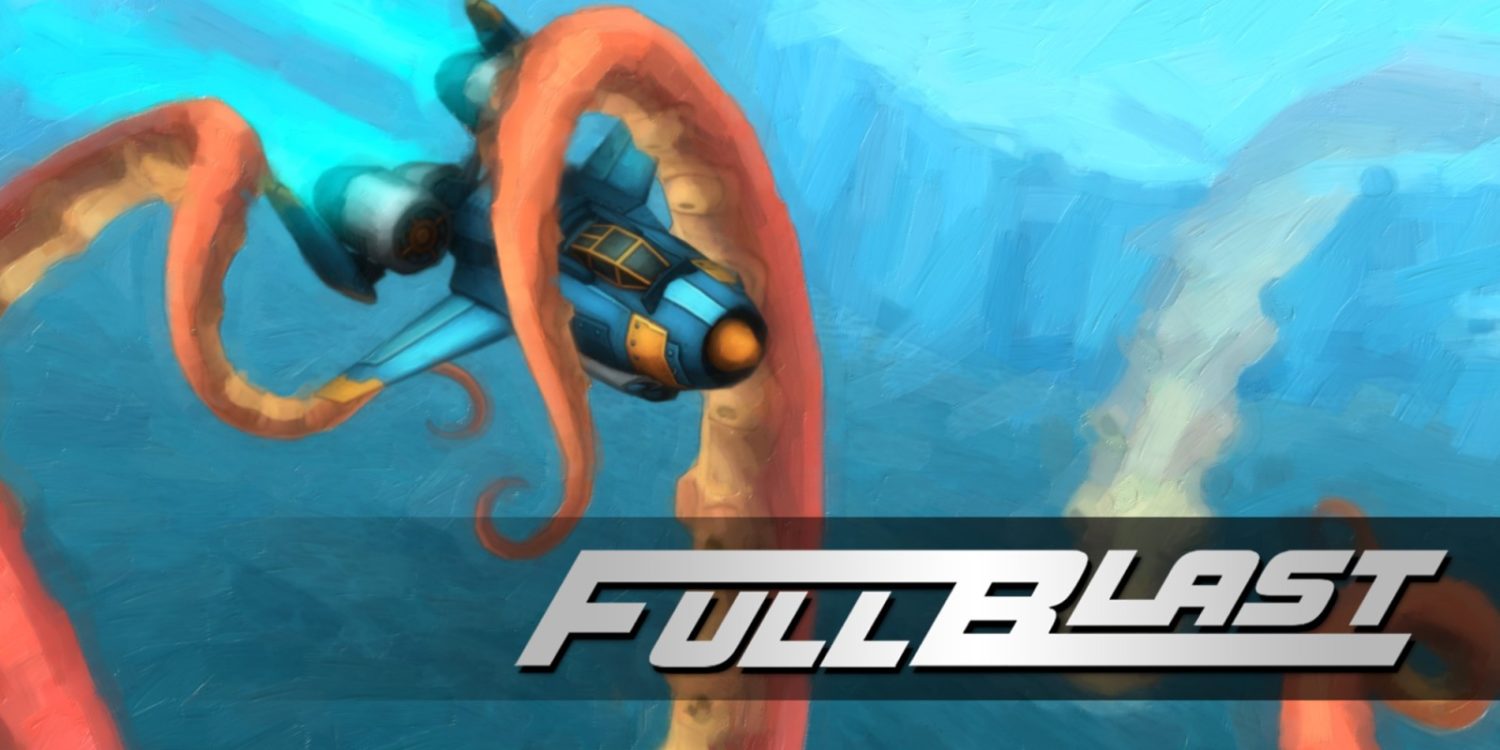 FullBlast is a retro-style arcade shooter developed by UFO Crash Games. It’s a fast and furious ride to protect the Earth from an alien onslaught, complete with a heavy metal soundtrack. There’s no shortage of shooters out there, so how does this one fare?

My first impression of FullBlast is positive, with nice, clean graphics reminiscent of 90s-era shooters. The menu is clean and the game loads quickly, presenting a fast-paced shooter that suits gaming on the go very well. It also looks pretty neat on the big screen too, with comic-like graphics, even to the point of displaying “boom” when enemies explode. 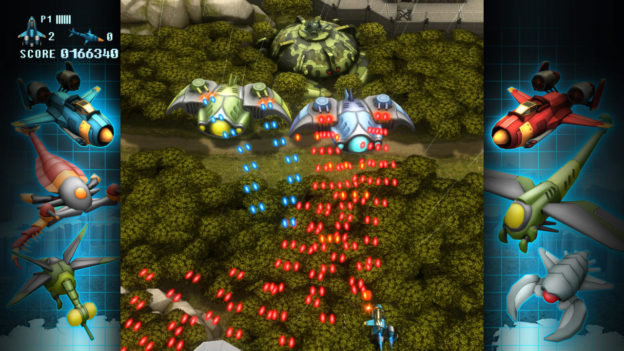 The story follows an ace pilot during some kind of alien invasion. There are lots of exclamation marks in the on-screen text, and each mission ends with the same spiel about the coordinates to the next location, but it’s all good, kitsch fun. There are several environments to plough your way through, with 12 missions overall. You’ll start in a city, followed by open fields, and finally a few sea-based areas. These final areas are a little trickier due to the blue color of the ocean beneath you, which makes spotting blue bullets zinging your way more difficult. I’m not sure if that was a mistake or a deliberate design choice.

Fullblast has a few options in store, including three difficulty levels. Like most shooters, it can be difficult at times, though it isn’t as frustrating as some others I’ve played, and I was able to finish it on normal mode within a few hours. It helps that you can replay from any completed mission. Your plane is also pretty robust, with a shield that depletes with each hit. You’re only given two lives though, so it can be over quickly if you’re not careful. 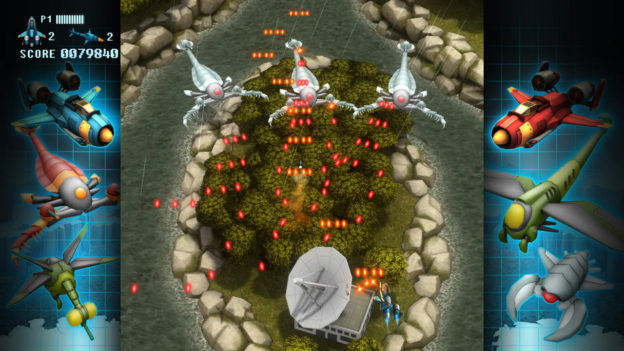 Also like most shooters, there are plenty of power-ups to collect along the way. These are mostly temporary upgrades, like double score, extra shield, or quick fire, which only last a short time. Some power-ups are rarer, such as health refills or extra lives. There are even power-downs, like slowing your fire, which add a little diversity to the game. Naturally, you can upgrade your weapons too, though these are permanent upgrades with unlimited ammo.

There’s some incentive for replay, namely leaderboards and achievements. Leaderboards are local and online, so you can compare yourself or anyone using your Switch with the world (I’m currently 29th). The achievements are a great idea, but sadly it’s not implemented well – you can’t see what you did to unlock them or how to unlock any remaining achievements. I’d happily play again to complete the set if it was clearly explained! 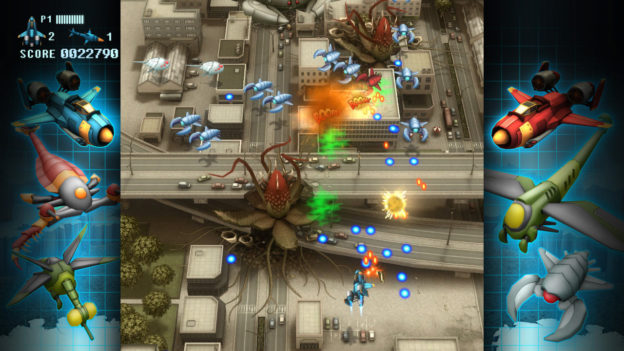 Gameplay is fairly standard shooting affair – hold the trigger, shoot as many bad guys as you can while avoiding bullets. Boss battles are a particular highlight, with more interesting and difficult enemies. There’s also a two-player co-op mode, which adds to the fun of taking down alien scum.

The audio is basically the same rock soundtrack all the way through, but it’s easily muted if it’s not to your tastes. It adds a little to the retro 90s theme, and to the sense of urgency in defeating aliens. It’s a little repetitive, but I didn’t hate it. 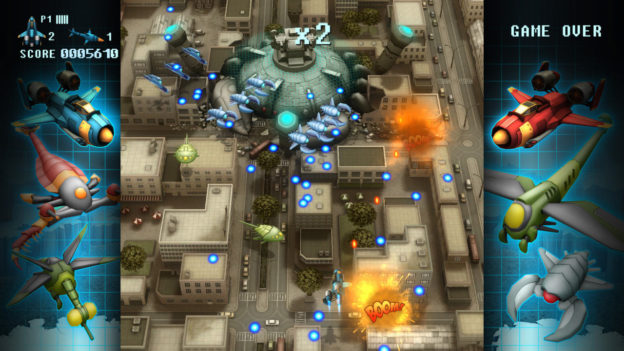 Overall, FullBlast is a classic arcade shooter with some solid gameplay that will keep fans occupied for a few hours. It’s tough in parts, with a few minor add-ons to promote replay. At $5.99, it’s a good price though, making it worth your time if you’re looking for some quick shooting action.

There are many shooters out there, but this budget title is a “blast” for some quick alien-blasting fun on the go. With a few more options and levels, it could be fantastic, but it’s worth having a go if your trigger fingers are itching for some old-fashioned blasting action.