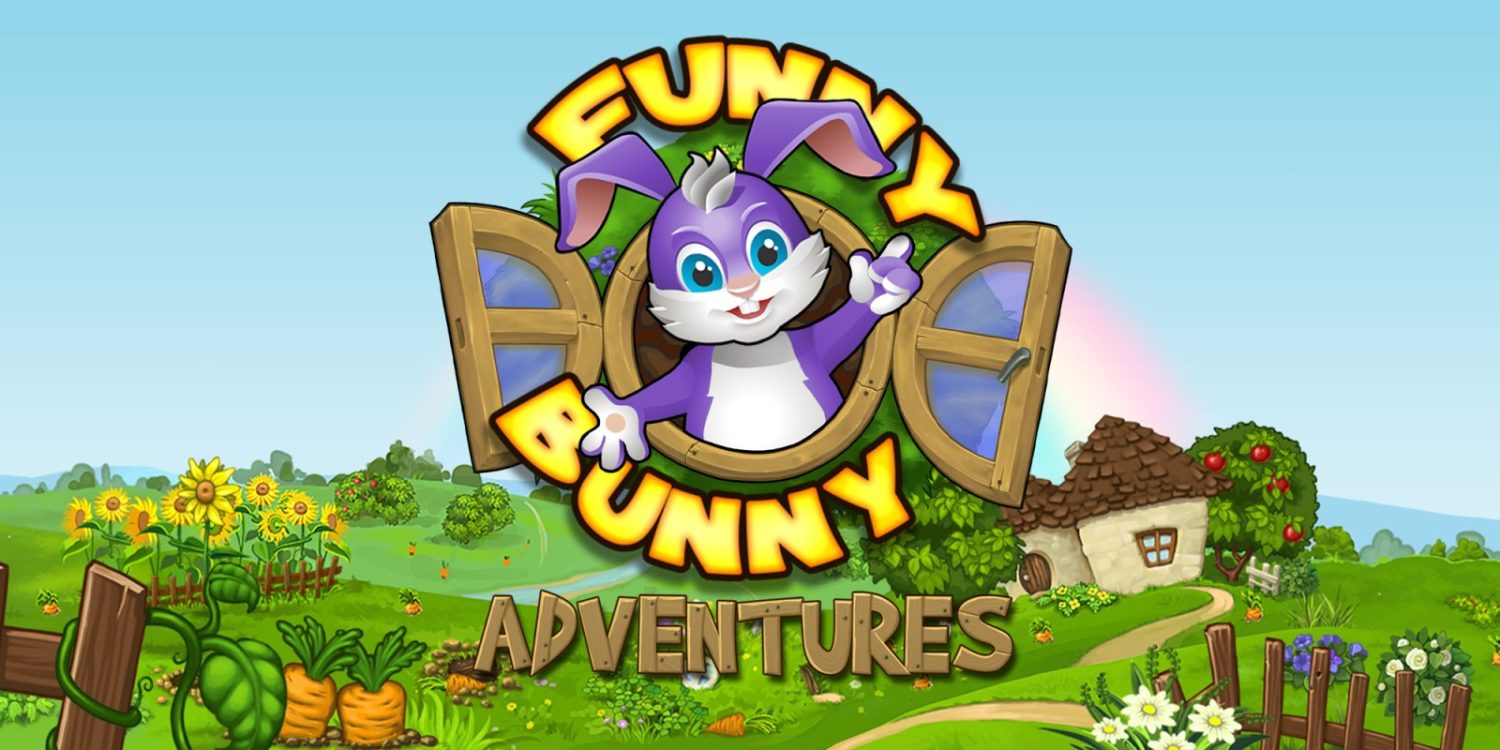 Funny Bunny Adventure looks on the surface like a run of the mill kids game. However, with a little time invested players can see it’s a bit more than that. So, sit back, grab a carrot, and read on to see what makes this game a little bit more special.

Funny Bunny lives with his family in Fairyland. As his family is preparing for winter, a heavy rain destroys most of the carrots his family planted. Unfortunately, the remaining carrots won’t be enough to feed his family for winter. With his family worried about what they’re going to do, Funny decides to set out on a search to find more carrots. When he finds the crop, he doesn’t know they belong to an evil witch who decides to get them back.

Levels of maps are divided into squares. Each square is a different place Funny can hop. Within each square is a different type of plant. Squares with bushes or overgrown grass you can use to hide, whereas the squares with the cut grass are used to plant carrots. Players must plant carrots in all the available spaces, then the carrots grow. Once they all have grown, you just hop back over the carrots to harvest them. This all sounds simple enough, but during that time you must avoid the witch who’s trying to stop Funny. The further you advance the more obstacles there are to avoid, such as dogs that chase funny. If you get caught by a dog or the witch you lose a life. 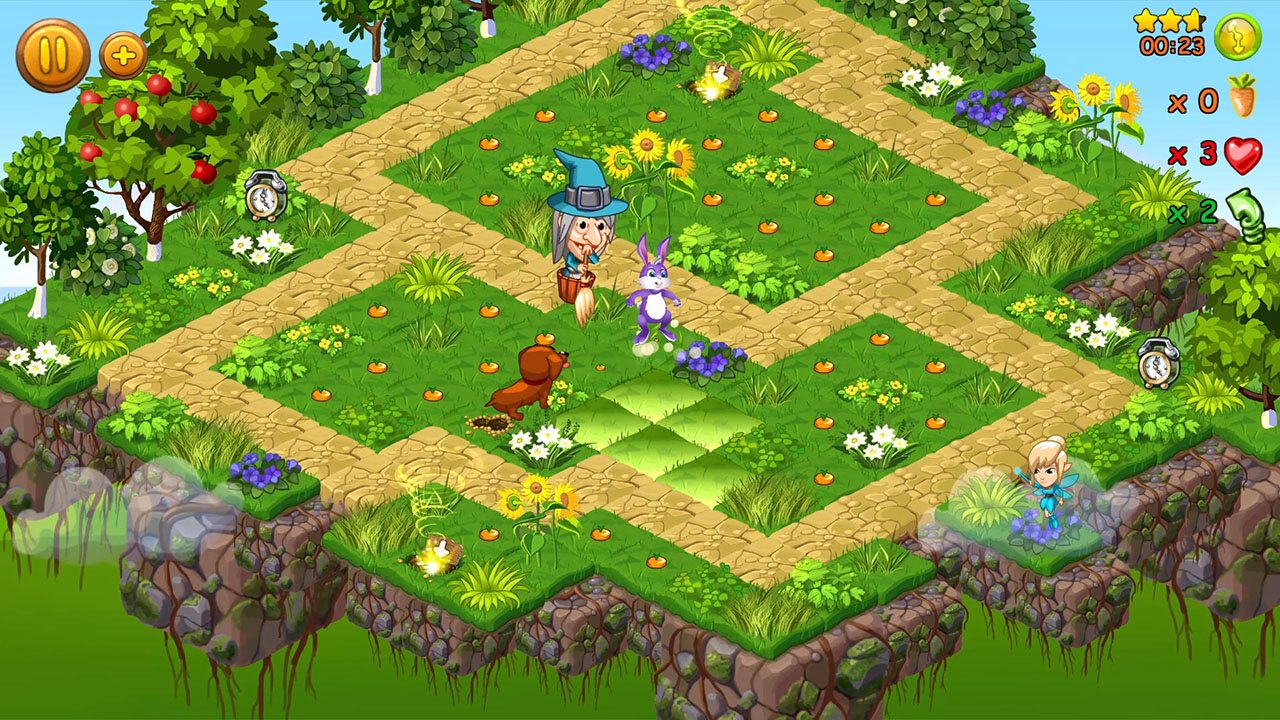 Levels are scored in terms of stars, and up to three stars can be awarded. Earning the star is based on lives lost, the number of moves it takes to complete, and time to complete. If you earn all three stars in the level you unlock a special bonus stage which gives you the opportunity to make purchases for upgrades.

The second type of bonus stage is also available on some levels. If you see a fairy on the level, hopping up to her will give you a bonus stage. In the fairy bonus stage players tap on fruits and vegetables that are aligned in sets of three or more according to what is being asked on the left-hand side of the screen before time runs out. Playing the bonus stage will unlock more carrots to be spent on upgrades. 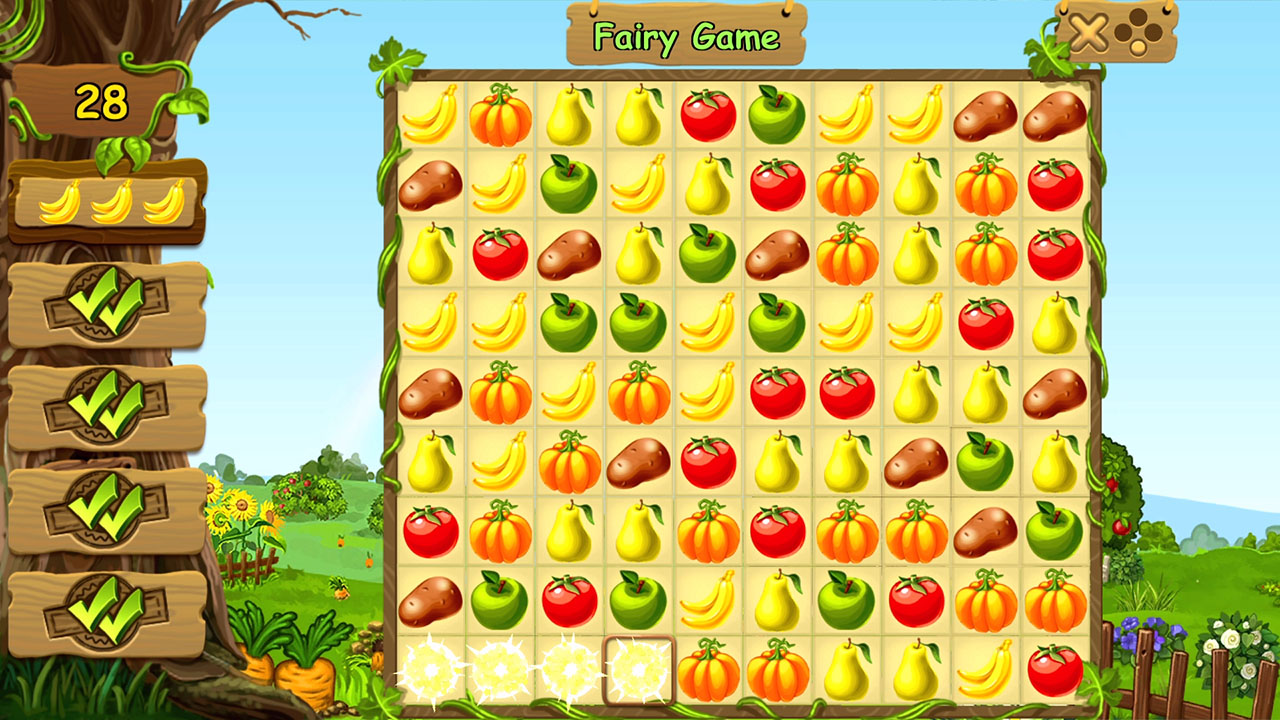 As levels are completed you can upgrade Funny Bunny for the cost of some carrots. The upgrades consist of the speed of Funny as well as hop numbers. Hops are a move that Funny can use to avoid an incoming enemy. I found the upgrade system an interesting addition because many games with a similar style lack the option.

Controls are rather simple as well. You can use the D-pad or the touch screen to move. I found the touch controls to be easier especially on bonus stages. 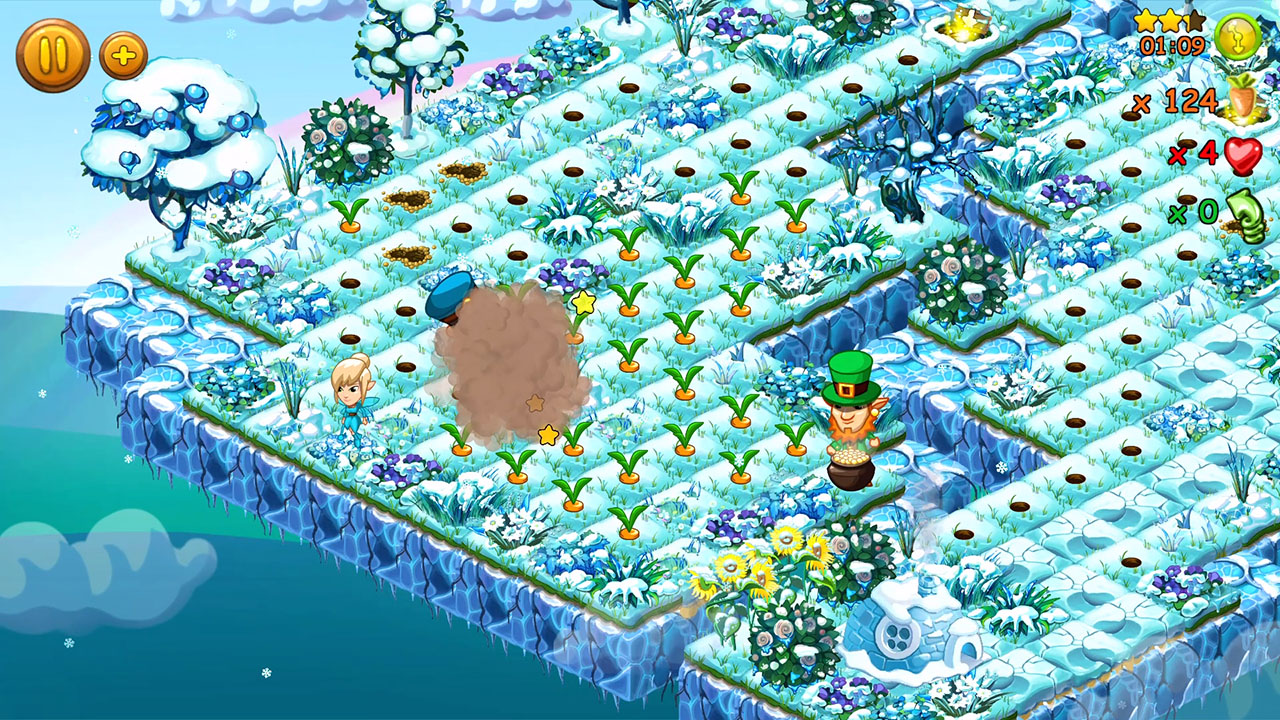