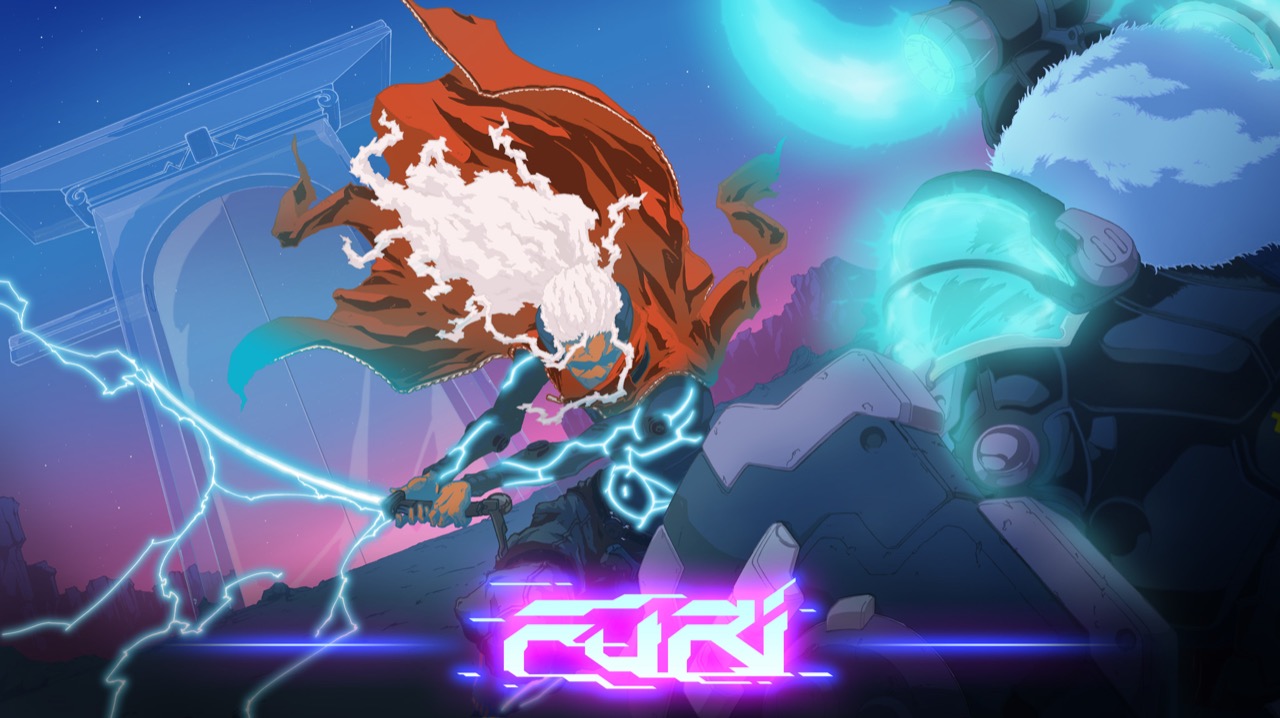 Furi is an action / shoot’em up with a great art style and challenging boss battles. Let’s see how the game has translated to the Nintendo Switch version.

Furi starts off with your character in a prison cell. A strange figure with a rabbit costume shows up and sets you free (he actually looks like Ravio from A Link Between Worlds). From there, players will have to make their way through the prison while taking on ten different bosses. All the characters (except the main character) in the game are fully voiced with subtitles as well. The voice acting is decent enough, but it can get repetitive quickly if the boss you are fighting is particularly difficult. You may end up hearing the same line over and over each time you attempt to knock the boss’ health down a notch. The story is mostly narrated to you through the rabbit-costumed character as you traverse the world.

Speaking of traversal, there really isn’t anything to explore–you basically just hold the joystick in a given direction to walk your character to the next arena (or opt to press the ‘B’ button which walks your character to the next boss automatically–the preferred route in my opinion). You might ask, ‘why even have those sequences in the game?’ and my answer would be that they act almost like cutscenes which allow the developers to do some unique camera shots/angles. The art style really is pleasing and these sequences showcase it very well.

The core gameplay in Furi is all about combat. More specifically, you will only be fighting boss-type enemies that feature many different phases to them. Some of these battles can be intense and last a long time depending on the difficulty setting. I chose the ‘normal’ difficulty at first but after the second boss, I dialed it back to the easy mode. I’m not the best at action games or twin-stick shooters, but I can get by. The one thing that frustrated me with Furi was I felt like there weren’t enough visual or auditory cues to help you succeed consistently in combat. It really required a lot of trial and error to figure out a particular pattern the boss was using in order to parry their attacks.

The basic controls allow the player to evade, parry, attack with a sword, or attack with a gun. Evading feels a lot like evading in Hyper Light Drifter where your character ‘blinks’ or turns into The Flash for a second to dodge an attack. It’s very cool when you execute the evade successfully and you can also chain them together. The parry was really the sticking point for me as the patterns changed quite often in battle and I either parried too soon or too late. Other players may not have the same issue and you can most certainly get used to the timing, but it felt like it required a little too much trial and error. The ‘reward’ for actually beating a boss was one of relief instead of satisfaction in most cases. 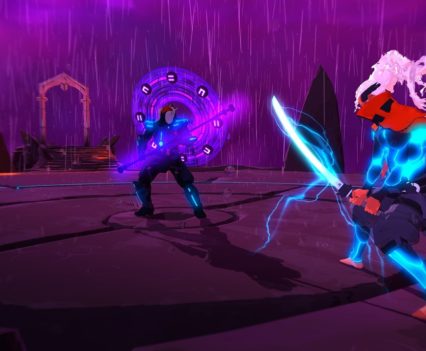 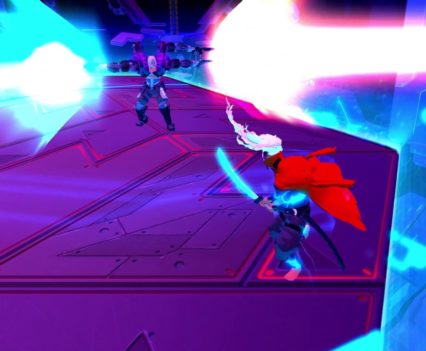 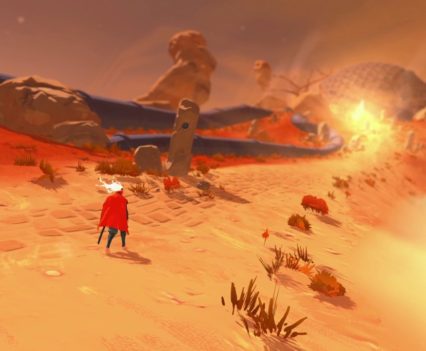 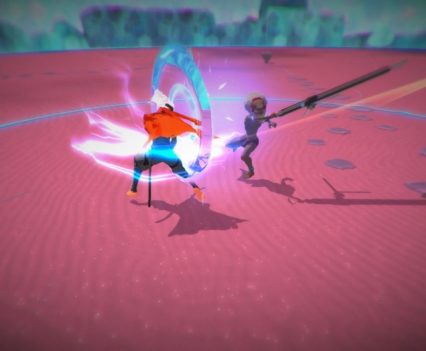 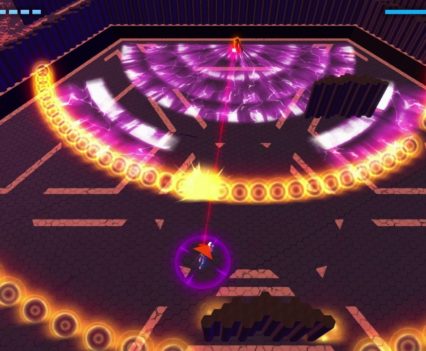 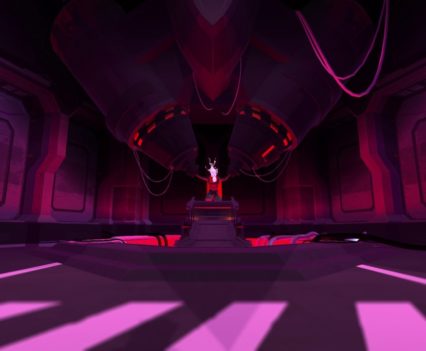 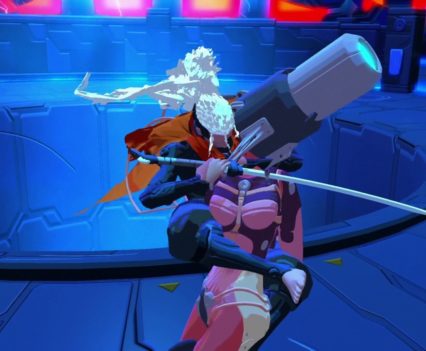 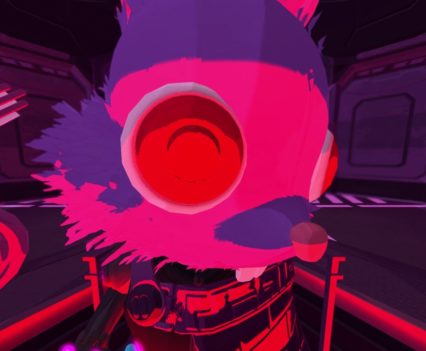 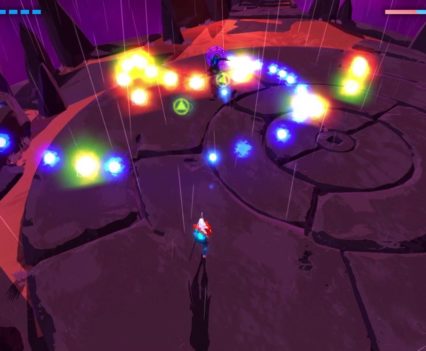 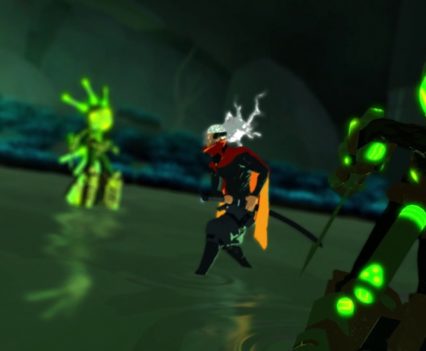 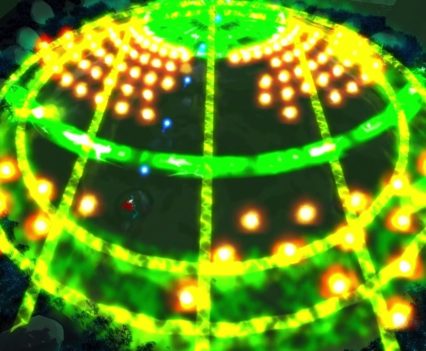 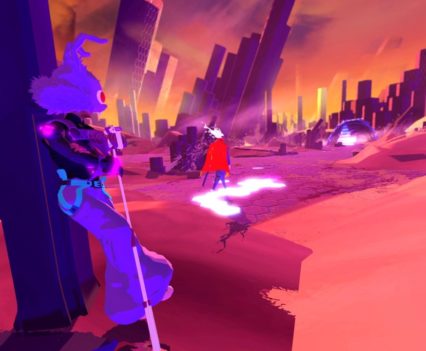 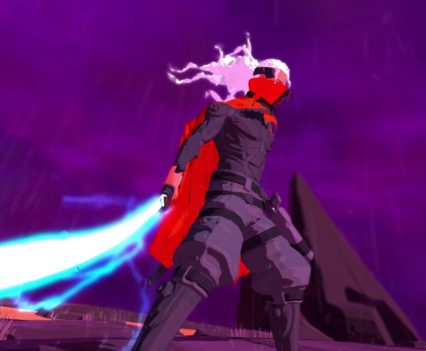 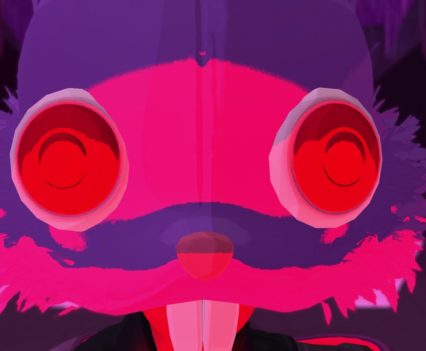 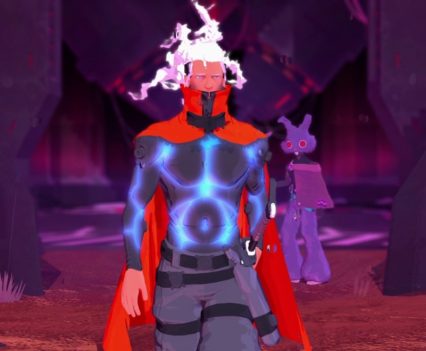 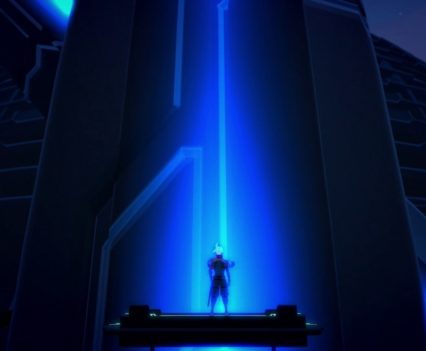 The gameplay is still a lot of fun and I think players will enjoy the combat. The other area besides the visuals that really shined in this game was the music. I really enjoyed the arrangements for each boss battle. There was the right sense of tone to the tracks that made the battles feel really engaging despite my combat deficiencies.