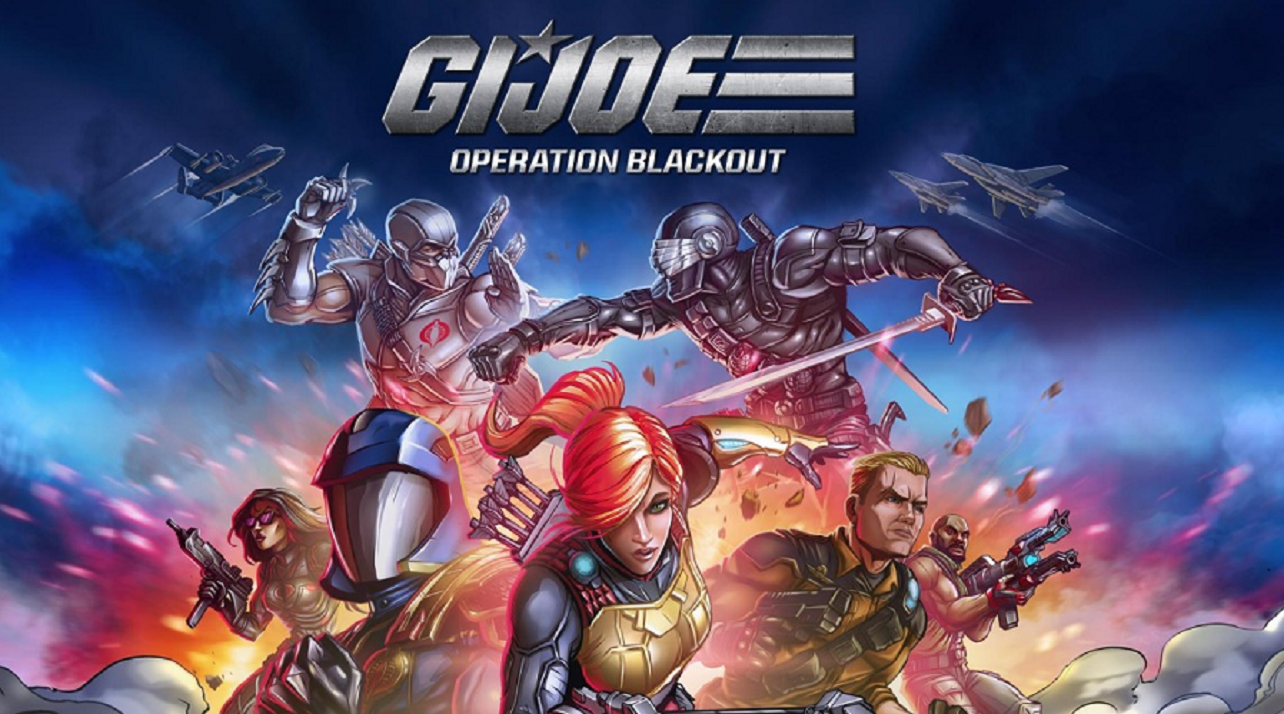 Come children and let me tell you a story of ancient times. Harken back to the 1980s when G.I. Joe and Transformers ruled the cartoon nation (when the term “Yo Joe!” didn’t sound absolutely stupid to your ears). Yes, folks, G.I. Joe comes to the Switch with Operation Blackout, a third-person shooter along the lines of every other third-person shooter. This title is packed with all the bad voice acting you could ever want, almost as bad as Resident Evil 1 -“Jill, don’t open that door!”

All puns aside, Operation Blackout is a solid title with fun cel-shaded models that look like the old cartoon I loved as a kid but now make me cringe when I hear Yo Joe! Bringing this series to the present and making it relevant this way seems the most likely direction to go. The game gives you control of some of the most iconic characters from the series, each with their own strengths and weaknesses. But one of the things that makes this fun is the fact they’re mixed with plot lines. One mission might be a Joe mission or a Cobra one, giving the player a chance to see both sides’ stories. It’s littered with cutscenes in a comic book-like art style with voiceovers, tying each mission and plotline together, something I wish they’d done differently as I would’ve loved to see them animated. The story is pretty cut and dry, Cobra has taken over the world, and it’s the Joes’ mission to set things right.

The gameplay is like any other TPS with twin-stick controls, one for movement and the other to aim. There is a sight feature for quick aiming, but your reticle needs to be close to the target, and it only holds for a second. Aiming with the right stick is tedious. It’s very sensitive, and the slightest movement can have your reticle 90 degrees from where you wanted to aim, ugh. After a few hours of gameplay, I was fairly used to it and had somewhat of a handle on it. There are some vehicle missions as well, which I thought was pretty cool, and the controls are no different than moving the characters.

Using the Unreal engine was smart as actual gameplay is very smooth, and the Switch does excellent in keeping up, with no slow down or dropped frames that I could detect. In fact, even on action figure mode, aka infant easy, you would be surprised by the number of enemies and active background models moving at once on the screen; I had a hard time keeping up.

I was all excited when I noticed the team play feature. When I went to set it up and play online, my excitement drowned in disappointment as it’s local only with no netplay. You can have up to four people play. Sadly, I was denied the satisfaction of roasting someone because my only opponent was my wife, who declined to play at first. After some prodding, aka begging, she finally said ok for one round. Team mode allows you to choose your arena map and character with a two-player split-screen top and bottom and (I’ll assume) four-player splitting it four ways. I could see where this could be entertaining provided you had four friends, Joy-Cons, and a large TV. Sadly with the effects of Covid still affecting our communities, I could not really enjoy the multiplayer feature. Again I stress that an online option would have made this title far more interesting.

Overall I think G.I. Joe Operation Blackout is decent but will quickly fall into obscurity with the abundance of better quality third-person shooters on modern consoles. In my opinion, the diehard genre fans won’t give much thought to this without online gameplay. In truth, this game will mostly appeal to a limited niche, mainly GI-Joe fans.

Overall I think G.I. Joe Operation Blackout is decent but will quickly fall into obscurity with the abundance of better quality third-person shooters on modern consoles. In my opinion, the diehard genre fans won’t give much thought to this without online gameplay. In truth, this game will mostly appeal to a limited niche, mainly GI-Joe fans.