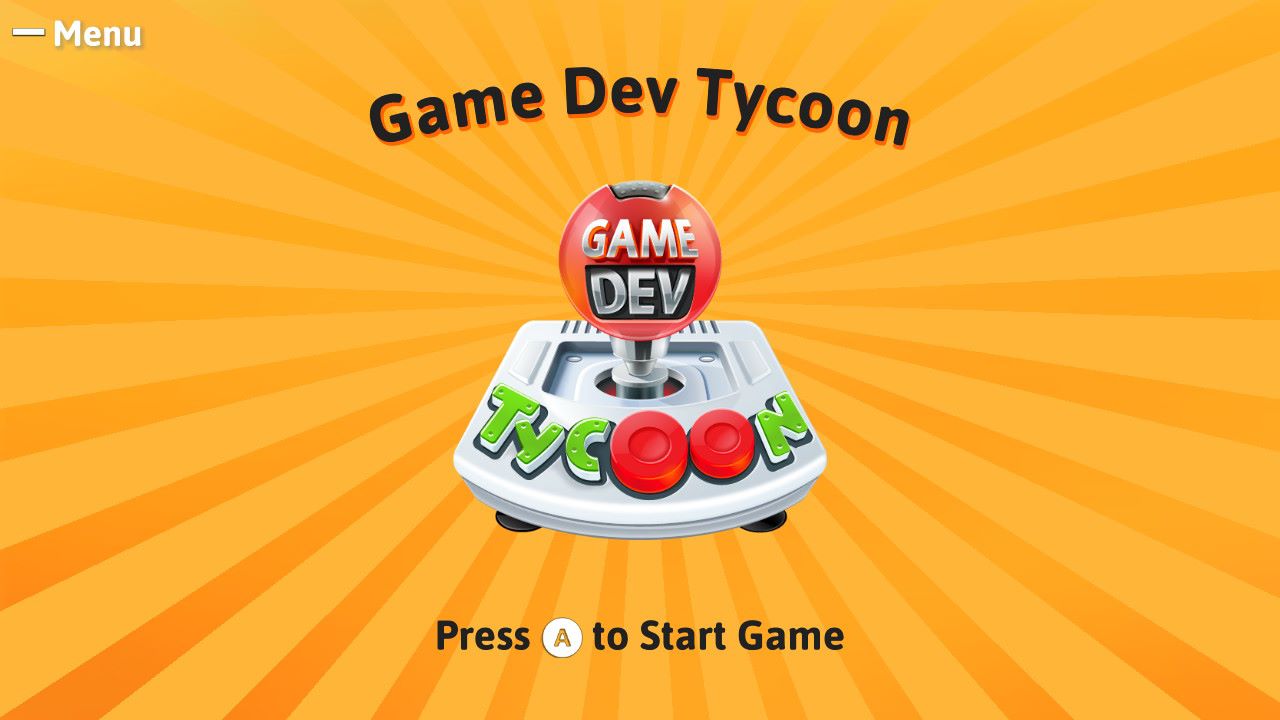 Game Dev Tycoon is a business simulation game from Greenheart Games. You play as a game developer making the best video games ever. Previously available for PC and mobile, Game Dev Tycoon is now on the Nintendo Switch. I’ve played it before on the other platforms and was eager to see it on my favorite console. 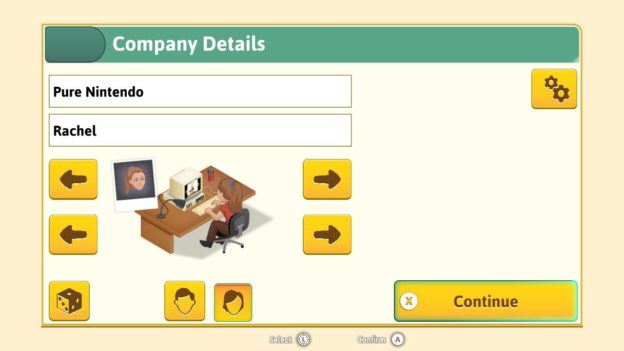 After choosing your avatar and your game studio’s name, you begin by sitting at a computer inside your garage. There’s not much for you to do except dive right in and make your first video game, which is a bit of a process since it’s the main point of the game.

Game Dev Tycoon is about 35 years long in-game. The weeks, shown simply as dots, go fast. There’s no real sense of time, but it will take your character a few weeks to create a game. As the years go by, news pop-ups will appear telling you about the industry—which genre is popular at the moment, as well as any gaming news. For example, “Ninvento” coming out with a new console called the “TES.” 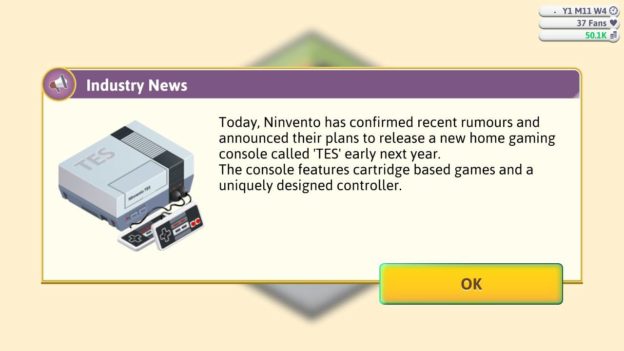 When creating a video game, you need to make a few decisions. First, you pick the topic of the game. You start with four, such as virtual pet, racing, fantasy, and so on. Then you pick a genre such as RPG, simulation, action, etc. Finally, you choose which platform to publish the game on. From then on, the game is created in three stages where you decide for how long you want your character to work on a specific piece such as the engine, world design, level design, sound, and more.

When the game is done, you can wait until your character gets all the bugs out and then finish it. Then you can decide whether you want to publish it or not. If you don’t publish it, the game will act as a practice run. You’ll still earn points for the things you did, and your character will gain experience. This helps in the long run with their knowledge and overall speed in completing these stages. 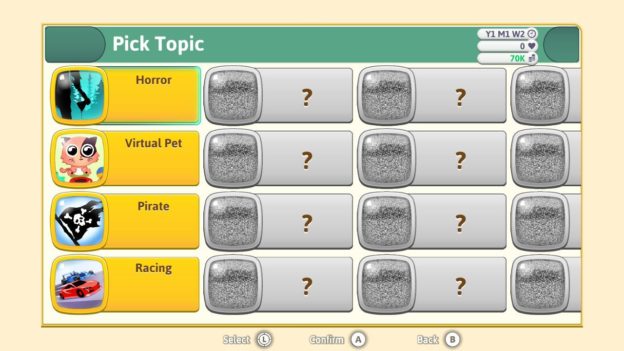 In the beginning, there isn’t much to choose from. As the game progresses, you’ll unlock new platforms. Research is just as important. You can research new game topics and new features for game engines (which you also create) from game tutorials and save your game to various sound and graphic levels.

Eventually, once you gain enough fans and make enough money, you can move out of your garage and get a studio. That’s when the game truly feels like it starts. You can start building a team by hiring employees, and at some point, you can create AAA games and even your console. 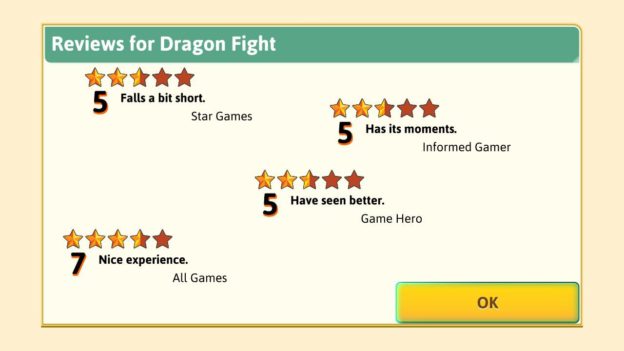 There’s little difference between the Switch version and the previous platforms it was released on. The gameplay is the same; there are no significant updates, and the controls are relatively similar. This game involves a lot of choosing and clicking the X-button. If you’re playing handheld mode, you can use the touch screen, which I often did.

Game Dev Tycoon isn’t just about making video games, though; there’s a lot more to it. It’s a business simulation, which means you need to manage your money and, eventually, your employees. Yes, that includes firing them if they’re not pulling their weight or if you can’t afford them anymore. Once a game is complete, you instantly get reviews, and then the game is on the market for a certain amount of time, making you either a lot of money or a little money. It depends on how good the reviews are. 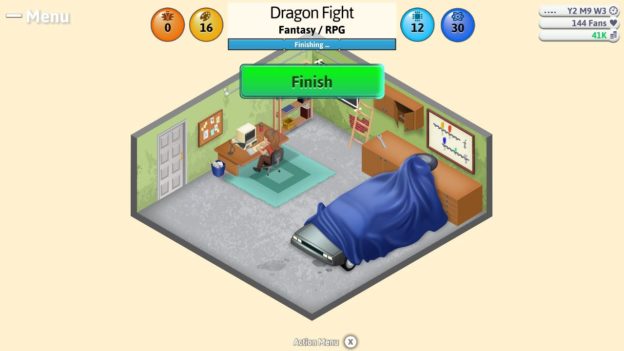 Your money is continuously being spent on research and your employee salaries. If you go bankrupt three times, it’s game over. This is surprisingly easy to do. The game has a lot of ups and downs. You’ll be doing great with a stretch of games, and then you’ll have one flop and find it hard to get your mojo back.

It’s all in good fun, though. Game Dev Tycoon is one of those simulation games that does it right. You don’t feel a pull from one mechanic over another. The money is relatively easy to manage, and it’s as easy to lose as it is to win. With well-balanced, smooth gameplay, you’ll find yourself sucked in for endless hours of gameplay.

Rachel is a writer and blogger who is an avid gamer. She's been playing video games for as long as she can remember often watching her older sister play before becoming taking up the controller as "Player Two." Lover of all things Nintendo, her favorite titles are Paper Mario, Pokemon, Animal Crossing, Luigi's Mansion, and the Legend of Zelda. She's currently attempting to learn D&D.
Top