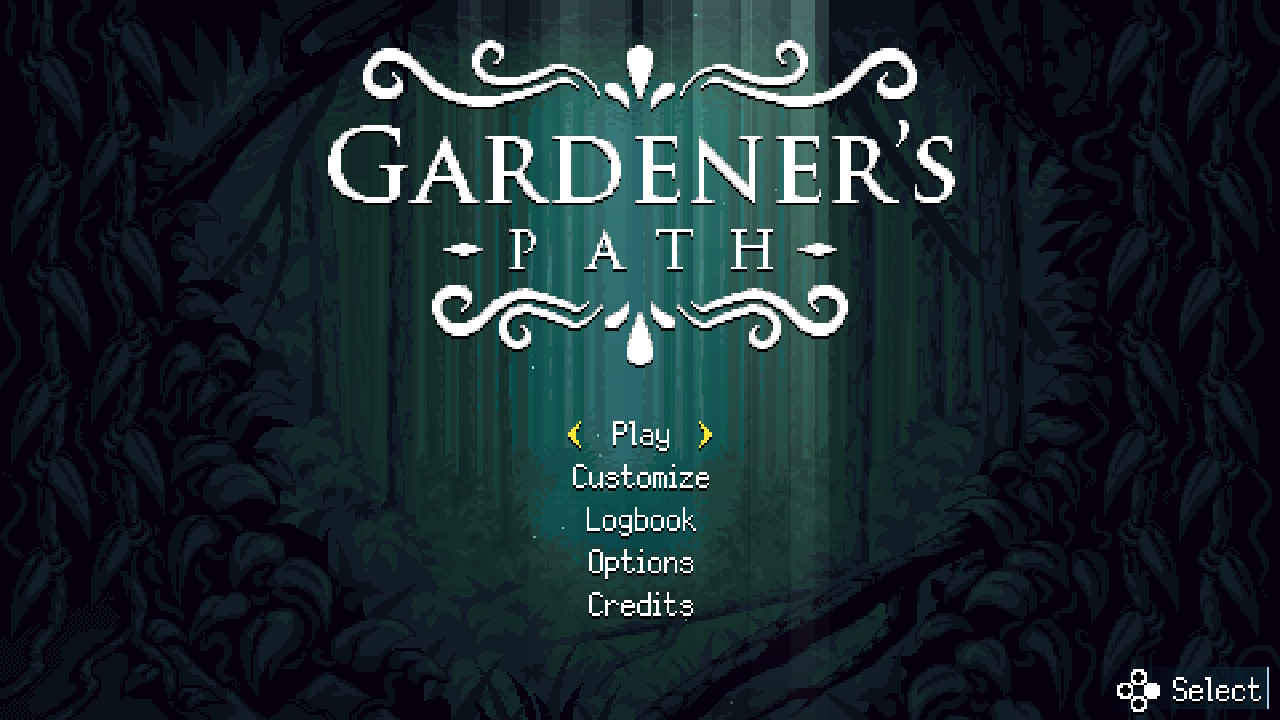 Gardener’s Path is a top-down turn-based puzzle game in 2D pixelized glory. This game is relatively simple for a puzzle game that tries to have a story. However, anyone interested in the puzzle genre can pick up and play this game. So, let’s see if the puzzles are challenging enough to hold your attention. 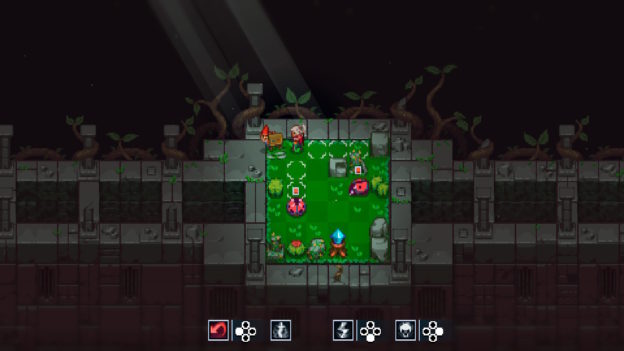 Gardener’s Path begins with a backstory. From what I gather, you’re protecting the garden from various pests and bugs. Unfortunately, I didn’t get the full story because while trying to make the text go faster, I hit “B,” which often makes text go faster, but instead, it skipped the whole story and brought me to the main menu. The next time I turned on the game, the story didn’t appear again. So, I played this game, not knowing why I was playing the game.

Regardless, the story didn’t seem to matter much. In Gardener’s Path, once you hit the play button on the main menu, a list of 60 levels appears. All of them are locked, except for the first level. As with most puzzle games, you need to complete the level before the locked ones or gather enough of something to move forward. 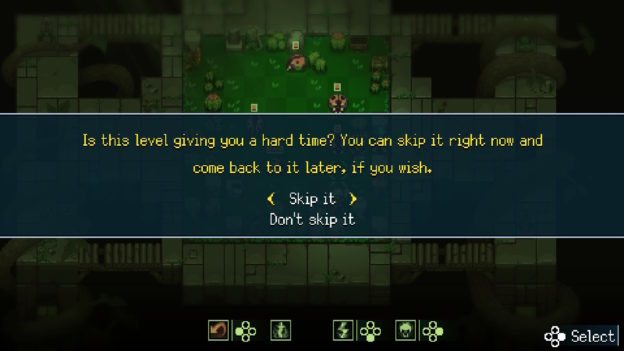 Gardener’s Path isn’t like that. You need to complete the puzzle before moving on to the next one, but there are no hints. However, if you spend many tries on the same puzzle, the game asks if you want to skip it. If you say yes, it moves you onto the next puzzle, no questions asked.

The puzzles remind me of those sliding puzzles where you need to move squares in the correct spot to create a picture. Each level is a top-down grid. Your character can only move in the four cardinal directions. No matter which direction you move, you’ll keep going until something stops you in your path. 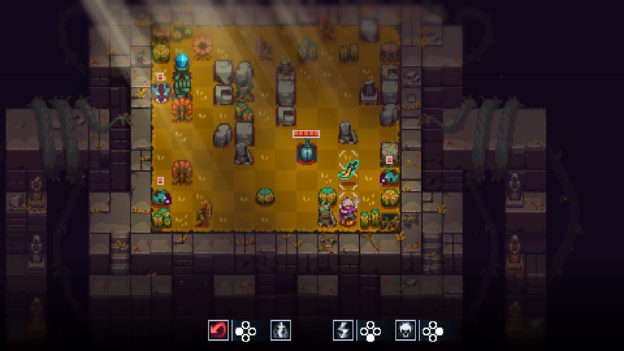 So, yes, there are obstacles in your path, such as a rock or the wall, to stop you. Running into a gnome will give you a hint, running into a bug will allow you to hit them. Some bugs have one HP, so one bump will get rid of them. Sometimes, they have more HP, so you’ll need to knock into them a couple of times. Often, if a bug has more than one HP, it means you’ll need to bump into them a few times to solve the puzzle. So, they’re there to help you in a way.

In addition, you’re in a garden so you can be sure there are plants in the way. Cacti will hurt you. If you run into one, you automatically lose. Luckily, there are no lives. You simply restart the puzzle from the beginning. Sunflowers, on the other hand, act as trampolines. Depending on the direction the sunflower is facing, you’ll bounce in that direction, being able to move more. 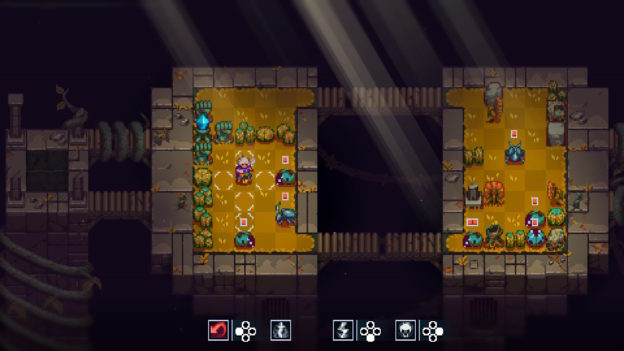 Each puzzle in Gardener’s Path gets a tad more complex, but the format is always the same. Since there are no hints, no timers, and you have unlimited lives (plus there’s a button to restart the level if you get stuck), there are no consequences to spending too much time on one level. However, the game itself isn’t too difficult at all. I got through the first 20 levels within a half-hour, a quarter of the game.

The pixel graphics are charming, and the music is chill enough. Since the puzzles aren’t frustrating, Gardener’s Path is a fun game to pick up and play once in a while. However, since the puzzles weren’t all that different from one another, I found myself losing interest. After getting through the first 20 levels, I turned the game off and returned to something else. I did beat the game, but it wasn’t in one sitting, and I spent about two hours on it total.

I did have fun with the game while it lasted, but I don’t know if I’ll personally play it again anytime soon. Luckily, the game is only $4.99, so if you enjoy puzzles and want something quick to play, Gardener’s Path is worth a look.

Gardener’s Path is a fun puzzle game if you’re looking to kill a couple of hours. The graphics and music are charming, and the controls are smooth. However, it might not hold your attention for long periods.