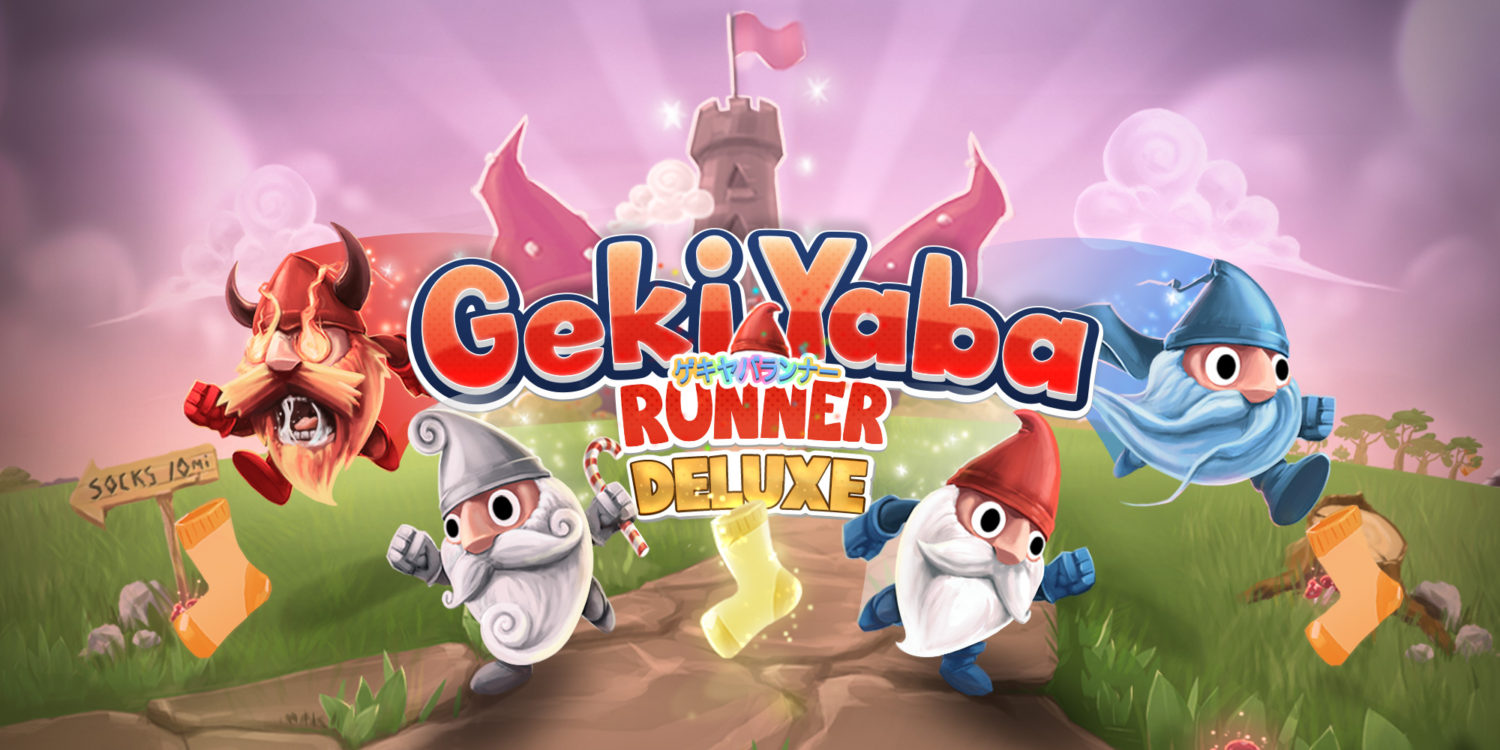 Geki Yaba Runner Deluxe is one of the fastest and most difficult runners I’ve ever played. It also has one of the oddest names I’ve come across, but let’s not hold that against it. In short, this game is a surprisingly fun ride; let’s find out why.

The game has a simple premise: you control a gnome on a mission to save the princess from peril. And collect socks. I can’t help but think of South Park’s “Underpants Gnomes” at this point since, aside from running through 130 levels, you’ll also have to collect a minimum number of socks to proceed. And therein lies the challenge.

Your trusty gnome runs automatically from left to right, with you at the helm to jump, float, and charge your way through. The game introduces the abilities periodically throughout the game. You begin by simply avoiding obstacles and floating across large gaps, which is fun and challenging in itself. Soon you’ll learn how to charge through tree trunks as an angry red gnome. Finally – as if you weren’t running fast enough already – you can gain more speed as a nimble blue gnome to duck under falling objects and jump even further. 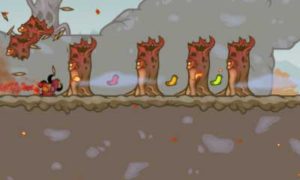 Barge through tree trunks as the angry red gnome

It’s exhilarating stuff, and did I mention it was challenging? These are some hard-as-nails levels, and I was hoping to finish all 130 before posting my review, but sadly I was bested by the time I reached level 90. It borders on being frustrating, but there are several checkpoints within the level to make it bearable. The deaths are quick and the game resets quickly, almost seamlessly, so it’s extremely easy to keep going until you reach the next checkpoint and eventually pass the level. There’s also an option to skip a level – just one level, though. To skip another, you’ll have to go back and finish that first skipped level.

Levels are not impossible, but require frequent retries to master the jumps, ducks, and weaves. By which I mean, I died over 200 times in some levels – there’s a handy little counter at the top to tally your deaths. There’s even a little gore, with a bloody explosion after running into sharp rocks – or almost any edge – but our dependable gnome simply respawns at the last checkpoint for more pain and socks. 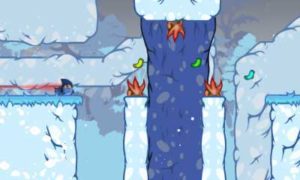 Run even faster to make those longer jumps

I was pleasantly surprised to see that the game uses 3D graphics, a rarity in these budget titles. The graphics are decent overall, with good level design featuring colorful sprites, backgrounds, and platforms that make this look much more than a budget title. It’s not Mario, but it’s up there in terms of quality.

Not the same can be said for the sound, which is a downside. It’s very, very fast and repetitive, and extremely annoying (to me at least). It technically suits the quick style of the game, but honestly I played the game with the sound off for most of the time. 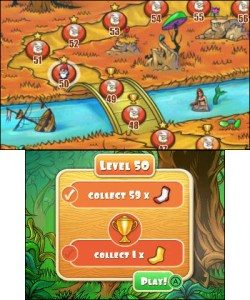 The world map is displayed up top and number of socks required on the bottom screen.

Thankfully, the controls are great, very responsive and easy to learn. Jump, duck, glide, run faster, all with the D-pad and A button. This is definitely a good thing considering how quickly you need to change from sprint to duck in some areas. Quick reflexes are essential here.

Overall, I found myself coming back to this game again and again, it was very addictive in short bursts. I haven’t completed it yet, and that difficulty factor will put casual players off, but for the budget price of $4.99 this is good value considering how much time you’ll be spending collecting socks.

This is a fun and challenging game. The level of difficulty means that it won’t be for everyone, but if you enjoy a harder runner or platformer, this is worth trying. With the sound off.