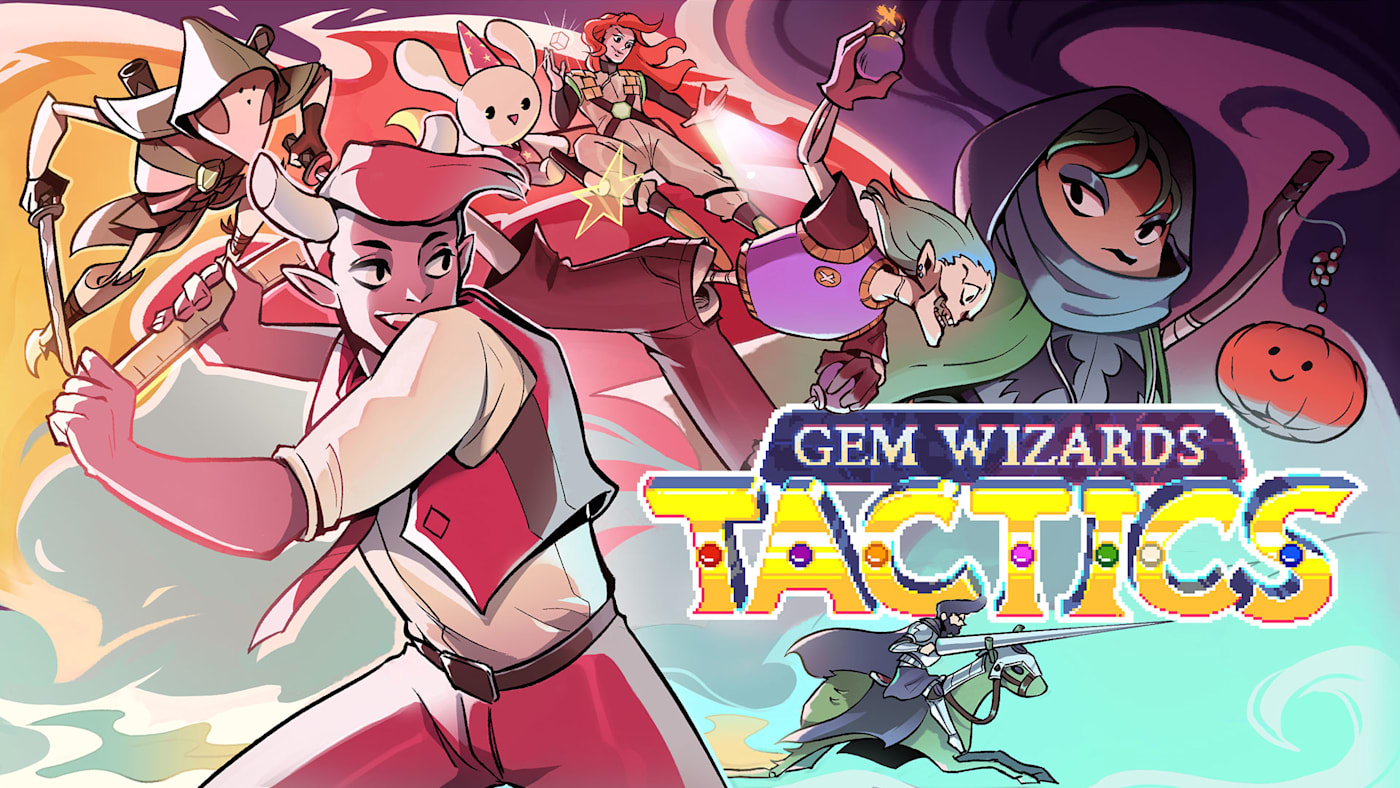 Gem Wizards Tactics is a turn-based action game for the Nintendo Switch. Think of it as a simple, B-grade version of Fire Emblem. Have you got that picture in your head? Good. Now let’s find out if it’s worth your time.

There’s a story somewhere here, but it’s short and forgettable. Basically, there are three factions fighting one another to control gems and towers. You command one team on the battlefield while your opponent is AI-controlled. The tutorial and short story mode do an excellent job of introducing you to the mechanics, but both are over quickly. You’ll spend most of your time playing campaigns.

In the campaign mode, you can choose your faction and your team. The goal is to battle through eight randomly generated levels as you capture the flag along the way. The premise is simple enough, but the AI has a crucial advantage – more enemies randomly spawn on the map in an attempt to thwart your progress. It progressively becomes more challenging, too, though you unlock new characters along the way and can switch them out in between each level. 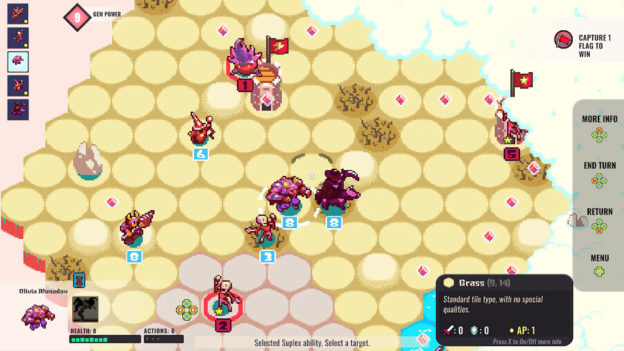 The gameplay is simple and akin to Fire Emblem or Advance Wars. You can move each unit a number of spaces during your turn, selecting an action before handing it over to the enemy. The varying terrain affects your stats, such as grassy areas that provide cover and consequently increase your defense. In addition, you can perform an attack when you’re next to an enemy or a special ability if you have enough gems. If you’re familiar with these turn-based maneuvers, you’ll feel right at home.

While this tactical game does some things well, the main downside is the user interface. The small text and differing font sizes create a distraction that’s hard to read, making it seem less polished. I also found myself squinting at the screen, both in handheld and docked modes (on my 55-inch OLED TV, no less), which is not the best way to play. You can zoom in on the map, which works well for characters, but does nothing for text size. 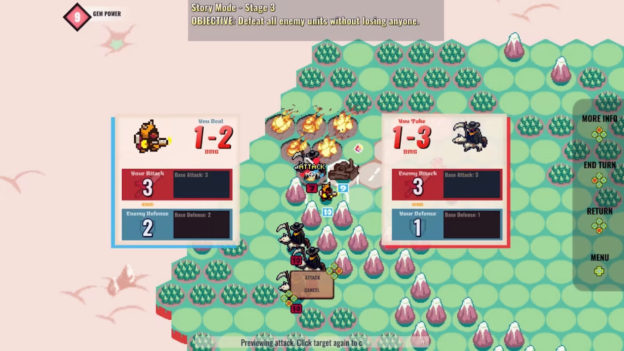 There are a few other negatives. A somewhat lengthy loading screen greets you when you first boot up, strange for a small game like this. Another oddity was when I accidentally pressed the minus button during play, which isn’t listed as having any effect under “Controls” in the menu. The game froze then whisked me back to the beginning of the level without warning! Also, when you restart a mission after dying, there’s no way to skip the dialogue, a little annoying for an otherwise fast-paced game. The dialogue itself has a few errors; it’s not the worst I’ve seen, but I’m fussy when it comes to correct grammar in games. Again, it gives an unpolished feel.

Having said that, this is a budget title. It’s available for only $1.99 on the eShop at the moment, which I’d say is worth it. I wouldn’t be as happy paying the usual $12.99, so if you’re interested, pick it up while it’s on sale. It might just scratch that tactical itch before Advance Wars drops next month.

One element I quite enjoyed was the soundtrack. The music on the battlefield is genuinely engaging, with interesting semi-retro sounds coupled with guitars to give a full-sounding backdrop. The graphics are also well presented (apart from the dialogue), with some cute and colorful characters. My only gripe is that some colors clash, making it sometimes unclear where the cursor is and which character is at play. 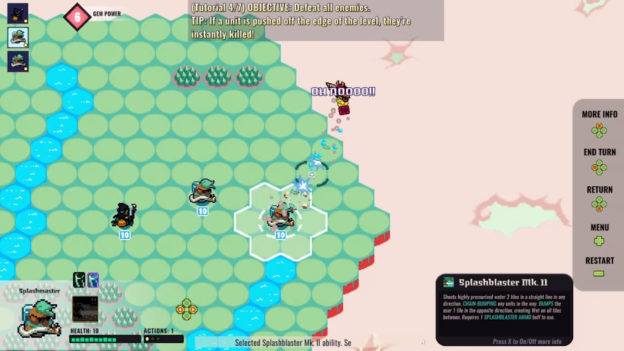 Overall, Gem Wizards Tactics is a fun, if unpolished, tactical game with some solid gameplay that’s marred by its presentation. The soundtrack appealed to me and, with some visual updates, this could be a higher-quality title.

Gem Wizards Tactics has some fun tactical battles going on with cute-looking characters. While the design elements can make it harder to enjoy, if you’re in the mood for a simple version of Fire Emblem and can grab it on special, it could be worth a go.